Yesterday was one for the books. The NBA Finals tipped off alongside The Match (Part 4), and a pair of international soccer tournaments needed penalty shootouts. Wimbledon inches closer to its weekend crescendo, and the Stanley Cup Finals are back tonight. Could the Lightning clinch? July’s sports blitz is picking up steam… 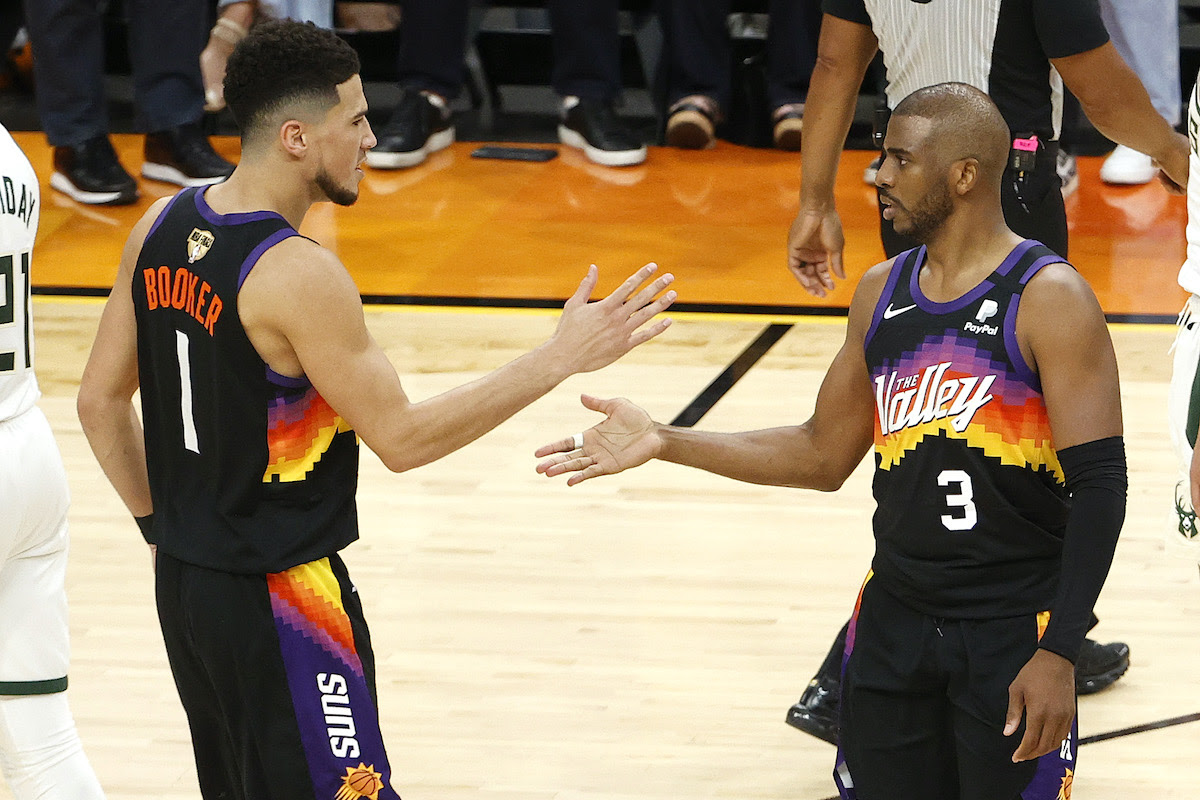 There was good news and bad news for Milwaukee Bucks fans on Tuesday. Giannis Antetokounmpo, their reigning two-time MVP, came back from a knee injury and played significant minutes (20 pts, 17 rebs). But even with Giannis on the floor, the Suns were just too good. Phoenix hosted its first NBA Finals game in 28 years, and the desert was rocking. The Suns outscored Milwaukee in each of the first three quarters to put Game 1 out of reach by the fourth. The trio of Chris Paul (32 pts, 9 asts), Devin Booker (27 pts) and DeAndre Ayton (22 pts, 19 rebs) combined for 81 points as all three stars shot a collective 56 percent from the field and 100 percent (20-for-20) from the free-throw line. The shining Suns look hard to beat after the first meeting.

The Suns in Game 1s

Chris Paul (32 pts, 9 asts) became the first player to have at least 30 points and 8 assists in his NBA Finals debut since Michael Jordan (1991).

CBS Sports: Suns Dominate Bucks Inside & Out in Game 1

The Undefeated: The Song That Challenged Devin Booker to Take it to the Next Level 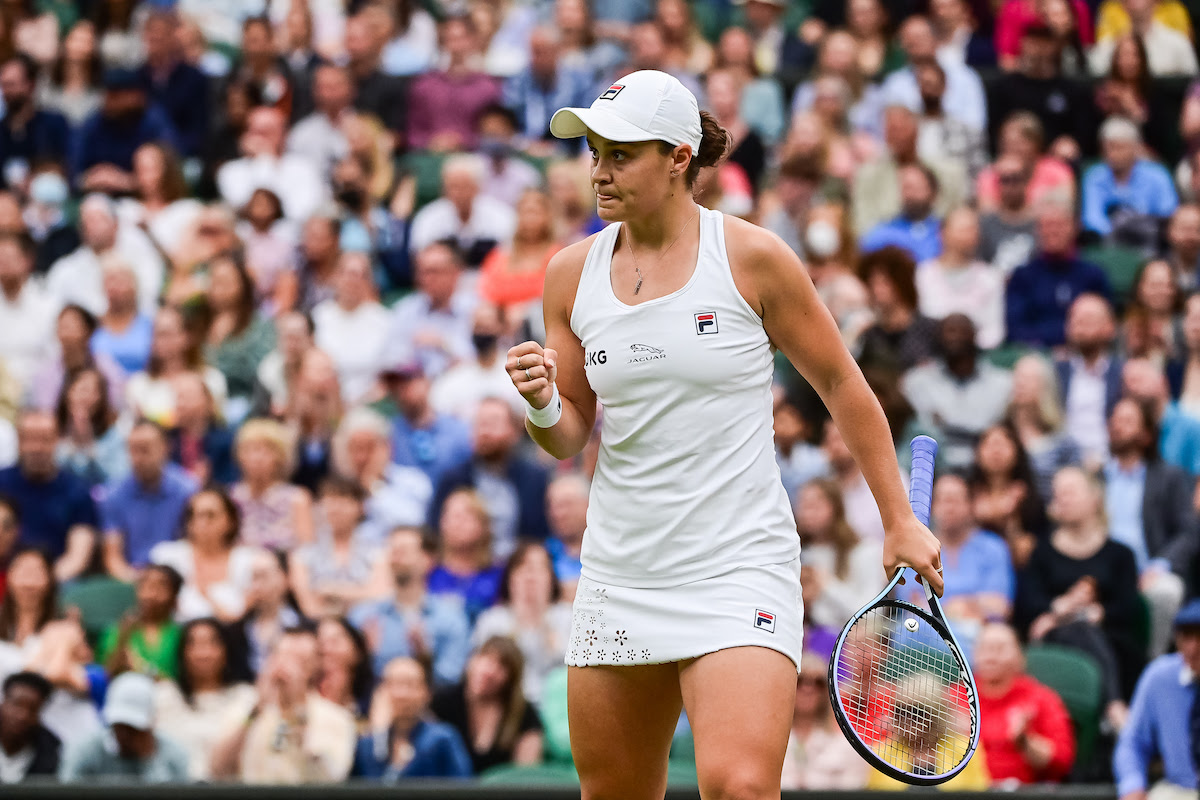 The women’s quarterfinals at Wimbledon were wide open after the early rounds, but (1) Ashleigh Barty is making a statement. Barty became the first Australian woman to reach the semifinals in more than 20 years (2000), and it’s now her tournament to lose. 2-seed Aryna Sabalenka also punched her ticket to the next round alongside (8) Karolina Pliskova and (25) Angelique Kerber, all in straight sets. None of the quarterfinals matches were ever in doubt, but Barty holds the cards as she looks to win her second career slam. The men’s quarterfinals take Centre Court this morning.

All match highlights can be found here: wimbledon.com 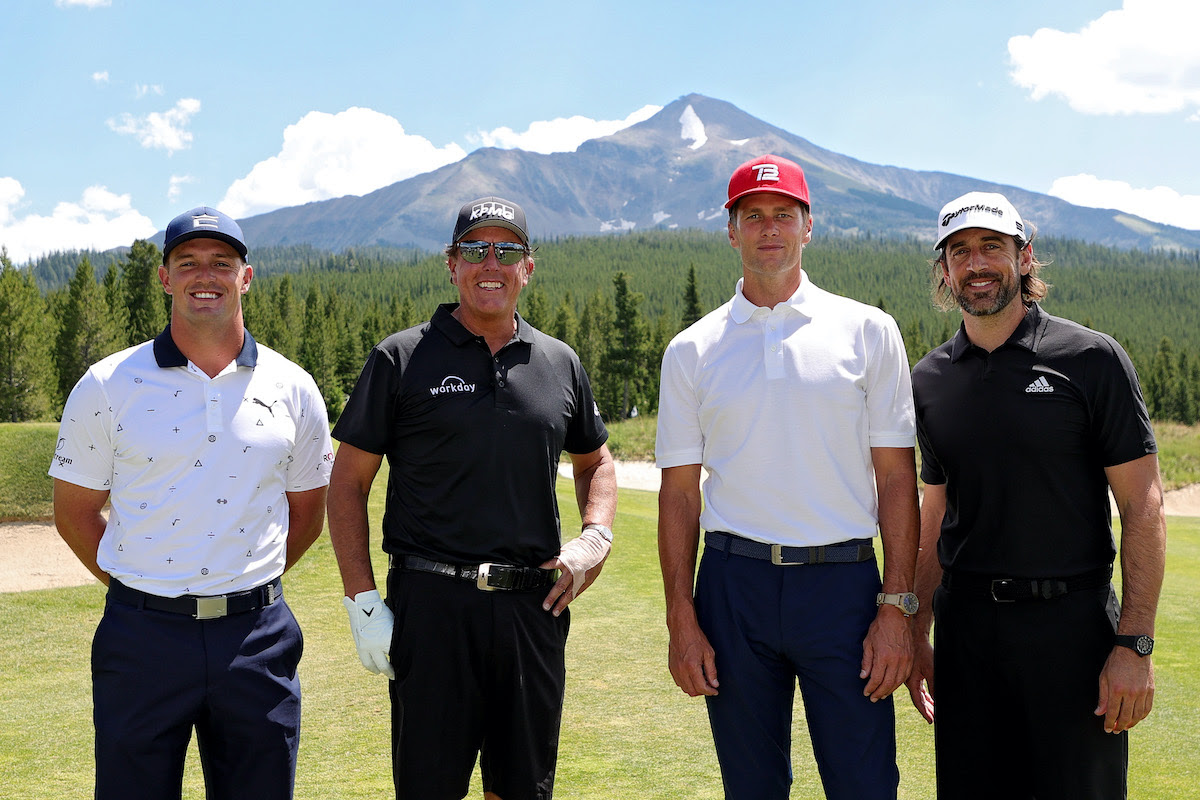 Aaron Rodgers’ Birdie Putt Wins The Match IV, But His NFL Questions Were the Big Story

Scoff if you must at celebrity golf, but one of Tuesday’s marquee events was must-see television. Aaron Rodgers and Bryson DeChambeau faced off against Tom Brady and Phil Mickelson in the fourth rendition of The Match — the charity golf outing featuring Mickelson and his rotation of pro-athlete buddies. This time around it was Rodgers and DeChambeau who took down the aging legends (4&3) at Moonlight Basin in Big Sky, Montana. Rodgers sunk three birdies in a row on the back-nine, including the winning putt to seal the win. But the real story? His future with the Green Bay Packers.

The Packers’ disgruntled quarterback has been the subject of offseason drama throughout the summer, and The Match marked his first true public appearance since it all begin. It didn’t take long for the jokes and questions to infiltrate the feed. In typical Rodgers fashion, he downplayed the ongoing dispute with the organization and joked about giving Charles Barkley (TNT) the inside scoop off-camera.

With only three weeks until training camp, one thing seemed certain from watching The Match — Aaron Rodgers is enjoying life away from football. 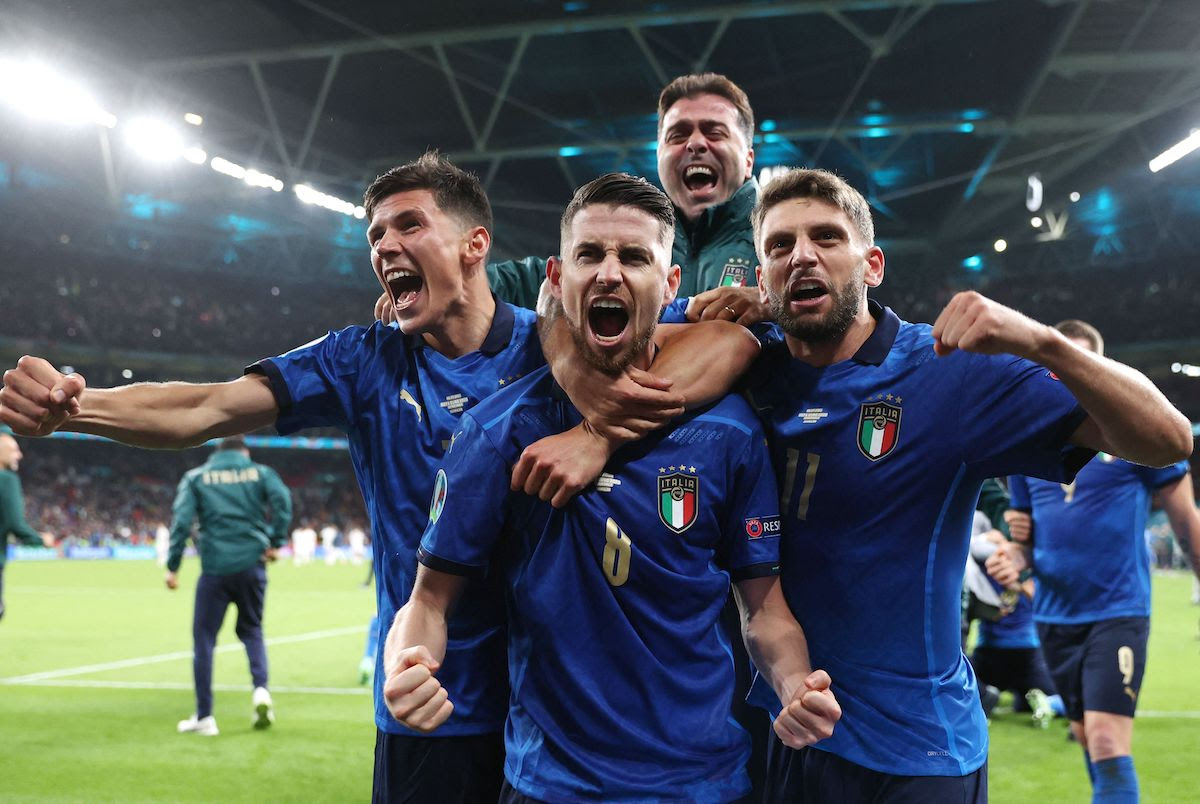 The first finalist of the Euro 2020 Tournament is through. Italy knocked off Spain in a wild penalty shootout on Tuesday (1-1, 4-2 PKs). The Italian side won the iconic rivalry despite Spain’s dominating possession (71-29). The Spaniards took twice as many shots and completed twice as many passes. It was a goal from Federico Chiesa (60’) that gave Italy a 1-0 lead in the second half, but Spain’s tournament hero, Alvaro Morata, clapped back 20 minutes later (80’) before a scoreless extra time.

In PKs: The teams were tied 2-2 before Federico Bernardeschi (Italy) scored and keeper Gianluigi Donnarumma shut down Morata’s PK attempt. Then Jorginho, the Brazilian-born Italian, fired a dazzling finish from the spot. La celebrazione!

FOX Sports: The First Finalist of Euro 2020 Was Decided With High-Stakes Drama and, Ultimately, a Penalty Shootout

️ MLB: Ohtani Does It All for Angels

Just two days after making MLB history as the first player selected to the all-star game as both a pitcher and position player, Angels’ Shohei Ohtani started on the mound against the Red Sox. He tossed a seven-inning gem (5 H, 2 R, 4 Ks) while also delivering a 2-RBI double. Angels won, 5-3.

The Copa America semifinal between Argentina and Colombia needed PKs after a 1-1 draw, and  the Argentinian side are heading to the finals (3-2, PKs). Lionel Messi was brilliant with an assist in regulation and a goal in the shootout. It’ll be Messi and Argentina against Neymar and Brazil in the finale on Saturday night.

TDF: Cavendish Closes in on Record

Mark Cavendish captured Stage 10 for his third stage win of the Tour de France on Tuesday in Valence. The 36-year-old cyclist now owns 33 stage victories in the race, one short of the all-time record held by Eddy Merckx. Tadej Pogacar still leads the overall standings.

Johnny Manziel on the NIL Changes

Johnny Manziel made thousands of dollars for covertly autographing items just weeks after he won the Heisman Trophy with Texas A&M back in 2012. That would have been a big no-no had it been substantiated back then. Now, the NCAA’s change in stance has once-college stars like Manziel ecstatic. (USA Today)

Playing For Their Jobs

It won’t be long before NFL teams begin their preparation for the 2021 season, as training camps open at the end of July. But there’s a fight for roster spots, and everyone from Super Bowl MVPs to underachieving former top draft picks will be playing for their jobs. Here are 32 cut-line candidates, one from each NFL team. (ESPN)

The New York Yankees are just 42-41 with a minus-11 run differential as we near the all-star break. They’ve lost seven of their last nine, and pitchers Gerrit Cole and Aroldis Chapman have struggled mightily since the MLB’s crackdown on foreign substances. Will they sink or swim in the second half of the season? (CBS Sports)

Naomi Osaka Documentary to Premiere on Netflix Ahead of Olympics