The Olympics have finally returned. To celebrate, we’ve brought back The Underdog at the bottom of today’s edition. Our hands are full with 47 different sports in action over the next 16 days, but we’re up to the task. We’re glad you’re joining us for The Sportsletter’s first-ever Olympic experience… Let’s have some fun. 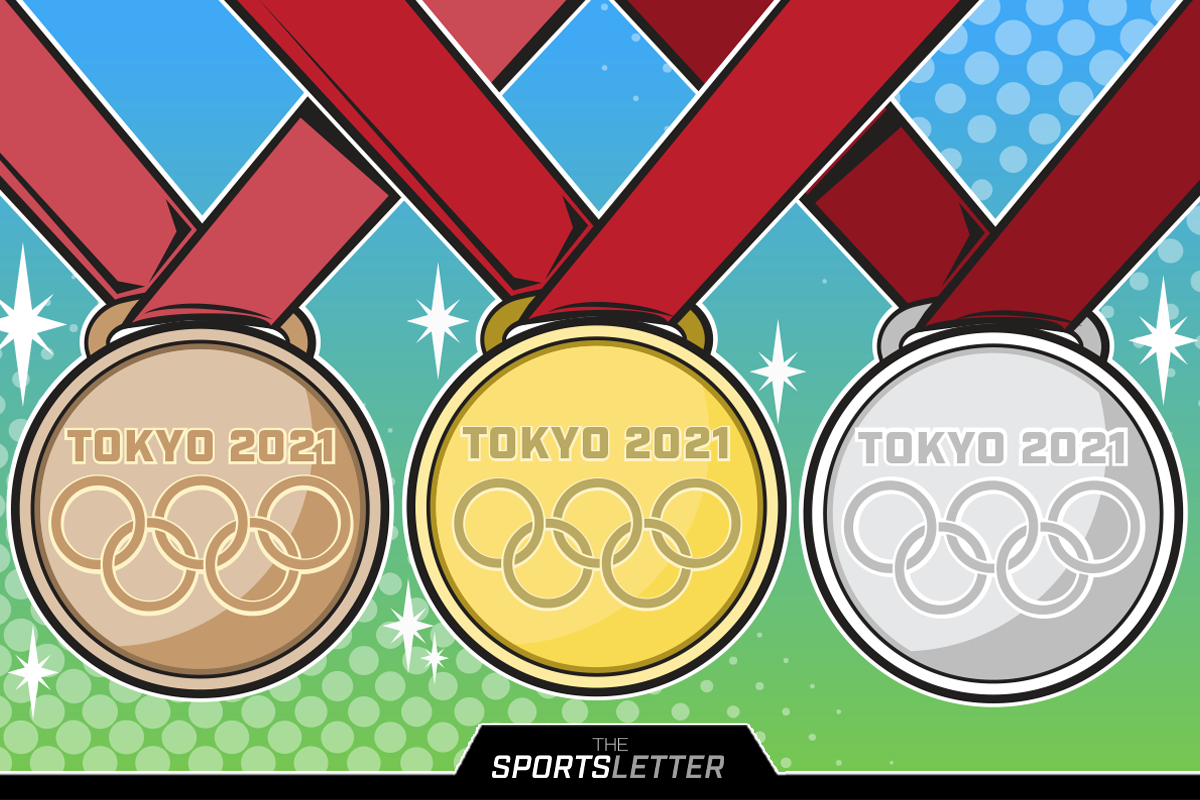 Olympics 101: The Guide to Tokyo (By Connor Groel)

We had to wait an extra year, but the Tokyo Summer Olympics are finally here! Some sports like soccer and softball have already begun, but the Opening Ceremony is about to start (7:00 am ET on Peacock and NBC). If you’re reading early in the AM, turn it on! There will also be a rebroadcast tonight at 7:30 pm ET. Today, we’ll get you ready for everything you need to know about the next 16 days in Tokyo.

Note: The Olympics will consist of 339 events in 47 different sports categories and run through August 8.

The Guide to Tokyo

How Can I Watch?

NBC has the sole rights to broadcast the Olympics in the United States. Coverage will be live each day on NBC and its family of networks, including NBC Sports, the Olympic Channel, USA, CNBC, and the Golf Channel. There is also Spanish-language coverage on Telemundo and Universo. Major events will be shown on tape delay during primetime. Online and streaming options are available through Peacock, NBC Sports, and NBCOlympics.com.

What Are the New Olympic Sports?

After being absent since the 2008 Beijing Summer Olympics, baseball and softball are both back in the Olympics this year. There will also be four sports making their Olympic debuts:

What Are The Major Sports to Watch?

Gymnastics: Gymnastics is always one of the big Summer Olympics sports, and this year will be no different. Simone Biles is arguably the must-watch athlete of the entire Games. The 24-year-old won four gold medals including the all-around title back at Rio 2016, and she’s only gotten better. Biles has cemented herself as the greatest female gymnast of all-time. Her Team USA teammates, Sunisa Lee, Jordan Chiles and Grace McCallum will compete alongside her in the team event, while Jade Carey and MyKayla Skinner will compete as event specialists.

On the men’s side, Sam Mikulak returns for his third Olympics, and will be joined by Brody Malone, Yul Moldauer, and Shane Wiskus in the team competition, with Alec Yoder as the plus-one selection.

Basketball: Following the conclusion of the NBA Finals, Khris Middleton, Jrue Holiday, and Devin Booker all boarded flights to Tokyo to join the U.S. Men’s Olympic Team. The men’s and women’s teams are both favorites to win it all, having taken the gold medal in seven and eight of the past nine Olympics, respectively. However, both teams encountered difficulties in their exhibition games earlier this month. The men’s team dropped back-to-back games against Nigeria and Australia while the women’s team lost to the WNBA All-Star Team before also falling to Australia. Both tournaments should be very competitive as basketball continues to grow globally. Additionally, 3×3 basketball is a part of the Olympics for the first time.

Women’s Soccer: Led by familiar faces such as Alex Morgan, Megan Rapinoe, and Tobin Heath, the USWNT entered Tokyo as favorites to win their fifth Olympic gold medal. Although they have won the most recent two World Cups, the USWNT were eliminated in the quarterfinals by Sweden at Rio 2016. However, with an opportunity to avenge that defeat, Team USA lost their opening game of this year’s tournament to Sweden 3-0 on Wednesday. They’ll need to regroup in their remaining group stage matches against Australia and New Zealand.

Other Sports: While those are just a few of the highlights, there are many must-watch sports, including swimming, track and field, and tennis. The best way to watch the Olympics is simply to take in as much as possible. You’ll never know what surprise athletes, stories and moments take place as the world’s bests compete for gold.

What’s the Situation with COVID-19?

American athletes including Bradley Beal (basketball), Coco Gauff (tennis), Katie Lou Samuelson (basketball), Taylor Crabb (beach volleyball) and Kara Eaker (gymnastics) have been forced to withdraw from the Olympics after testing positive for COVID-19. Athletes competing in the Olympics will receive daily COVID-19 tests and are being asked to wear masks and follow social distancing protocols. Additionally, athletes must leave the Olympic Village within 48 hours of elimination from their event or the end of their event. There will also be no fans allowed at any of the events.

The Sportsletter will have complete Olympics coverage of Team USA and other major performances throughout the next two weeks, but the timing of our publication (7:00 am ET) will often take place during peak competition hours. You can find a daily medal count in the newsletter, as well as links to track events happening live each morning.

WSJ: The Olympics Are Turning Into a $20 Billion Bust for Japan

Bucks Parade: 50 Years in the Making

Giannis Antetokounmpo and the Bucks secured the franchise’s first championship in 50 years Tuesday night, and the party continued into Thursday in Milwaukee. Here are some of the best moments and speeches from Milwaukee’s Championship Parade. (Sports Illustrated)

The 2021 NHL Draft begins tonight with the Buffalo Sabres making the first selection. The lack of a clear-cut No. 1 prospect adds to the uncertainty of the class. Here’s a look at how the top-32 players shape up in this year’s draft. (Sporting News)

America’s team kickstarted NFL training camp this week, and the Cowboys are the subject of HBO’s ‘Hard Knocks’. Dallas features some of the best playmakers in the sport and an overhauled defense. The only question is whether offseason hype can finally turn into regular-season wins. (The Ringer)

Cleveland Indians Decide on New Team Name, But Not Ready to Reveal It

Let the Games begin! With hundreds competitions over the next two-plus weeks, there’s a lot to keep an eye on through our daily (yes, daily) must-watch list. We can’t give you every date and time of each game, but we’ll keep you up-to-date on the majority of events as they unfold. Here’s what to look for this weekend:

Sports in Action This Weekend

All Team USA events will air live on Peacock / NBC or tape-delayed in prime time on NBC affiliates.