With a championship on the line in Game 6, the Greek Freak delivered one of the most iconic performances in NBA Finals history. At 26 years old, Giannis Antetokounmpo’s greatness is only just beginning… 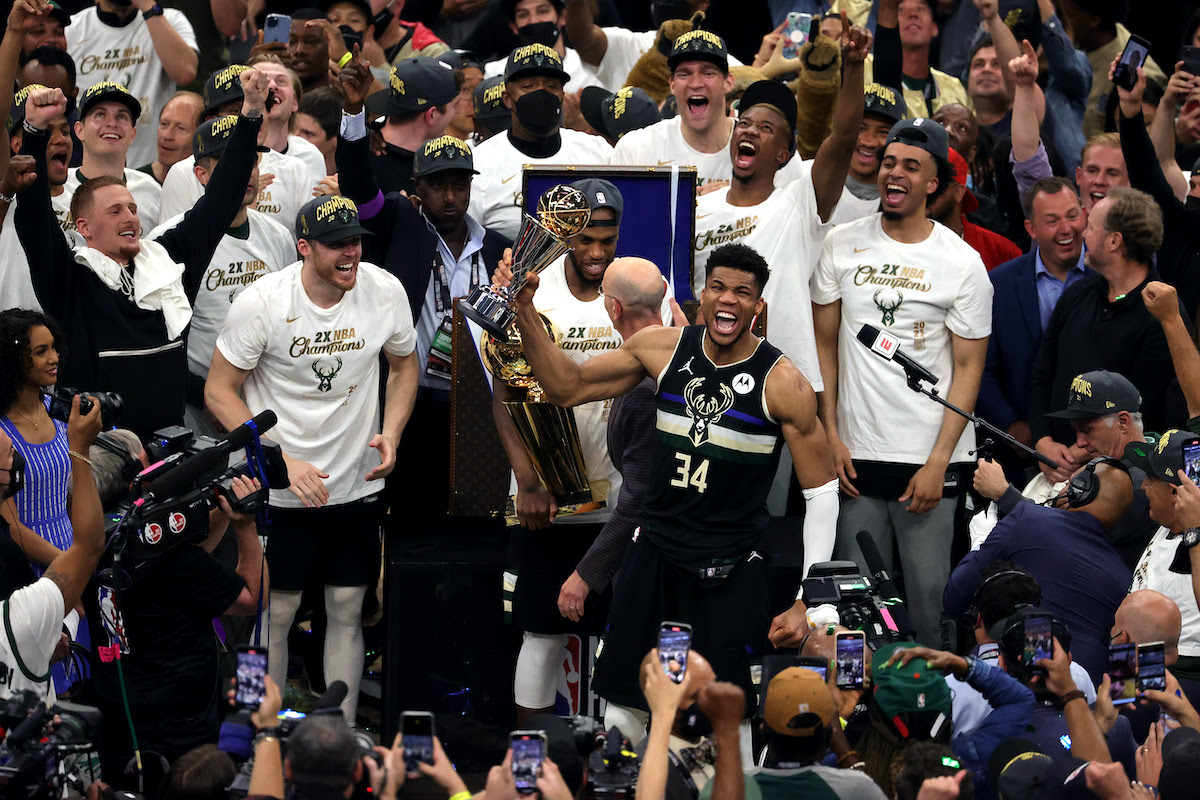 The Milwaukee Bucks are NBA champions! After falling down 2-0 to the Phoenix Suns in the NBA Finals, the Bucks won four straight games culminating in a Game 6 celebration (105-98) that halts a 50-year championship drought (1971). The reigning two-time MVP, Giannis Antetokounmpo, reached a new level of stardom by adding two achievements to his resume on Tuesday night — a 50-point Finals performance and his first NBA title. With 17,000 fans inside Fiserv Forum and 65,000 outside in the Deer District starving for a title, Milwaukee is once again a city of champions.

How Game 6 Was Won

The Bucks stepped on the Suns early in Game 6, taking a 13-point lead by the end of the first quarter. Phoenix rallied fast, outscoring Milwaukee by 18 in Q2 to take a five-point halftime lead. The Bucks regained the advantage late in the third and never surrendered, staving off countless, last-ditch efforts to force a Game 7 by Chris Paul (26 pts) and Devin Booker (19 pts). A dagger from Khris Middleton pushed the lead back to six (102-96) with just 57 seconds left before a free-throw-filled finish, including one last shot from Giannis for the 50-piece.

The Bucks raised their first Larry O’Brien trophy since 1971 when they beat the Washington Bullets in four games with Kareem Abdul-Jabbar and Oscar Robertson. Tuesday night’s win ended the fourth-longest active title drought in the NBA. Only the Kings (71 years), Hawks (63 years) and Suns (53 years) have waited longer.

The Greek Freak became the seventh player in NBA history with a 50-point game in the NBA Finals, and just the second ever to do it in a series-clincher. Giannis had three 40-plus performances in the Finals, including 42 points in Game 2 and 41 points in Game 3 before Tuesday’s historic 50-ball. He signed a five-year, $228 million contract extension with the Bucks just a few days before the season began. Now, the two-time MVP is an NBA champion and Finals MVP.

“Eight years ago, before I came into the league, I didn’t know where my next meal would come from. My mom was selling stuff in the street. And now I’m here sitting on the top of the top. I’m extremely blessed… If I never have the chance to sit at this table ever again, I’m fine with it. But I hope this can give everybody around the world hope, and allow them to believe in their dreams.” — Giannis Antetokounmpo

Want one better? Giannis is just the second player in NBA history to win MVP, Defensive Player of the Year, All-Star Game MVP and Finals MVP. The other is Michael Jordan. Again, he’s 26 years old.

That’ll do it for the 2020-21 NBA season. Stay tuned for the NBA Draft (July 29) and Free Agency (Aug. 2) as well as Team USA basketball coverage in the Olympics.

The Ringer: The Bucks Have Their Savior, And Their First NBA Championship in 50 Years

The Sportsletter Team has done it again. Just over half of you correctly picked the Bucks in 6 in yesterday’s NBA Finals poll. Collectively, you’re 12-for-13 as a group in 2021 pick ’ems (and this was a three-option question). Keep it up!

Rodgers Rate: It’s Not About the Bag 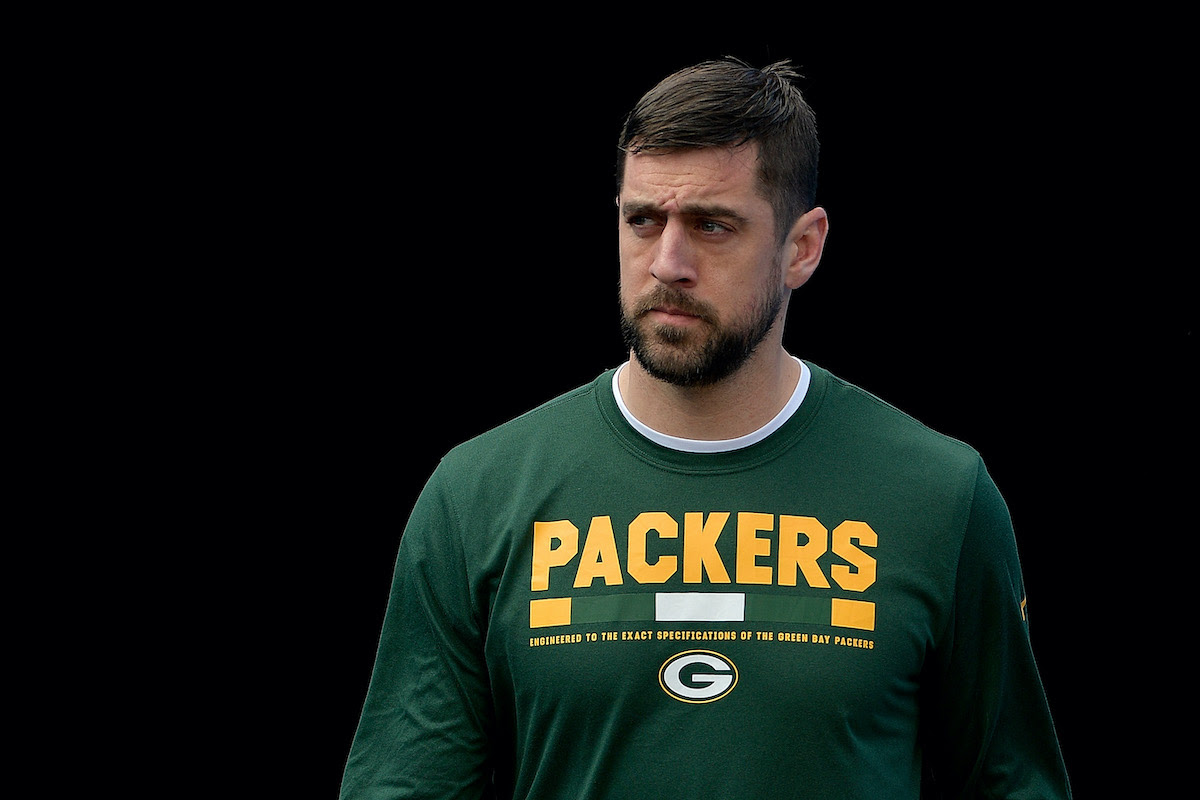 There’s another chapter in the Aaron Rodgers saga, and it’s not good news for Packers fans. ESPN’s Adam Schefter reported Tuesday that Rodgers turned down a lucrative contract offer that would’ve tied the MVP to Green Bay through 2025 and made him the highest-paid player in the NFL. The 37-year-old remains firm in not reporting to the team due to philosophical issues with GM Brian Gutekunst. It’s still uncertain whether Rodgers will break and join the team for training camp later this month to fulfill the final year of his current 4-year deal. He can then leave Green Bay as a free agent in 2022.

Editor’s Note: The report that claims the Packers were willing to make Rodgers the “highest-paid player in the NFL” means he would’ve made more than $45 million per year (Patrick Mahomes). Rodgers’ current salary is $33.5 million.

Another day, another gut-wrenching headline for the Green Bay Packers.

Fun Fact: Aaron Rodgers is part owner of the Milwaukee Bucks. Even in his holdout, he’s winning championships.

The Pennant Races Heat Up 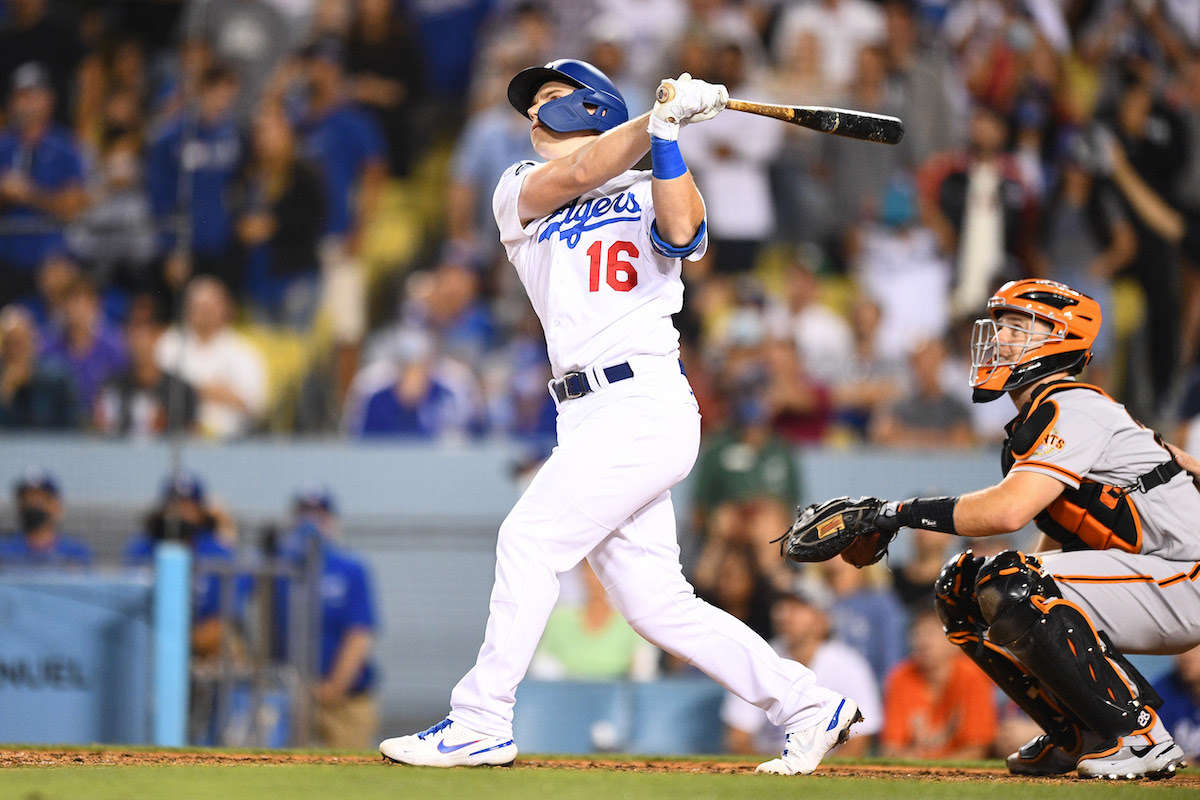 As we turn our focus to Tokyo this week, there’s one major American sport that won’t be taking a break for the Olympics… Major League Baseball. A year removed from the shortened 60-game season, the league is pacing through the 162-game slate, but no team has distanced themselves from the pack. Even the top teams in baseball are flirting with a .500 record in the month of July. A whopping nine teams — five AL and four NL — are in a dead heat for the division pennant. They’re separated by roughly five games, which means this year’s 10-team playoff could be a doozy. Let’s take a look at the pennant races with two months until the postseason.

*Highlight of the Night: Walk-Off Will Smith!

The Dodgers took the top spot in the National League from the Giants with a walk-off 3-run homer off the bat of pinch-hitter Will Smith (8-6).

SI: MLB Power Rankings: Yankees & White Sox Are Climbing, And the Mariners Are Somehow Sticking Around

ESPN: ‘It’s All Up in the Air’: How MLB All-Stars are Dealing With Trade Deadline Uncertainty

Bucs at the White House

The Tampa Bay Buccaneers visited the White House on Tuesday to celebrate their Super Bowl win over the Kansas City Chiefs, and Tom Brady had a few jokes for President Biden. “Not a lot of people think that we could have won… In fact, I think about 40% of the people still don’t think we won.” (Yahoo! Sports)

The “Ungodly Numbers” Behind NIL

Alabama coach Nick Saban hasn’t officially named Bryce Young the Crimson Tide’s starting quarterback, and yet Saban says that Young is already approaching $1 million in endorsement deals. “And it’s like, the guy hasn’t even played yet… But that’s because of our brand.” (ESPN)

Following a 12-month delay due to the COVID-19 pandemic, the 2020 Tokyo Olympics finally get underway for the U.S. women’s soccer team Wednesday, when the world No. 1 Americans take on Sweden, FIFA’s fifth-ranked squad, in both countries’ first group-stage match. (FOX Sports)

In the aftermath of the NBA Finals, our focus shifts to Tokyo. Even though the Opening Ceremony doesn’t officially light the flame until Friday, the events kicked off this morning (overnight). Here’s what we’re watching — or stayed up to watch — on this glorious Wednesday.

*Olympic schedules reflect accurate start times, but games will air later in the day for viewers in the United States. Please check your streaming service or TV provider for televised broadcast times.