Trophies were raised all over the globe this weekend. We’ve got a mind-blowing Monday letter that includes; two international soccer titles, the champions of Wimbledon, an NBA Finals bounce-back, UFC drama, a pre-Olympic upset alert, the Tour de France and even the 2021 ESPY Awards. The sports don’t stop, and neither do we. 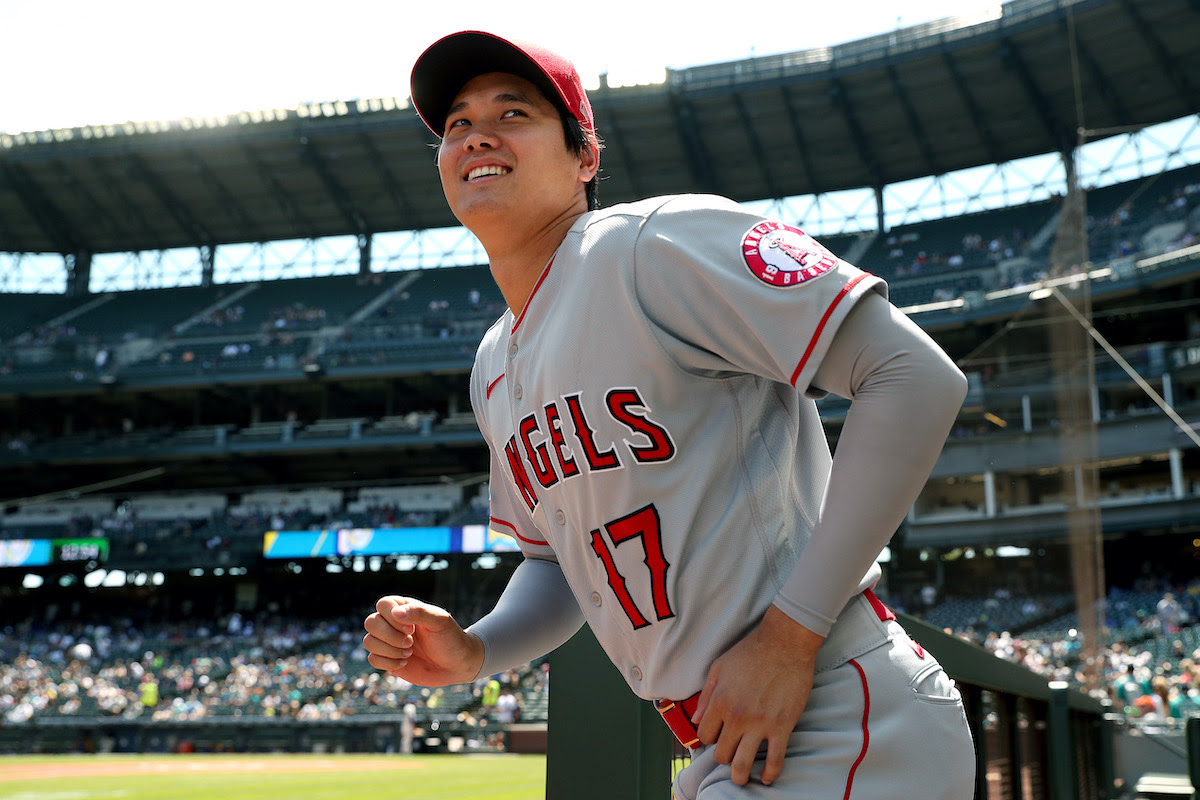 The Home Run Derby is always one of the most exciting parts of MLB’s All-Star festivities, and this year’s competition brings out some of the biggest bats in baseball. The summer smash party is about to take center stage. Here’s what you need to know.

All Eyes on Shohei Ohtani

Eight sluggers will compete in a bracket-style competition for the crown, but the attention will certainly be focused on the Angels’ two-way phenom Shohei Ohtani, who has transfixed fans all season. Ohtani leads the majors with 33 home runs, but his performance on the mound also earned a spot in the All-Star festivities. He’s the first player ever to get the nod as both a pitcher and positional player. It was recently revealed that Ohtani doesn’t even take batting practice, only adding to his growing legend.

But while Ohtani may be the favorite, it won’t be an easy road for the first-time derby participant. In the opening round of the contest, he’ll face the Nationals’ centerpiece Juan Soto (11 HRs), who led the league in OPS last season and just received his first All-Star selection.

Should he get past Soto, Ohtani will face either the Royals’ Salvador Pérez or defending champion Pete Alonso of the Mets, the only hitter in the field with previous Home Run Derby experience.

The other half of the bracket is headlined by the Rangers’ Joey Gallo who just reeled off home runs in five straight games and has as hot a bat as any in the field. He’ll take on the Rockies’ Trevor Story — the home-field swinger tonight at Coors Field. The winner of that matchup will face either Matt Olson or Trey Mancini.

Batters Have 3 Minutes in First 2 Rounds

Tiebreaker: 60-Second Swing-Off With No Stoppage

The Derby strikes an interesting balance, as each competitor must do enough to make sure they make it to the next round while still having enough in the tank to close things out. We’ll see who has the biggest bat in baseball tonight. 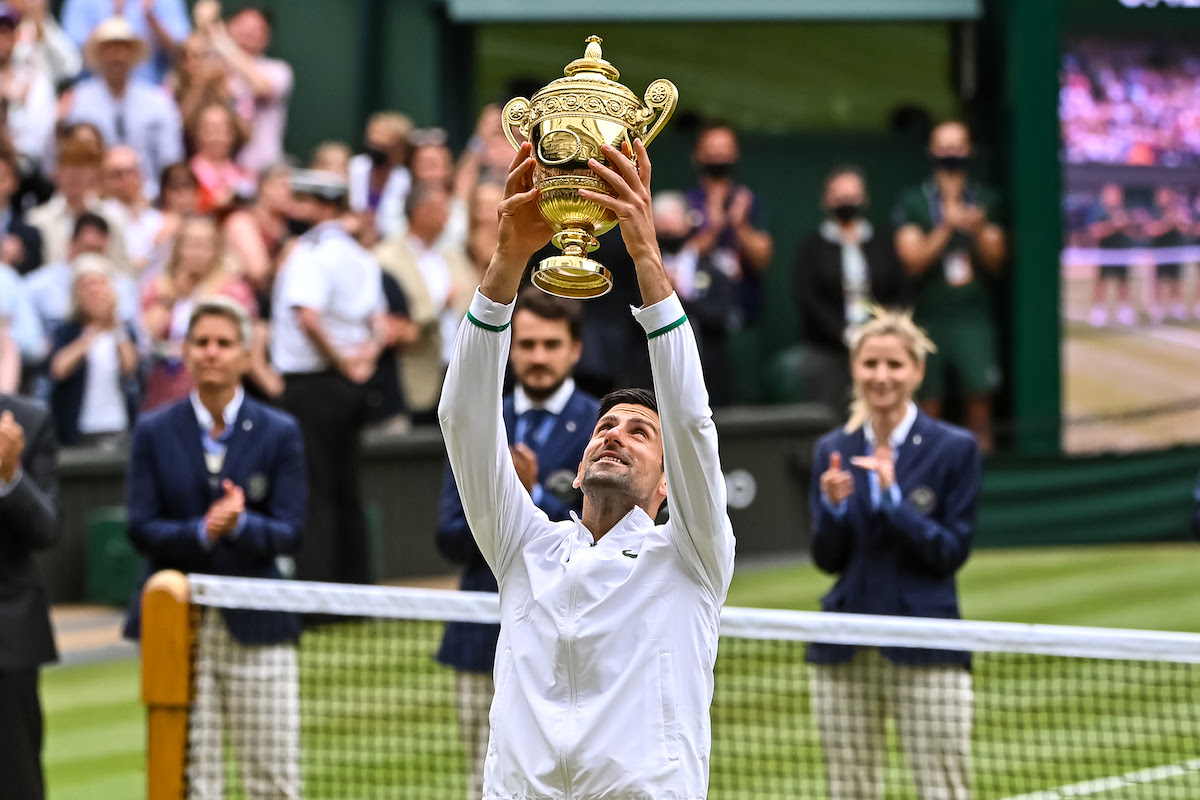 History was made at the All England club on Saturday and Sunday as both No. 1 seeds were brilliant again in the Wimbledon finals. (1) Novak Djokovic and (1) Ash Barty were unstoppable throughout the two weeks in London. Their composure only solidified their status as the top players in the world, and Djokovic is closing in on men’s singles history that hasn’t been done in more than a half-century. Here’s how Wimbledon was won:

After a two-year wait since her first grand slam, Ash Barty is a champion once again. The 25-year-old Aussie staved off Karolina Pliskova on Saturday to cap a dominating performance in this year’s tournament. Barty won the first 14 points of the match en route to a 4-0 lead in the first set. She lost just two sets in the entire two-week event, including one to Pliskova via tiebreaker in the second. Barty responded by winning four of the first five games in the third and final set to close out Pliskova, leaving the Czech star still searching for her first major victory.

It’s three up, three down for Novak Djokovic in 2021 majors. After dropping the first set to Matteo Berrettini on Sunday, “the Djoker” picked apart his opponent in the next three to claim his 20th career grand slam, bringing him even with Roger Federer (20) and Rafael Nadal (20) for the most in men’s tennis history. It was also Djokovic’s third straight Wimbledon crown, and his third slam of the year. After winning the Australian Open, French Open and Wimbledon, he can win the U.S. Open in September and become the first man to complete the calendar grand slam since Rod Laver (1969). 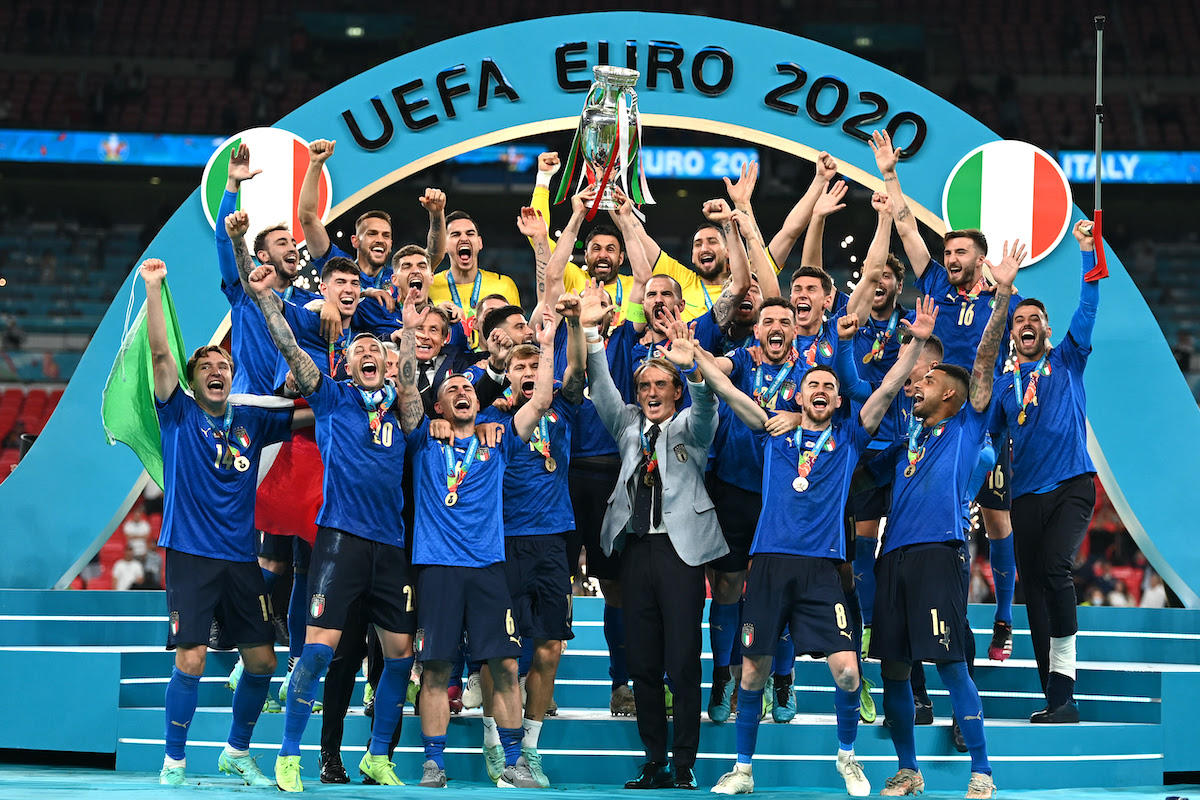 The two international soccer tournaments held their simultaneous finales over the weekend, and the result was a showcase of close, dramatic finishes where both host nations — England and Brazil — ended up on the losing side. Here’s how soccer’s continental crowns were earned:

Lionel Messi and Argentina raised the Copa America trophy on Saturday in Rio de Janiero after shutting out Brazil (1-0) behind Angel Di Maria’s first-half goal (22’). Di Maria got behind the back line and delivered a superb chip-in for the would-be game-winner. Brazil held the edge on the stat sheet, and Argentina’s lone goal was one of just two attempts on frame. It’s Argentina’s 15th Copa America championship, tying them with Uruguay for the most in tournament history, but it’s the first national team major title for Lionel Messi’s illustrious career.

A wild Sunday at Wembley Stadium came down to penalty kicks for the Euro title between Italy and England. Luke Shaw (2’) scored early to give the English side a quick advantage, but veteran Italian Leonardo Bonucci (67’) equalized late. The match needed penalty kicks despite Italy dominating the final in every category — shots (19-6) and possession (66-34). Jordan Pickford made a game-saving stop in penalties to give England a glimmer of hope, but Bukayo Saka’s attempt to tie was deflected by Italian goalkeeper Gianluigi Donnarumma. It’s another heartbreaking defeat for England as Italy won its second ever European title, and the first since 1968.

Fun Fact: Italy’s unbeaten streak is now at 34 matches, just one shy of the all-time international record held by Brazil (35) and Spain (35).

NY Times: Messi’s Glittering Career Finally Gets the One Honor it Was Missing: A Major Title With His National Team 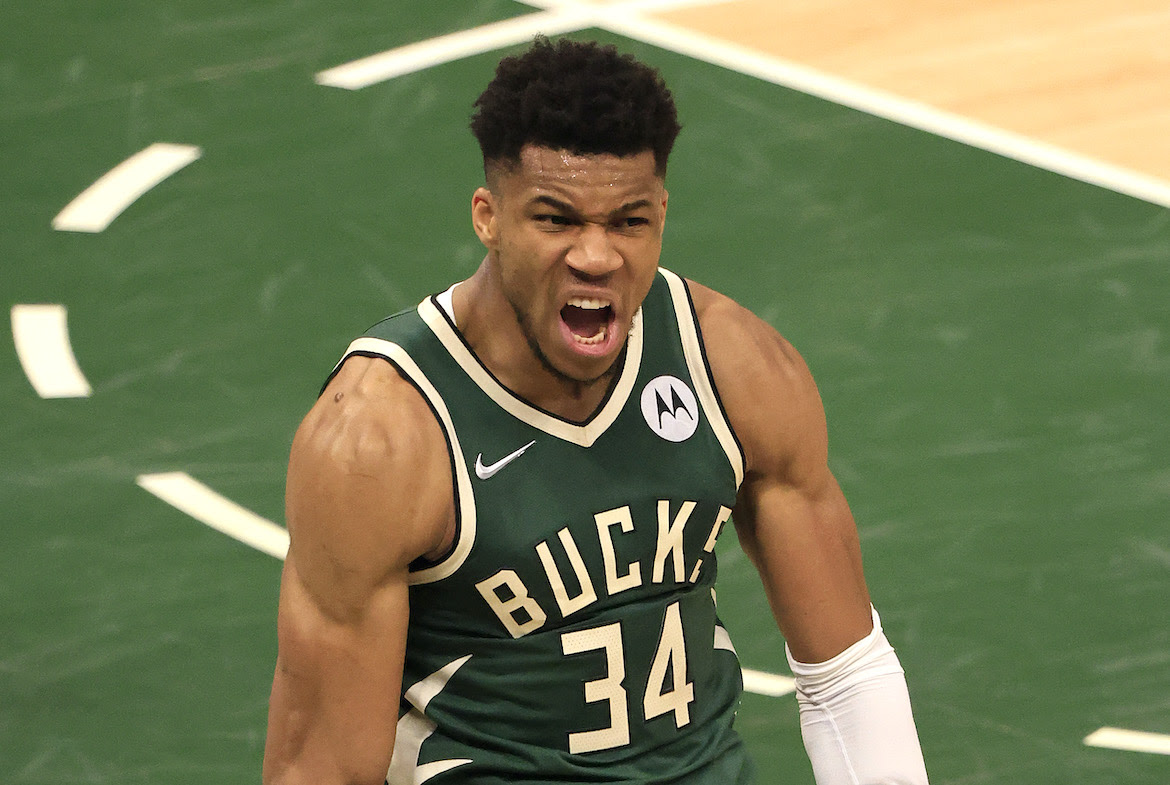 The NBA Finals swung from Arizona to Wisconsin for Game 3 on Sunday night. No team has ever overcome a 3-0 deficit in the history of the NBA Playoffs, making last night’s Game 3 a must-win for Milwaukee. And the Bucks delivered. Giannis Antetokounmpo went for 41 points, 13 rebounds and 6 assists in a dominating performance for the home fans. He got to the free-throw line 17 times and registered back-to-back 40-point games for the first time in his entire career, playoffs or regular season.

Cooling Off the Suns

The Suns were shining bright through 18 playoff games with a 14-4 record and no losses worse than 14 points. Sunday night was only Phoenix’s fourth 20-point loss of the entire season (91 games). They shot just 29 percent from 3-point range, and no Suns player scored more than 19 points. Devin Booker was held to a playoff-low 10 points.

The ESPY Awards celebrated the last year in sports on Saturday night in New York City. For the sake of time, we’ve listed the numerous award-winners here with links to ESPN tribute videos, additional details and stories. Congrats to the winners!

UFC 264 brought a massive trilogy showdown between Dustin Poirier and Conor McGregor, but the fight didn’t last long. A thrilling first round ended with McGregor snapping his ankle sideways in a freak accident. Both fighters were shocked at the surprise ending via doctor’s stoppage, but it’s Poirier who has now beaten McGregor twice in 2021.

The Tour de France rolled on through the weekend, and Sepp Kuss stole a surprise win in Stage 15 to become the first American to win a stage at the Tour de France since 2011. Kuss captured the first big mountain stage in the Pyrenees by 23 seconds. Tadej Pogacar still holds the yellow jersey with a five-minute overall lead.

The biggest upset of the weekend belonged to the Nigerian basketball team who shocked the USA (90-87) in a pre-Olympic exhibition on Saturday night. Team USA was 52-2 in exhibitions dating back to 1992. Nigeria had seven NBA players on the roster, and Gabe Nnamdi of the Miami Heat drilled six 3s for a game-high 21 points in the upset.

Jose Altuve crushed a three-run walk-off homer on Sunday to complete a six-run Astros’ comeback against the Yankees (8-7). The star of the night had his shirt ripped off at home plate as Houston added another devastating loss to New York’s struggling season.

The Sportsletter Team’s mission is to deliver every major highlight, analysis and storyline each weekday morning. While we take pride in covering everything across the entire sports landscape, the depth of sports coverage is at an all-time high, especially on weekends. If you feel we missed something important, or simply gave little acknowledgement to a major event, bare with us.

This Week: We’ll feature the MLB All-Star festivities, NBA Finals, the Tour de France and The Open Championship before turning our focus to the 2021 Tokyo Olympics.