The Year of the Old Guys

Still wondering if sports are back to normal? These scenes from the Indy 500 will prove it. More than 135,000 fans packed the Speedway for the largest crowd in sports since the pandemic began. The day ended with more history from another “washed up” athlete. The year of the old guys continues… 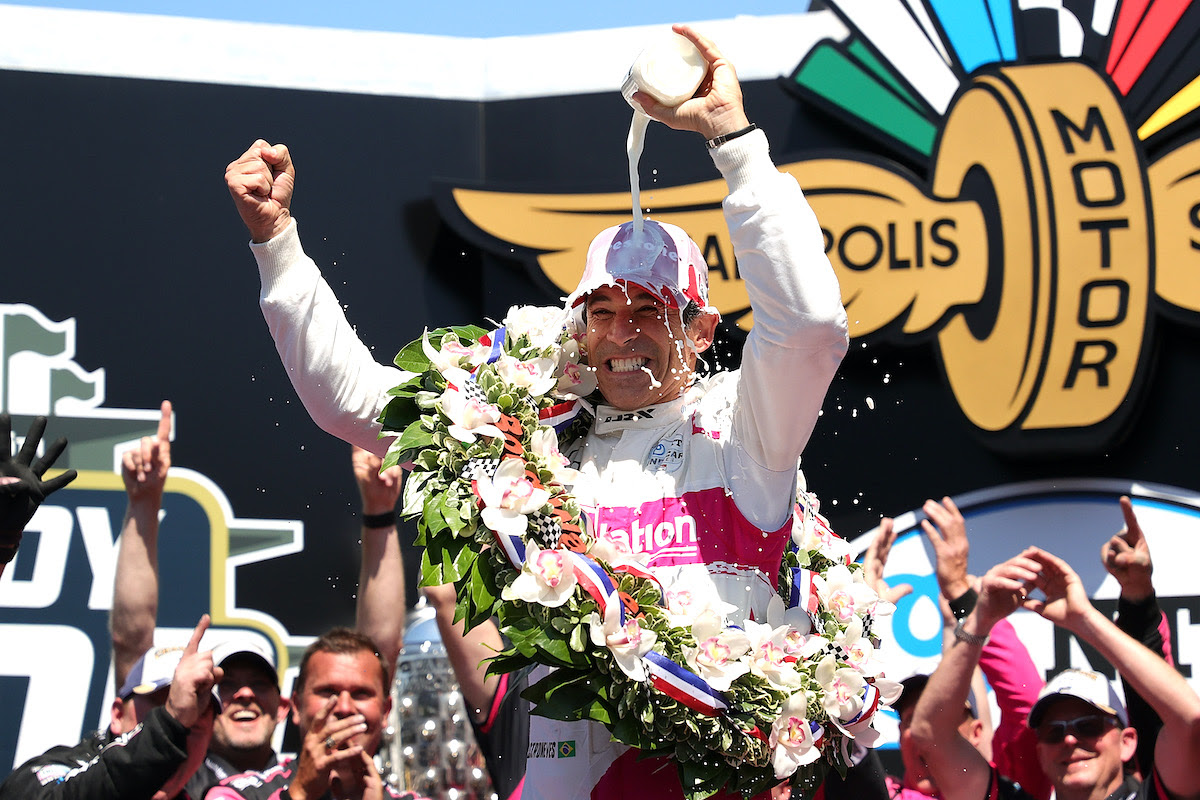 The year of revival champions continues! After Tom Brady (43) won his seventh Super Bowl and Phil Mickelson (50) won his sixth major, Helio Castroneves (46) won his record-tying fourth Indy 500 on Sunday at the Indianapolis Motor Speedway in front of the largest sports crowd since the COVID-19 pandemic began. The Brazilian-born driver became the fourth-oldest ever to win the 500, and he joined an exclusive list of 4-time champs.

Castroneves won three Indy 500s in 2001, 2002 and 2009 before a 12-year drought that saw him cut by Team Penske, but he joined a new one-car race team with Meyer Shank Racing. Now, with No. 4 under his belt, he joins Al Unser Sr., A.J. Foyt and Rick Mears as the only drivers to win it four times.

“I don’t know if this is a good comparison, but Tom Brady won the Super Bowl and Phil Mickelson won the PGA Championship, so here you go. The older guys are still kicking the younger guys’ butts.” — Helio Castroneves

How the Race Was Won

Castroneves went back and forth with Spanish youngster Alex Palou in the final 30 laps before taking the lead with 2 laps to go and holding off Palou into the final straightaway. Then, Spider-Man climbed the fence for the fourth time, kissed the bricks and entered victory circle for the anointing of the wreath and traditional milk bath. Helio, history and an Indy 500 we’ll never forget. All year long we dubbed it “The Year of City,” but in the final match of a would-be treble-winning calendar, Chelsea played spoiler. The Blues defeated Manchester City (1-0) on Kai Havertz’ late-first-half goal to secure the second Champions League crown in club history, and deliver a stunning defeat to the team who dominated Europe all season long.

Havertz took a long pass from Mason Mount in the 42nd minute that led him to a 1-on-1 with City goalkeeper Ederson. He tapped his reception to the left of Ederson’s outstretched arms and finished an open-netter that sent the London faithful into pure bedlam. City found just two potential scoring opportunities in the second half, but neither materialized. When the final whistle blew, it was Peter Drury with the iconic crowning call…

“The Blues from King’s Road London are crowned the Kings of Europe, and they will dance ’til dawn!” — Peter Drury (CBS Sports)

Osaka Opts Out of French Open 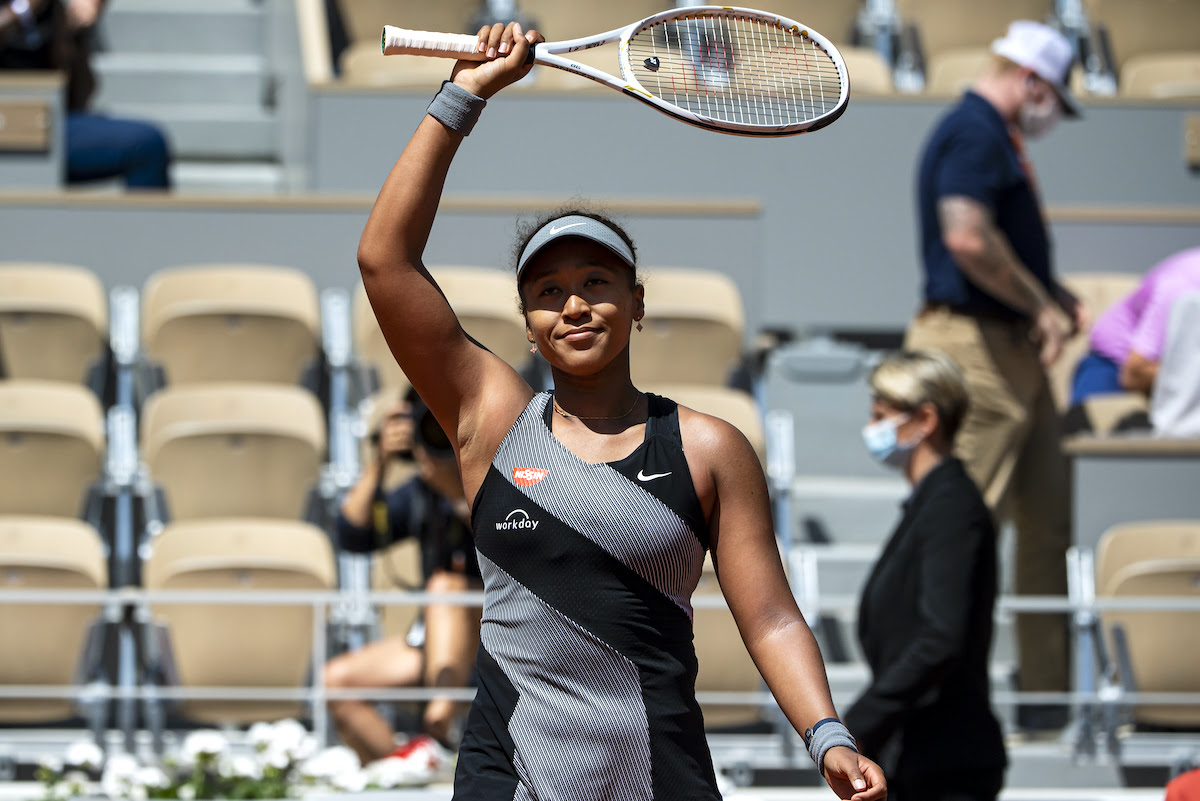 World No. 2 Naomi Osaka Withdraws After $15,000 Fine for Failing to Speak to Media

The 2021 French Open officially began on Sunday, but one of the biggest stars in the sport left Paris on Monday afternoon following a $15,000 fine for failing to speak to the media. Naomi Osaka, the No. 2-ranked player in the women’s draw, spoke last week about abstaining from media interviews due to mental health issues. Her message was another staunch reminder of depression and anxiety concerns for athletes in the spotlight. After her decision to avoid the media became a major storyline — where she was fined by the tournament and threatened with expulsion — she decided to withdraw. The announcement came one day after winning her first-round match with Patricia Tig (6-4, 7-6).

“I think now the best thing for the tournament, the other players and my well-being is that I withdraw so that everyone can get back to focusing on the tennis going on in Paris. I never wanted to be a distraction and I accept that my timing was not ideal and message could have been clearer.” — Naomi Osaka

While Osaka’s decision rocked the sports world on Day 2 of the event, there was still tennis to be played. The second major of 2021 has finally arrived.

USA Today: Naomi Osaka Announces Withdrawal from French Open After Decision to Not Speak to Media 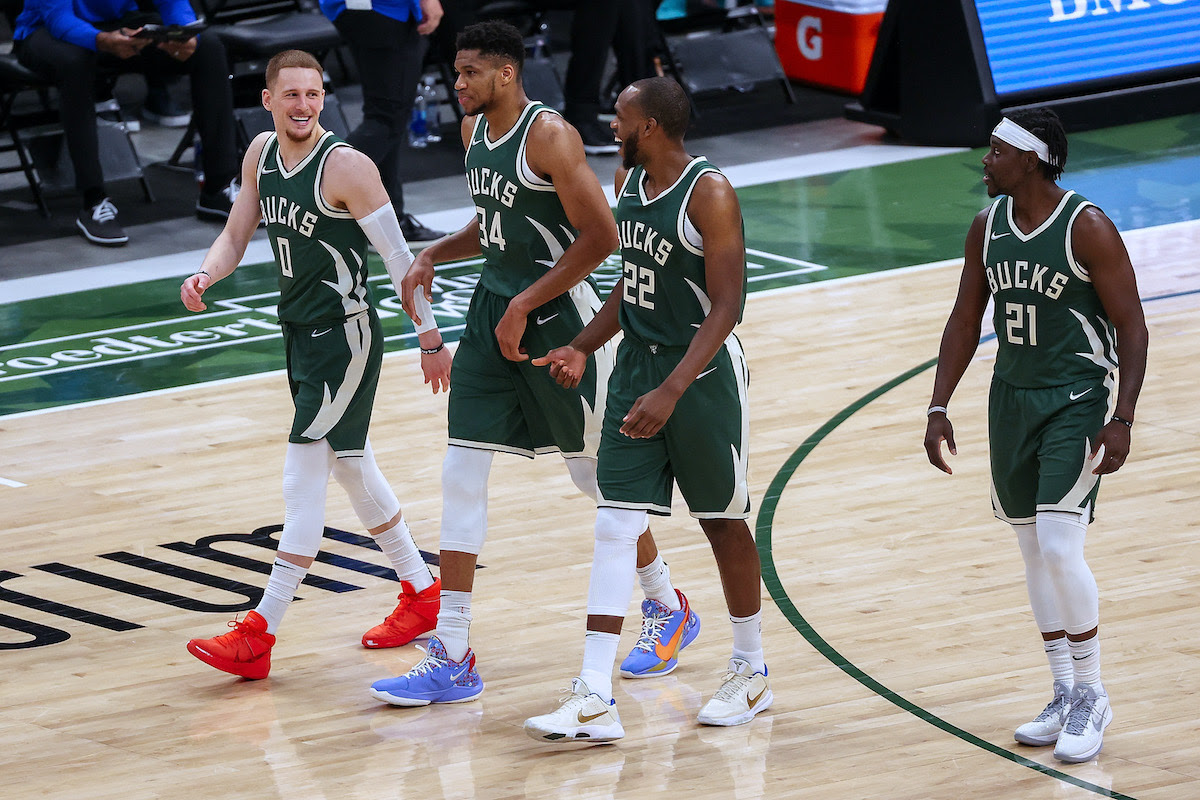 We’re nearing the end of the first round in the NBA postseason, and one Eastern Conference team has already punched their ticket to Round 2. The Milwaukee Bucks completed a first-round sweep of the Miami Heat. Meanwhile, the Wizards avoided the sweep against the 76ers, and the remaining seven series are going to Game 5 and beyond. With a multitude of storylines from nearly 20 games this weekend, we’ll get you caught up on where they stand before Round 2.

Yahoo! Sports: The Home Team is Now 0-4 in Mavericks-Clippers Series

A stunner in Game 7! The Montreal Canadiens overcame a 3-1 series deficit to beat the Maple Leafs (4-3) and advance to the second round of the Stanley Cup Playoffs. The Canadiens won Games 5 and 6 in OT before taking Game 7 (3-1) on Monday night to advance.

A full holiday weekend of baseball brought a number of storylines, but leading the way is the Orioles’ epic 14-game losing streak. The O’s fell to the Twins on Monday (3-2, 10 innings) after giving up two runs in the 10th. It’s the worst skid in the majors since the Astros dropped 15 in a row in 2013.

Domination, thy name is Kyle Larson. Sunday’s second marquee racing event of Memorial Day Weekend was the Coca-Cola 600, where Larson led 327 of the 400 laps en route to the checkered flag. It was his eighth career win and second of the year, but his first in the Coca-Cola 600.

Jason Kokrak (-14) beat out Jordan Spieth (-12) by two strokes thanks to a 3-over Sunday card by Spieth at the Charles Schwab Challenge. It was Kokrak’s second-ever PGA Tour victory after he went 14-under through three rounds and finished even on Sunday.

WNBA: Brittney Griner Throws It Down!

Among the WNBA highlights from the weekend was this gem from Mercury star Brittney Griner. She caught a drop-step off a pick-and-roll and slammed a one-handed jam for her 13th career regular-season dunk. Griner also finished with 27 points and 16 rebounds in a Phoenix win.

No. 4 Virginia won its second straight NCAA Lacrosse National Championship on Monday over No. 3 Maryland (17-16). The Cavaliers held off a late 5-1 run by the Terps before sealing it with a last-second save.

The latest MLB Power Rankings are here. What do we know? Is it real? Sure, things can change, but generally speaking, we should have a good idea about how the season might continue to unfold. It’s time to start judging. (CBS Sports)

Julio Jones & Falcons at a Crossroads

Figuring out what to do with Jones is a high-stakes example of the delicate balancing act that Atlanta is navigating between current and future needs. Do they improve the current roster or tear it down and start fresh under a new GM and first-year head coach Arthur Smith? (The Ringer)