Golf’s next major tees off this morning from Torrey Pines. We’ve got everything you need to know for the 2021 U.S. Open. Keep the cameras rolling. The summer highlights aren’t stopping anytime soon. 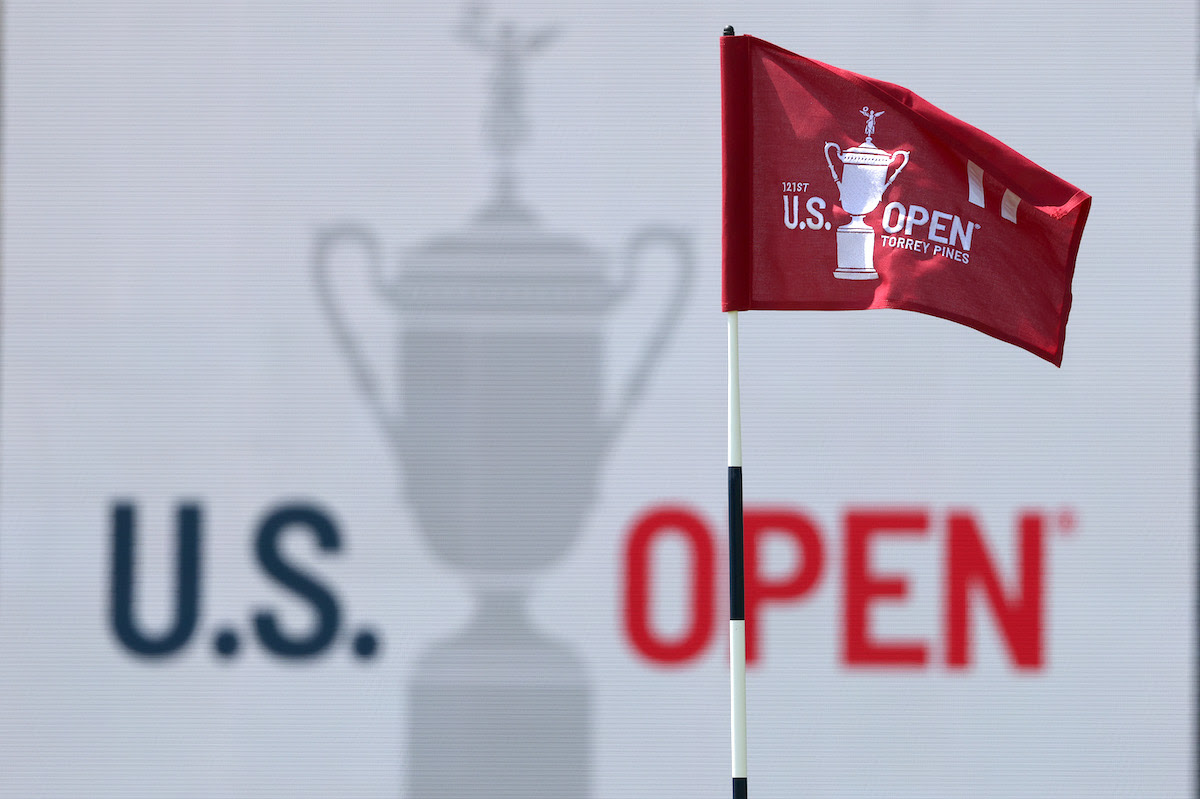 Golf’s next major has finally arrived, and there’s no shortage of storylines this week in San Diego. Torrey Pines plays host to the 121st U.S. Open where showdowns, comebacks and rivalries will dominate the headlines. Here’s what we’re watching this weekend at the U.S. Open:

Rahm’s Return: Jon Rahm is the favorite, but he’s coming off a 10-day quarantine after a positive COVID-19 test forced him to withdraw from The Memorial Tournament with a 6-stroke lead after three rounds. He’ll surely be amped to get back on the course.

DeChambeau vs. Koepka: Bryson DeChambeau is the defending champion after winning last year’s 2020 event at Winged Foot. But no, he won’t be paired with Brooks Koepka as many golf fans hoped. Koepka is also still playing at less than 100 percent as he recovers from knee surgery. He won the event in 2017 and 2018, meaning the pair of golfers have combined to win 3 of the last 4 U.S. Opens.

Past, Present & Phil: A number of past U.S. Open champs have also been playing their best golf as of late. Rory McIlroy (2011) hasn’t won the event in a decade, but Webb Simpson (2012), Justin Rose (2013), Jordan Spieth (2015) and Dustin Johnson (2016) are top-10 players with major expectations. Also keep an eye on PGA Championship winner Phil Mickelson — a win at the U.S. Open would complete his quest for all four majors.

ESPN: The Favorites, The Long-Shots & Those Without Hope at the U.S. Open

Golf Digest: Torrey Pines Might be the Perfect Venue for a Rory McIlroy Recharge in Majors

Can you name the last golfer (prior to Koepka) to win the event in consecutive years?

Answer at the bottom of today’s edition.

4-Seeds Rally on the Road 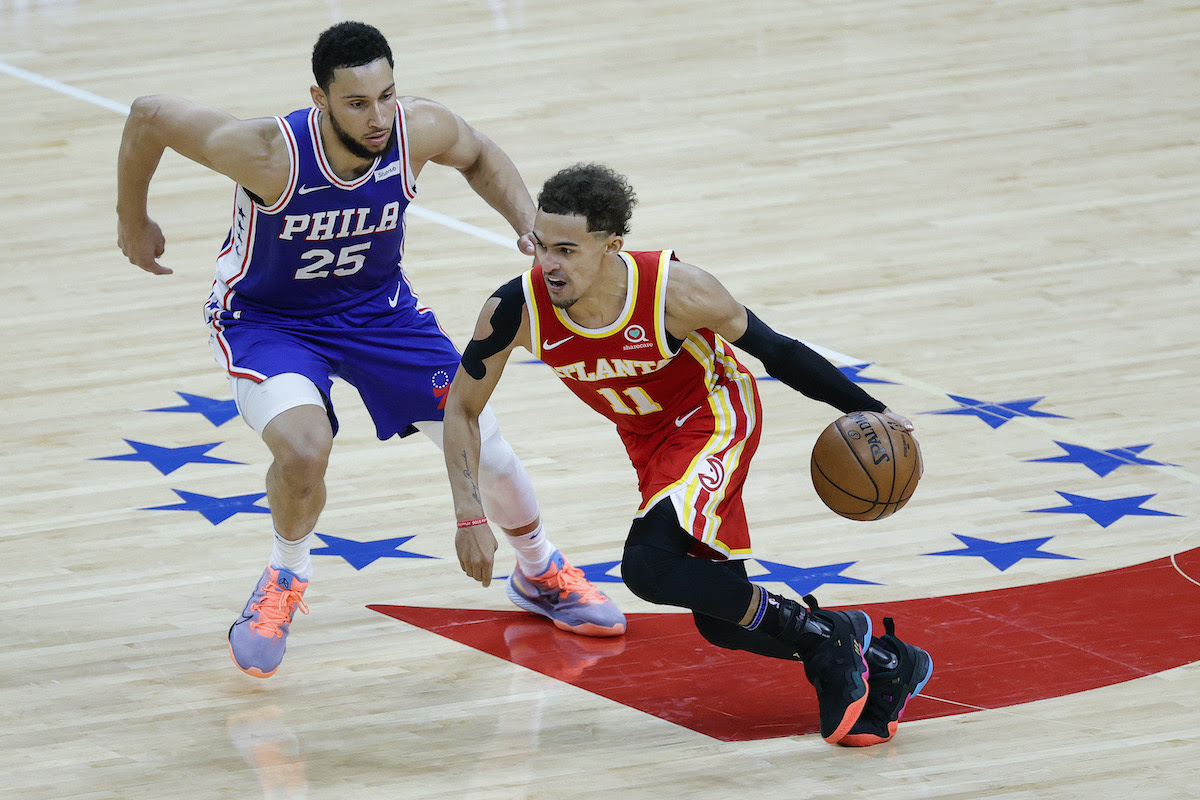 Both 1-seed vs. 4-seed series entered Wednesday night even at two games apiece, but it’s the underdog road warriors who have the edge heading into the weekend. Both the Hawks and Clippers won their Game 5s on the road thanks to huge performances from their stars. Plus, a plethora of off-the-court storylines rocked the NBA. Here’s the full rundown from the Association.

Atlanta did the unthinkable against Philly in Game 5, rallying from a 26-point deficit to stun the 76ers (109-106) behind Trae Young’s 39 points. Young went 17-for-19 from the free-throw line as the Hawks outscored the Sixers 40-19 in the 4th quarter for the fourth largest comeback in NBA postseason history. The Hawks take a 3-2 lead back to Atlanta for Game 6. ATL Leads Series (3-2)

No Kawhi Leonard, but no problem for Paul George and the Clippers in Salt Lake City. ‘Playoff P’ poured in 37 points in a stellar outing to rip the rug out from under Utah. The Jazz held a 2-0 lead in the series and a lead in the second half of Game 5, but the Clippers have now won three straight. They’re heading back to L.A. for Game 6 on Friday, likely without Leonard. LAC Leads Series (3-2)

Chris Paul Hits COVID-19 List: The Suns’ undisputed leader entered COVID-19 protocol on Wednesday despite already being vaccinated. Paul’s absence could impact Phoenix’s next series against the winner of the Clippers and Jazz.

Kawhi Leonard Injury Update: Kawhi Leonard missed Game 5 of the Clippers-Jazz series on Wednesday night with a knee injury that the team fears could be ACL related. He’s expected to miss the rest of the series.

2 Coaches Let Go: Both Stan Van Gundy (Pelicans) and Scott Brooks (Wizards) were let go on Wednesday. Brooks and the Wizards agreed to part ways after five seasons while Van Gundy has been relieved by New Orleans after just one season of missing the playoffs.

The Ringer: The 76ers Put on a Masterclass in How to Blow a Playoff Lead 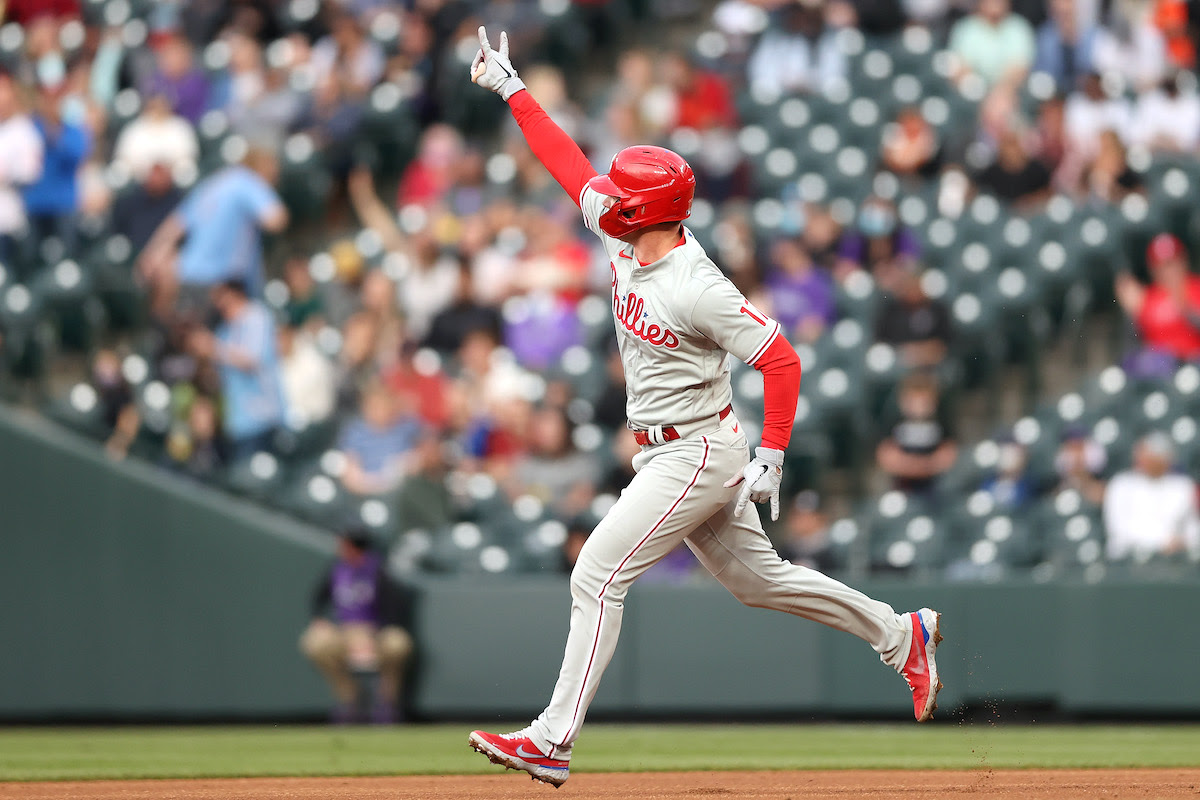 Finally. Rhys Hoskins can breathe a sigh of relief. The Phillies’ left-fielder smashed a 1st-inning home run to break an 0-for-33 hitting streak that was nearing the wrong side of history. That blast was one of two runs for the Phils, who blanked the Dodgers (2-0) in one of 15 games on Wednesday. That’s right — every MLB team was in action. Here are some of the other highlights…

Yadi’s Walk-Off: Cardinals veteran Yadier Molina smacked a walk-off single to plate Paul Goldschmidt in the bottom of the 9th to beat the Marlins on Wednesday (1-0). The 38-year-old catcher now has eight career regular-season walk-off hits. St. Louis swept Miami in all six games this season (6-0).

deGrom Exits, Mets Win: Jacob deGrom left Wednesday’s game against the Cubs with shoulder soreness after fanning eight batters in three innings. He didn’t give up a hit, and his ERA is still hovering at a stunning 0.54.

The Accidental Bunt: The Reds’ Eddie Rosario secured the MLB’s weirdest highlight of the night with an accidental bunt after attempting to dodge a pitch. Instead, he poked a ground ball toward third and earned a base hit. Whackiest Play of the Year nominee right here.

The Montreal Canadiens evened the series at one game apiece with a 3-2 win over the Vegas Golden Knights on Wednesday. Montreal nearly blew a three-goal lead, but goaltender Carey Price (29 saves) shut out Vegas down the stretch. Both Stanley Cup semifinals series are now tied (1-1).

The U.S. Women’s National Team earned a 2-0 win against Nigeria in the team’s last friendly of the month before looking ahead to Olympic competition. Christen Press (45’) and Lynn Williams (90+4’) both scored in the match.

Katie Ledecky won two events just over 70 minutes apart on Wednesday night to secure her spot in multiple events for the Tokyo Olympics. She won the 200-meter freestyle and the 1500-meter free to earn the position of representing the U.S. in the inaugural women’s 1500-meter event next month.

Unlike past MLB scandals, players face instant scrutiny in crackdown on foreign substances… Those who suddenly regress, with either their spin rate plummeting or their ERA soaring, may find themselves indicted in the court of public opinion without physical evidence. (USA Today)

Why 12 Worked: Inside the New CFB Playoff Model

The College Football Playoff is inevitably moving to a 12-team model, but how did we get here? Covert meetings, bracket-covered hotel walls and a group of four men define the story that will change the course of college football. (Sports Illustrated, +Paywall)

The NBA announced its three All-NBA teams on Tuesday, and the results proved costly for a couple of young players who were in the mix. Jayson Tatum and Donovan Mitchell were omitted from the ceremonial top 15, resulting in a potential $33 million hit in future contract earnings. (Bleacher Report)

The other four names on the list were all two or three-time winners, but never back-to-back.