The summer sports surge is picking up. We have a massive highlights section and a loaded list of headlines in today’s edition. The NBA Playoffs and Euro 2020 Tournament are nearing the end, and the Olympics are just around the corner. Plus, we’ll drop the puck on the Stanley Cup Finals tonight. Stay tuned this week for the big preview of what’s coming in July.

The Portland Trail Blazers have hired Chauncey Billups as the team’s next head coach on a five-year deal. Read More 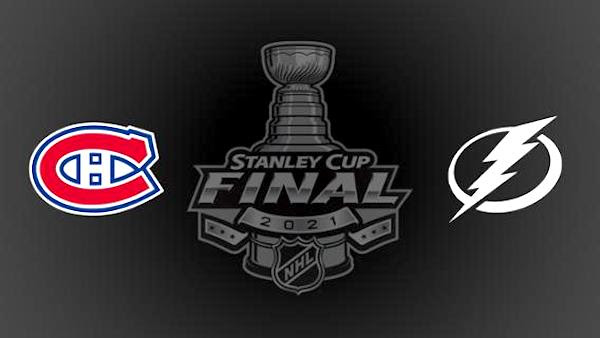 The Tampa Bay Lightning and New York Islanders needed seven games to decide a winner on Friday, and one goal from Yanni Gourde in Game 7 (1-0) sent Tampa Bay through. The Lightning’s title defense is rolling, but there’s one final test. The Montreal miracle-workers have been ruining plans all playoffs long. It’s Lightning vs. Canadiens for all the marbles. Here’s what you need to know.

Lightning vs. Canadiens: The Storylines

It’s David vs. Goliath in the best-of-7 finale, although who’s who depends on your outlook of NHL history. The Lightning — Goliaths of modern day — seek to repeat as Stanley Cup champs. The franchise has seven postseason berths in the last eight years with three Stanley Cup Finals appearances. They’ve won two titles since they joined the NHL in 1992-93. Coincidentally, that was the same year the Canadiens last won the Stanley Cup. Few thought Montreal would be here this year after they grabbed the 16th and final playoff spot and entered the postseason with just 59 points. It’s been a long wait for Montreal fans, but historically, the Canadiens are the Goliaths of the NHL. They’ve won the Stanley Cup more than any other team in history (23). Only two other teams have more than six; Red Wings (11) and Maple Leafs (13). Now, the champs of today meet the champs of all-time.

What to Watch For

Plenty of players stand out, but we’ll have our eyes on a few star players; Brayden Point (Lightning), Nikita Kucherov (Lightning) and Carey Price (Canadiens) in particular. Point has scored 14 goals in Tampa Bay’s 18 playoff games, including a streak of nine straight games. Price, Montreal’s super-stud goaltender, is having a marvelous postseason run with a 2.02 goals-against average and a save percentage of .934. But despite his performance, the edge lies with Tampa Bay’s net-protector Andrei Vasilevskiy — 1.99 GAA, .936 Save Pct., 4 Playoff Shutouts. And if Kucherov stays healthy, it’ll take a Montreal miracle to win the Cup. Lucky for the Canadiens, they’ve been performing miracles all postseason long…

Fun Fact: The Lightning (-270) are the heaviest Stanley Cup Finals favorites since the 2002 Red Wings.

The quest for the Cup begins now. 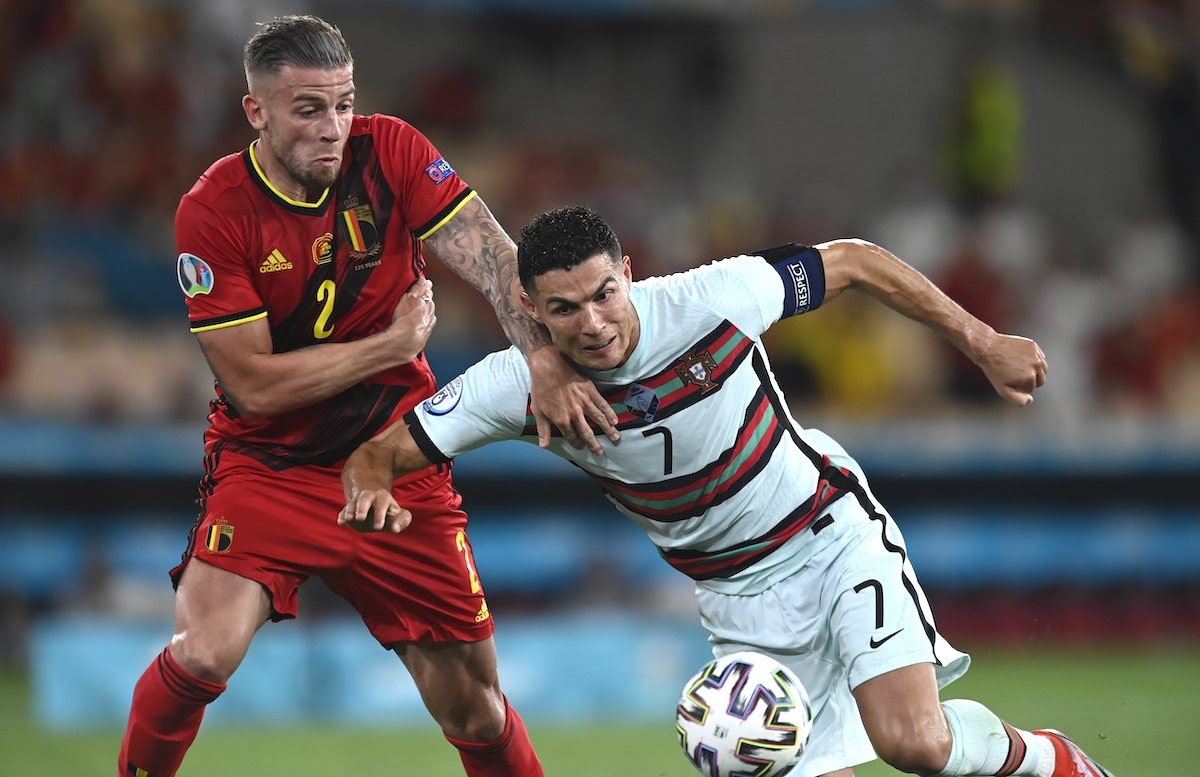 The Euro 2020 Tournament entered the knockout stage over the weekend, and four teams are through to the quarterfinals. Italy, Denmark, Czech Republic and Belgium have advanced. The Italian side brought the most drama, scoring two goals in extra time to win a wild finish against Austria. Meanwhile, Belgium denied Portugal and Cristiano Ronaldo the chance to repeat as Euro champs. Belgium and Italy will meet next (quarterfinals) in a match that many believe could’ve been the finale. Here are the recaps from the weekend and the next four matches to round out the quarterfinals. 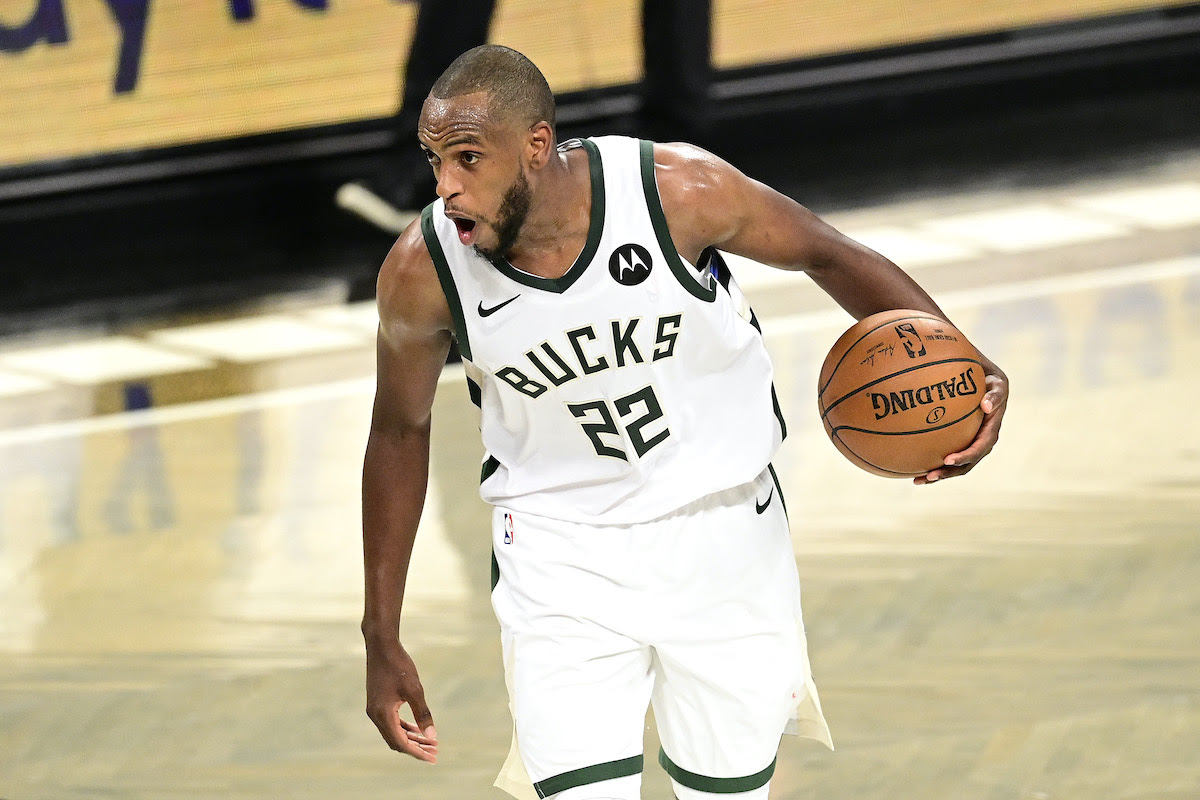 We’re just a few games away from a Suns-Bucks Finals series, but it’s not over yet. Phoenix (3-1) and Milwauke (2-1) took the edge in the conference finals over the weekend. The Hawks still have life, and Trae Young, but the Clippers are on life support after a devastating loss in Game 4. Here’s how the weekend played out in the NBA Playoffs:

The bounce-back Bucks are making another series rally after dropping Game 1. Milwaukee won Game 2 on Friday night by 34 (125-91) before a comeback in Game 3. They trailed by 15 early in the first half and didn’t take their first lead until late in the third before Khris Middleton (38 points) took over. Middleton had 20 points in the 4th quarter and outscored Atlanta on his own (20-17) as the Bucks pulled away down the stretch. It was Middleton’s fourth 30-point game of the postseason, and Milwaukee now holds the cards in the East. MIL Leads Series (2-1)

The Clippers clawed their way back from a 14-point halftime deficit in Saturday’s Game 4 slugfest in L.A. The lowest-scoring game of the entire NBA season — not just the playoffs — was all about defense. In the end, the Suns survived by four after outscoring the Clippers 15-14 in the 4th quarter. DeAndre Ayton was the star of Game 4 with 19 points and 22 rebounds, and the Suns can close it out tonight at home (9:00 pm ET). PHX Leads Series (3-1)

Yahoo! Sports: The Basketball Gods Have It In for the Clippers Right Now

The CWS Finals Are Set 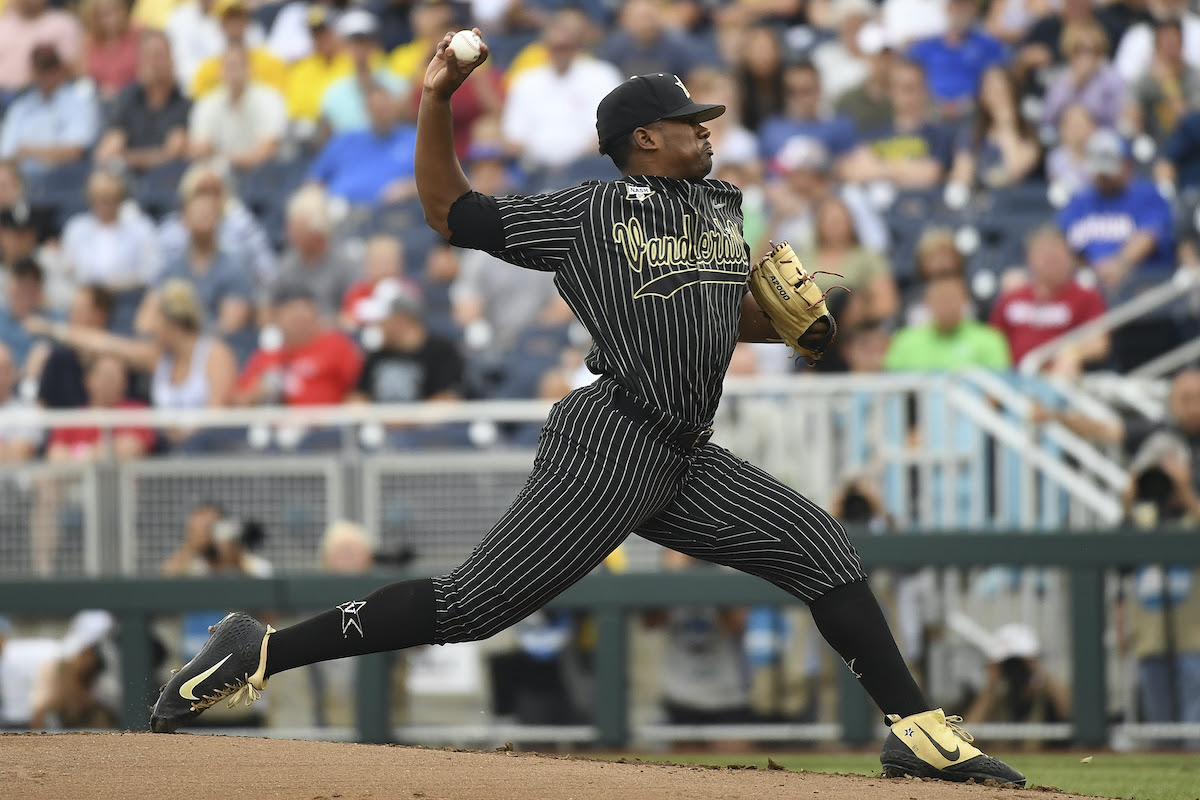 It’s an all-SEC finale in the NCAA College Baseball World Series! #4 Vanderbilt and #7 Mississippi State will meet in the finals the next three nights to decide the champion, but we didn’t get here without a little drama, and a lot of disappointment for one team. NC State played Friday’s semifinal game against Vanderbilt with just 13 players after 14 were declared ineligible because of COVID-19. They lost 3-1. Then, Saturday’s matchup was ruled a no-contest by the NCAA, allowing the defending champs from Vanderbilt (2019) to advance.

In Saturday’s other game, #7 Mississippi State knocked off #2 Texas (4-3) in a thriller to set up the finale. Despite the unfortunate events, the CWS is down to two teams. It’s a best-of-3 for the title.

NCAA: Amid an Unprecedented College World Series, An All-SEC Finals Represents a Sense of Normalcy

A fan holding a sign caused a massive crash Sunday at the Tour de France, halting nearly the entire field after the sign hit German rider Tony Martin and created a pile-up. French authorities are searching for the fan who disappeared shortly after the event. Mathieu van Der Poel holds the yellow jersey after two stages.

Lizette Salas (-16) was the story of the weekend for three rounds of the LPGA Championship, but 22-year-old Nelly Korda had her sights set on a World No. 1 ranking. After carding a 9-under 63 in Round 2, Korda went low on Saturday and Sunday to finish 19-under for the LPGA Championship crown and claim the No. 1 overall spot. No other golfers finished within six strokes of the Korda-Salas Sunday showdown.

The San Francisco Giants used a miracle 10th-inning comeback to become the first MLB team to 50 wins on Saturday. Curt Casali smacked a walk-off single to plate Steven Duggar for the win against the Athletics in the Bay Area Battle (6-5, 10 Innings).

The bat of the weekend belonged to Fernando Tatis Jr. after the Padres’ youngster achieved his first-career 3-homer game on Friday. Tatis Jr. smashed three HRs in his first three at-bats over four innings. The Padres beat the Diamondbacks (11-5), and they’ve won nine of their last 10.

The Phoenix Mercury’s Diana Taurasi scored 25 points in a win against the L.A. Sparks on Sunday (88-79), and she reached a milestone in the process. Taurasi, the WNBA’s all-time leading scorer, became the first player in league history to surpass 9,000 career points.

DeAnna Price broke her own American hammer throw record this weekend at the Olympic trials with an 80.31-meter toss. She’s only the second woman on the planet to break 80 meters, joining Poland’s Anita Wlodarczyk.

In his first fight since losing the lightweight title belts to Teofimo Lopez last October, Vasiliy Lomachenko (15-1, 11 KOs) looked like every bit of the fighter we remembered on Saturday night in Las Vegas. Lomachenko TKO’d Masayoshi Nakatani in the 9th round to earn a potential rematch with Lopez.

Madness in Connecticut! Harris English and Kramer Hickock needed a sudden death playoff to decide the winner of the Travelers Championship Sunday at TPC River Highlands. Two hours and eight holes later, it was English (-13) who birdied for the win.

Simone Biles and Sunise Lee received automatic spots on the women’s U.S. Olympic gymnastics team, but athletes in Jordan Chiles, Grace McCallum, and basically the entire roster, give the Americans the potential to leave Tokyo with a lot of medals. A lot a lot… (USA Today)

On Friday, NC State competed with only 13 of 27 players — four pitchers and nine position players — because several members of the team were in COVID-19 protocol. The Wolfpack used 12 of their players and lost to Vanderbilt 3-1 to force a winner-take-all game in their semifinal. That game was ruled a no-contest. (FOX Sports)

Will the Bears Leave Soldier Field?

The Arlington Heights village board approved a zoning change this week that will allow a football stadium to be built on the 326-acre chunk of land that the Bears made a bid for back on June 17. If the Bears are going to move out of Soldier Field anytime soon, a lot of things are going to have to happen and this was one of those things. (CBS Sports)