The Comeback on Clay

With the 2021 Tokyo Olympics just around the corner, today’s edition has some international flavor. The French Open and Euro 2020 brought highlights and trophy ceremonies across the pond. Only six weeks until we start counting medals… 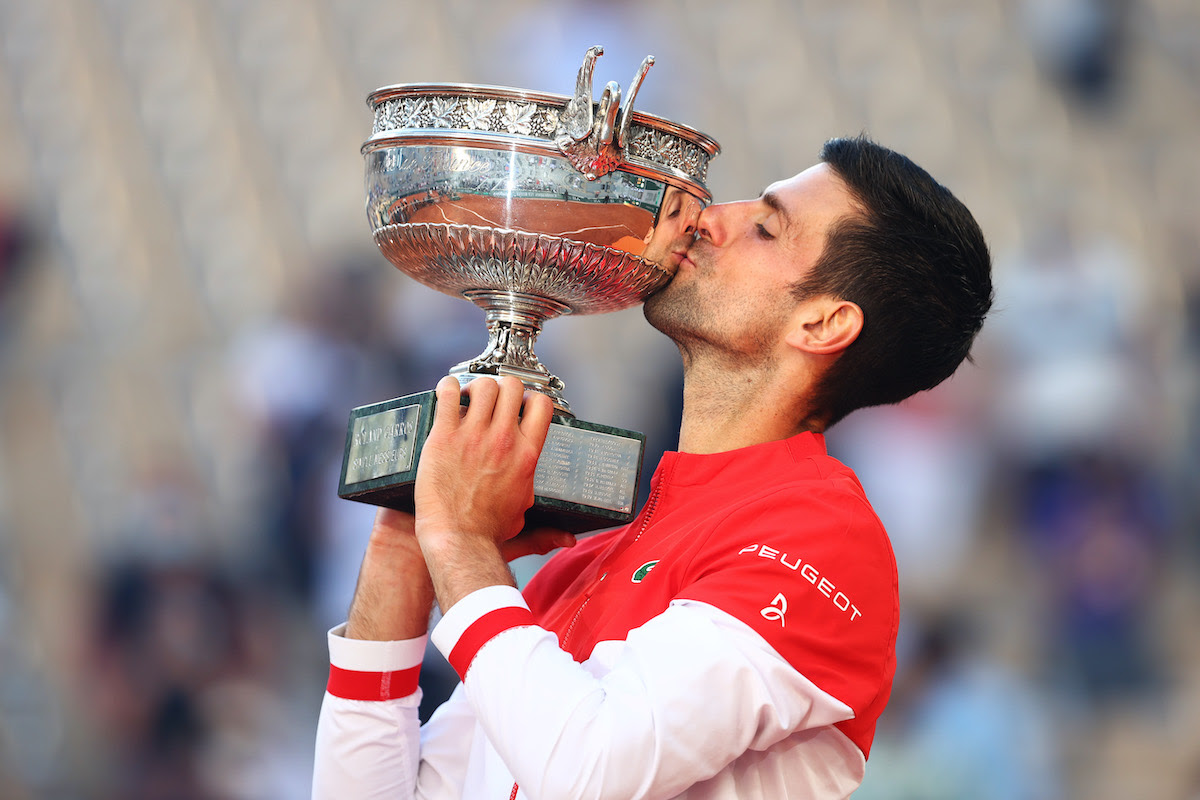 History in abundance at Roland-Garros! The weekend finales left tennis fans in awe after unranked Barbora Krejcikova shocked the women’s draw not once, but twice. It was Novak Djokovic who once again made history in the men’s draw, completing comebacks against Rafael Nadal (semis) and Stefanos Tsitsipas (finals) to win his 19th slam. Here’s how both champions made tennis history at the French Open:

It was never easy for the World No. 1, but he showed his moxie time and time again at Roland-Garros. Djokovic rallied from two sets down twice in the tournament — against Lorenzo Musetti (4th Round) and Stefanos Tsitsipas (Final) — making history as the first slam champion in the 21st century to win multiple two-set comeback matches in the same tournament. Djokovic stunned the clay-court king, Rafael Nadal (3-6, 6-3, 7-6, 6-2) on Friday before crushing the spirits of 22-year-old Stefanos Tsitsipas on Sunday (6-7, 2-6, 6-3, 6-2, 6-4). Djokovic’s 19 major titles brings him within one of Roger Federer (20) and Nadal (20) for the all-time lead.

The underdog story from the women’s side was a two-fold stunner as 25-year-old Czech star Barbora Krejcikova ran the table with the singles title on Saturday and the doubles title on Sunday. The unranked player took down five top-32 opponents in her singles run, including Americans Sloane Stephens and Coco Gauff. It’s her first major victory, but the future looks bright.

*Above links to finals highlights 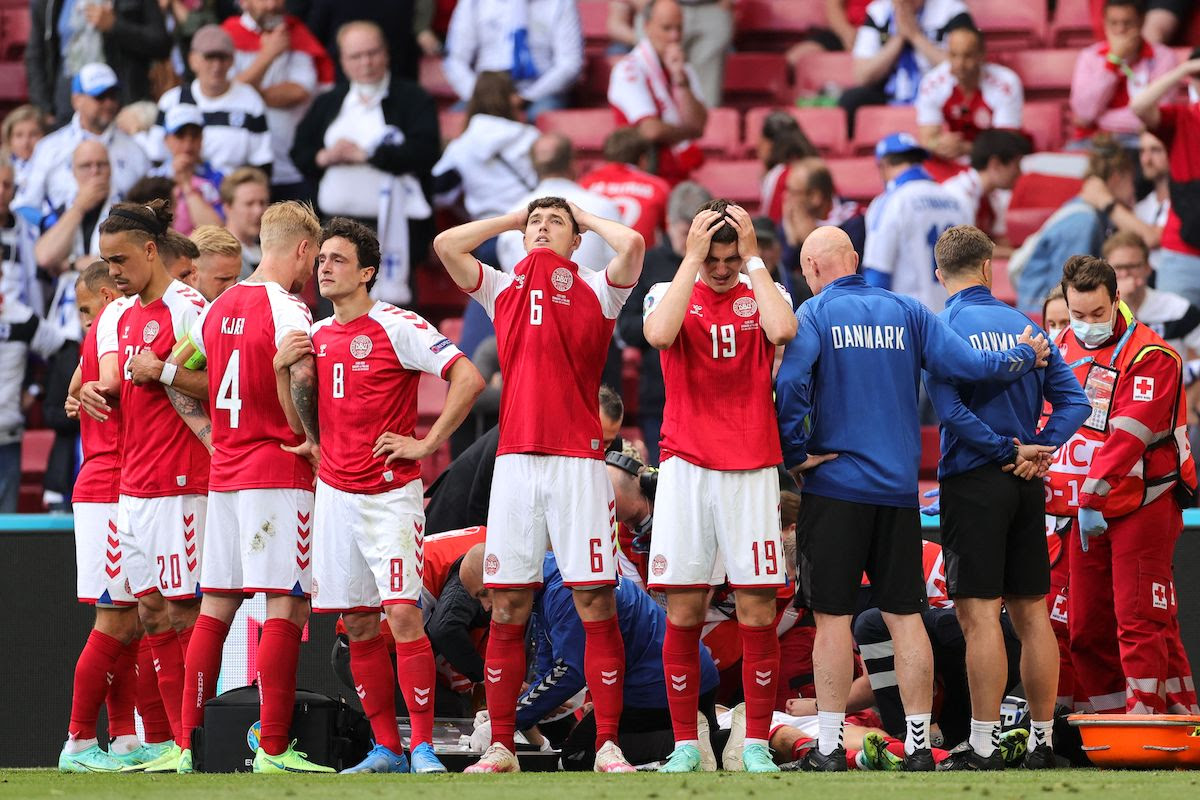 The opening weekend action of the UEFA Euro 2020 Tournament was full of excitement on the pitch, but one scary moment blanketed the weekend in fear. Denmark midfielder Christian Eriksen, a well-known star across Europe, collapsed in the 43rd minute of the team’s match against Finland. Team doctor Morten Boesen said Eriksen “was gone” before medical staff performed CPR and resuscitated him. His teammates gathered around him, anxious that they had just lost their friend and teammate. He was transported to a nearby Copenhagen hostpital where he’s reportedly in stable condition.

This weekend marked Matchday 1 of 3 in the group stage of the tournament. You can find match highlights below, as well today’s continued schedule of Matchday 1. 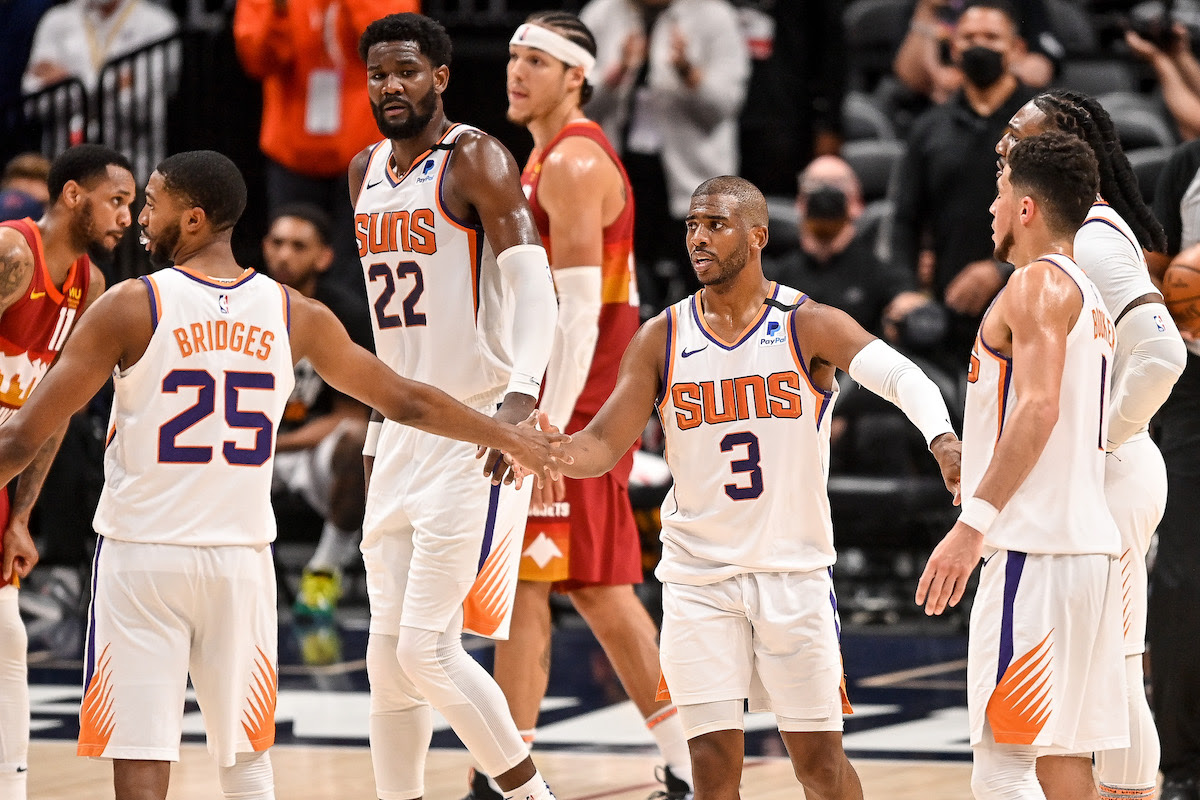 The first NBA team to punch their ticket to the conference finals is the Phoenix Suns, and they made it look easy. Chris Paul (37 points) and Devin Booker (34 points) led the way in Game 4 (125-118) — the closest game in the series — as Phoenix outscored Denver by 63 points over four games en route to the sweep. The Suns’ starters shot over 50 percent combined in all four games, and they looked nearly perfect as they outscored the Nuggets in 13 of the series’ 16 quarters. They’ll await the winner of the Jazz-Clippers series.

Milwaukee won its second-straight game to even the series against Brooklyn after Kyrie Irving went down with an ankle injury. The Nets could be without Irving and James Harden in Game 5. What looked like a sweep quickly became a series in the East’s 2- and 3-seed matchup. Series Tied (2-2)

Kawhi Leonard (34) and Paul George (31) combined for 64 points to answer the Jazz with a resounding Game 3 win. The Clippers came back from a 2-0 series deficit in Round 1, and they look poised to push Utah in another series turnaround. Game 4 is tonight in L.A. UTA Leads Series (2-1)

The MVP runner-up continues to be the difference-maker in the Sixers-Hawks series. Joel Embiid had a near triple-double (27-9-8) in a decisive Game 3 victory to give Philly the advantage in the series. The Sixers shot almost 60 percent from the field in Game 3. Game 4 is tonight in Atlanta. PHI Leads Series (2-1)

The Ringer: Kyrie Irving Goes Down and the Nets Are in Trouble Among the MLB’s weekend highlights was another stellar Jacob deGrom outing. The Mets’ ace fanned 10 batters on Friday in a win over the Padres (3-2) before leaving with elbow issues. The initial reaction is that the injury isn’t serious, which is good news for Mets fans as deGrom is chasing a historic season. With Friday’s performance, he dropped his season ERA to 0.56 — the lowest ever through a pitcher’s first 10 starts. Bob Gibson (1968) holds the lowest season-long ERA in the live-ball era at 1.12. His ERA was 1.52 after 10 starts that season, making deGrom’s eye-popping numbers even more fascinating. The question now is: When will he return to the mound?

Blue Jay Bats in Boston: The Toronto Blue Jays put together a batting clinic on Sunday at Fenway with eight home runs and an 18-4 win over the Red Sox. Toronto’s offensive onslaught puts them at 99 home runs — the most in the majors this season.

Tatis Tags a Grand Slam: Despite deGrom’s flamethrowing Friday night, it wasn’t all bad this weekend for the Padres. Fernando Tatis Jr. belted a 444-foot grand slam on Sunday in a 7-3 win.

Yanks Skid Hits New Low: The Yankees lost two games over the weekend to the Phillies, including a 7-0 shutout on Sunday. They’ve now lost 11 of their last 15 after getting swept by the Red Sox one week ago.

The Islanders held off the defending champion Lightning in Game 1 of the Stanley Cup semifinals Sunday night (2-1) behind Semyon Varlamov’s 30 saves in a 59-minute shutout. Tampa Bay scored its only goal in the final minute of regulation.

The Seattle Storm are the defending WNBA champs, and they’re clicking on all cylinders early in the 2021 season. They won two games over the weekend behind 40 points from Breanna Stewart (18 & 22) to improve their win streak to three straight and nine of their last 10.

Kyle Larson continued his dominant season behind the wheel with his second NASCAR All-Star Race victory in three seasons Sunday night at Texas Motor Speedway. He eked out the win over Brad Keselowski and Chase Elliot with a pass in the final 10 laps.

Another day, another win for the U.S. Women’s National Team. The U.S. beat Jamaica (4-0) on Sunday behind three early goals from Carli Lloyd, Lindsey Horan and Margaret Purce before Alex Morgan added a goal in stoppage time.

The 2021 U.S. Open field will be loaded with prominent former champions when the tournament tees off Thursday, June 17 at Torrey Pines Golf Club. (CBS Sports)

Why is the playoff poised to expand to 12 teams? How would it change the sport’s landscape? And what would it mean for Notre Dame? (The Ringer)

Doctoring baseballs with ultra-tacky substances has pitchers dominating and some questioning the game’s integrity. Can cleaning up the balls liven up the sport? (NY Times, +Paywall)

RB Le’Veon Bell Sounds Off on Dislike for Chiefs HC Andy Reid; Says He’d Rather Retire Than Play For Him