Trophy season is upon us. There’s an underdog rising in the Euros and repeats brewing in the Stanley Cup Final and College World Series. If you blinked Monday, a must-see highlight eluded you. That’s why we’re here, team.

First thing’s first: This Switzerland soccer fan is a legend. 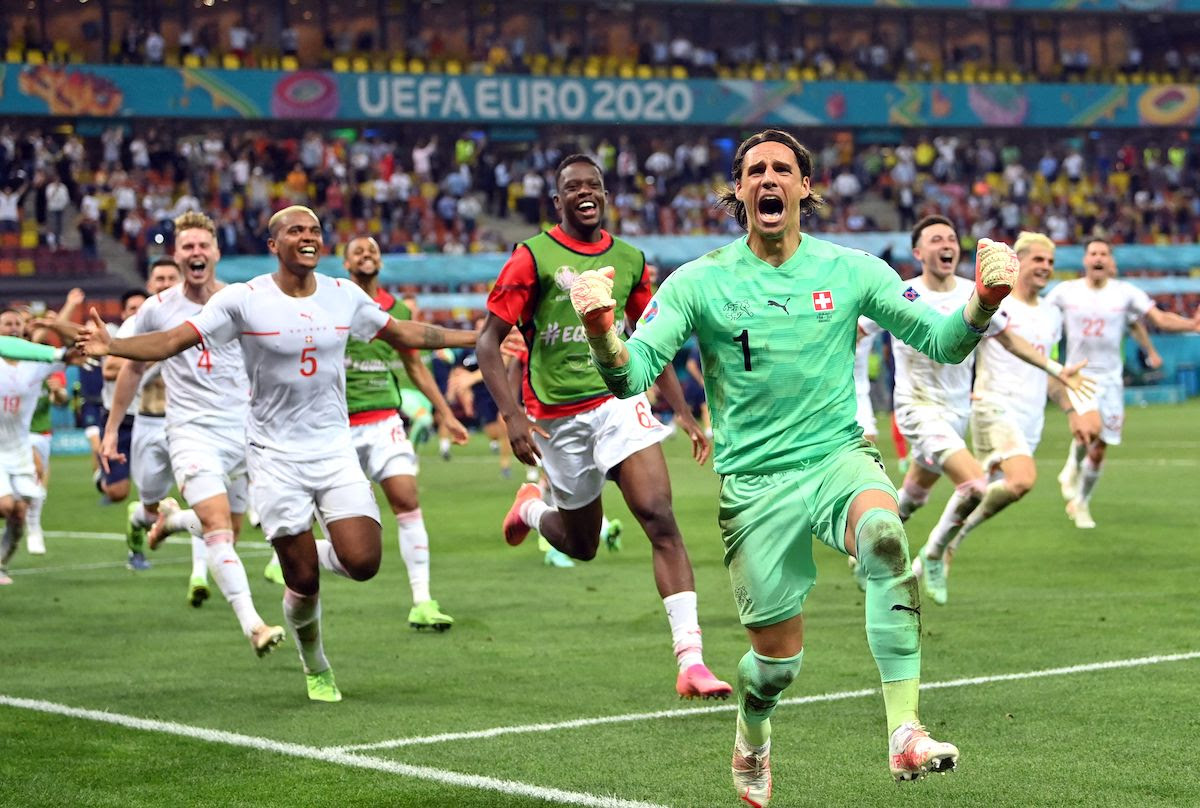 How about that, soccer fans? The Euro 2020 Tournament was full of drama on Monday afternoon with two nail-biting, dramatic finishes you have to see to believe. In the day’s early match, Spain escaped an upset bid from Croatia after blowing a 3-1 lead in the final 10 minutes. Alvaro Morata (100’) and Mikel Oyarzabal (103’) tallied a pair of goals in the extra session to push Spain into the quarterfinals.

Later in the day, another stunner ended in an upset with Switzerland shocking France. The Swiss side also tallied a two-goal comeback in the final 10 minutes of regulation before heading to penalty kicks. And the Swiss didn’t miss from the spot. Goalkeeper Yann Sommer saved the final penalty from Kylian Mbappe for the win (5-4, PKs). Jubiliation in Bucharest. France, the 2018 World Cup champs, are going home. Stunned.

More action on the way today with an England-Germany matchup you can’t miss. 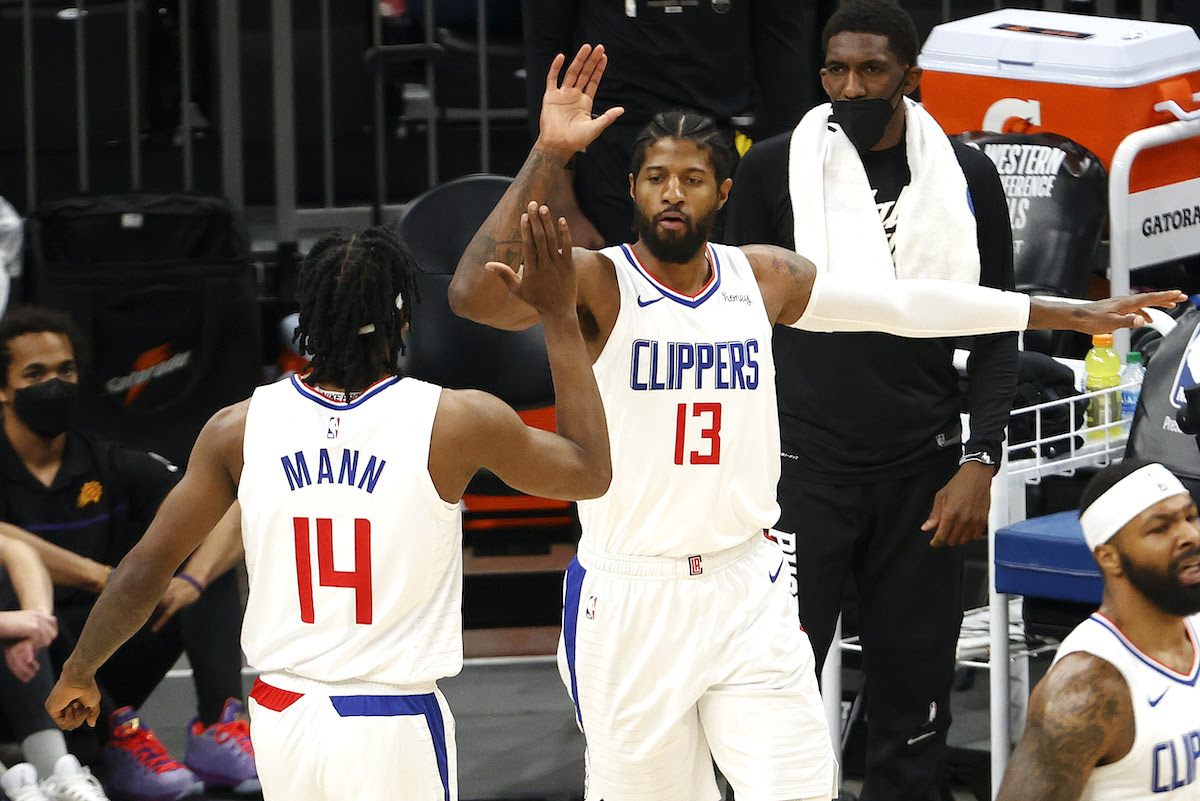 A tale of two Paul Georges continues to dominate the L.A. Clippers’ postseason storylines. After a pair of missed free throws by George cost L.A. the win in Game 2 against Phoenix, PG had the game of his life in Game 5 — a playoff career-high 41 points, 13 rebounds and 6 assists. George shot 75 percent (15-for-20), including 3-for-6 from deep and a perfect 8-for-8 from the free-throw line. Game 5 also saw Reggie Jackson (23 points) and Marcus Morris Sr. (22 points) step up big in Kawhi Leonard’s absence. And once again, with their backs against the wall, the Clippers survived. 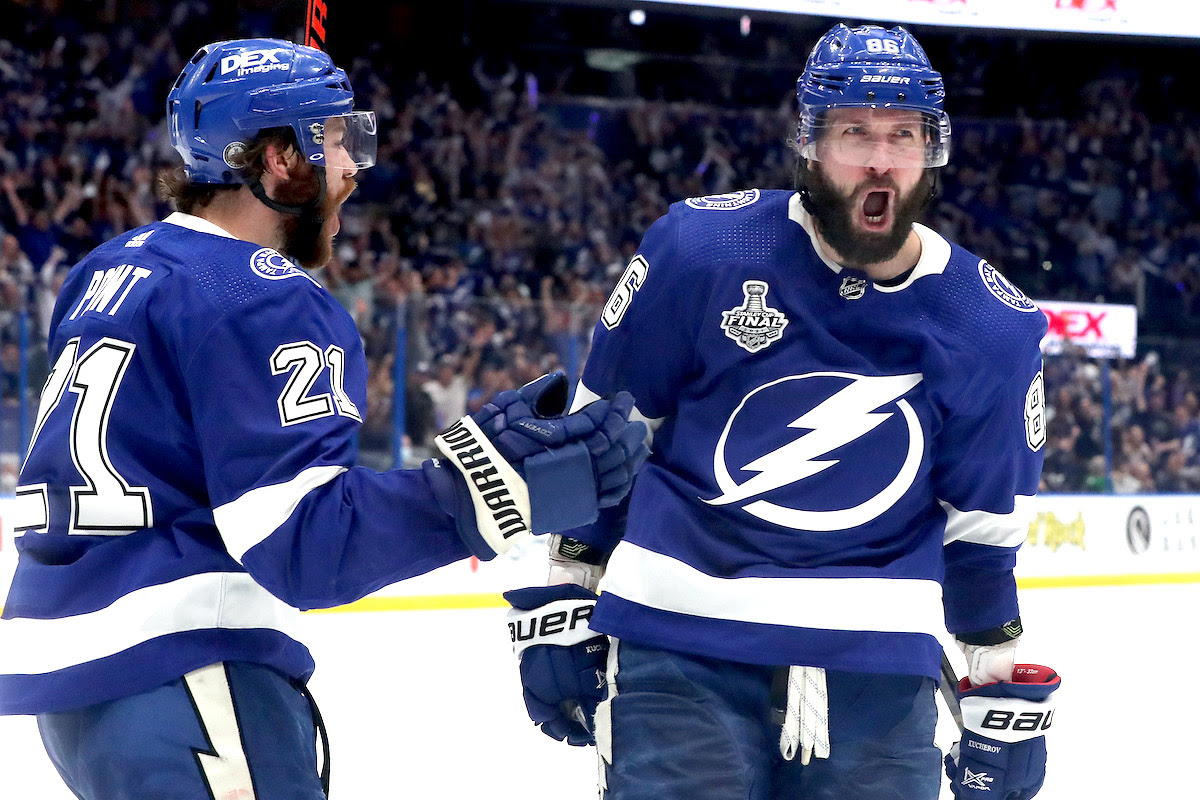 The Tampa Bay Lightning’s repeat bid is off to a hot start after the champs lit the lamp all night long in Game 1 against the Canadiens (5-1). Nikita Kucherov was brilliant with two goals and an assist, all in the third period, as the Lightning poured it on down the stretch. Goaltender Andrei Vasilevskiy made 18 saves, and the Bolts just set the tone for a rough series ahead for Montreal. The Stanley Cup repeat watch is officially on…

The Lightning would become just the ninth team in the Big-5 major American (male) professional sports leagues to repeat as champions in the 21st century. The last pro sports team to win back-to-back titles was the Golden State Warriors.

After the Buccaneers’ Super Bowl win in February and the Lightning’s Cup victory last September, the city of Tampa Bay could win its third championship in less than 10 months.

NBC Sports: Lightning Prove Too Much for Canadiens in Game 1 of Stanley Cup Final

NHL: Joel Armia Held Out of Game 1 for Canadiens Due to COVID-19 Protocol 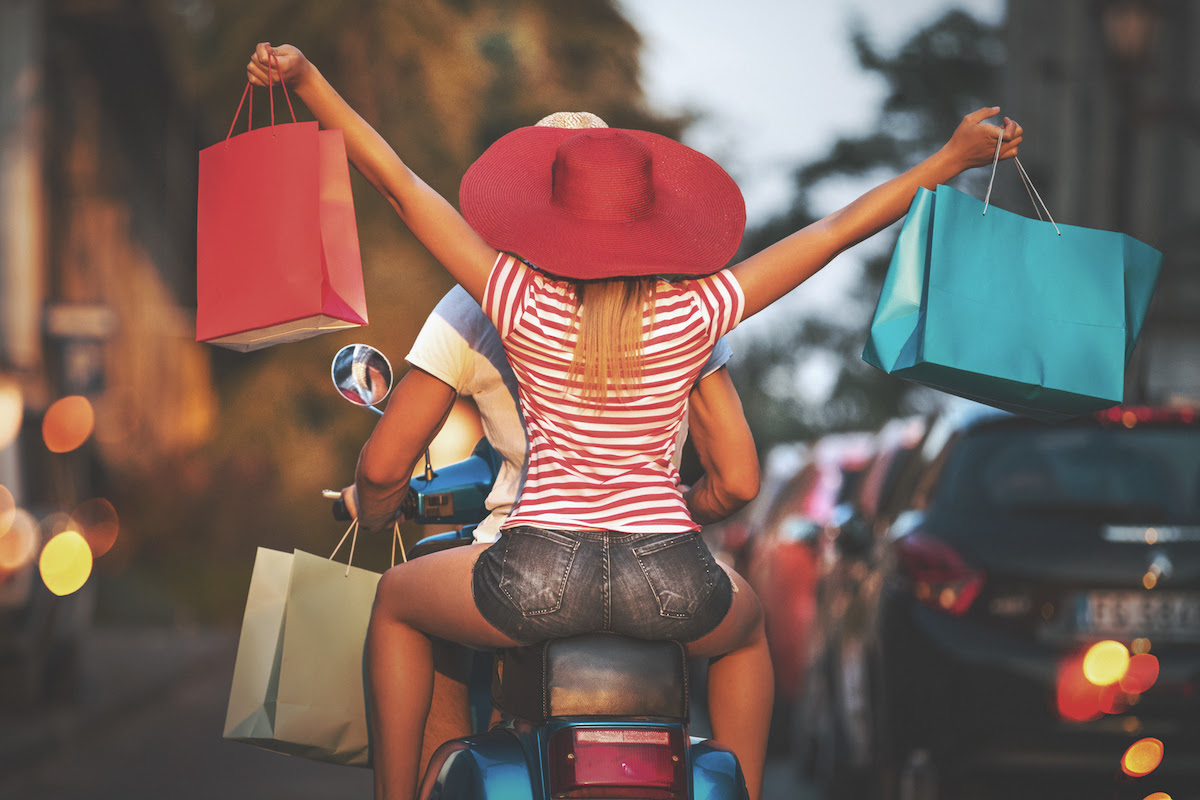 Cash Back For The Things You Buy

You’ve got a lot to do (and a lot to buy) as a sports fan this summer. From Olympic watch parties to tickets for your favorite team, it’s time to start getting cash back for all the things on your summer sports list. Wise Bread can help. These high paying cash back cards feature $200 bonus offers, up to 3% cash back, no annual fee and 0% interest for 15 months. Shop your categories — everyday purchases like groceries, travel, dining and more — and make the most of a summer full of sports.

Learn how to rack up the rewards today!

The defending champions from 2019, #4 Vanderbilt, rocked #7 Mississippi State in Game 1 of the NCAA College World Series last night (8-2). Vandy tallied seven runs in the 1st inning while pitcher Jack Leiter struck out eight over six innings. The Commodores can win it all tonight with a victory in Game 2 (7:00 pm ET).

American Frances Tiafoe delivered a shocking upset on Day 1 of Wimbledon as he took down #3 Stefanos Tsitsipas in straight sets (6-4, 6-4, 6-3). Tiafoe is the 57th-ranked men’s singles player, and he baffled the French Open runner-up in Round 1. We’ll have more Wimbledon highlights throughout the week.

Sydney McLaughlin didn’t just break the world record for the 400-meter hurdles, she crushed it. On the final night of the U.S. Olympic Track and Field Trials, McLaughlin clocked in at 51.90 seconds, breaking Dalilah Muhammad’s record of 52.16 by more than two-tenths of a second.

Shohei Ohtani strengthened his MVP case with another historic milestone on Monday. He recorded his first career hit at Yankee Stadium, and it was a 1st-inning blast that came off the bat at 117.2 mph. It was also his league-leading 26th home run of the season. Angels won, 5-3.

The Portland Trail Blazers’ hiring of Chauncey Billups on Sunday was followed by backlash regarding a sexual assault allegation from 1997, and reports suggests the team’s star player, Damian Lillard, wants out. If Dame does leave Portland after nine seasons, where could he end up? (Bleacher Report)

Wimbledon 2021: The Stage is Set for Serena

After an unplanned one-year break due to COVID-19, Wimbledon has finally returned. And just like every major for the past four years, it’s hard to predict who will come out on top. With Osaka (withdraw), Halep (injury) and Barty (injury) not in the field, the stage is set for Serena Williams to make history. (Yahoo! Sports)

The Green Bay Packers could find out just how serious Aaron Rodgers is about never taking a snap for them again by the end of this week. Rodgers has until Friday to opt out of the 2021 season because of COVID-19 concerns and still retain $18.3 million. If he simply holds out of training camp, he would forfeit that money. (USA Today)