After a wild weekend, we’re back to the mid-week playoff grind. And if you like superhuman, streaky shooting highlights, you’ll love this. The hands on the clock read ‘Dame Time’ on multiple occasions last night, but the final score read ‘Denver.’ An instant classic…

Dame vs. Denver: A Can’t-Miss Moment 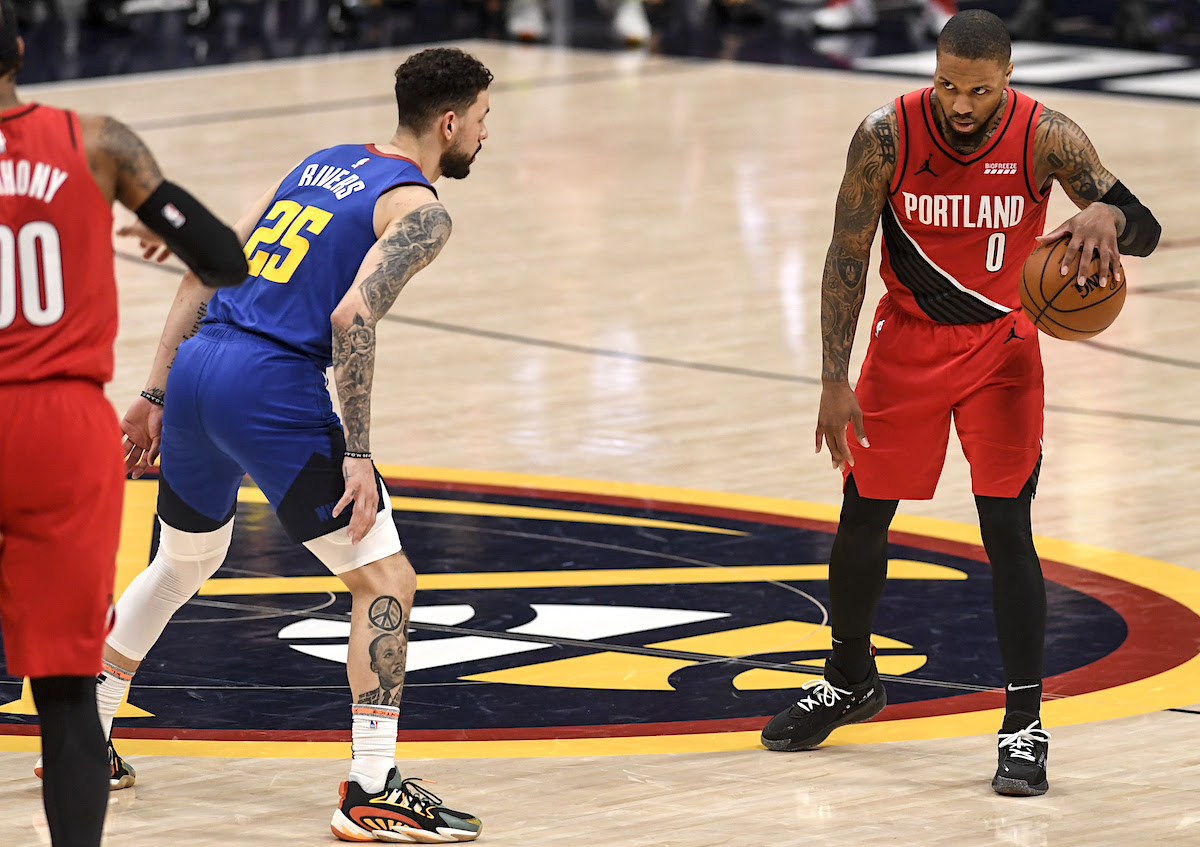 Game of the year? It’s gotta be up there. The Nuggets and Blazers entered Game 5 in a tied series (2-2) with a swing game hanging in the balance, and it took an additional 10 minutes (two overtimes) to find a winner. Damian Lillard (55 points) broke the NBA Playoff record with 12 3s in an other-worldly shooting night (17-for-24, FG / 12-for-17, 3-pt) that included not one, but two game-tying 3s at the end of regulation and OT. Lillard also tallied the NBA’s first-ever 55-point, 10-assist postseason game. But despite Dame’s stunning performance, Nikola Jokic (38 pts, 11 rebs, 9 asts, 4 blks) and the Nuggets took the edge in the series (3-2).

We knew the Lakers would be short-handed without Anthony Davis in Game 5 due to a groin injury, but this was something else. The Suns held L.A. to just ten points in the second quarter as they took a 30-point halftime lead — the largest playoff halftime deficit in LeBron James’ career. Devin Booker had a game-high 30 points, and Phoenix just pushed the defending champs to the brink. PHX Leads Series (3-2)

ESPN: What Happens Next in These Wild West Playoffs?

When Will the Stars Move? 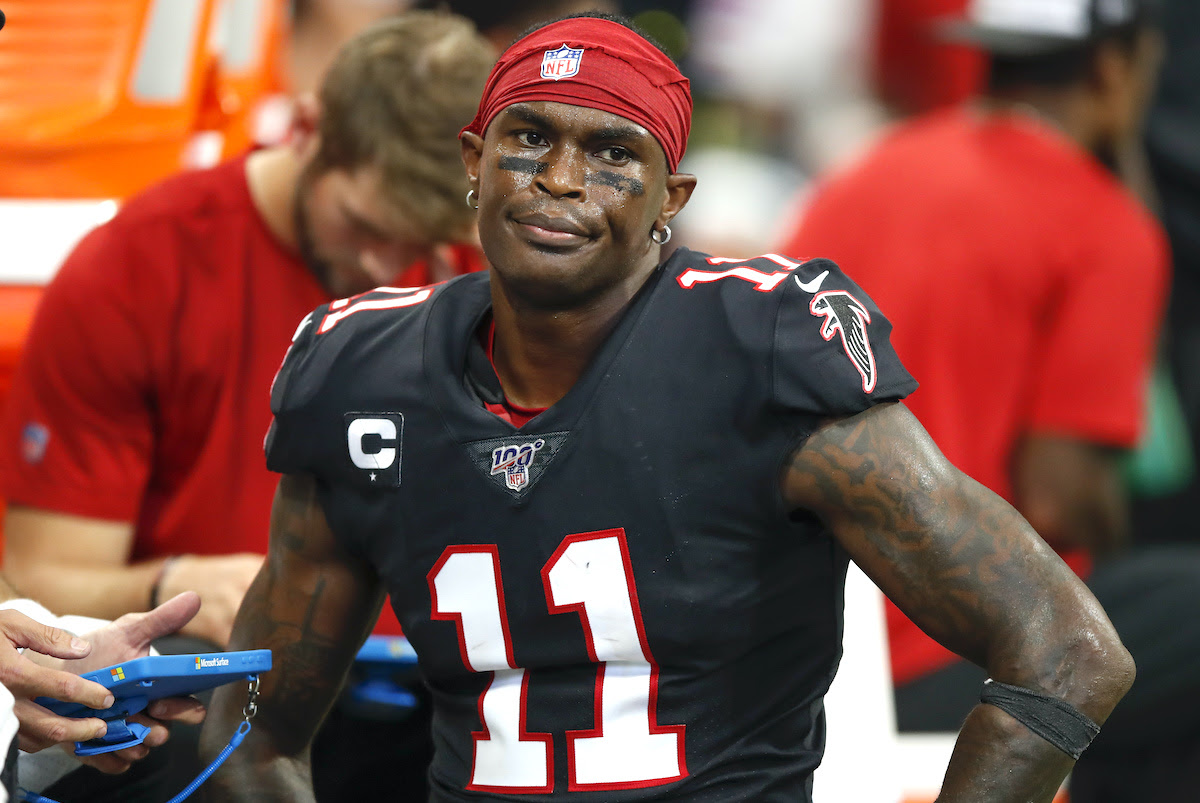 Now That June 1 Has Passed, How Long Will We Wait Before Aaron Rodgers & Julio Jones Get Traded?

Yesterday was the day NFL fans were waiting for… One month after the NFL Draft and two months before training camps, the offseason seemed to hit a dry spell, but June 1 was a key date that opens up more possibilities. Teams can now trade or cut players for the 2021 season and spread salary cap hits to future years when the cap number grows significantly. That means the biggest names on everyone’s radar — Packers QB Aaron Rodgers and Falcons WR Julio Jones — are now officially in play. The Packers and Falcons can move their high-priced trade targets and avoid eating dead-cap charges of $38 million and $15 million, respectively.

The waiting game. The Packers remain adamant that they’re not trading Rodgers, but the Falcons know they’ll have to ship Jones in the coming weeks. Who knows? Maybe the Packers will do the unthinkable and trade for Jones to try and keep Rodgers in Green Bay. Either way, it’s June, and the stars can finally move.

Forbes: Trading Aaron Rodgers is Much Easier for the Green Bay Packers Now 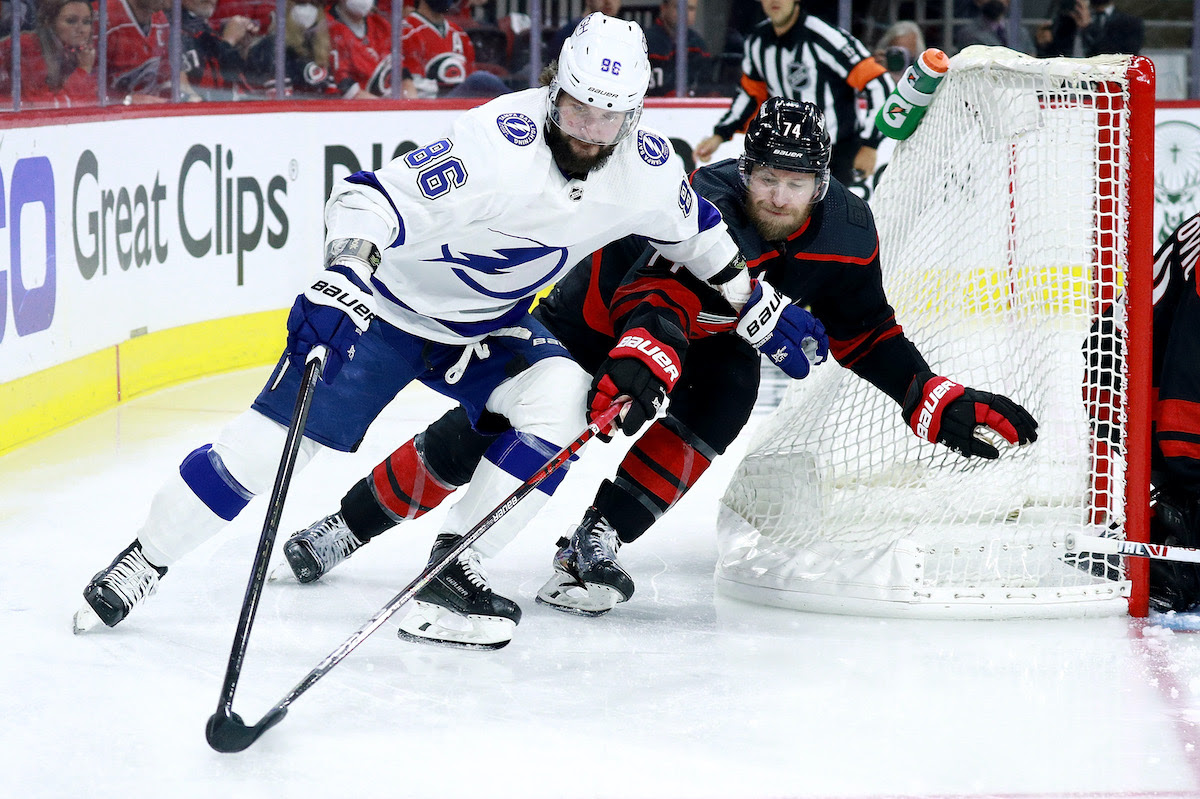 After a busy weekend around the sports world, it’s time to get caught up on the Stanley Cup Playoffs. Three of the four 2nd-round series are already underway with the Canadiens and Jets dropping the puck tonight. The Lightning and Avalanche are off to hot starts in Round 2. Here’s where they stand heading into June.

Holy homers! The Philadelphia Phillies smashed seven home runs in Tuesday’s blowout against the Reds. Odubel Herrera and Andrew McCutchen smacked two bombs apiece as the Phillies scored a season-high 17 runs (17-3). Pitcher Aaron Nola got the win and reached the 1,000-strikeout milestone on a night with epic run support.

The shot of the year in the WNBA now belongs to Kia Nurse. Nurse hit five 3s in the Mercury’s win on Tuesday against the Sky (84-83), but none bigger than the game-winner… from the logo! Nurse took a rebound with three seconds left, dribbled to half-court and sunk a miraculous shot to cap a double-digit Mercury comeback.

Everything to Know About the 2021 Tokyo Olympics

Here’s everything you need to know about when the Olympics will start, the schedule for this year’s premier events and how you can watch Simone Biles, Katie Ledecky and the rest of Team USA’s stars compete for gold. (USA Today)

With hundreds of fans surging against the metal barriers surrounding Victory Circle, wildly chanting his name, Helio Castroneves played the crowd with the same virtuosity as behind the wheel… “Let me tell you, it’s not the end of it, it’s the beginning.” (NBC Sports)

Who are you picking this weekend in celebrity boxing?