The three Cs stole the show last night — the Canadiens, Cubs and Clippers. The summer sports craze rages on with the College World Series, Tour de France, Euro 2020 and more playoff action on the way this weekend. First, it’s a historic moment for Canada as the Stanley Cup drought could finally be over… 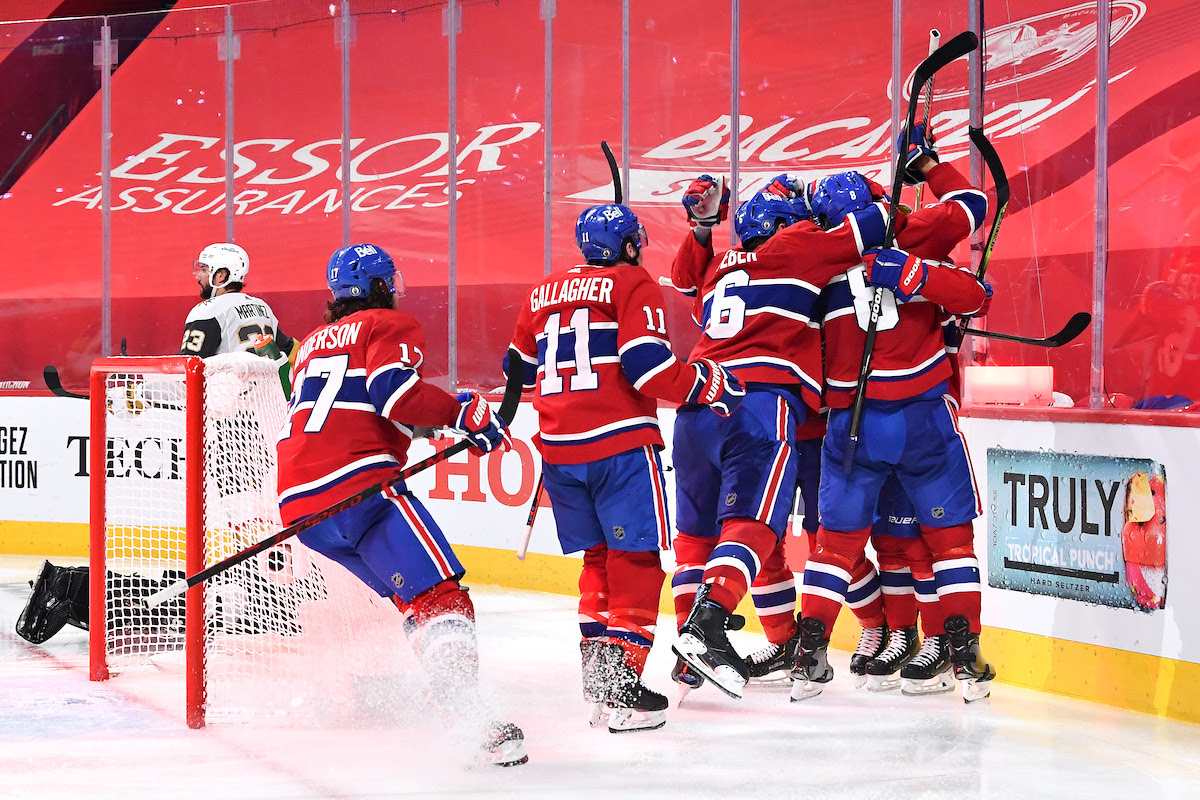 Canada, can you believe it?! After 28 years, the Montreal Canadiens are heading back to the Stanley Cup Finals. The Habs won Game 6 (3-2, OT) against the Golden Knights on a stunning fast-break goal by Arturri Lehkonen off a beautiful pass from Phillip Danault. It was the third overtime game in six series games, four of which were decided by one goal. Montreal goaltender Carey Price (37 saves) was brilliant once again, and the Canadiens are going back to the promised land to try and end Canada’s Stanley Cup drought. The last Canadien team to win the Cup was Montreal in 1993.

Forgive us if you’ve heard it by now, but the Canadiens were the 16th and final team to secure their spot in the NHL Playoffs, finishing with just 59 points in the regular season. They took down the Maple Leafs in seven games before sweeping the Jets and breaking down the Golden Knights in six. They’re 12-5 in the playoffs despite a goal differential of just +6 over their opponents (43-37).

Next up? The winner of the Islanders-Lightning series for a shot at the title. 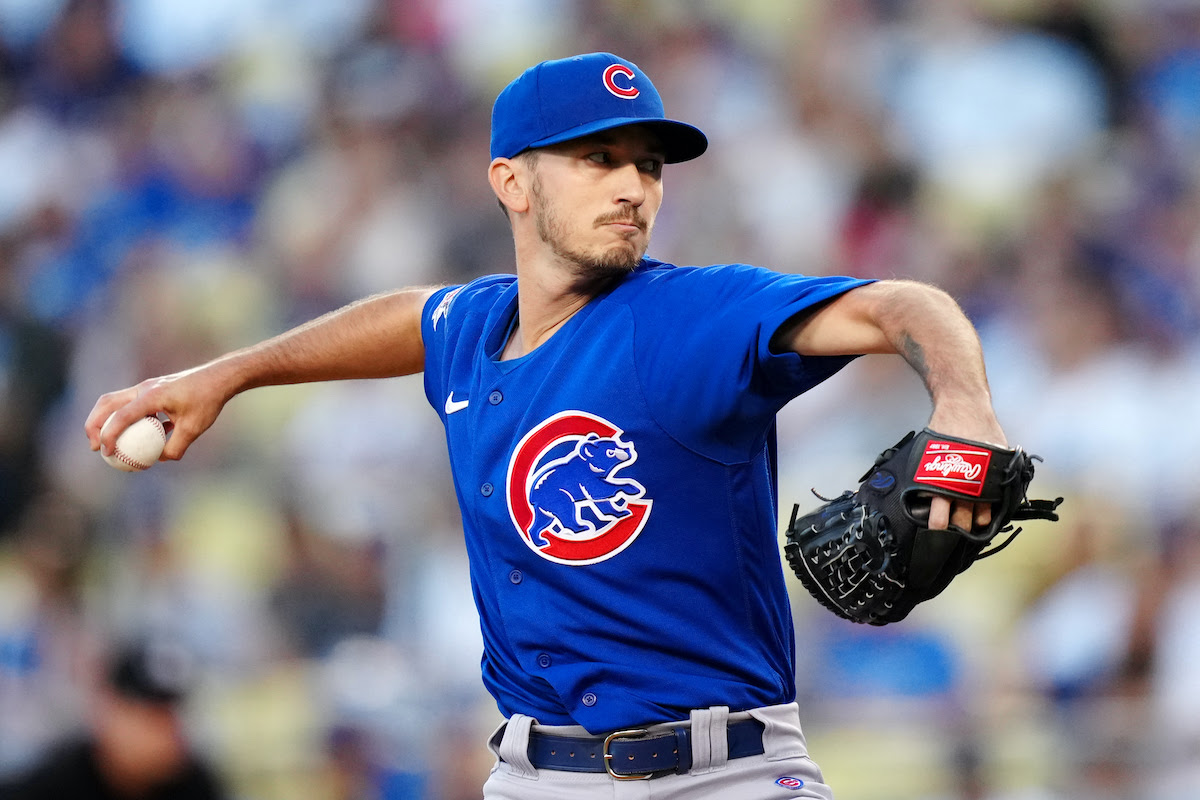 No sticky stuff? No problem for the Chicago Cubs. The Cubbies tossed a combined no-hitter Thursday night against the Dodgers (4-0) in a four-arm onslaught. Zach Davies went six untouchable innings before the relief trio of Ryan Tepera, Andrew Chafin and Craig Kimbrel went 7-8-9 to complete the no-no. It was the 17th no-hitter in franchise history, but the first combined for the club. And despite the MLB’s best efforts to bring pitching back to reality, the year of the pitcher finds a way to continue.

The Cubs’ pitching clinic marked the seventh no-hitter in the majors this season. That’s already tied for the modern era record for most no-nos in a single season, and it’s not even July. The MLB has seen seven no-hitters in four previous seasons (1990, 1991, 2012 and 2015). The only season that saw eight no-hitters was before the modern era (1884).

Guerrero Jr. Retakes HR Lead: Blue Jays’ star Vlad Guerrero Jr. smashed his 24th home run of the season in a shutout win against the Orioles (9-0) and retook the lead in the HR race from Shohei Ohtani (23).

Don’t Count Out the Clippers 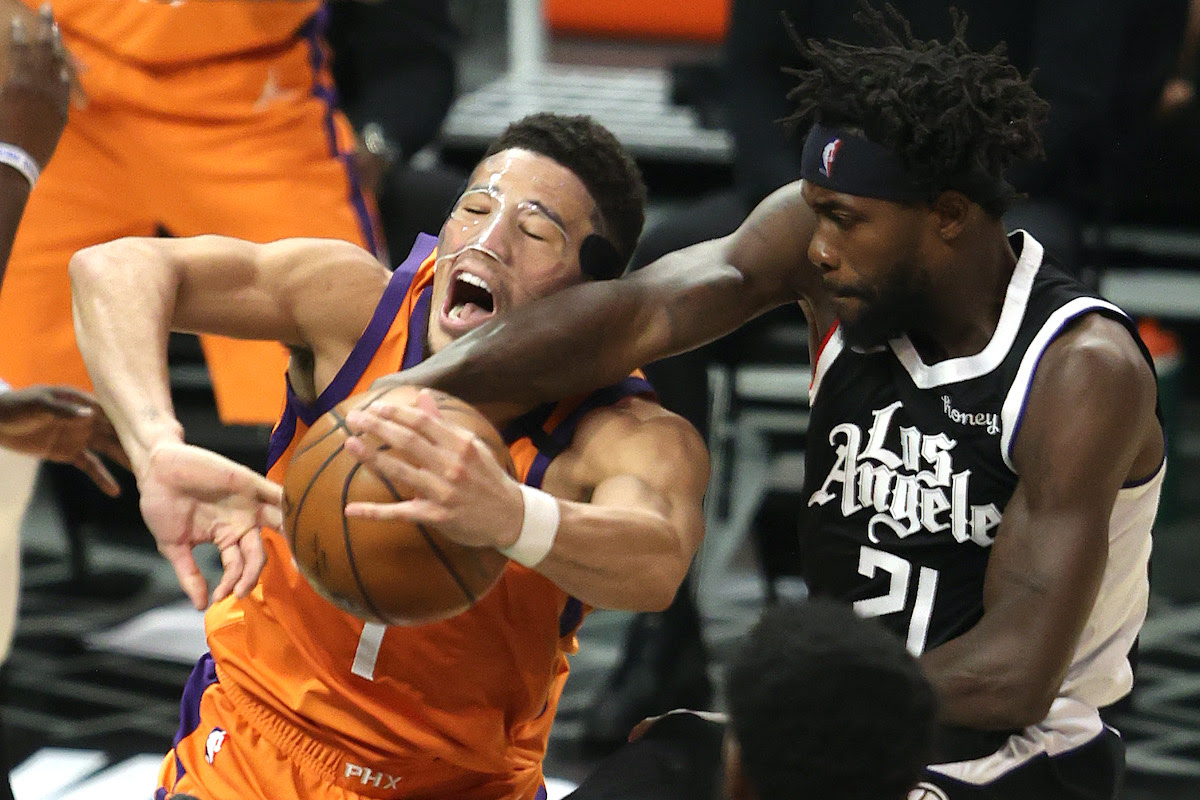 Where have we seen this movie before? The L.A. Clippers fell behind 2-0 in the Western Conference Finals, just like each of the two series before. And once again, they won Game 3 to stop the bleeding as they attempt to mount another comeback. Paul George (27 points, 15 rebounds, 8 assists) was the star of Game 3, but the Clippers’ defense shut down the Suns in Chris Paul’s return. Both Paul and Devin Booker went 0-for-9 from the floor in the first quarter. Phoenix climbed back before halftime, but the Clippers cruised in the second half. It’s 2-1, and the Clippers have life.

No team in NBA history had ever overcome multiple 0-2 series deficits in one postseason until the Clippers did it in Rounds 1 and 2. Everyone assumed the West Finals would be a different story, especially with Chris Paul’s return in Game 3 and no Kawhi Leonard for L.A. A total of 433 NBA playoff series have started 2-0, and only 6.9 percent of trailing teams have come back to win. Somehow, Clippers’ coach Tyronn Lue has an eye-popping 4-2 record (.667 win pct.) when trailing 0-2 in the playoffs.

The No. 2 seed in the College Baseball World Series is moving on to the semis after a 6-2 win over Virginia on Thursday. The Longhorns face Mississippi State tonight for a shot at the title against the winner of Vanderbilt-NC State.

Lizette Salas shot a 5-under 67 on Thursday to lead Round 1 of the LPGA Championship at Atlanta Athletic Club. The 31-year-old California native played a bogey-free round and holds a one-stroke lead. Her last LPGA Tour victory came in 2014.

The Biggest Questions for Team USA

Group play at the Tokyo Olympics is set to tip off on July 25, just three days after the NBA playoffs are scheduled to end. Despite the tight window, a number of players who are still at it have committed to Team USA’s 12-man roster for the international tournament. (Bleacher Report)

The NCAA appears headed toward a temporary solution regarding college athletes’ ability to make money from their name, image and likeness that will involve schools in states with NIL laws to follow them, and those without to set their own policies. (USA Today)

Where Have All the Cutouts Gone?

There were few, if any, fans in NFL stadiums last season. Taking their place were thousands of cardboard cutouts representing fans, former players, celebrities, and even pets. As the league returns to business as usual, what happened to them all? (The Ringer)