And happy Father’s Day to all the dads on the team. The sports world was treated to plenty of sports dad storylines, but this one got me: Usain Bolt had newborn twins during the pandemic… He named one ‘Thunder.’ Not a joke. Thunder Bolt. Amazing. Dads rule. Let’s do some sports. 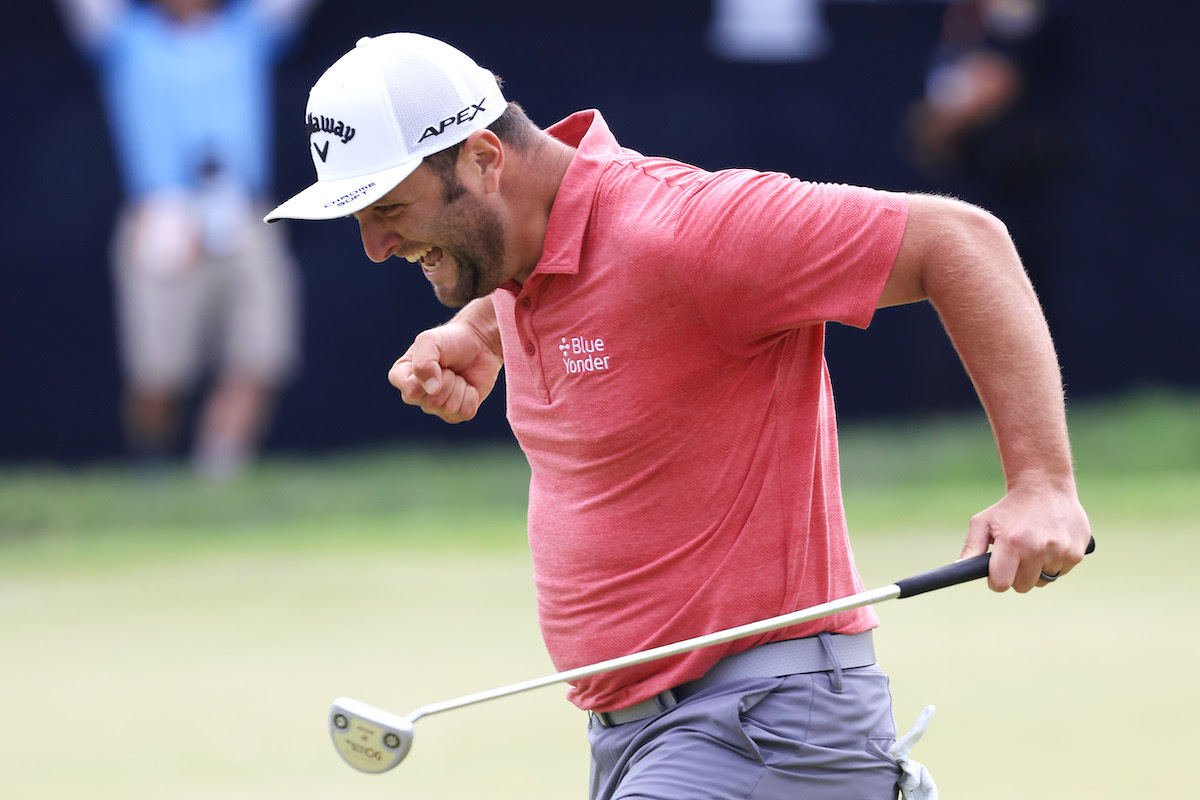 More than a dozen players were within three strokes of the lead once Sunday’s final round of the U.S. Open began. That group included five of the top-10 players in the world, but only one was standing atop Torrey Pines at day’s end. Jon Rahm, just two weeks removed from a heartbreaking withdrawal due to COVID-19, went birdie-birdie on Holes 17 and 18 to take sole possession of the lead at 6-under. Louis Oosthuizen was his only remaining challenger on the course, and he bogeyed the 17th to give Rahm his first career major title. Rahm is also the first Spaniard to win the U.S. Open in the 126-year history of the event.

If you remember, Rahm was forced to withdraw from The Memorial Tournament after a positive COVID-19 test while holding a commanding six-stroke lead. He then spent a week in quarantine before returning to the golf course a few days before the U.S. Open.

Rahm entered Sunday just 2-under before posting the lowest Sunday score at 4-under (67), including two birdies on the final two holes. On Hole 18, he scrambled out of the green-side bunker and sunk a difficult left-to-right 20-footer for the outright lead. A fist-pump, a joyous scream and a major victory, finally, for Jon Rahm. He’s the new No. 1 in the World Golf Rankings.

*Bryson DeChambeau held the outright lead at the turn (-5) but finished 8-over on the final nine holes.

Golf.com: Jon Rahm Seized the Moment at the U.S. Open As His Competitors Succumbed To It

CBS Sports: Jon Rahm Emerges From a Pack of Superstars as Best of Them All at Torrey Pines

The Conference Finals Are Set 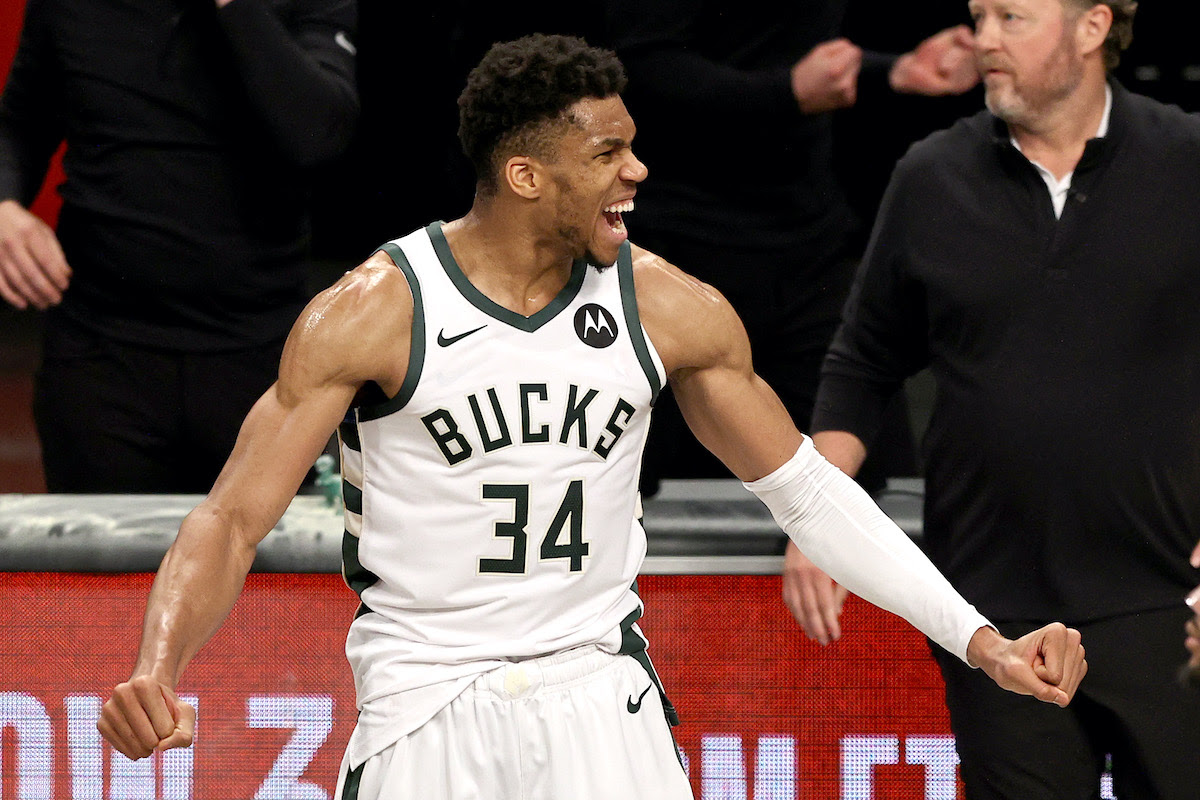 Giannis Antetokounmpo (40 points) and the Bucks finally slayed their playoff demons with a Game 7 win over the Nets on Saturday despite 48 points from Kevin Durant. The game of the weekend went to OT after Durant hit a miraculous shot to force overtime, but the Bucks outscored the Nets 6-2 in the OT. Durant’s spectacular playoff run comes to an end, but the Bucks play on. They’ll meet the Hawks in the ECF. MIL Wins Series (4-3)

The Hawks are going to the Eastern Conference Finals for the first time since 2015 — and just the second time since 1970 — after beating the 76ers in Game 7 with a late 4th-quarter run. Trae Young (21 points) was held in check until a few big shots down the stretch, but Kevin Huerter (27 points) poured in a playoff career-high. It was Atlanta’s first Game 7 win on the road in franchise history, and it leaves the Sixers with offseason question marks after another failure to get out of the East. ATL Wins Series (4-3)

The Suns and Clippers met for Game 1 of the Western Conference Finals on Sunday afternoon without two of the game’s premier players. Both Chris Paul (COVID-19) and Kawhi Leonard (knee) were out, but Devin Booker (40-13-11) stepped up with 40 points and his first career triple-double. The atmosphere was electric in Phoenix as the Suns won their eighth straight playoff game. PHX Leads Series (1-0)

Wandering Into the Big Leagues 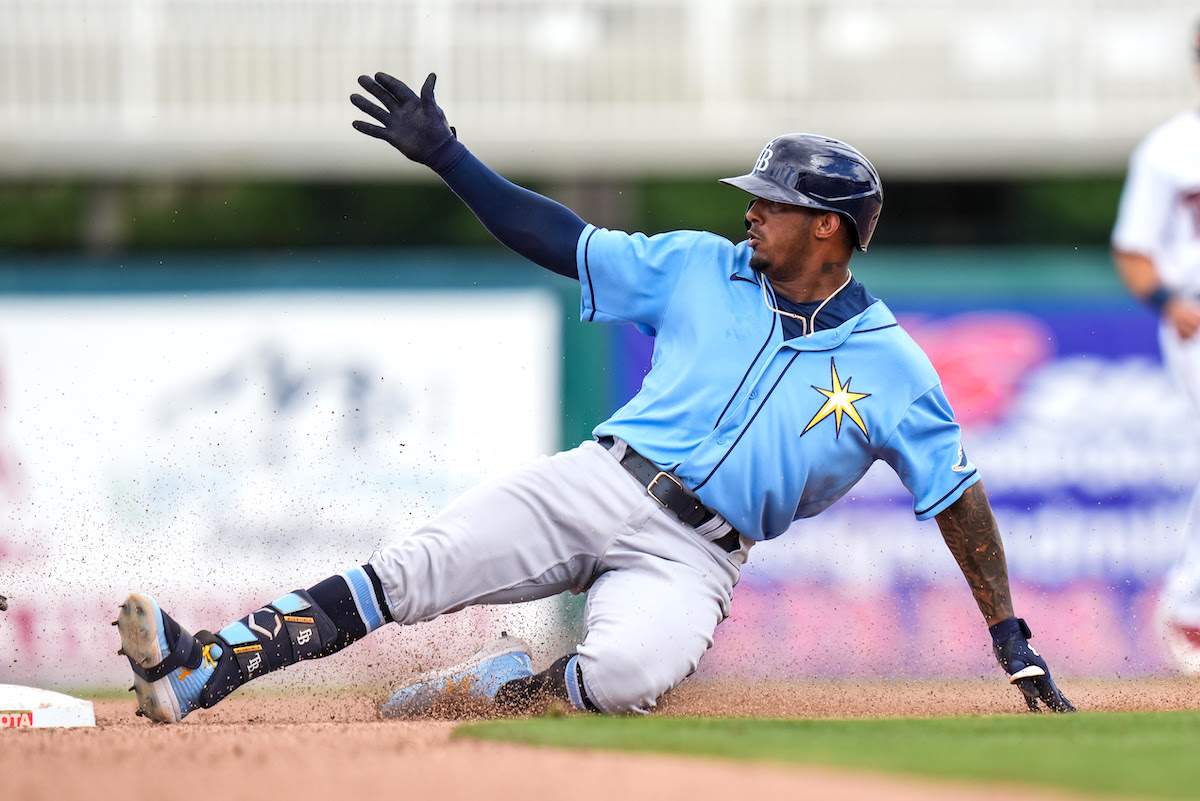 Wander Franco, No. 1 Prospect in Baseball, Called Up by Tampa Bay Rays

He’s finally here. The Rays made waves on Sunday when they officially called up shortstop Wander Franco from the minors. Franco has been the consensus No. 1 prospect for the last two years, and with the Rays hitting a six-game losing skid, they’re finally ready to cut him loose. The 20-year-old Dominican Republic native ripped apart Triple-A pitchers with a .315 batting average and 35 RBIs this season. The Rays host the Red Sox on Tuesday for the start of a three-game home series at Tropicana Field. Now, it’s time to unleash the kid known as “El Patron” (The Boss).

MLB: Everything You Need to Know About Wander Franco

Schwarber Catches Fire: The hottest bat of the weekend belonged to Nationals’ 3B Kyle Schwarber, and my goodness, he raked. Schwarbs hit two home runs in Saturday’s win over the Mets (6-2), then another three jacks in Sunday’s win (5-2). His five HRs in back-to-back games tied an MLB record.

Yankees Turn 3, Again: Deja vu in the Bronx? Just three days after turning a never-before-seen triple-play last Thursday, the Yankees one-upped themselves. Sunday’s triple-play was a 9th-inning, game-ending 5-4-3 turn that gave New York a 2-1 win over the A’s. They have three triple plays this season.

D-Backs Lose 17th Straight: Another night, another loss for the Diamondbacks. Arizona scored six runs in the 8th inning on Sunday to forge a furious rally against the Dodgers, but they still lost their 17th straight game (9-8). The longest MLB losing streak in the modern era is 23 (1961 Phillies). The longest ever is 26 (1889 Louisville Colonels). The D-backs are closing in on the wrong side of history…

All Square On Ice 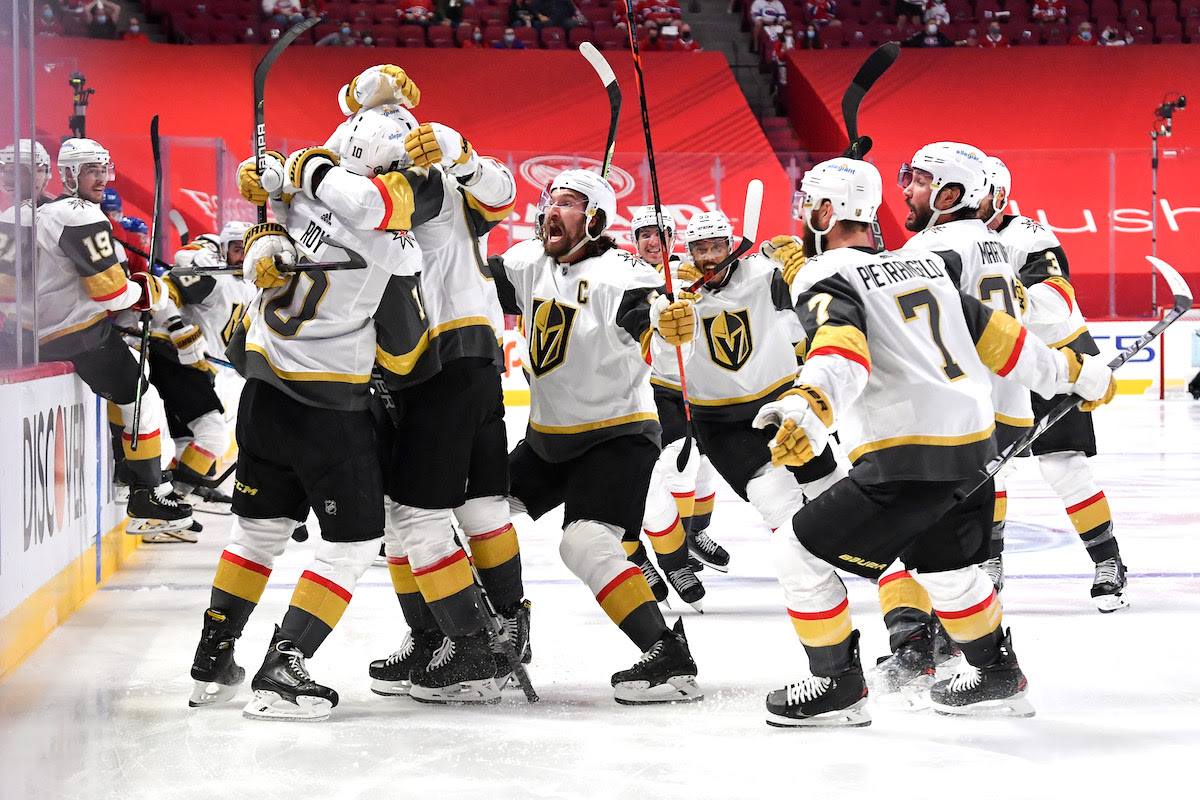 Golden Knights & Islanders Even the Stanley Cup Semifinals at 2-All

It’s neck and neck in the Stanley Cup Semifinals as each of the last five games have been decided by one goal. Both series are tied 2-2 after the weekend’s low-scoring action, leaving goaltenders as the big superstars thus far. Here’s how the chase for the Stanley Cup is shaking out:

Las Vegas was in danger of going down 3-1 in the series before a late surge in Game 4. The Golden Knights trailed 1-0 until Brayden McNabb tied it in the third period to force overtime. Nicolas Roy was the hero just 1:18 into the extra period as Robin Lehner made 27 saves in a one-goal performance. The series has went to overtime in both Games 3 and 4. Series Tied (2-2)

Brayden Point lit the lamp once again for the Lightning in Saturday’s Game 4, but it was the Islanders’ three-goal 2nd period that prevailed. New York guaranteed themselves at least one more game in Nassau Coliseum (Game 6). The series heads back to Tampa Bay for Game 5 tonight. Series Tied (2-2)

The NCAA College World Series has been underway for weeks, but the eight finalists traveled to Omaha over the weekend to throw out the first pitch on the final week of action. Those eight remaining teams are; #2 Texas, #3 Tennessee, #4 Vanderbilt, #5 Arizona, #7 Mississippi State, #9 Stanford, NC State and Virginia.

WNBA: Tina Charles is Lighting Up the WNBA

The Washington Mystics won again on Saturday behind 30 points and 15 rebounds from Tina Charles. The 32-year-old is scorching the WNBA this season with 24.5 ppg (1st) and 9.0 rpg (4th). The Mystics have won four of their last five.

Lewis Hamilton’s reign on Formula 1 could finally be in jeopardy after Max Verstappen won the French Grand Prix this weekend and overtook Hamilton in the F1 points race. Hamilton has won seven F1 titles, including the last four.

The group stage is drawing to a close and some teams are beginning to secure their spots in the knockout round. Italy and Wales became the first teams to advance. Here’s what we learned through the first two sets of group stage fixtures at EURO 2020. (NBC Sports)

In honor of Father’s Day, let’s talk about some baseball dads. No, I’m not talking about baseball players who exude big dad energy such as Jay Bruce or Curtis Granderson. I’m talking about actual fathers and sons who played in Major League Baseball. (FOX Sports)

An injury increase has been the storyline in a unique NBA season that featured an expedited turnaround. And as the postseason limps toward the finish line, one thing is clear: Try as they might, the NBA’s players can’t handle the cruel grind of another season like this. (The Ringer)

Undefeated Boxer Gets KO’d With 1st Punch in Middleweight Bout