“Being a sports fan is a complex matter, in part irrational but not unworthy; a relief from the seriousness of the real world, with its unending pressures and often grave obligations.”

Today’s top story is all about you — the fan.

Attention Sportsletter Readers: We’re giving away an exciting package for sports fans simply by signing up for other newsletters in our family of publications. It includes a 1-year subscription to ESPN+ and a $500 gift card to Dick’s Sporting Goods. 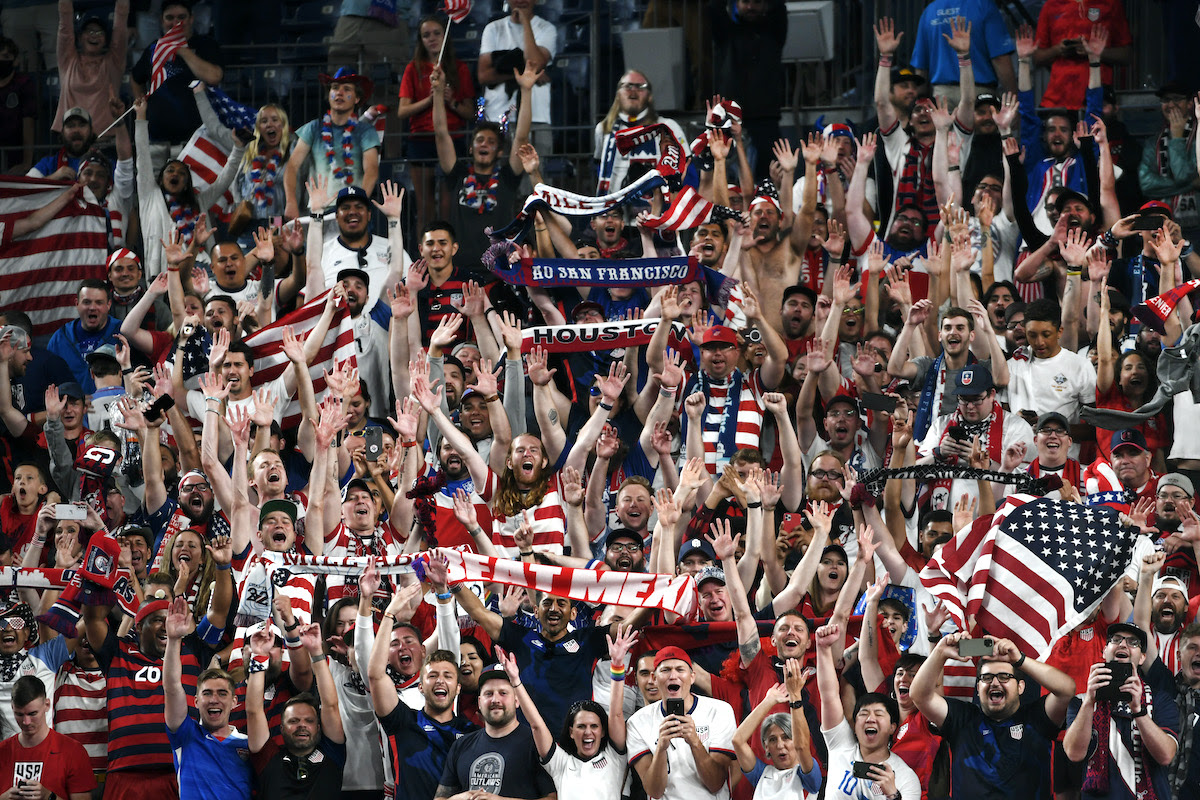 After A Year of Empty Stadiums, The Fans Are Back & More Rambunctious Than Ever

For over a year, fans around the world waited for the scenes we’re witnessing now. Limited capacity arenas were a slow-roll back to normalcy, but the excitement is finally back in sports, and so are the shenanigans.

From January to April, the rollout of vaccines and decline in the COVID-19 pandemic opened the door for life as we knew it to resume in some form. Now, with full arenas throughout the month of May, culminating in a Memorial Day Weekend celebration, fans are (basically) all the way back. However, they’re a bit overhyped after being cooped up for a year.

Fan Incidents in the Last 3 Weeks

Fan misbehavior stole the headlines in the opening round of the NBA Playoffs, with three spectators in Boston, Utah and New York overstepping the boundaries of the playing field. A Celtics fan threw a water bottle at Kyrie Irving. A Knicks fan spit on Trae Young. A Jazz fan harassed the family of Ja Morant in Salt Lake City. Then came Sunday night…

The shower of trash that rained down in the Concacaf Nations League Final was nothing short of disgusting. Multiple players on the U.S. Men’s National Team and Mexico were hit by water bottles throughout the contest. A fan jumped the railing to rush the field before being tackled by security. And anti-gay chants even led to a pause in the action.

Just a few weeks ago, we saw the outrage from fans in Europe over the creation of a new Super League. And rightfully so, as they were only expressing their displeasure to maintain tradition.

It’s not all “fans behaving badly” across the globe, but there’s a spectator uprising unlike anything we’ve seen before, and it’s manifesting itself in different ways. The “why” is obvious: We lost something near and dear to all of us for the better part of a year. Now, after knowing how it feels to be without our team — or worse, watch our team play without us — we went haywire.

Editor’s Note: There’s a reason these celebrity pay-per-view matchups in boxing and golf seem to quench the thirst of a parched sports fan after a year in the desert. But I digress…

Part of writing this piece was to put our own stamp on this storyline as we watch it unfold throughout the summer. And I promise you this: It will continue to unfold. With the Olympics quickly coming and hungry NFL fan bases eyeing football in the fall, the rambunctious spectator is swarming back in droves. The Ryder Cup will have a voice. College football tailgates will be hyper-charged. And the World Series will return to home venues rather than limited seating at a neutral site. This year is the comeback of the fan. But there’s a test. How will we handle the comeback from a year unlike any other?

So far, it’s been ugly. But a few bad apples doesn’t mean all fans have gone dark. When passionate people have no outlet for far too long, it overflows. It’s up to us, the fans who make sports worth watching, to make sure this fan-demic trends in the right direction.

NPR: NBA Arenas Have Been Opening — With A Rash of Fan Incidents Toward Players
NBC Sports: Football Fans Heading Back to Games Are On Notice: There Are Consequences for Misbehavior 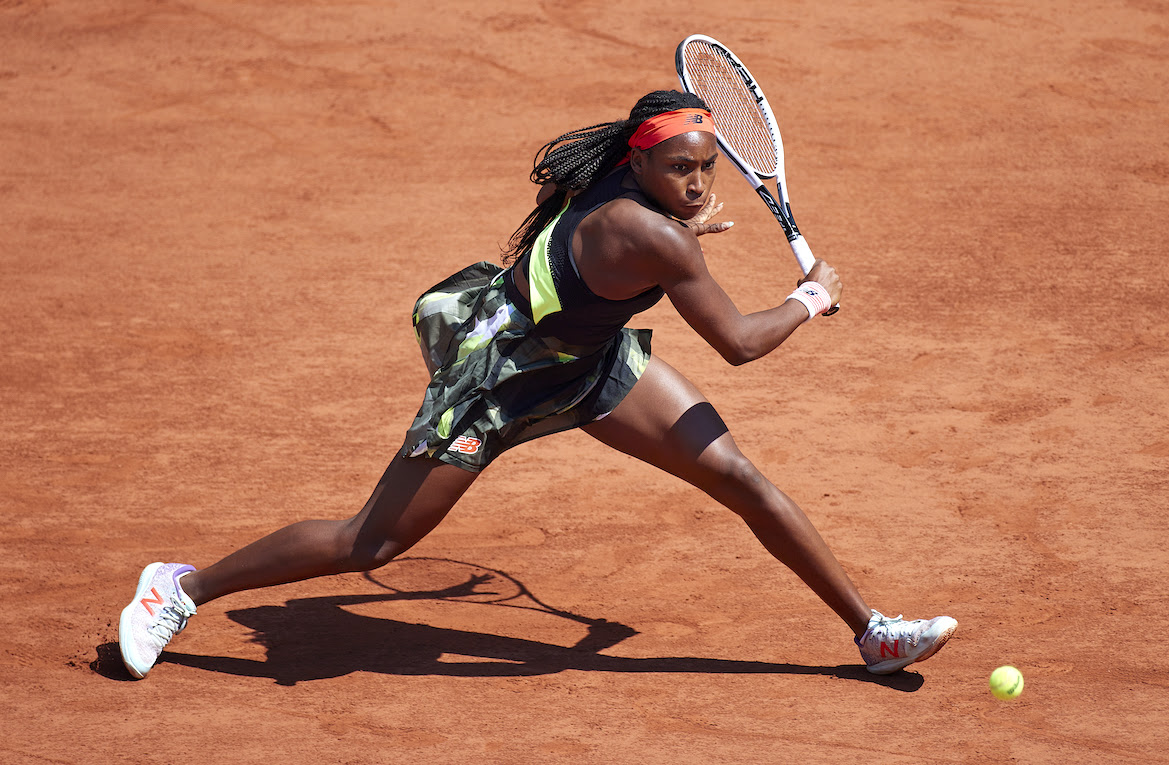 Chaos has controlled the headlines in the women’s draw at the French Open, but that chaos is making way for an epic run by America’s favorite young tennis star. Coco Gauff, the 17-year-old who burst onto the scene at Wimbledon in 2018, reached the quarterfinals with an easy straight-set win on Thursday. It’s her first trip to the quarters in a grand slam, and this could be the teenager’s official welcome moment to the top of the tennis world.

French Open Chaos: A shocking list of the top players in the women’s draw are already out at Roland-Garros, either via upset or withdrawal. That list includes (1) Ashleigh Barty, (2) Naomi Osaka, (3) Aryna Sabalenka, (5) Elina Svitolina, (6) Bianca Andreescu, (7) Serena Williams and (9) Karolina Pliskova. (4) Sofia Kenin was also eliminated on Monday morning, leaving just one top-10-seeded player remaining in the women’s draw — (8) Iga Swiatek. The doors are open for an underdog winner, and Gauff remains in the hunt. 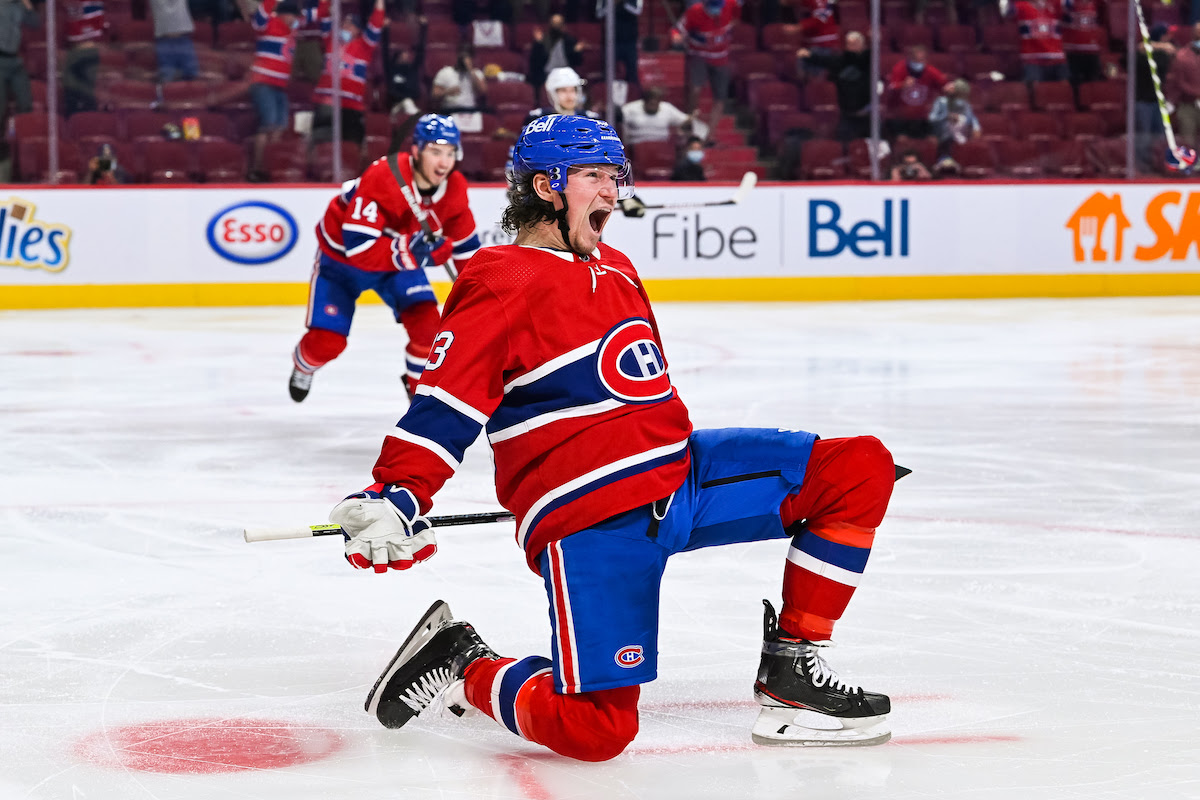 The Canadiens’ dream run continues! Montreal entered Game 4 riding a six-game win streak in the playoffs, but they blew a 2-0 lead and put that streak on the line in overtime. That’s when Tyler Toffoli came to the rescue with his game-winner just 1:39 into the extra period. It was the Canadiens’ third overtime win of the postseason, and the 4-seed from the North Division — the 16th and final team to clinch a playoff bid — is the first team moving on to the Stanley Cup semi-finals.

NHL: Islanders Push Bruins to the Brink With Game 5 Victory
SportsNet: Shea Weber on How Canadiens Flipped the Switch to Sweep the Jets (Video) 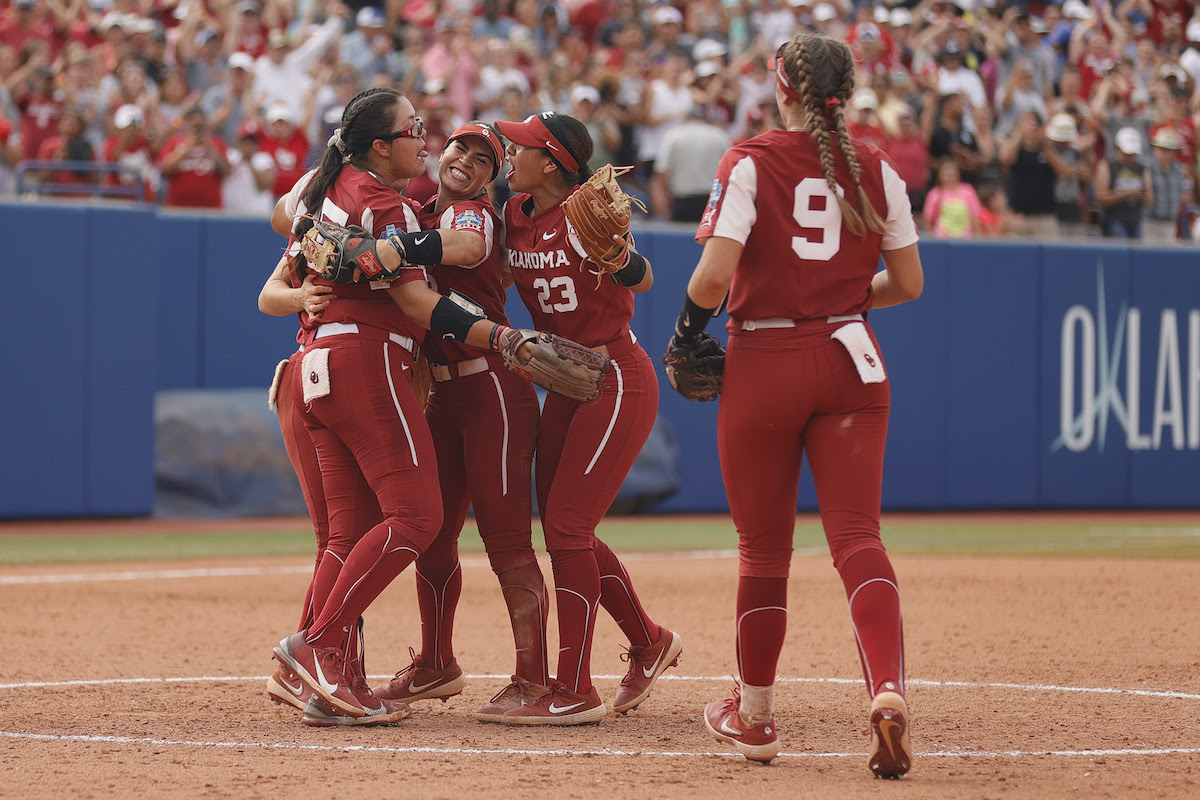 After weeks of action in Oklahoma City, the NCAA Women’s College World Series has reached its final pairing. #1 Oklahoma took down the Cinderella story from James Madison on Monday (7-1) before #10 Florida State stunned #6 Alabama (8-5) for the second straight elimination game to come out of the loser’s bracket. It’s been another exciting tournament after last year’s no-go due to COVID-19.

The Sooners (4) and Seminoles (1) are no strangers to the championship series with five combined titles. Oklahoma’s four NCAA softball championships is tied for third-most all-time behind UCLA (13) and Arizona (8). Those four titles came in 2000, 2013, 2016 and 2017, but it’s Florida State (2018) who has the more recent championship run.

No James Harden? No problem for Brooklyn. The Nets absolutely stomped the Bucks in Game 2, jumping out a 50-point lead by the 4th quarter before putting in the subs with more than nine minutes to play. Brooklyn shot 50 percent from 3-point range (21-for-42) in a runaway that might define the series. BKN Leads Series (2-0)

The Suns and Nuggets delivered a much different story in the second game of the night, going toe-to-toe for the first half before a 9-0 Phoenix run to open the second half. Chris Paul, Devin Booker and the Suns starters hit big shots down the stretch to extend the lead. All five starters combined to score 98 points on 70-percent shooting. Phoenix is on Finals alert. PHX Leads Series (1-0)

Celebrity Boxing Has Gone Too Far

At the end of the exhibition between Mayweather and Paul, the crowd rained down boos as the fight ended in unspectacular fashion. They were waiting on a knockout they would not get. Hopefully Mayweather was listening to the sound. Because more bouts like this will further erode boxing… (USA Today)

Jon Rahm couldn’t help but instantly slump towards the ground on Sunday when he learned his six-shot lead at the Memorial Tournament meant nothing. A COVID-19 diagnosis erased his lead, one of the great rounds in the tournament’s history (8-under, 64) and his chance for a sixth PGA Tour title. (Golf.com)

The Packers sent a public message to Aaron Rodgers over the weekend, saying the franchise quarterback has divided the fan base. Tuesday, Rodgers gets his chance to respond. And that response will lack any ambiguity. He either shows up for this week’s practices, or skips camp entirely. (Yahoo! Sports)

Do you think fan behavior has gotten out of control after the long-awaited return to arenas?