The NFL Draft is complete. An underdog (underhorse?) won the Kentucky Derby. Jayson Tatum threw up a 60-spot. April was fun, but May is bringing the heat.

If you blinked this weekend, you missed something exciting.

Must-See Moments From the 2021 NFL Draft 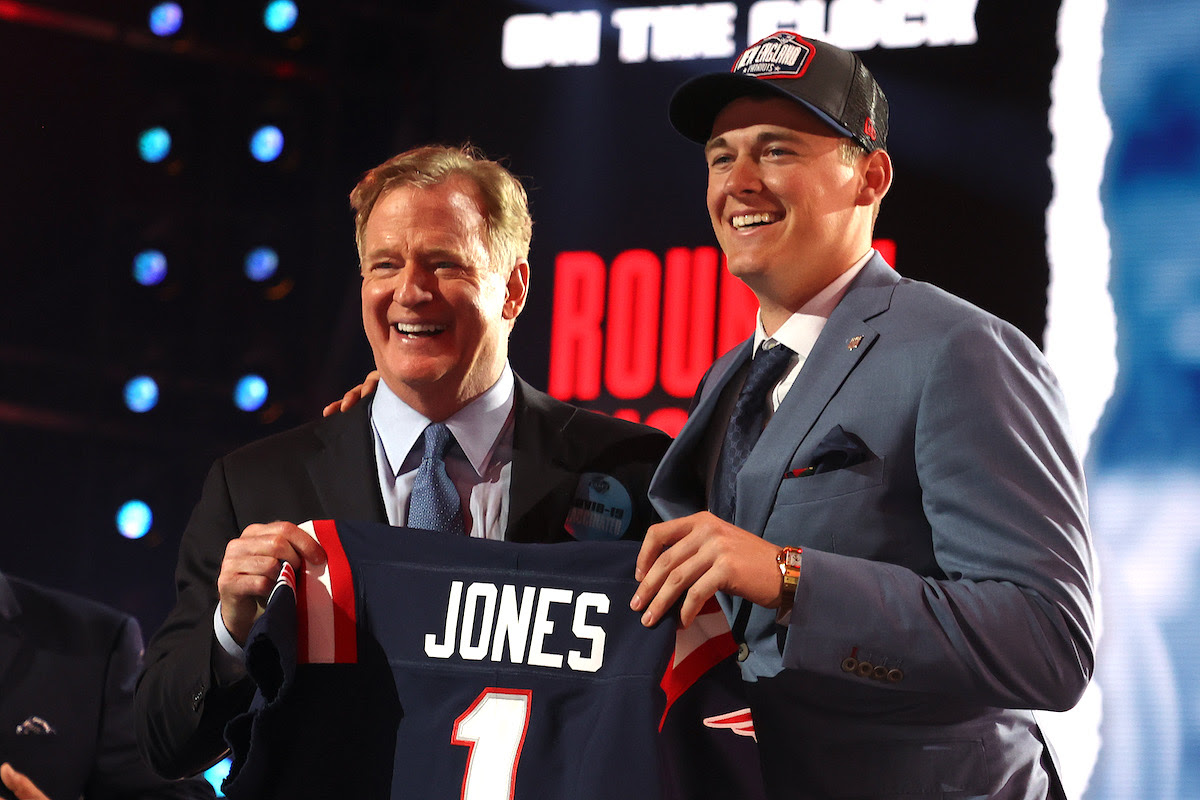 The NFL Draft has come and gone, and chances are your team just loaded up the roster with close to a dozen players via picks and undrafted free agents. With more than 200 draftees finding new homes this weekend, it’s impossible for us to go pick-by-pick or grade every team. But here are a few of the notable highlights, moments, and late-round steals of the 2021 draft.

Biggest Steals of Round 2

Even with this year’s draft based in Cleveland, NFL teams still hosted their war rooms in various hot spots across the country. From Sean McVay’s beach-front home in Malibu to tear-filled phone calls of dreams becoming reality, there were plenty of team draft moments and surprising picks that stole the show.

After six 1st-round picks in this year’s draft — tying Miami’s (2004) record for most in the 1st-round — Alabama finished with 10 players selected this weekend, including eight in the first three rounds. Head coach Nick Saban has more 1st-round picks (33) than losses (23) in 14 seasons at Alabama. By the draft’s end, the SEC had 65 players selected, breaking its own record from 2019 (64).

The Ringer: 2021 NFL Draft Team Grades for All 7 Rounds 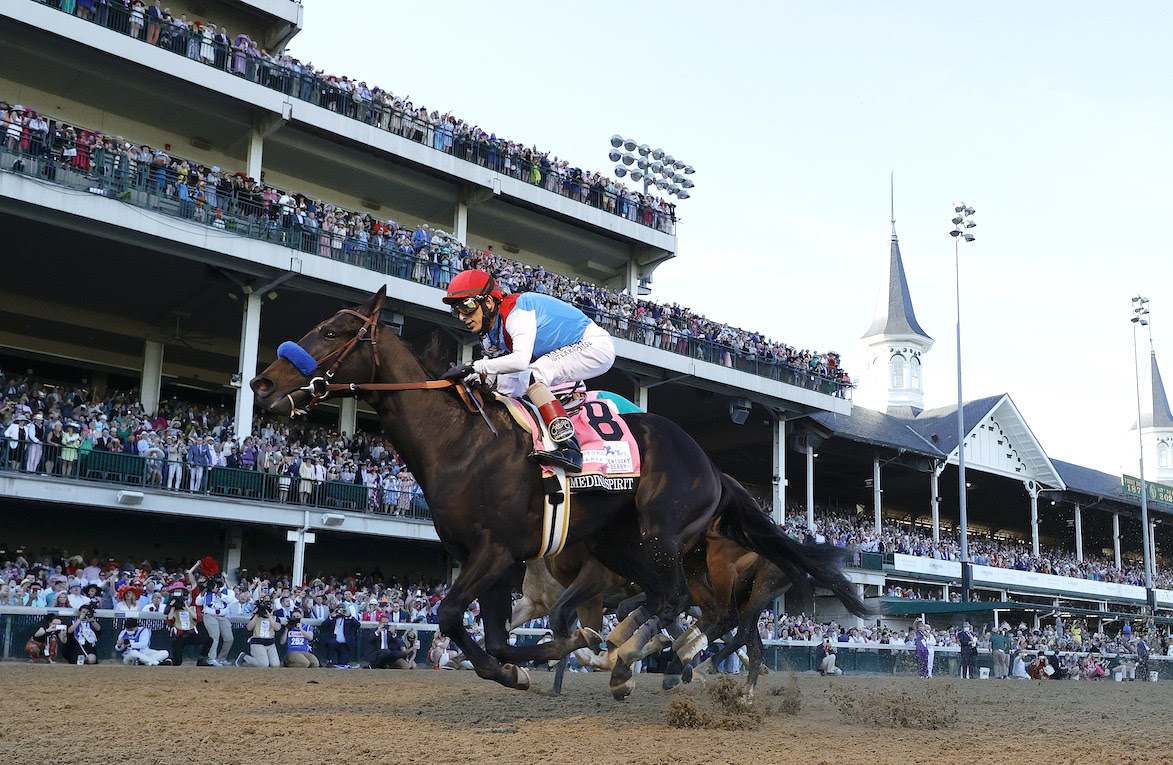 History was made Saturday night in the 147th Kentucky Derby. Medina Spirit — the horse with the sixth-best odds — led wire-to-wire and held off three other horses within one length on the final stretch. Jockey John Velasquez, who rode last year’s winner Authentic, won his second straight race (4 of the last 11) as he claimed another win for trainer Bob Baffert. Baffert now holds the outright Derby record with seven wins at Churchill Downs. 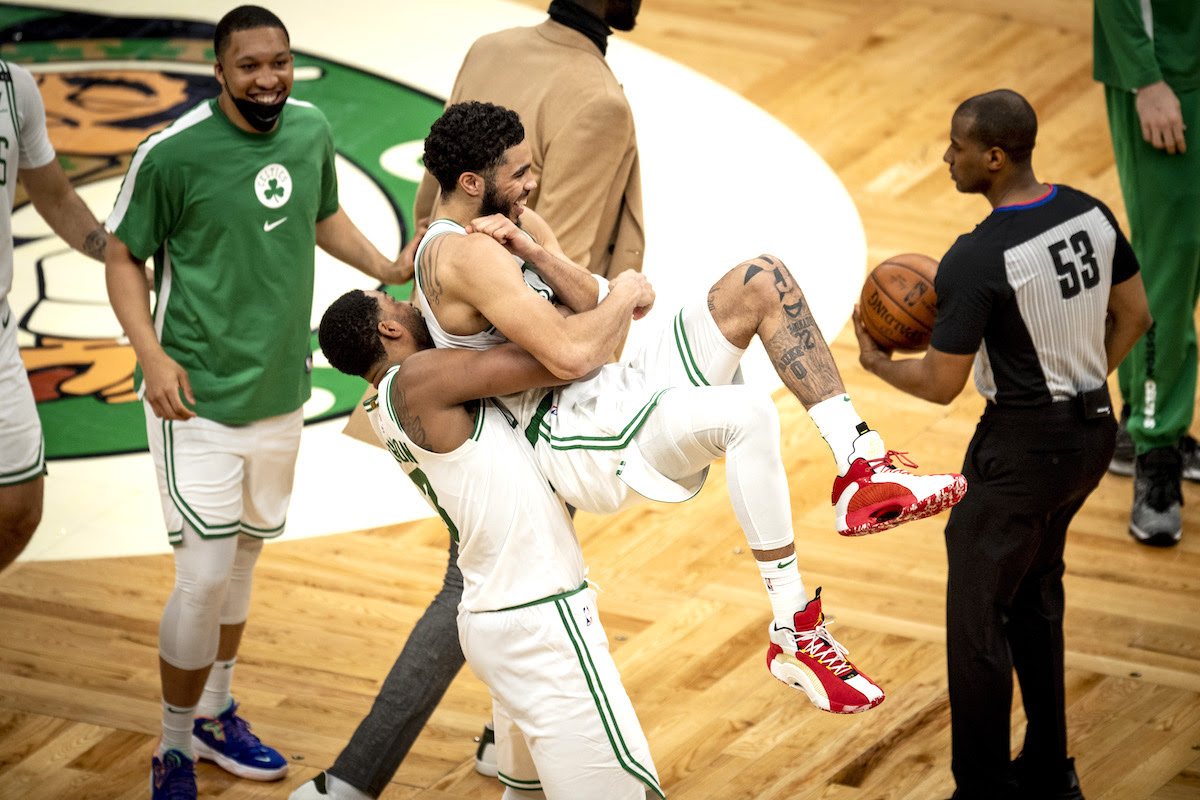 A busy weekend in the NBA was headlined by one man, and his name is Jayson Tatum. The Celtics’ rising star — who erupted for 44 points and 53 points on separate occasions in April — ended the month with a 60-ball on Friday. The Celtics needed every point to beat the Spurs in OT (143-140) as Tatum tallied his new career-high and tied a Celtics single-game scoring record (Larry Bird, 1985).

Cole Anthony Calls Game: Magic rookie Cole Anthony hit the shot of the weekend on Saturday night. Trailing the Grizzlies by two, Anthony drilled a 3 with 0.1 seconds left to give Orlando the win (112-111).

Pacers Deliver Historic Blowout: The largest home loss in NBA history? That’s what happened to the Thunder when they met the Pacers on Saturday for a 57-point thumping (152-95). Indiana shot 65 percent in the record-breaking night.

The Giannis—Durant Battle: Giannis Antetokounmpo (49 points) and the Bucks held off Kevin Durant (42 points) and the Nets in a superstar showdown on Sunday afternoon. The Bucks won (117-114) and became the fifth team in the league to clinch a playoff spot.

Teams That Have Clinched Playoff Berths 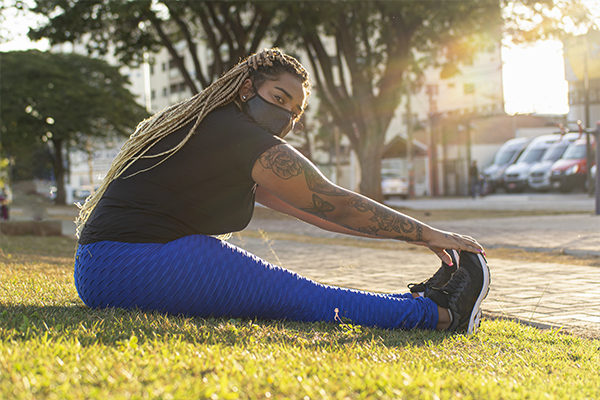 Get Back to Normal

Returning to the moments that we all miss starts with getting informed. There’s nothing wrong with having questions about the vaccines, what’s important is getting your questions answered.

Here are some things to know about the COVID-19 vaccine: Because vaccines are given to millions of healthy people to prevent serious diseases, they’re held to very high safety standards. The FDA requires all vaccines to go through rigorous testing clinical studies to establish the safety and efficacy of the vaccine. Researchers made sure that the trials included adults of diverse backgrounds, races, ethnicities, and underlying conditions. Have more questions? That’s okay!

Get Informed → Get Back to Normal

️ MLB: No Love Lost in the NL East

Among the baseball highlights from the weekend emerged a benches-clearing moment in an NL East rivalry. Phillies reliever Jose Alvarado struck out Dominic Smith after a testy at-bat, and jawing turned to a team-on-team meeting at home plate. The Phillies won Friday’s game (2-1), but the Mets won the weekend series (2-1).

The Islanders blanked the Rangers on Saturday (3-0) in the battle of the Big Apple. Anthony Beauvillier scored two of the Isles’ three goals, and they became the 10th team to clinch a spot in the NHL Playoffs.

The premier matchup in the MLS on Sunday was a West Coast rivalry that went in favor of the Seattle Sounders, who shut out the LA Galaxy (3-0) thanks to a pair of goals from Raul Ruidiaz. After three weeks, Seattle is undefeated atop the MLS.

Juventus’ decade-long reign in Serie A has finally come to an end. Inter Milan scored a 2-0 victory over Crotone on Saturday to capture their first Scudetto — the Italian league regular-season trophy — since 2011.

Keegan Bradley shot a 7-under 64 in Round 1, but Sam Burns fired back with an 8-under 63 in Round 2 to close the gap and steal the Valspar Championship by three strokes (-17) on Sunday. It was the 24-year-olds’ first PGA Tour victory after several close calls.

World No. 2 Naomi Osaka suffered a stunning upset on Sunday at the Madrid Open. Osaka was beaten by Karolina Muchova (6-4, 3-6, 6-1) in the second round. It was the third win against a Top-5 player for the 24-year-old Czech star.

The Cost of Trading for Aaron Rodgers

While several clubs have reportedly been turned away already, it’s only a matter of time until the Packers are forced to field offers for their disgruntled quarterback. Here’s what it’ll cost potential suitors like the Broncos and Raiders. (CBS Sports)

English soccer — and other players and clubs across Europe — protested online abuse with a social media blackout this weekend. The boycott is the most direct effort yet by a sport to pressure social media companies like Twitter, Instagram and Facebook to take action against abuse. (NY Times)

Can’t make this stuff up. Kyle Busch won NASCAR’s Buschy McBusch Race 400 at Kansas Speedway on Sunday — his 36th birthday. “Heck, I just remembered, the Buschy McBusch race. The Busch won it, what do you know, right on.” (USA Today)

Fans Invade Stadium in Protest of Manchester United Ownership, Force Game With Liverpool to be Postponed