LeBron is hitting playoff daggers like it’s 2012. The Bruins-Caps series went to OT for the third straight game. And yes, there was another no-hitter for the second straight night.

You’re not dreaming. This is real. 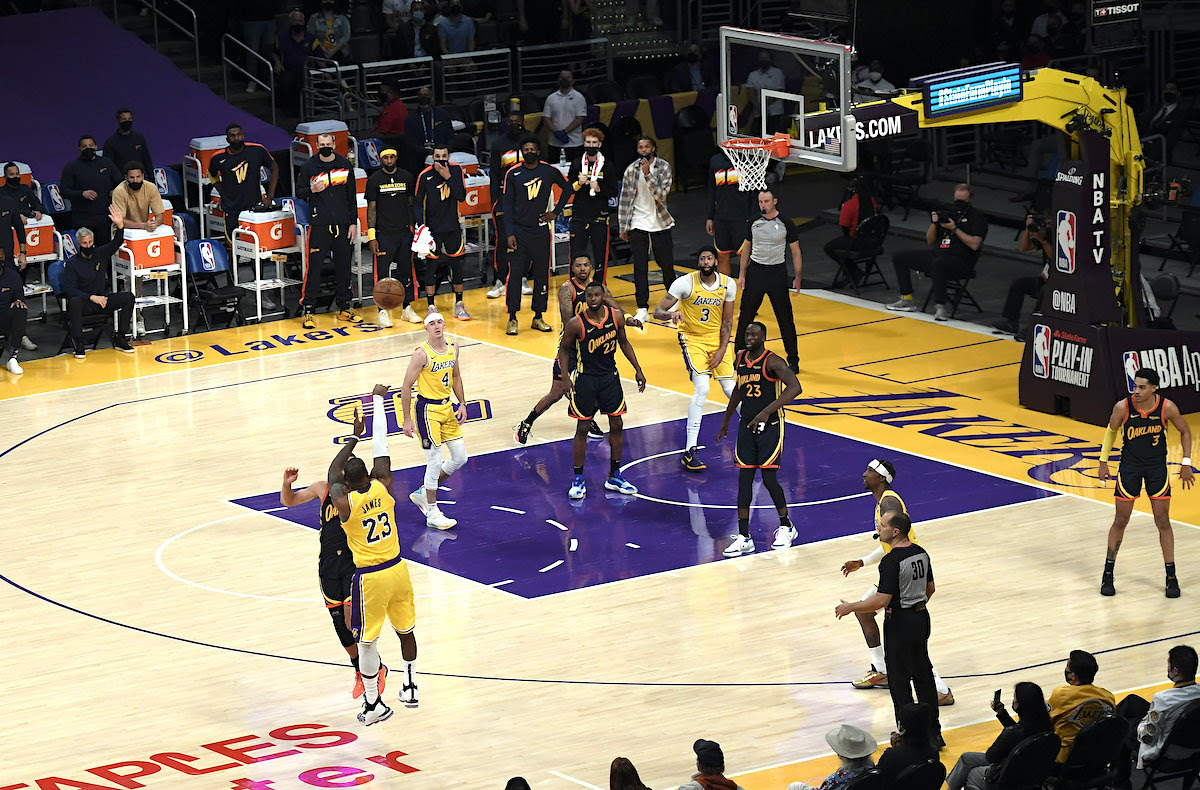 The game of the week lived up to the hype. The Warriors and Lakers met with the 7-seed on the line Wednesday night in a titanic matchup. LeBron James (2) and the Warriors (3) combined for five of the last six NBA titles, and of course it went down to the wire. The Grizzlies sent the Spurs packing in the early game to keep their playoff hopes alive. Here’s how the West play-in played out.

The Grizzlies stepped on the Spurs early and took a 38-19 lead in the 9-10 play-in matchup. San Antonio responded, but Memphis hung on thanks to 20-plus apiece from the trio of Ja Morant (20), Dillon Brooks (24) and Jonas Valanciunas (23). Valanciunas also had 23 boards in a monster double-double. The Grizz will get the Warriors for the 8-seed play-in game on Friday night.

Wednesday clash of royalty was worth the price of admission. The Warriors held a 13-point halftime lead, but LeBron James and the Lakers erased the deficit early in the third quarter. It was back and forth down the stretch before James delivered the would-be game-winner — a catch-and-shoot 3 from the logo as the shot-clock expired… in Steph Curry’s eyehole! Curry (37 points) stole the show in the first half, but James had a triple-double (22-11-10) and the biggest shot of the play-in round, thus far. L.A. gets the 7-seed and a date with the 2-seed Suns in Round 1.

Yahoo! Sports: LeBron James Posts Triple-Double And a Dagger to Advance Lakers Out of Play-In 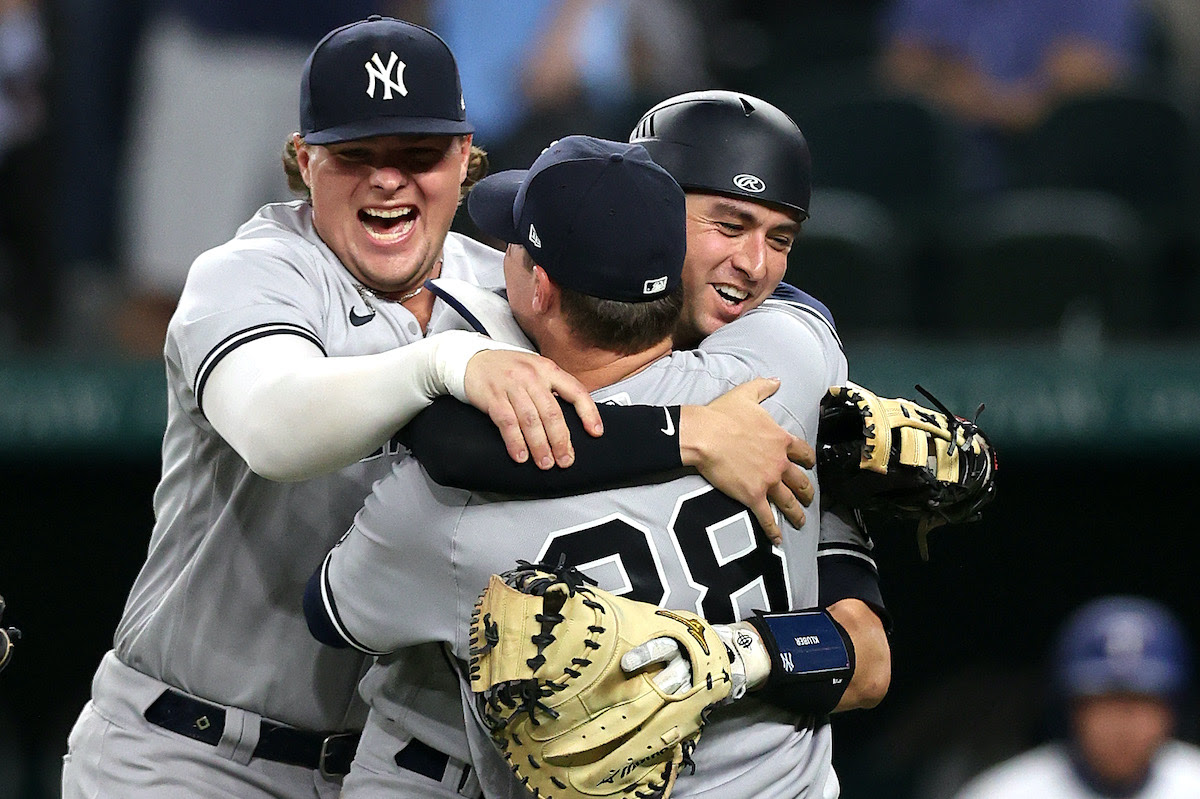 This was supposed to be a comeback season for Corey Kluber after a season-ending muscle tear last year. Consider Kluber officially back. The Yankees’ ace added to the crazy stretch of no-hitters with a 9-K, 1-walk gem against the Rangers (2-0) in his return to Globe Life Field on Wednesday. The 35-year-old, two-time Cy Young winner notched the 12th no-hitter in Yankees history, but it was the first for the franchise in the 21st century. The last Yankees arm to toss a no-no was David Cone (1999). Kluber got Willie Calhoun to ground out to Gleyber Torres on pitch 101. ESPN’s Michael Kay on the call…

“On a Wednesday night in Texas, Kluber becomes part of forever!” — Michael Kay

Fun Fact: Wednesday was Corey Kluber bobblehead night at Globe Life Field. The Rangers had leftovers from Kluber’s one inning in a Rangers’ uniform last season.

After Tigers pitcher Spencer Turnbull threw a no-hitter just 24 hours earlier, Kluber’s no-no bid marked the first pair of back-to-back no-hitters in the majors since 1969. That’s six no-hitters in 42 days. The MLB season record in the modern era is seven. We still have 3/4 of the season to play. 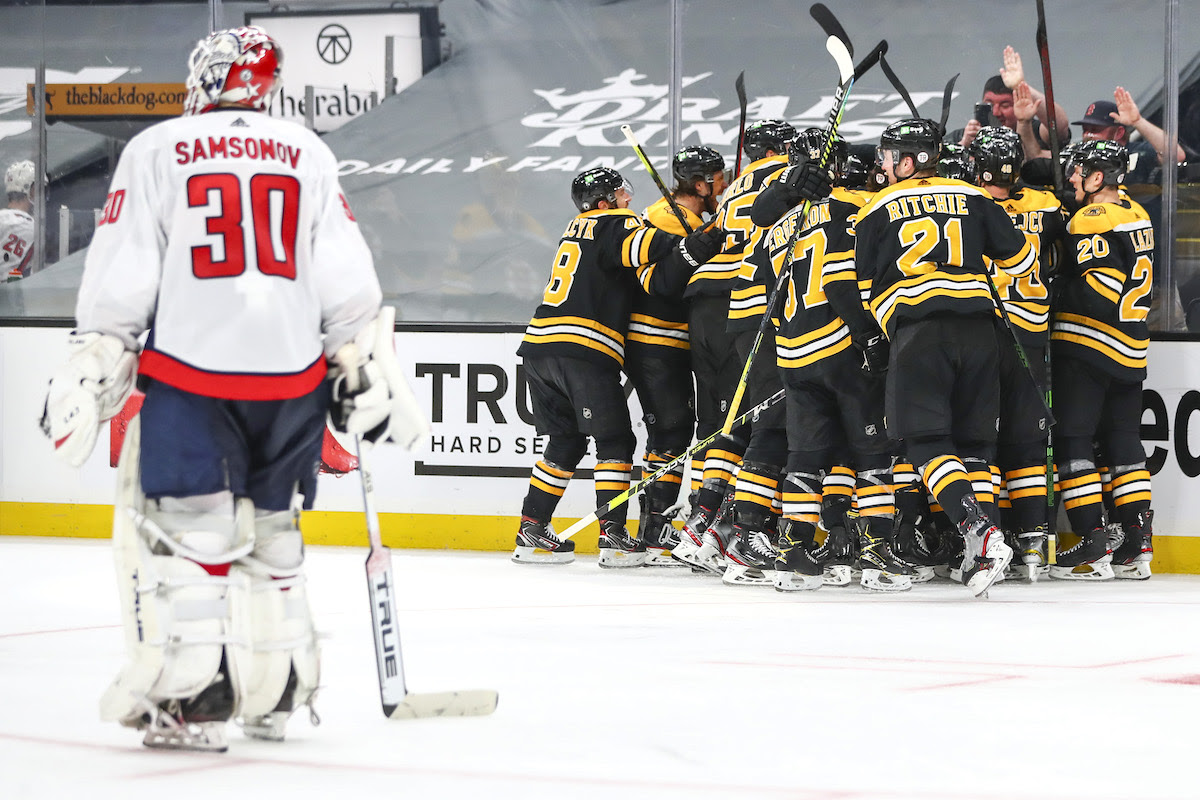 Death, taxes and overtime in the Bruins-Capitals series. All three games of the East Division rivalry have needed overtime to find a winner, and Wednesday night’s battle needed two. Boston’s Brad Marchand netted the game-tying goal in the third period to force OT before Craig Smith swiped a loose puck behind the net and fired a wraparound sendoff in the second set of extra hockey. Bruins win 3-2 (2OT) and take a 2-1 series lead in the process.

Watch: Craig Smith Wins It For Bruins In 2OT

The Island of Beauty & Beast 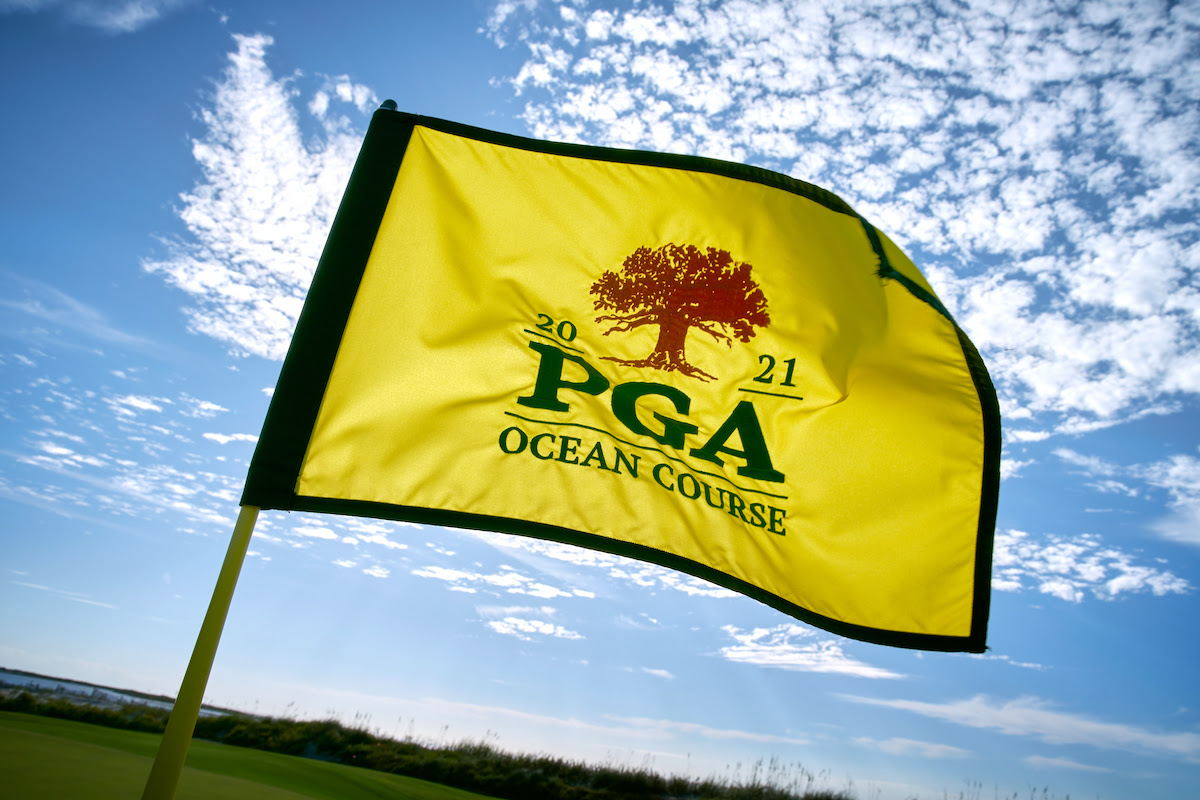 The PGA Tour’s next major tees off this morning, and it’s full of storylines before Round 1. Kiawah Island in South Carolina plays host to this year’s PGA Championship, but it’s just as challenging as it is breathtaking. The Ocean Course will be the site of the PGA Championship for the first time since Rory McIlroy’s historic win in 2012. At 7,846 yards, it’s the longest major on record. If its length and difficulty are anything like nine years ago, we’re in for a mix of wind, sand and high numbers.

Fun Fact: Kiawah Island was the filming location of “The Legend of Bagger Vance” (2000).

Spieth’s Grand Slam Attempt: Jordan Spieth has won three PGA majors, but the elusive PGA Championship remains his last hill to climb for the grand slam (all four majors). Spieth is only 27, but a win this weekend would make him the sixth member of the grand slam club, joining Gene Sarazen, Ben Hogan, Gary Player, Jack Nicklaus and Tiger Woods.

Koepka’s Comeback: Brooks Koepka has been out of action this spring while recovering from right knee surgery to repair a dislocated kneecap, but he’s still in the field despite the concerns of his doctors. He’s reportedly six months away from a full recovery, but his heavy-hitteing style makes him a potential threat this weekend.

Roll the Dice on Rory: Rory McIlroy ended an 18-month winless drought two weeks ago at the Wells Fargo Championship. Now, he returns to the course where he won the PGA Championship in 2012. McIlroy won that tournament by a record-setting eight strokes (-13).

All Round 1 Tee Times

FTW: This is the Perfect Week for Jordan Spieth to Make History at the PGA Championship

This summer, the unthinkable is possible: Lionel Messi could leave Barcelona. It’s the only club he’s ever known as a professional, a place where he’s won every trophy imaginable. (ESPN)

This historic no-no spree is putting baseball’s biggest problem on full display. We’ve already seen six no-hitters this season, and they aren’t going to slow down. By the end of this season, it won’t be quite as special as it used to be. (CBS Sports)

An Inside Look at OTAs

With the players’ “boycott” of voluntary workouts appearing to be over for most of the league, the offseason workout programs can begin in NFL facilities. These days in the building in the spring have purpose and value, depending on where you stand in the league. (FOX Sports)

Who do you think will win the PGA Championship?