The Night of Knockouts

Stunning knockouts, airborne car crashes and more record-breaking performances stole the show this weekend. It’s another jam-packed Monday to kick off NFL Draft week. We’re as hyped as the Charlotte Hornets’ announcer… Not quite that hyped.

Usman Shines in Night of Knockouts 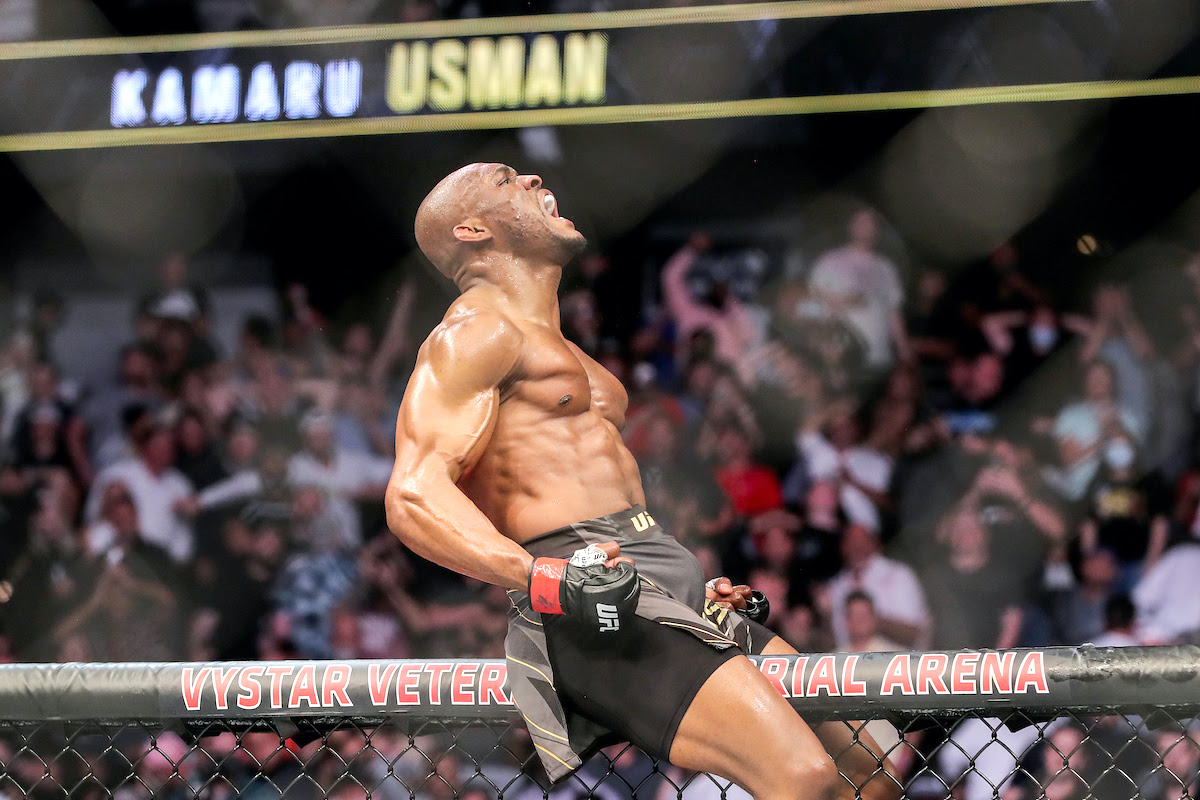 The legend continues to grow for Kamaru Usman. The welterweight belt-holder made quick work of Jorge Masvidal in their UFC 261 rematch with a furious right-hand in the second-round. Masvidal went lights out on impact, and Usman (19-1-0) remains king of the welterweight division. His vicious punch was an exclamation point on a night full of early-round knockouts. Zero of the five main-card fights reached the third round. And Rose Namajunas delivered a highlight to remember. 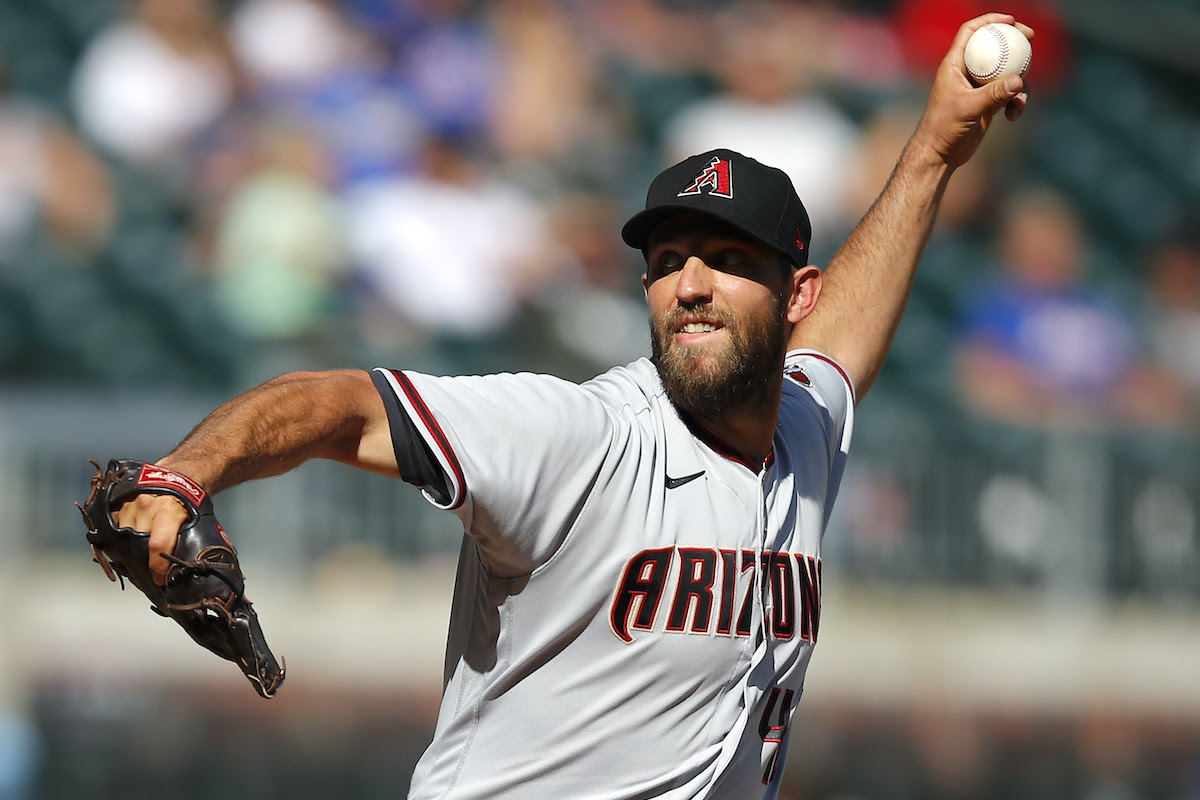 Oh, the cruel world of rule changes. Arizona ace Madison Bumgarner threw a complete game no-hitter on Sunday against the Braves (7-0), but it won’t go down in the record books. Why? It came in Game 2 of a doubleheader. Mad-Bum is the first victim of the new MLB rule that enacts seven-inning games when teams play a doubleheader. He went seven innings with seven strikeouts to complete a historic no-hitter that will never be “officially” remembered.

Padres Take Round 2: The second series of the year between the Padres and Dodgers didn’t disappoint. San Diego won three out of four games over the weekend, and there was plenty of drama with Fernando Tatis Jr., Trevor Bauer and an 11-inning thriller on Sunday.

White Hot White Sox: The Chicago White Sox are the hottest team in baseball heading toward the end of April. They swept the weekend series against the Rangers to tally a four-game win streak, including six of their last seven. Yermin Mercedes had a series-leading six hits over the weekend.

Moonshot in the Mountains: Trevor Story hit a no-doubt grand slam Sunday in the Rockies’ 12-2 runaway against the Phillies. The monster home run was Story’s second in three games after no homers in the first 18 games. The Rockies (8-13) have won four out of five after a 4-12 start. 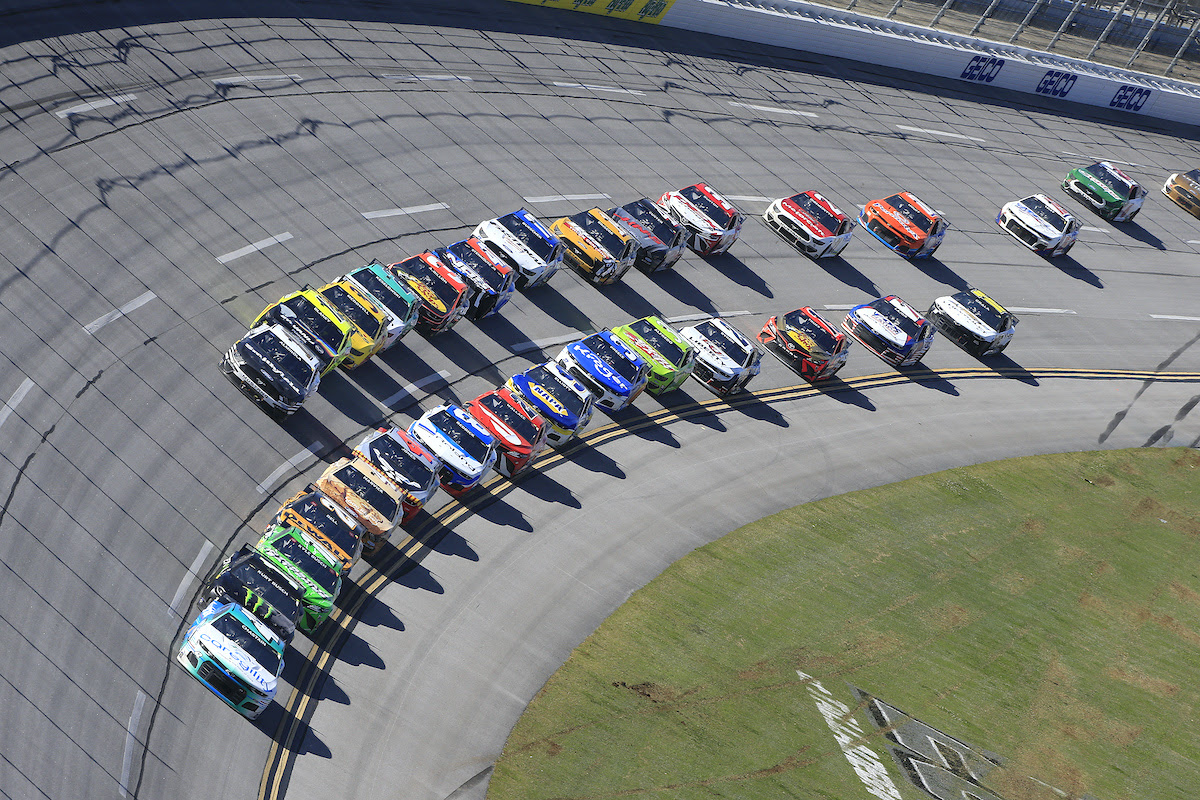 Brad Keselowski officially owns Talladega Superspeedway, but Sunday’s win at the Geico 500 wasn’t without chaos. Joey Logano went airborne in a scary moment after taking contact to the rear bumper at the end of Stage 1. Logano’s car flipped multiple times before landing on all four wheels. He climbed out of the vehicle and was okay. Keselowski — who took contact in the Logano crash — came back to win the race by passing Matt DiBenedetto on the overtime restart and holding off William Byron and Michael McDowell.

Motorsport: Logano ‘Happy to be Alive’ After Airborne Crash at Talladega

Treble-Makers: The Year of City Continues 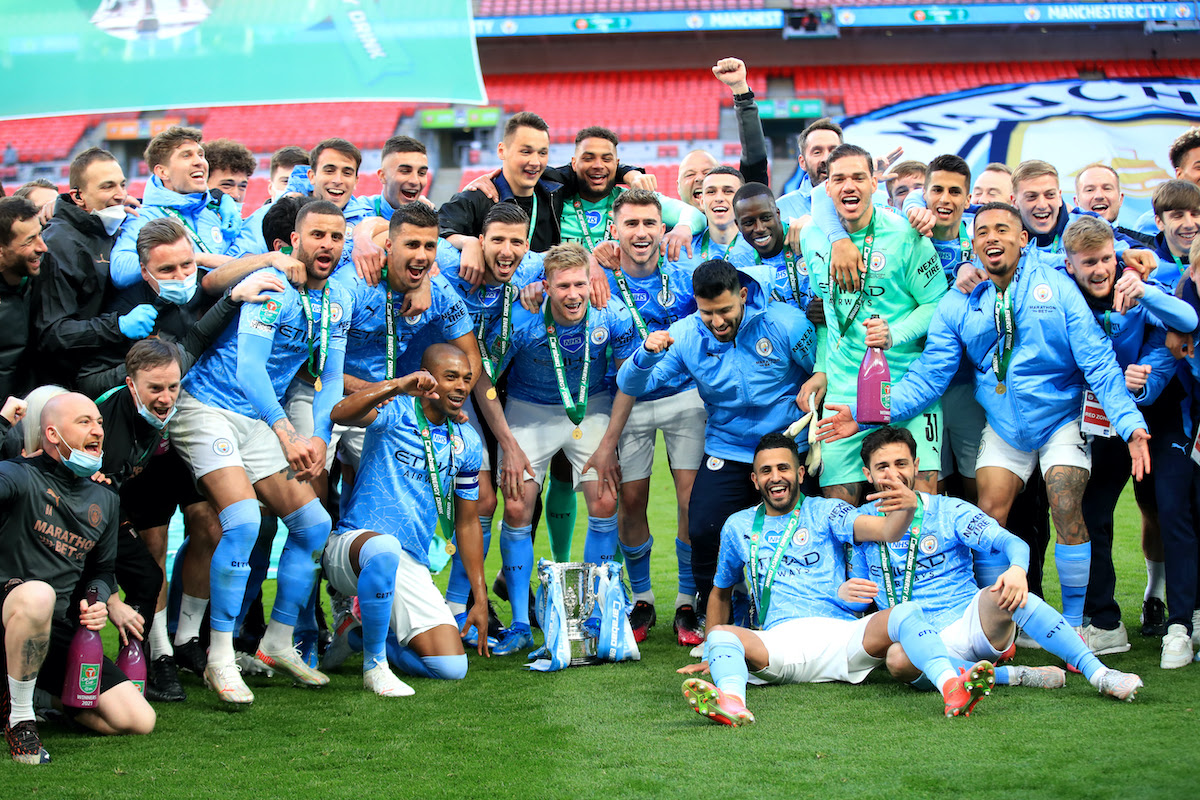 The Year of City continues! The Cityzens won their first trophy of 2021 with a shutout against Tottenham (1-0) on Sunday in the Carabao Cup final. Aymeric Laporte (82’) was the hero with a late goal that made the difference. The first hardware of the season for Manchester City won’t be their most important in the month ahead, but it sets the stage for a potential treble. Pep Guardiola’s squad is 27-0-3 since Jan. 1, 2021, including a 28-game unbeaten streak dating back to November.

Eyeing the Treble: With the EFL title in the bag, City turns its gaze to the Premier League crown and Champions League title in the month ahead. They can capture the EPL trophy this weekend with a win against Crystal Palace and a Manchester United loss. City also face PSG twice in the next ten days in the Champions League semifinals.

With another seven 3s on Sunday, Steph Curry broke the NBA’s record for most 3-pointers in a calendar month. Curry (85) passed James Harden’s record (82; 2019), and he still has two games left. He’s scored 30-plus in 12 out of 13 games since the start of April.

The Wild won their seventh straight game and clinched a playoff berth on Saturday by beating the Sharks (6-3). They’re the third team to clinch a postseason spot, and all three are in the loaded West Division — Vegas, Colorado and Minnesota.

The King of Clay has done it again. Rafael Nadal claimed his 12th Barcelona Open title by defeating Stefanos Tsitsipas in Sunday’s finale (6-4, 6-7, 7-5). It’s Nadal’s first crown of the season just one month before the French Open where he’s won 13 of the last 15 years.

The Australian pairing of Cam Smith and Marc Leishman (-20) put on a show to close out the Zurich Classic of New Orleans on Sunday. The Aussies defeated Louis Oosthuizen and Charl Schwartzel in a playoff hole after a back-nine stretch of drama.

The Top 100 Prospects in the NFL Draft

This isn’t a mock draft. It’s the top 100 players ranked, regardless of position. The top quarterbacks will certainly be selected well before where they’re slotted, because there are always two NFL draft boards—the quarterback board and the board for everybody else. (ESPN)

↕️  Which Teams Will Be Making Moves

B/R’s Adam Lefkoe and Connor Rogers are helping you cram before the NFL draft. This week we have our final mock draft before the big day. Note: The mock was filmed before Friday’s trade between the Chiefs and Ravens. Baltimore will pick at No. 31. (Bleacher Report)