From new Super League to new superstar, the weekend in sports had something for everyone. Our extended highlights section is chock-full of must-see moments. Thought April was a slow sports month? Just ask Steph Curry about April showers.

Get Ready for ‘The Super League’ 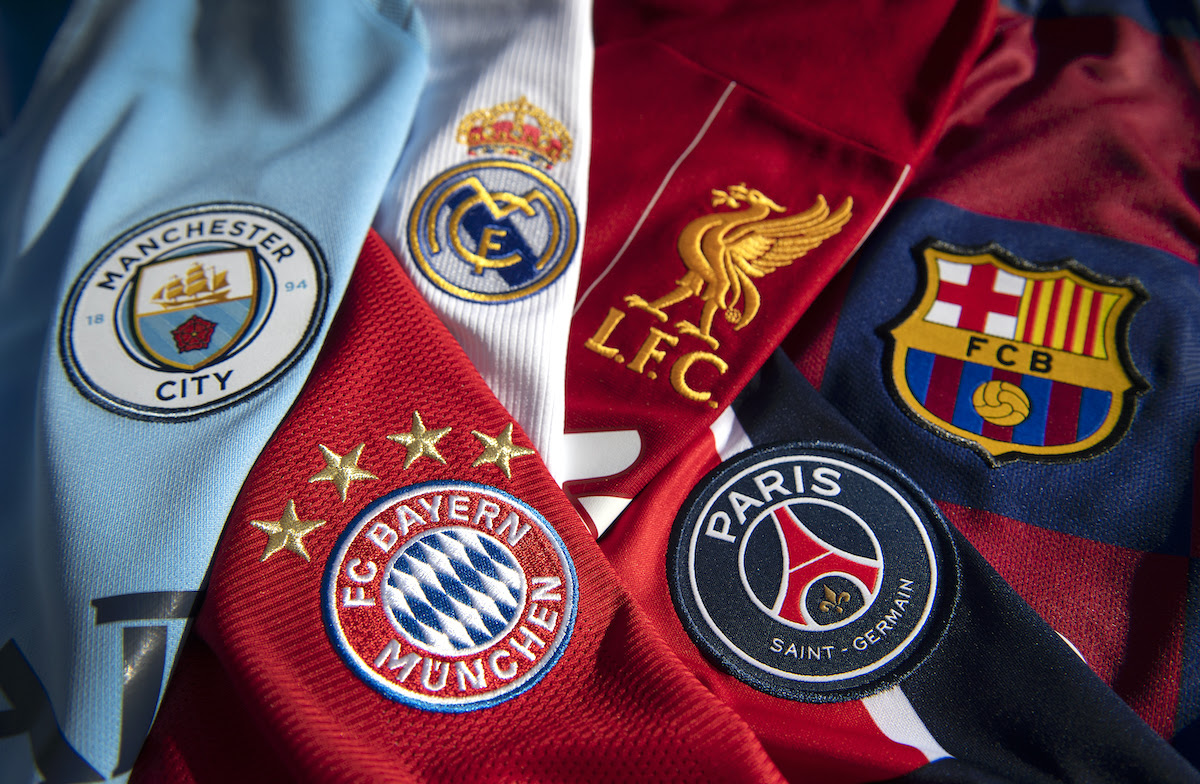 A new era in European soccer has arrived. And just as abruptly as it appeared, so did the controversy. The new “Super League” announced its inception on Sunday despite the opposition from UEFA, the Union of European Futbol Associations. The Super League includes 12 of Europe’s biggest power clubs, and the move comes after last year’s COVID-19 shutdown cost teams and players millions of dollars during suspended play.

What It Means: The continent’s top clubs are taking their futures into their own hands. Where UEFA acts as the governing body for the Champions League — a year-long competition of Europe’s top teams via earned invite — the Super League appears to be an annual competition for the best of the best, without the politics and entry requirements. In short, it’s more money and control for those clubs. But UEFA, obviously, and more of the European futbol powers aren’t happy.

UEFA and a number of Europe’s national leagues — including the Premier League, La Liga and Serie A — partnered together to issue a statement outlining their opposition to the Super League, calling it “founded on the self-interest of a few clubs at a time when society needs solidarity more than ever.”

The Super League’s first-ever chairman is Real Madrid president Florentino Perez. It’s a new era in European football, but this saga is far from over…

Sky Sports: European Super League — The Key Questions: What Is It? Who Is Involved?

The Guardian: ‘It’s War’: What They’re Saying About the European Super League 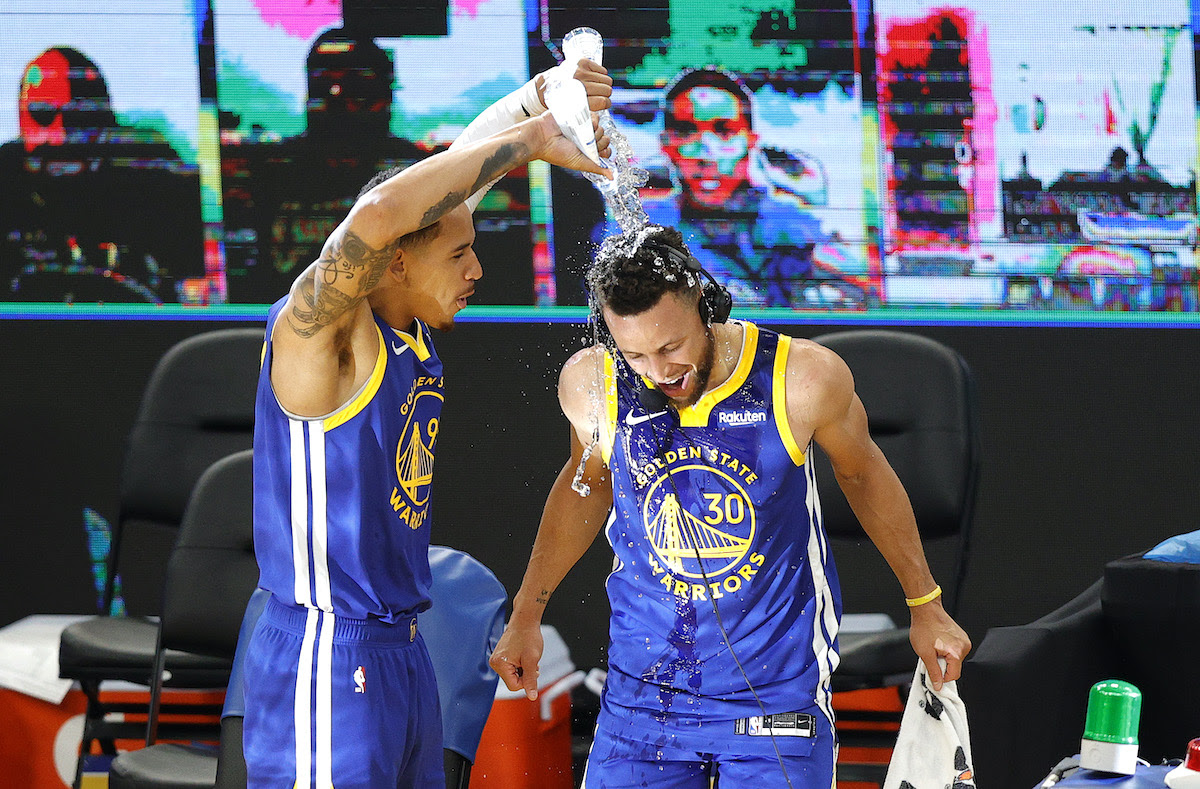 The Warriors may be below .500 (28-29) after Saturday’s loss to the Celtics (119-114), but Steph Curry is the NBA’s hottest ticket in the month of April. Curry — who went for 53 points last week — poured in 47 on Saturday with 11 3-pointers to shatter the NBA’s 3-point record for the month of April (62) with a dozen days left. He’s hit 10-or-more 3s in three of the last four games for Golden State (also an NBA record) while shooting 54 percent from beyond the arc this week (36-for-66). Curry’s worst game this month? 32 points. He’s had four games over 40, and his dazzling display of 3s has been a highlight-reel dream.

Adebayo at the Buzzer: The Miami Heat sunk the Brooklyn Nets (109-107) on a step-back buzzer-beater from Bam Adebayo on Sunday night.

Zion in the Garden: Pelicans rookie Zion Williamson played his first career NBA game at Madison Square Garden on Sunday, calling it ‘the Mecca of Basketball’, but it was the home-team Knicks who got the win in an OT thriller (122-121). 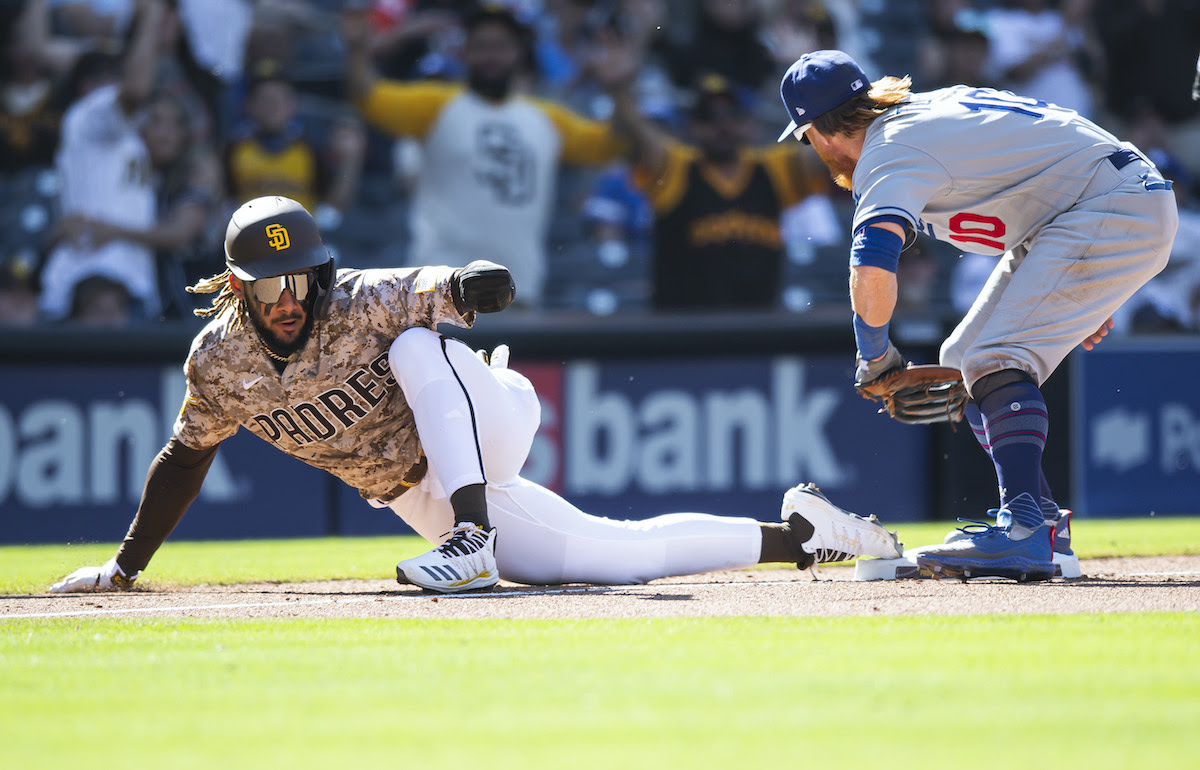 This Weekend’s Epic Dodgers-Padres Series Had Something for Everyone

There’s plenty of hype surrounding a lot of teams early in the 2021 MLB season, but the newfound rivalry budding in southern California won the weekend. The L.A. Dodgers and San Diego Padres met for a three-game series that was “stop-what-you’re-doing” television. The defending champs won the Game 1 in a 12-inning masterpiece (11-6) before Game 2’s epic finish with Mookie Betts’ game-saving, diving catch in center field (2-0). The Padres avoided the sweep with a Game 3 win (5-2), but the two teams meet again this weekend for a four-game series.

Only two teams in the National League have double-digit wins as of this morning (Apr. 19), and they both reside in southern California; Dodgers (13-3), Padres (10-7).

Yikes, Yankees: The Bronx Bombers have dropped five straight after Sunday’s loss to the Rays (4-2). At 5-10, New York sits in last place in the American League for the first time since 1991.

Bieber in the Books: Indians’ ace Shane Bieber tossed another gem in Sunday’s 6-3 win over the Reds. Bieber K’d 10 batters in his fourth start to tie Nolan Ryan’s MLB record for most strikeouts through the first four starts of a season (48).

The Oakland Turnaround: The Oakland A’s improved their win streak to eight games with a 3-2 win over the Tigers Sunday. They’re now 9-7 after that awful 1-7 start to the season. 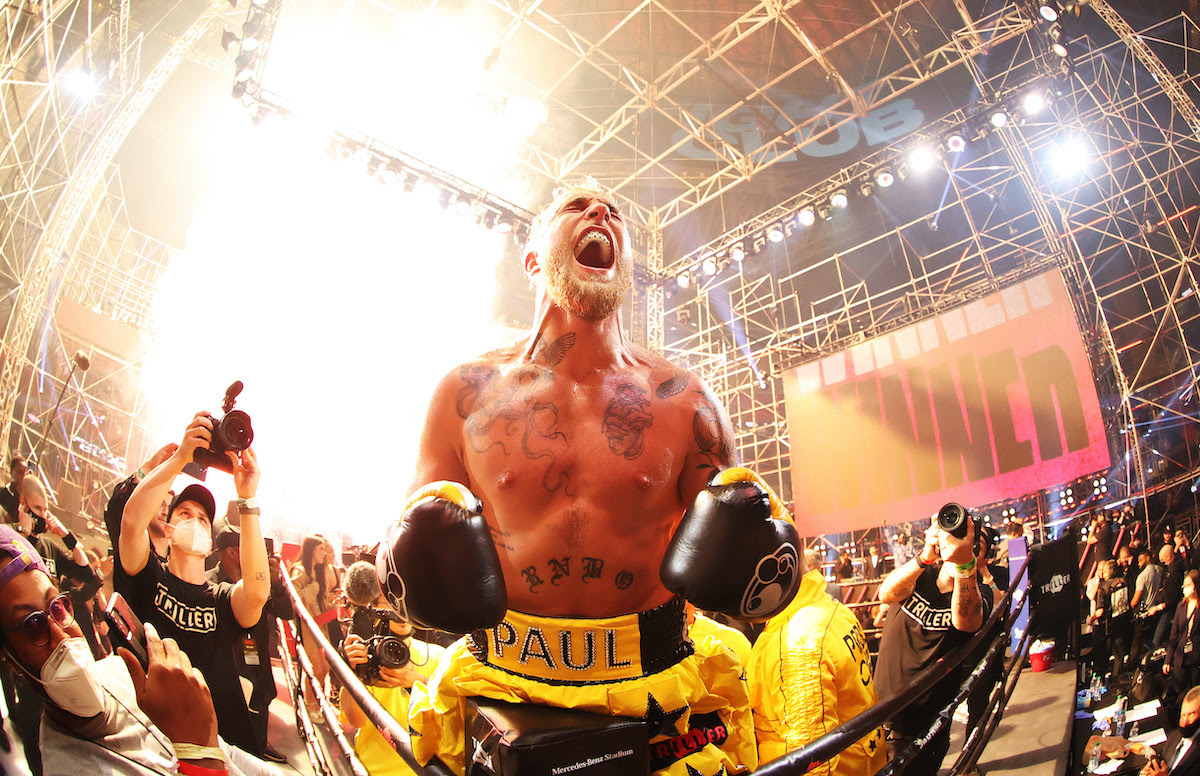 The underdog story continues for Jake Paul. The 24-year-old YouTube star-turned boxer made headlines again on Saturday when he entered the ring with 36-year-old MMA fighter Ben Askren for a cruiserweight fight via Triller Fight Club. Paul delivered the knockout blow in the first round to incite a cry of social media praise. The message? He’s not just a celebrity boxer. He’s for real.

Tale of the Tape: Paul (3-0, 3 KOs) rocked Askren just minutes into Round 1 Saturday at Mercedes-Benz Stadium in Atlanta in front of 100 spectators. Paul fell to his knees in tears in front of a ruckus crowd that included celebrities like Snoop Dogg, actor Pete Davidson and rapper Jack Harlow, to name a few. Then came the sports takes as analysts across the sports world called for Paul to finally get a shot with a real, professional fighter. He soon will.

An internet celebrity just became a pro athlete thanks to sheer will and determination. Welcome to 2021.

The Vancouver Canucks won their first game in 18 days after a widespread COVID-19 breakout put their season on pause. The Canucks beat the Maple Leafs (3-2, OT) on an overtime winner from Bo Horvat.

Among all the season-opening MLS highlights this weekend, Javier ‘Chicharito’ Hernandez took the cake with the first two-goal MLS performance of the season, and his career. His L.A. Galaxy squad rallied to beat Inter Miami (3-2).

Something about Harbour Town just works for Stewart Cink. The 47-year-old cruised to a four-shot victory (-19) to win the RBC Heritage for the third time in his career.

Stefanos Tsitsipas was a straight-set winner over Andrey Rublev (6-3, 6-3) in Sunday’s finale of the ATP Masters 1000 in Monaco. It was Tsitsipas’ third appearance in the finale at Monte Carlo, but only his first title.

The newcomer wins the opener! 24-year-old Spanish driver Alex Palou won his first IndyCar Series race to start his second season by holding off Will Power and Scott Dixon down the stretch at the Honda Indy Grand Prix of Alabama.

Green Bay Packers quarterback Aaron Rodgers has been trying out a new career over the last couple of weeks serving as Jeopardy!‘s guest host. Let’s take a look back at the most memorable moments from his two weeks… (FTW)

Much has been made in recent days about former Clemson quarterback Trevor Lawrence’s statement during a Sports Illustrated interview that he doesn’t play with “this huge chip” on his shoulder. (USA Today)

NBA Readying Players for Week Ahead

The looming specter of possible protests, civil unrest and team reactions in the aftermath of the Derek Chauvin verdict has the NBA league office preparing for the prospect that a night or two of league games could be postponed this week. (ESPN)