Yesterday was a doozy. We’ll look ahead to the NFL Draft, recap the demise of The Super League and dive into New York’s parallel sports universe in today’s edition.

Congratulations to Irish (iro.*****@gmail.com) for winning our Oculus Quest 2 + $200 Cash Giveaway! Want to win cool stuff just for Sportsletter readers? Check out this link to our latest iPad Pro Giveaway.

The Countdown to Draft Night 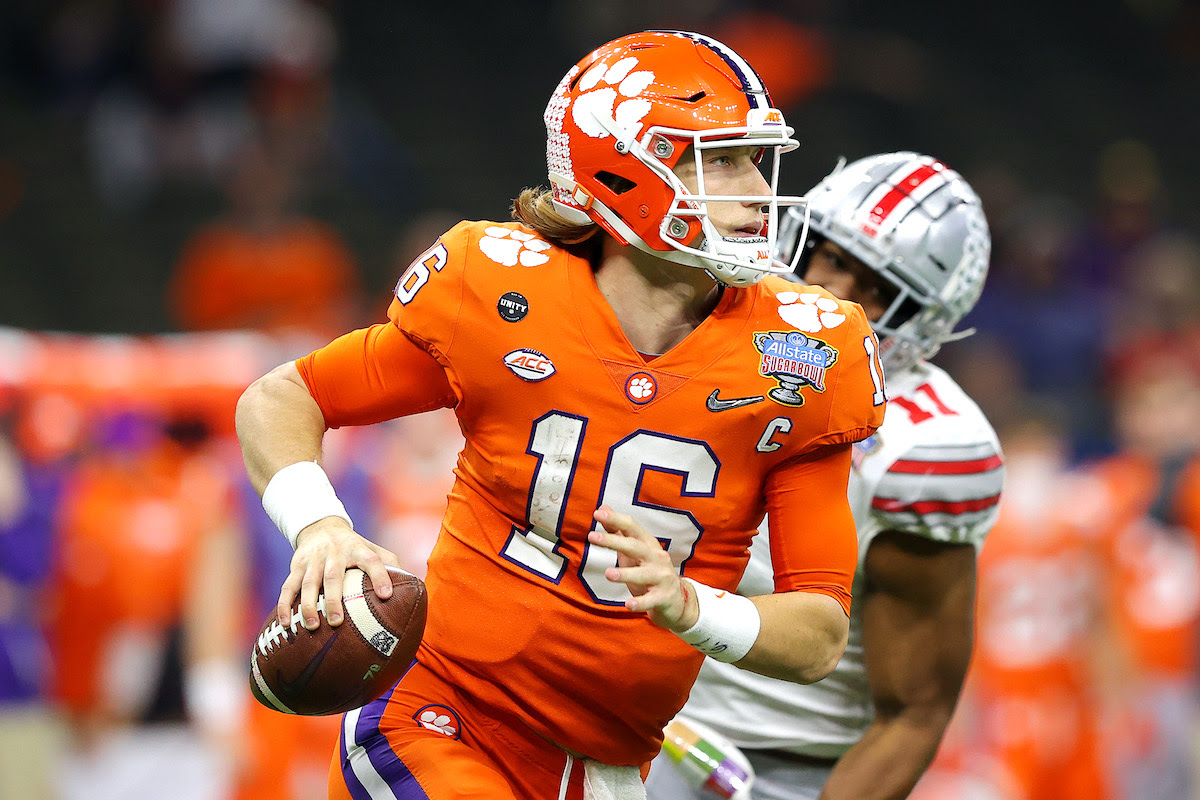 The 2021 NFL Draft Could Make History, But Mystery Remains the Storyline

The NFL Draft returns to the forefront of the sports world next week (Thursday, Apr. 29), and the lead-up to this year’s big night has been unlike any other. Teams are swapping picks, jockeying for position, loading up draft capital and blowing smoke every which way. Do the Niners really want Mac Jones? Is Justin Fields going to fall? Could we see quarterbacks with the first four picks? That would make draft history, but it’s the mystery that keeps everyone guessing.

Plenty of draft nights have seen quarterbacks go 1-2 off the board, but next week could feature the longest run of quarterbacks to open any draft in NFL history. Trevor Lawrence (1), Zach Wilson (2) and a combination of Justin Fields (3), Mac Jones (4) and Trey Lance (5) could all be off the board in the first ten picks. At least that’s what the experts are saying, but smokescreen season has duped us before. We’ve already seen three trades involving teams in the Top-10 — 49ers (Pick 3), Dolphins (Pick 6) and Eagles (Pick 12) — and rumor has it more are coming. The Falcons (Pick 4) and Lions (Pick 7) are reportedly fielding offers to trade down. The reason? They don’t need quarterbacks, and quarterbacks will dominate the top of the board.

Another fascinating aspect of this year’s draft is the amount of “blue chip” prospects available in the top half of the first round. After the inevitable run of quarterbacks, there are four pass-catchers, three offensive lineman, three defensive backs and one linebacker who would be surefire top-10 picks in any other draft. That means teams selecting in the teens will likely still get top-10 talent out of their first pick.

One week remains, but the dominos are falling. The future of your team could be decided next week in the greatest offseason chess match in sports.

CBS Sports: The Biggest Storylines That Could Stem From the 2021 Draft Class

The Dismantling of The Super League 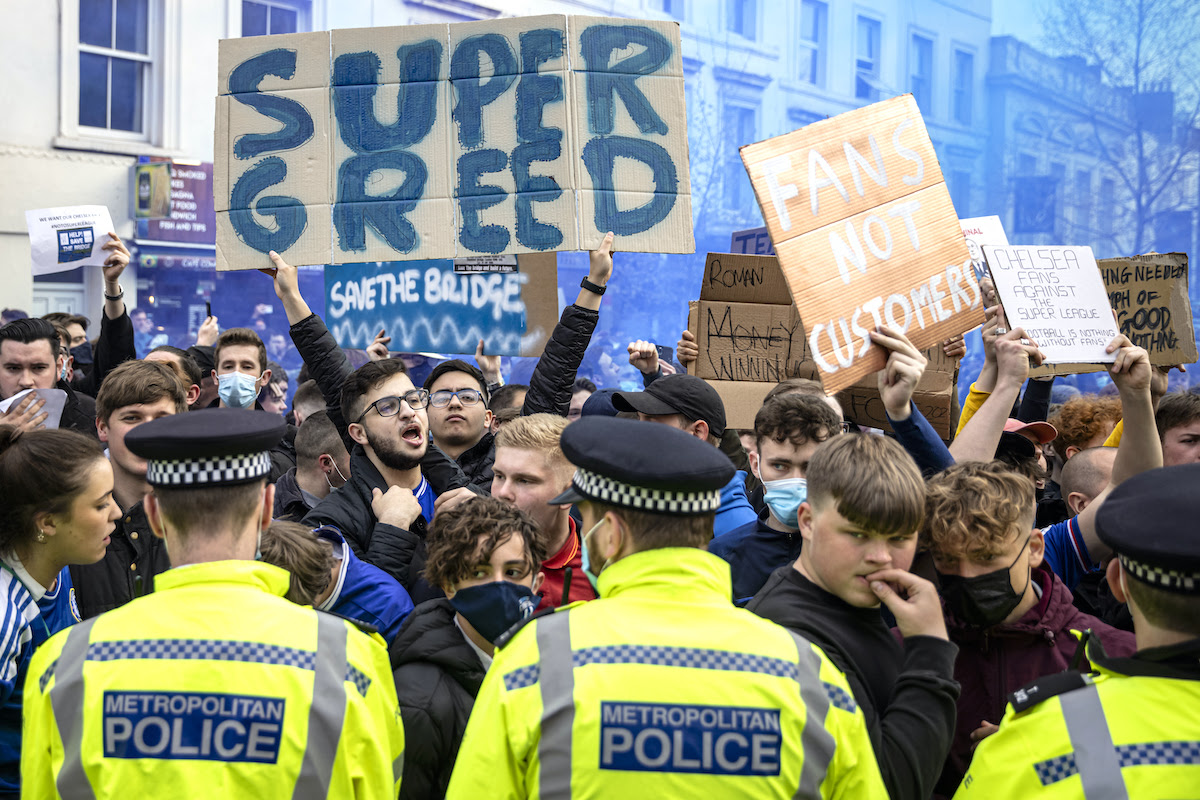 As quickly as it began, The Super League is gone. The backlash from Sunday’s announcement prompted soccer fans across Europe to take to the streets and protest the involvement of a dozen clubs in a greedy move to break from tradition and form their own competition. Those 12 teams were condemned by fans in mass numbers over the last few days. Tuesday’s events began the process of The Super League’s collapse just 48 hours after its inception.

Two of Europe’s top clubs, PSG and Bayern Munich, denied the invite to join The Super League, making its viability unlikely without the weight of those giants. All German Bundesliga teams also declined invites in favor the traditional league formats. And then there was bigger news…

Both Chelsea and Manchester City — two of England’s iconic clubs — announced their exits from The Super League in favor of the UEFA Champions League early on Tuesday. The U.K. government even vowed to step in and punish clubs as the outcry from fans grew. By day’s end, all remaining English Premier League teams withdrew from The Super League plan; Tottenham, Arsenal, Liverpool and Manchester United, included.

Update: By day’s end, all remaining teams in The Super League withdrew from the competition. It’s officially dead, proving something we’ve known all along… Sports are nothing without fans. 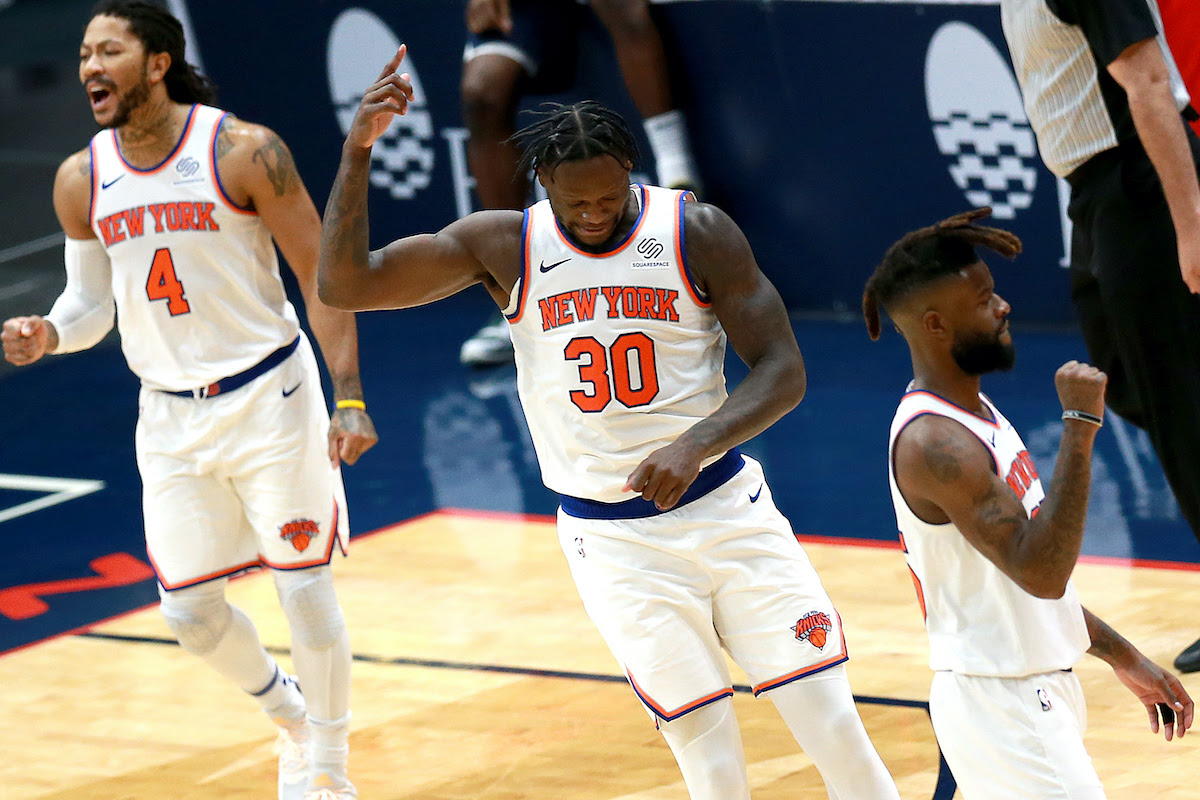 The events of the last year have made us all feel like we’re living in a twilight zone. That feeling couldn’t be more real for New York sports fans. The current role reversal in the Big Apple isn’t just weird, it’s historic. The Knicks beat the Hornets last night (109-97) for their seventh consecutive win — their longest win streak in seven years — while the slumping Yankees (6-10) got off to their worst start since 1997. This parallel universe could deliver something New York fans have only seen once in the 21st century.

The 2013 sports calendar marked the only season in the last 20 years when the Knicks (.658) finished with a better record than the Yankees (.559). Coincidentally, that 2013 season was the only time in the 21st century that the Knicks won a playoff series.

It’s too early to call it a lost season for the Bronx Bombers. They may end up well above .500 when it’s all said and done. But with the Jets and Giants still lost at the bottom of the NFL, it’s safe to say New York is a basketball city. At least for now…

The Nets’ big three can’t stay healthy, but they keep winning. Brooklyn took down the Pelicans (134-129) on Tuesday night despite 60 points combined from Zion Williamson and Brandon Ingram. Kyrie Irving (32) carried the Nets with Durant and Harden on the sideline.

The turnaround continues. After that 1-7 start to the season, the Oakland A’s won their 9th and 10th straight games in a shutout sweep doubleheader against the Twins on Tuesday. Sean Manaea tossed a complete-game shutout in Game 1 (7-0) before Jesus Luzardo’s gem in Game 2 (1-0).

Tuesday’s game of the day in the NHL saw the Penguins give up six goals in the third period to the Devils, and still win. After taking a 6-0 lead into the third, Sidney Crosby scored the Pens’ lone goal for a 7-6 win to eliminate New Jersey from the postseason.

The longest streak in NCAA softball is officially over. Top-ranked Oklahoma saw its winning streak snapped at 40 games thanks to Georgia (7-6) in a one-run loss. Jaiden Fields — the sister of NFL prospect Justin Fields — drove in the winning run.

How likely is your team to make the playoffs? Who has the best chances of getting the No. 1 pick in the 2021 draft? And what are the most probable first-round postseason matchups? Our model has you covered. (The Ringer)

The NFL Draft kicks off next Thursday, but some competitive matters will be discussed Wednesday when owners are scheduled to vote on an assortment of rules, bylaws and resolution proposals. Here are the changes that could be coming to onside kicks, overtime and more. (USA Today)

After winning the division for the third time in five years in 2020, the Cubs now find themselves in last place in the National League Central with a 6-9 record. They’re specifically struggling at the plate, where they’re hitting an MLB-low .192 and scoring just 3.4 runs per game. (Bleacher Report)

Broncos Calling Falcons to Trade Up for No. 4 Pick; Eyeing Two Quarterbacks