Major Onions, With A Kiss

“There are onions, Jim, and then there

are major onions, with a kiss!”

The shot by Suggs.

The call from Nantz & Raft.

The perfect season continues for Gonzaga.

It was the shot of the year — from the game of the year — in college basketball. Saturday’s Final Four delivered a moment frozen in time when Gonzaga’s Jalen Suggs banked a game-winning 3-pointer to keep the perfect season intact. And while 11-seed UCLA forced overtime and gave the Zags their best test of the 2020-21 season, tonight’s title game is what we’ve all been waiting for. It’s the top two teams in the country, Gonzaga (31-0) vs. Baylor (27-2), for all the marbles.

But first (in case you missed it), Jim Nantz and Bill Raftery on the call of the tournament…

“There are onions, Jim, and then there are major onions… with a kiss!”

No knock on the Houston Cougars after a terrific season, but Game 1 of Saturday’s Final Four matchups was a snoozer. Baylor jumped out to a 45-20 lead at halftime and never looked back. The Bears had five players in double figures while shooting above 50 percent in the game, and they look like the team we saw early in the year before their COVID-19 pause. It’s Baylor first-ever appearance in the National Championship.

Game of the year! Gonzaga-UCLA was a stunner from tip to overtime buzzer-beater. The Zags’ starters combined for 89 of the team’s 93 points, including stellar performances from Drew Timme (25) and Joel Ayayi (22). Mark Few’s bunch weathered the storm that was UCLA’s Johnny Juzang (29 points), and Suggs’ 3 kept Gonzaga perfect on the year (31-0). They’re looking for their first National Championship tonight in their second appearance after losing to North Carolina (71-65) in the 2017 Championship Game.

FOX Sports: Everything You Need to Know About Gonzaga vs. Baylor

CBS Sports: Jalen Suggs Calmly Took 3 Dribbles, Then Made One of the Biggest Shots in March Madness History

The Ringer: Winners & Losers of the Final Four, And an NCAA Tournament Game for the Ages

It all comes down to this: Only two brackets can emerge victorious from The Sportsletter’s Bracket Challenge. Susan C. (Gonzaga) and Greg D. (Baylor) are the only remaining entries with a shot at the $500 prize. But don’t worry, we still have consolation prizes for 2nd, 3rd, 4th & 5th. 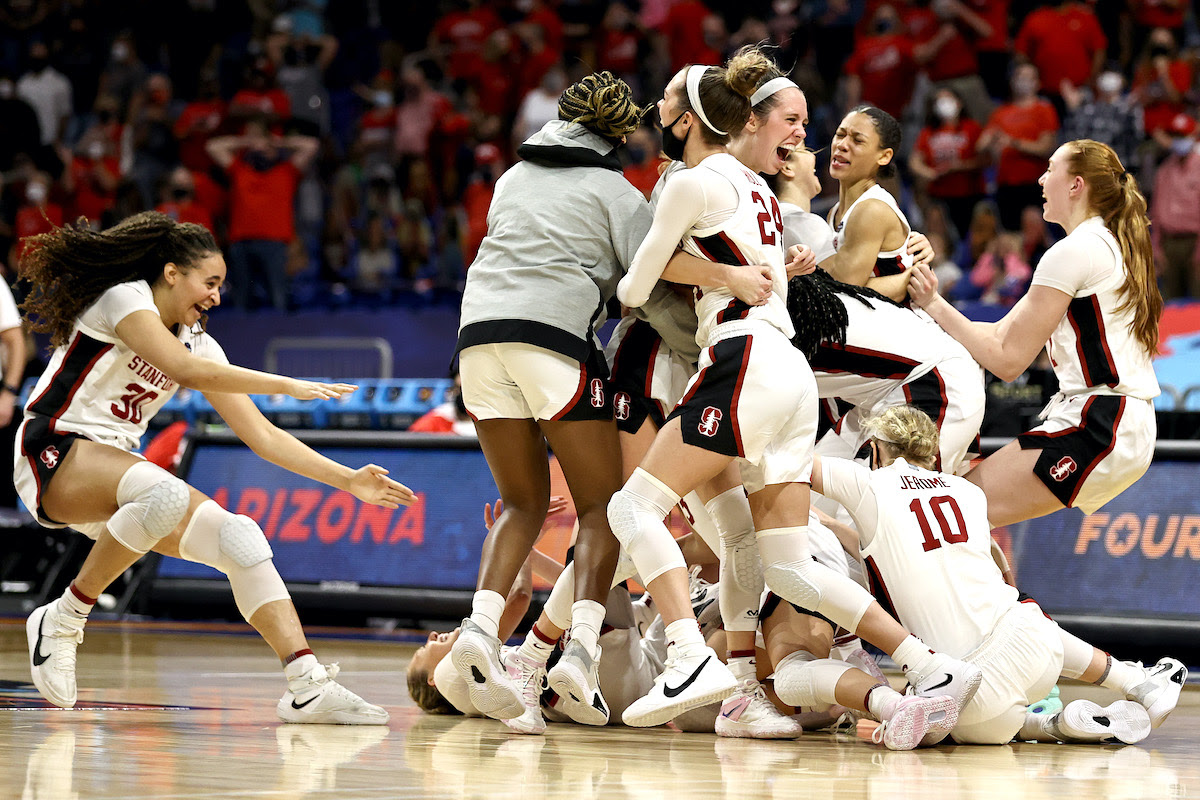 The Cardinal claims the crown! Stanford won the NCAA women’s basketball National Championship on Sunday night by holding off underdog Arizona (54-53) and surviving another last-second shot attempt. Aari McDonald’s heave clanked off the back of the iron, and The Cardinal is atop college basketball once again.

How the Cardinal Claimed the Crown

Stanford eked out a win over South Carolina in a battle of the 1-seeds in Friday’s semifinal (66-65) before 3-seed Arizona stunned 1-seed UConn (69-59) as 14-point underdogs. Tournament darling Aari McDonald went for 26 in the Arizona upset, and she gave Stanford all they could handle in Sunday’s finale with 22 more points. Stanford beat Arizona by double digits twice in Pac-12 conference play earlier this season. The Cardinal, after a season with just six home games and an 87-day road trip, are your women’s NCAA champions.

Keys to the Benz 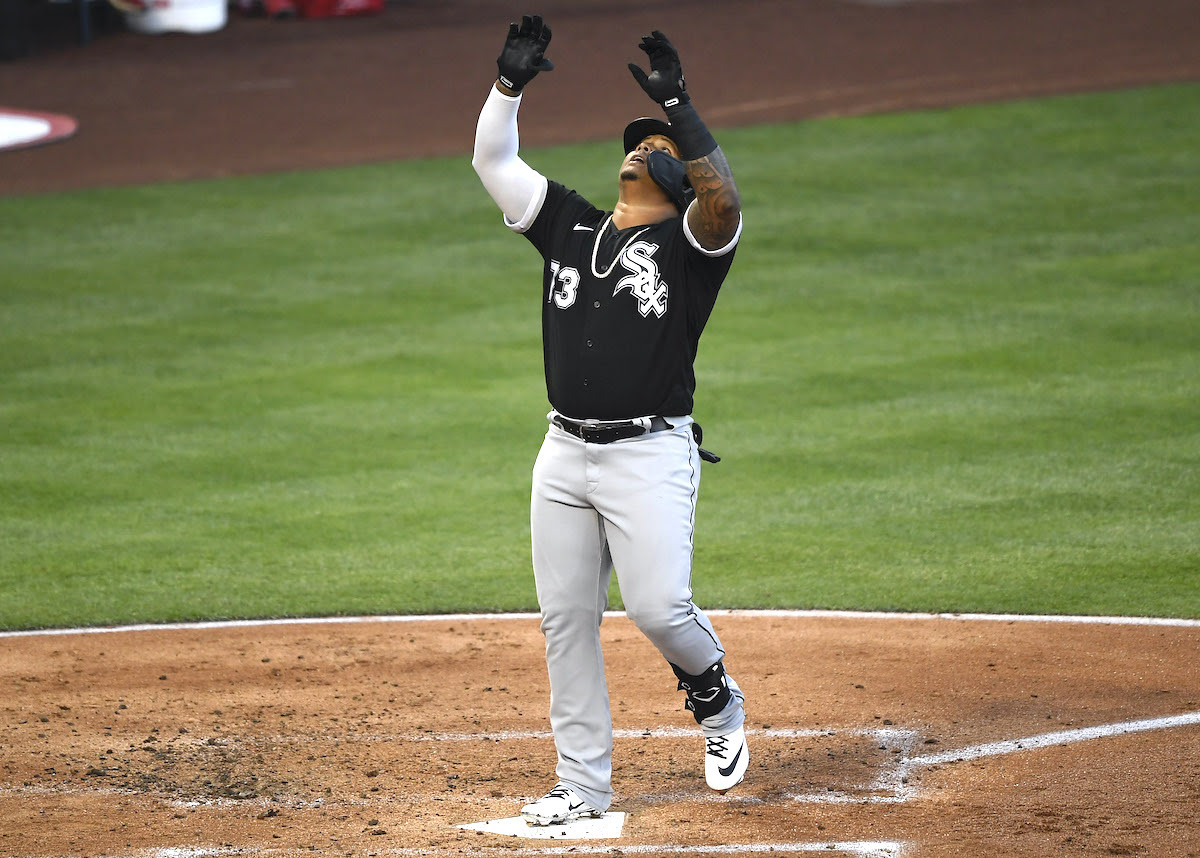 Baseball’s opening weekend is in the books, but the storylines are too numerous to catch ‘em all. How about we start with some major league history? Chicago White Sox DH Yermin Mercedez went a perfect 8-for-8 to open the year, setting an MLB record for the modern era (since 1900). The 28-year-old Domincan Republic native had a solo HR, two doubles and six RBIs in those eight trips to the plate. Believe it or not, it’s his first full season in the majors after climbing the minor league ranks for multiple years. He’s off to a blazing start.

Watch: Yermin Mercedes Starts 2021 Season a Perfect 8-for-8 From the Plate

The Early Undefeated Club: It’s the way-too-early look at the standings after opening weekend, but three teams caught our attention after just a few games. The Astros (4-0), Phillies (3-0) and… the Orioles (3-0)? It’s Houston who gets the highest marks with a run differential of +26 in a four-game sweep against the A’s.

The Shohei Show Returns: Angels’ Shohei Ohtani bursted back onto the scene on Sunday with his first two-way start of 2021. He logged the fastest pitch of the season thus far (101 mph) before smashing the hardest-hit home run of the year, too. 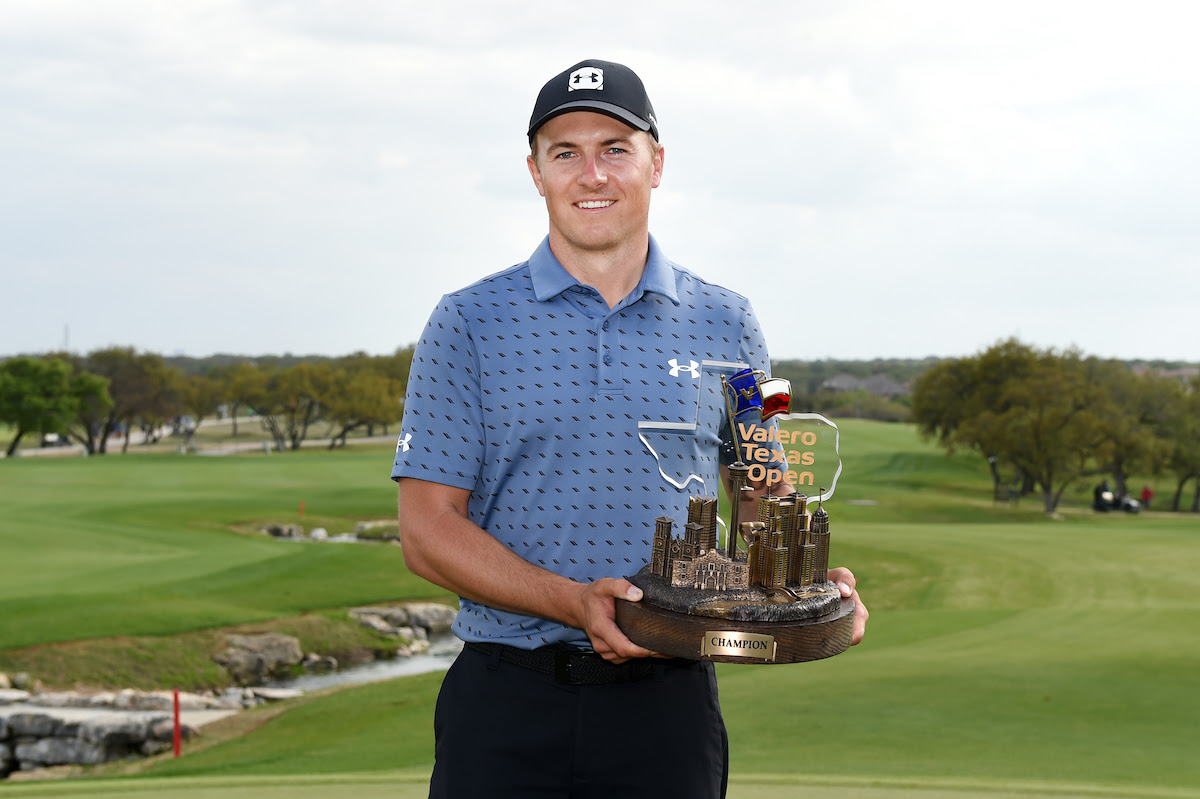 After 1,351 days without a PGA Tour victory, Jordan Spieth is a winner again. The 27-year-old was the No. 1-ranked golfer in the world once upon a time. He hadn’t won a PGA Tour event since The Open Championship in 2017, and he fell as low as 92nd in the World Golf Rankings. Spieth’s 2021 resurgence featured four Top-10 finishes before finally winning on Sunday with final round 66. He held off a back-nine surge from Charley Hoffman to win the Valero Texas Open by two strokes.

NBA: Jazz Shatter Single-Half 3-Point Record
Among the major storylines in a busy NBA weekend was the Utah Jazz’s 3-point eruption against the Orlando Magic. Utah buried an NBA record 18 3-pointers in the first half en route to a 38-point halftime lead on Saturday. They won by 46 (137-91) and finished with 26 triples — just three shy of the Bucks’ all-time record (29).

NHL: Another Milestone for Ovechkin

Alex Ovechkin tallied another milestone on Sunday as the Capitals swept the season series against the Devils (5-4). Ovi tallied his 725th career goal, and he tied Brett Hull for 2nd in all-time power-play goals (265).

Major League Baseball made the decision to move this summer’s MLB All-Star Game out of Atlanta after Georgia’s new election laws. While President Biden and others called for the relocation of the All-Star Game, no new site has been announced. (NY Times)

The Vancouver Canucks were decimated by a COVID-19 outbreak over the weekend. More than 20 players and coaches have now tested positive for the P.1 variant that was first discovered in Brazil. (Yahoo! Sports)

Five months after a one-off autumnal Masters, the world’s best are back in Augusta for our favorite rite of spring… The weather is warming, the azaleas are blooming and the dream of the Grand Slam is alive and well. (Golf Digest)