When 24 of the best basketball players in the world get together for an open gym mess around, highlights run wild. It’s not great basketball, but it’s fantastic entertainment. Cue the showmanship. 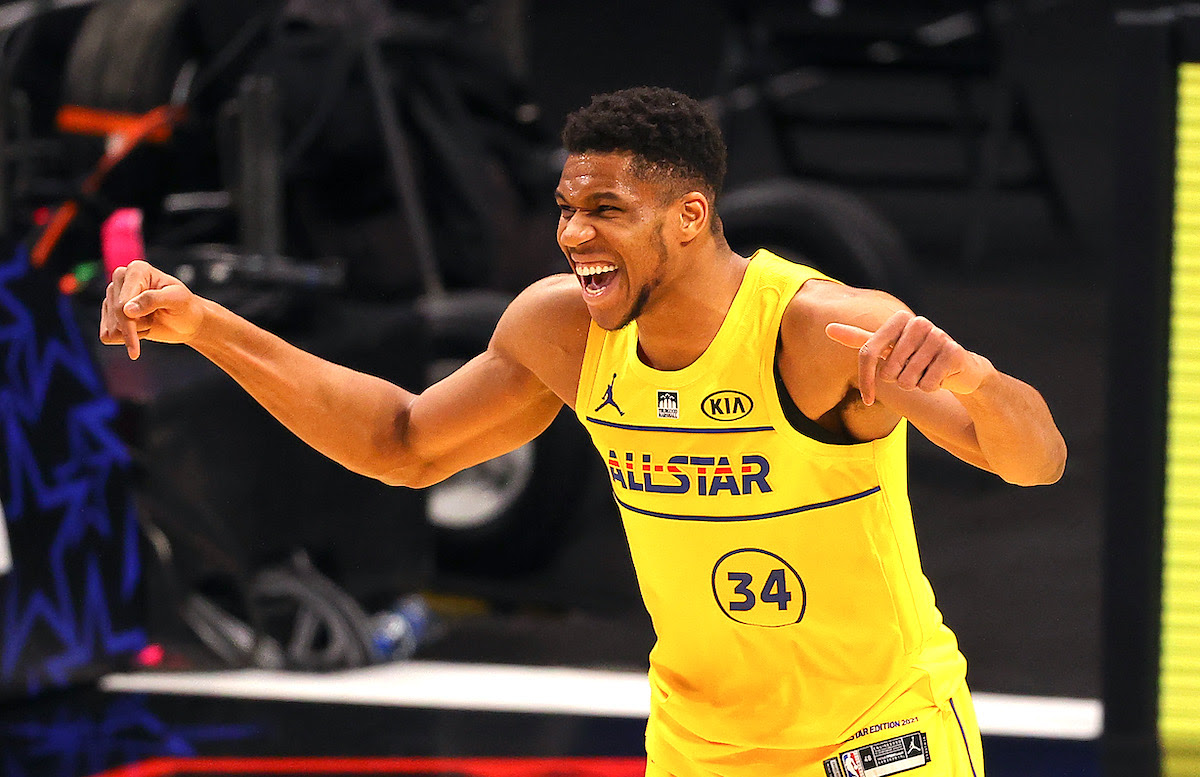 Alley-oops, no defense and a bunch of half-court shots. What’s not to like? The 70th NBA All-Star Game brought a jam-packed highlight reel Sunday night in Atlanta. Team LeBron notched a clean sweep of Team Durant (170-150) by winning each of the first three quarters and putting up a 20-point gap by game’s end.

The game was a show-boating masterpiece complete with half-court shots by Steph Curry and Damian Lillard, and a perfect performance by Giannis Antetokounmpo (35 points, 16-for-16 FG). You’re reading that right. Giannis didn’t miss en route to winning MVP, and he set an NBA record in the process. Curry (28 points) and Lillard (32 points) both went 8-for-16 from 3-point range. Lillard’s last half-court 3 was the dagger that put an end to the game.

Fun Fact: Teams drafted by LeBron James are 4-0 in the All-Star Game since drafting began in 2018.

Against all odds, the skills challenge turned out to be a battle of the bigs. Indiana’s Domantas Sabonis eked out a win over Orlando’s Nikola Vucevic in the final round after beating Luka Doncic (Mavericks) and Julius Randle (Knicks).

Curry’s hot shooting night started in the pre-game. The Warriors guard claimed his second 3-point contest title. He entered the final round needing to beat 27 points, and he hit a money-ball on the final rack for 28 points. 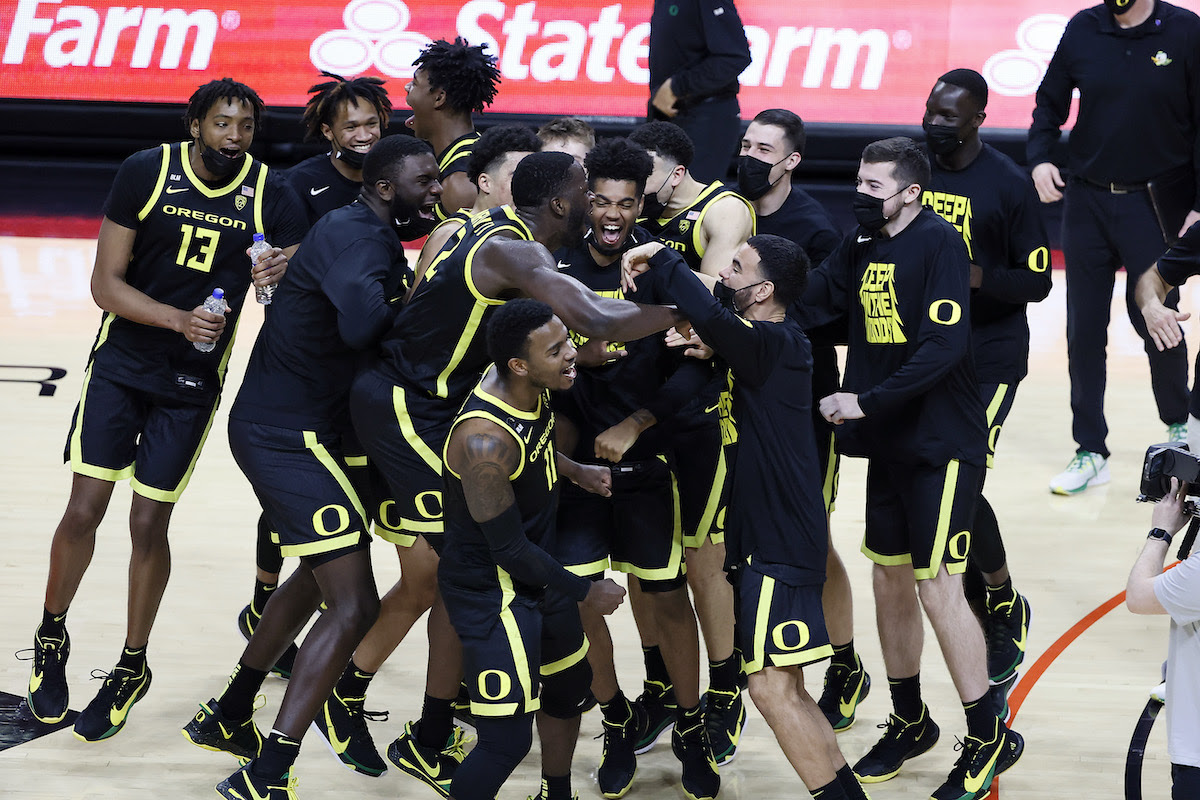 Winners of the College Basketball Regular Season Before the Postseason

The madness is coming. A wild weekend in college hoops featured numerous upsets, buzzer-beaters and stunning storylines. With the women’s tournaments well underway and the men’s conference tourney brackets being finalized, here’s the rundown of your major conference champions from the regular season. 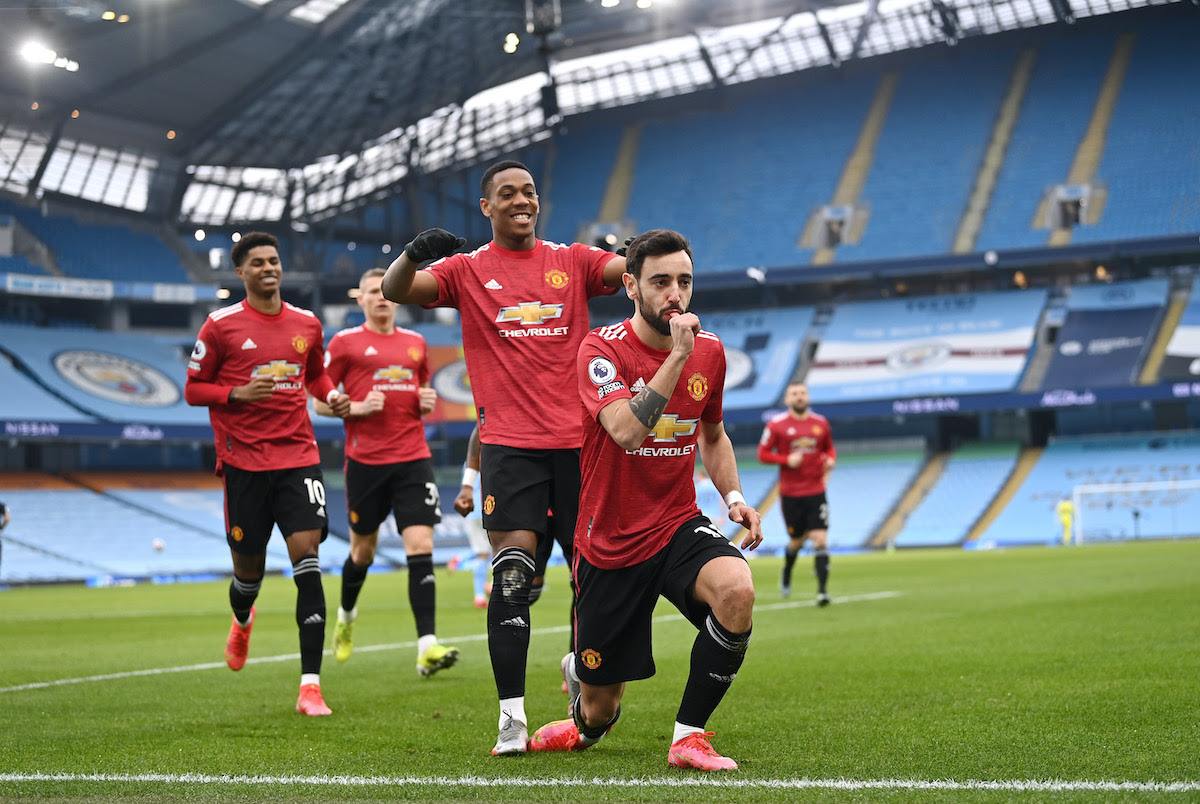 The streak is over! Manchester City’s 21-match glory run finally came to an end on Sunday in the 185th Manchester Derby. And at the hands of rival Manchester United (2-0), no less. City hadn’t been denied a victory since a December 15 draw against West Bromwich Albion, and they hadn’t lost in 28 matches (Tottenham, Nov. 20). Sunday’s Premier League clash appeared lopsided on the pitch with City out-classing United in shots (23-8) and possession (66-34), but it was just the opposite on the scoreboard. Bruno Fernandes (2’) finished an early penalty strike before Luke Shaw (50’) added the insurance goal.

Premier League Implications: Manchester City still hold a heavy lead in the title race, but the win vaulted United back into second place with ten matches to play.

NBC Sports: 3 Things We Learned From the Manchester Derby 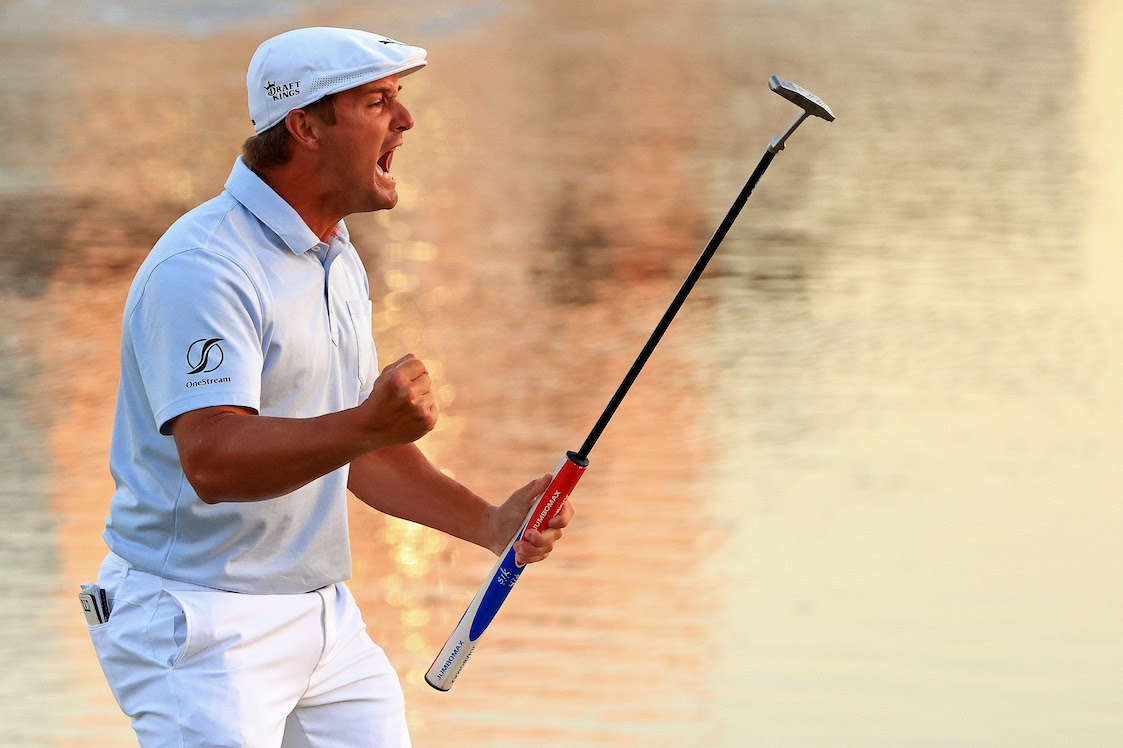 Bryson DeChambeau’s unrivaled power was the story at Bay Hill all weekend long. But at the very end, it was his finesse. DeChambeau wowed the golf world with monster drives at every turn — nearly cutting the corner and driving the green on a 555-yard Par 5 — on his way to the top of the leaderboard on Sunday. On Hole 11, he buried a lengthy par save before playing even through the back-nine. A five-footer on 18 gave him a one-stroke victory over Lee Westwood (-10). It was DeChambeau’s eighth career PGA Tour win, but his first of the 2021 season.

The Las Vegas Golden Knights extended their NHL-best win streak to six over the weekend with two wins against the San Jose Sharks. Vegas has outscored opponents 25-11 over those six games.

Jan Blachowicz shocked the UFC world by stealing the light heavyweight title belt from Israel Adesanya in a five-round decision.

🥊 UFC: Amanda Nunes Does It Again

The women’s featherweight champ, Amanda Nunes, made light work of Megan Anderson with a Round 1 submission in Saturday’s UFC 259.

The highlight of the weekend went to 9th-ranked Houston’s Tramon Mark who called bank on a half-court game-winner to beat Memphis (67-64).

⏱️ When the Clock Stopped

It took just three days last March for nearly every sport to shut down because of the coronavirus outbreak. In recent weeks, dozens of people have reflected on March 11-13, the days when much of the athletic world came to a halt. (New York Times)

Following an unprecedented regular season amid a global pandemic, the job of the 10-member committee made up of athletics directors and conference commissioners figures to be all the more difficult — and, subsequently, debatable. (USA Today)

Wilson’s seven-game sentence for boarding is the fifth suspension of his career, but by not penalizing him for what it acknowledges to be a direct blow to the head, the NHL once again is sending the wrong message to the Capitals winger. (Sports Illustrated)

49ers QB Jimmy Garoppolo is Patriots’ ‘Plan A’ for 2021 Offseason