The Final Four Runs Through Texas 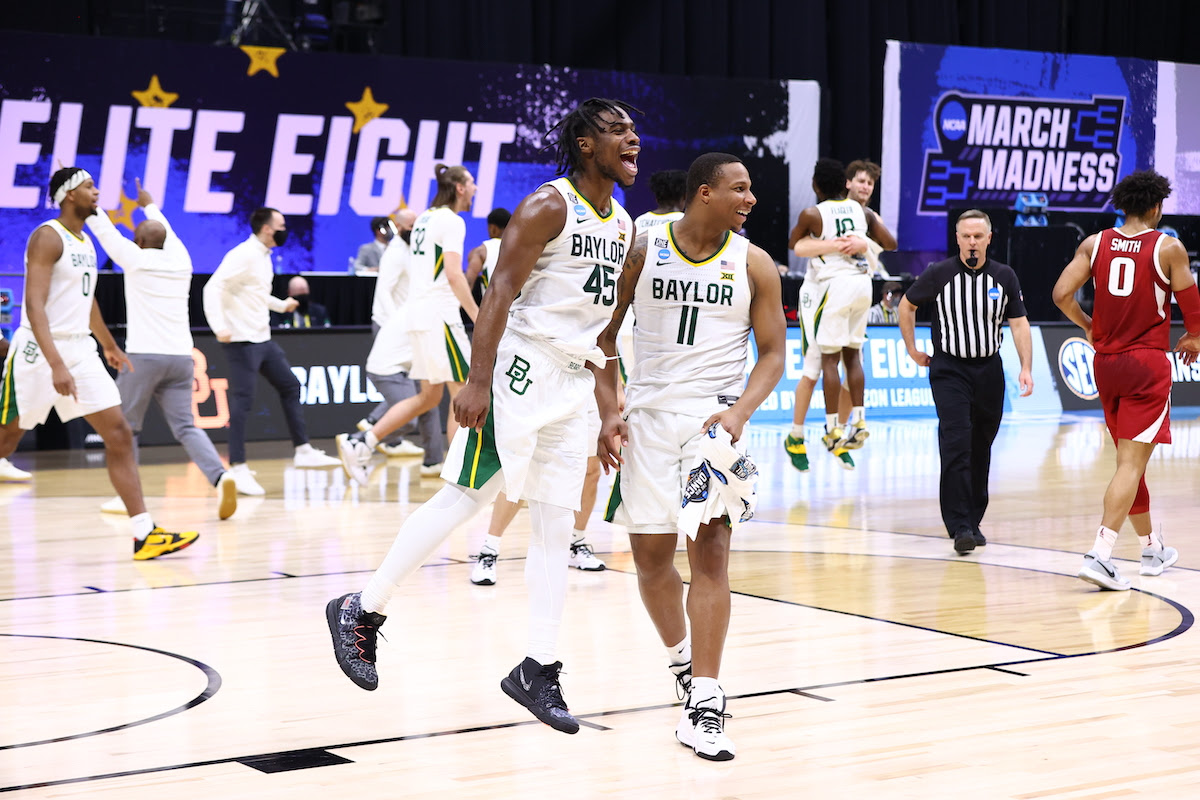 Two teams from Texas have punched the first two tickets to the Final Four. Monday’s doubleheader featured two comeback attempts by the lower seeds that came up short as #1 Baylor and #2 Houston advanced. Both Texas-based programs ended lengthy Final Four droughts in the process.

The Cougars are back in the Final Four after 37 years. 2-seed Houston advanced out of the South Region by holding off a furious comeback attempt by 12-seed Oregon State on Monday night. It’s Houston’s first trip to the Final Four since the Phi Slama Jama era (1984). They’re also the first team to play four double-digit seeds in a single tournament — #15 Cleveland State, #10 Rutgers, #11 Syracuse and #12 Oregon State.

The Bears are dancing into the Final Four for the first time in 71 years (1950) after a wire-to-wire win against Arkansas Monday night. Baylor jumped out to a 7-0 lead and never looked back. MaCio Teague scored a game-high 22 points as BU shot 53.3% percent from beyond the arc. They’ve won all four tournament games by double digits en route to the Final Four. 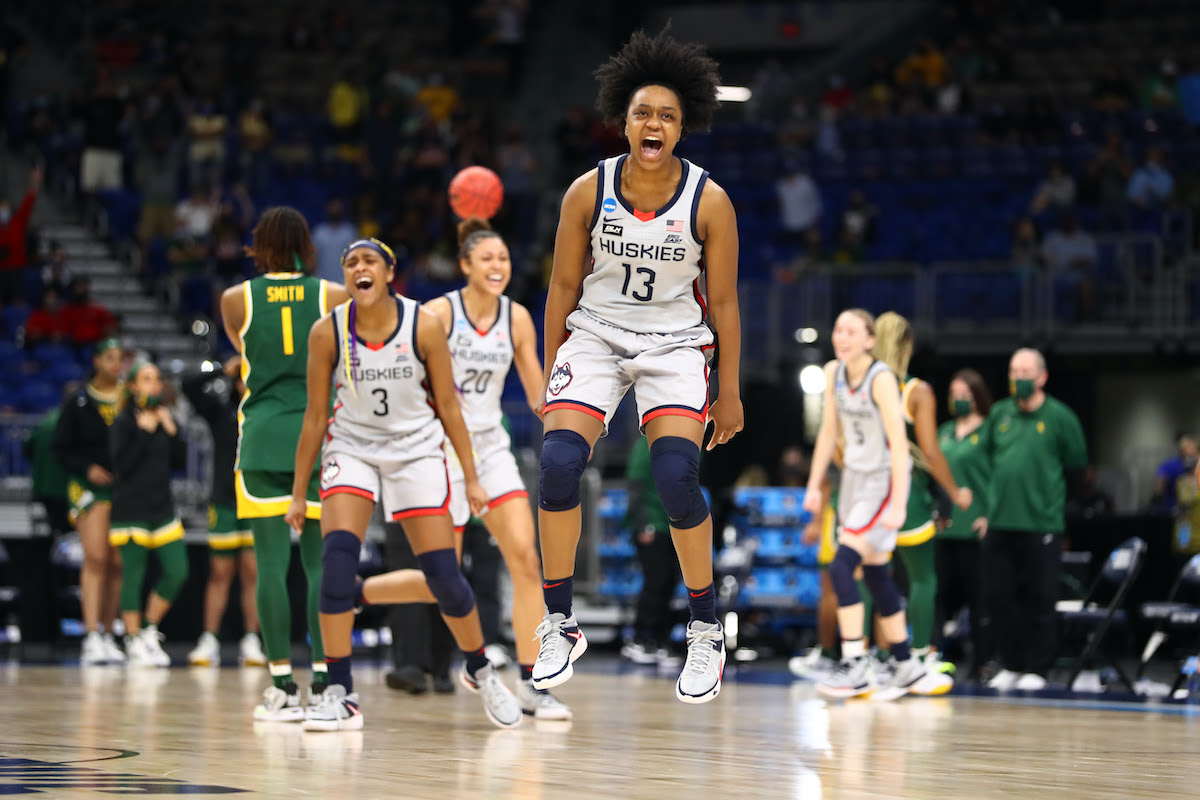 Two types of history were made in the women’s Elite 8 on Monday, and we might have seen the game of the year between UConn and Baylor. The Huskies mounted a ridiculous run before being the beneficiaries of a no-call in the final seconds. In the late game, Arizona made history with its first trip to the Final Four.

A thriller down south! The top-seed UConn Huskies went on a 19-0 run in the second half to survive Baylor’s latest spoiler attempt on Monday night. DiJonai Carrington missed a shot on a questionable no-call (foul) in the final seconds that would’ve given the Lady Bears the lead, and likely the game. Freshman phenom Paige Bueckers (28 points) was sensational for UConn, and the Huskies are heading to their 13th consecutive Final Four.

The Aari McDonald story continues for the team from the desert! Arizona outscored Indiana 20-9 in the fourth quarter to pull away down the stretch as McDonald tallied 33 points. She’s poured in 101 points through four tournament games. The Wildcats make their first Final Four trip in program history, but their next opponent won’t be easy.

FTW: UConn is Going to the Women’s Final Four Thanks to a Brutal No-Call in Final Seconds 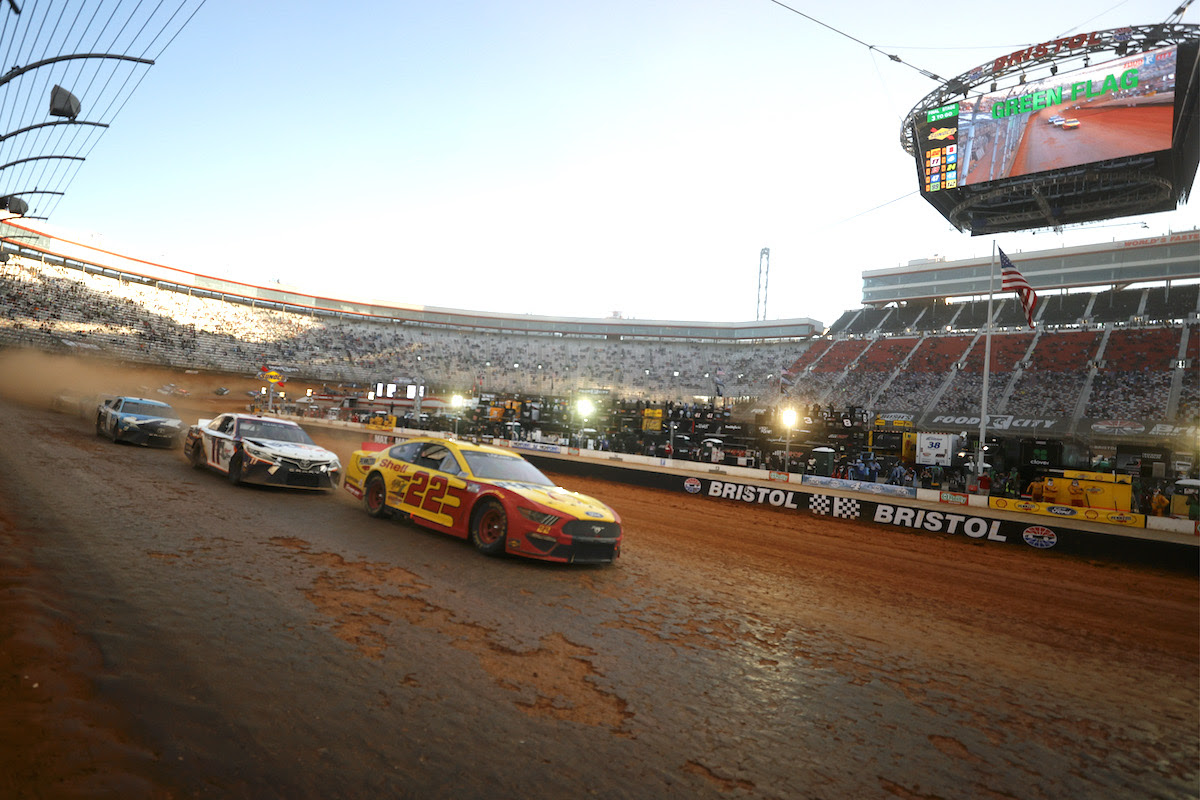 NASCAR Shines With First Cup Series Race on Dirt Since 1970

NASCAR had to wait until Monday to wave the green flag on a historic night in Bristol after Sunday’s rain delay halted the Food City Dirt Race. The sport’s first dirt-track race in 51 years was a sight to behold as Bristol Motor Speedway was filled with 2,300 truckloads of Tennessee clay for this unique spectacle.

In the Race: Joey Logano finished first after leading the final 61 laps and holding off a frenetic charge from Denny Hamlin down the stretch. Ricky Stenhouse Jr. also made a push, but Logano — who took the lead in Lap 183 and never gave it up — looked perfect in imperfect conditions. It’s Logano’s first victory of the 2021 season.

Russell Westbrook dropped the most eye-popping stat line of the night in the NBA. He led the Wizards to a win over the Pacers (132-124) with 35 points, 21 assists and 14 rebounds. Westbrook already owns the Wizards’ record for most triple doubles (16), and he joins Magic Johnson (1988) and Oscar Robertson (1961) as the only players in NBA history with a 30-20-10 night in NBA history.

The Buffalo Sabres looked like they might finally end the losing streak, but the Flyers had other plans. Holding a 3-0 lead entering the third period, the Sabres gave up three goals, including Sean Courtier’s OT-forcing goal with just 1:30 left in regulation. Ivan Provorov won it for Philly 42 seconds into overtime, and the Sabres’ losing streak is now at a record 18 games.

The NFL is reportedly going to announce a 17-game schedule expansion for the 2021 season this week. The new format has long been discussed, but it’s about to become official. (Bleacher Report)

Once a can’t-miss pitching prospect who later burned out before he ever reached the majors, Mark Appel is apparently ready to give baseball another shot. (USA Today)

The Trade Deadline Closed the Gap

After months of speculation, Kyle Lowry went … nowhere. But while the Lakers and Sixers missed out on the best player on the market, the Heat and Nuggets gained ground, creating a more wide-open race for the 2021 title. (The Ringer)