And welcome to February. Thought it was a dull weekend in sports? A couple trades put that idea to rest. Hopefully you don’t own any of these players’ jerseys… 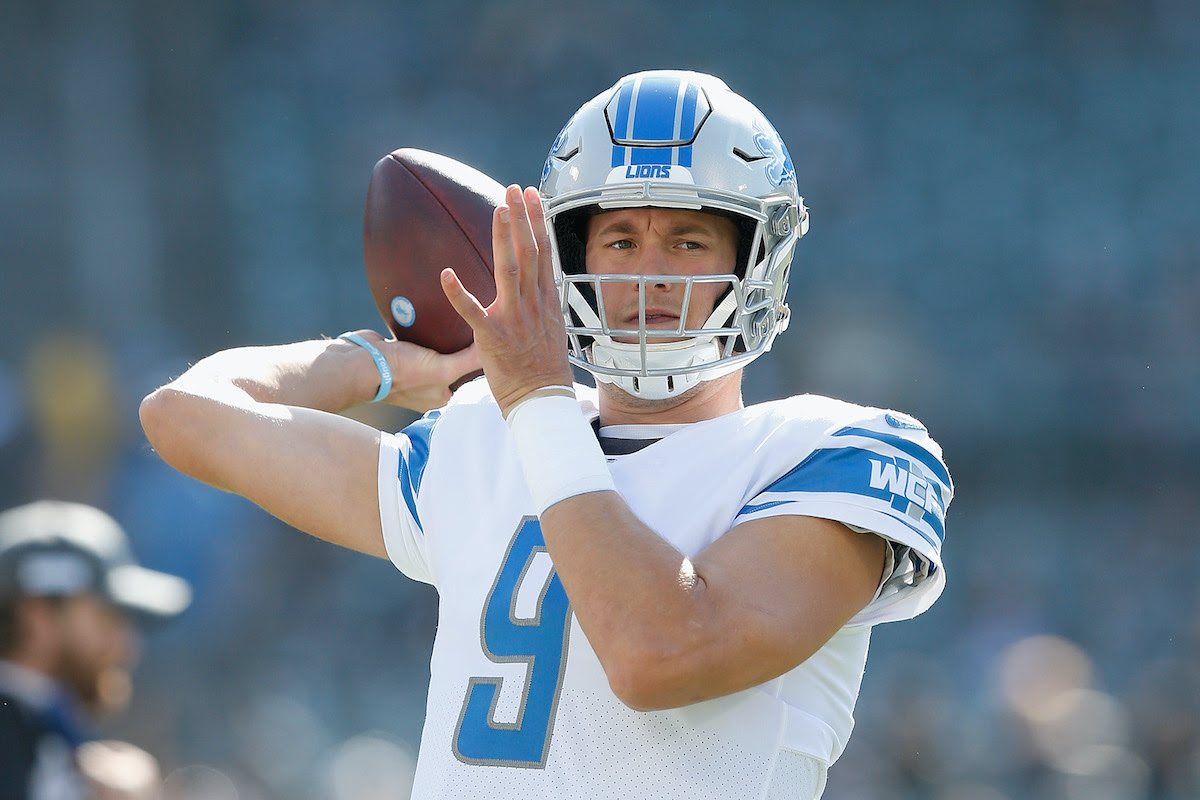 The NFL offseason could include a lot of quarterbacks on the move, and the first big trade is a done deal. The L.A. Rams acquired longtime Detroit Lions QB Matthew Stafford on Saturday. The deal included former No. 1 overall pick Jared Goff and a haul of picks from Los Angeles. Stafford had made a formal trade request early last week after the team hired a new GM and head coach. He spent all 12 seasons in Detroit, and even though he’s performed well, the Lions haven’t won a playoff game since 1991 — the second-longest drought in the NFL.

Yahoo! Sports: NFL Fans Shocked at How Much Lions Got in Return for Stafford 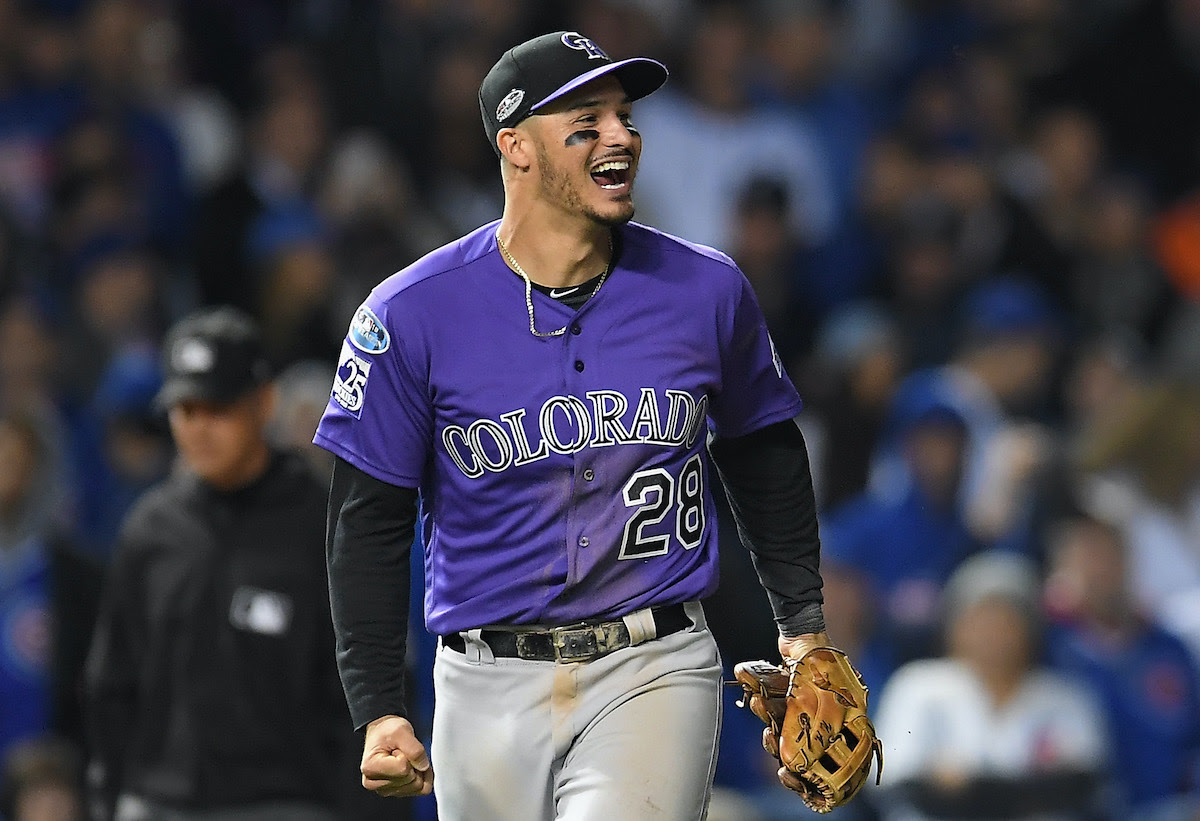 This MLB market is confusing. For the third time in the last year, an all-star with unlimited potential has been traded for next-to-nothing in return. The St. Louis Cardinals acquired 3B Nolan Arenado from the Colorado Rockies on Friday night, and Colorado received… a bill? The Cards snagged the 5-time all-star and 8-time Gold Glove winner for a batch of unknown prospects, but they also convinced Colorado to pay $50 million of the remaining $199 million on Arenado’s contract, which runs through 2026.

The Arenado trade follows Mookie Betts (Red Sox-Dodgers) and Francisco Lindor (Indians-Mets) as one of three mega-deals in the last year that involved offloading expensive homegrown talent for little in return. Because Arenado’s contract maneuvering needs approval from the MLB league office, not all details of the trade have been finalized. 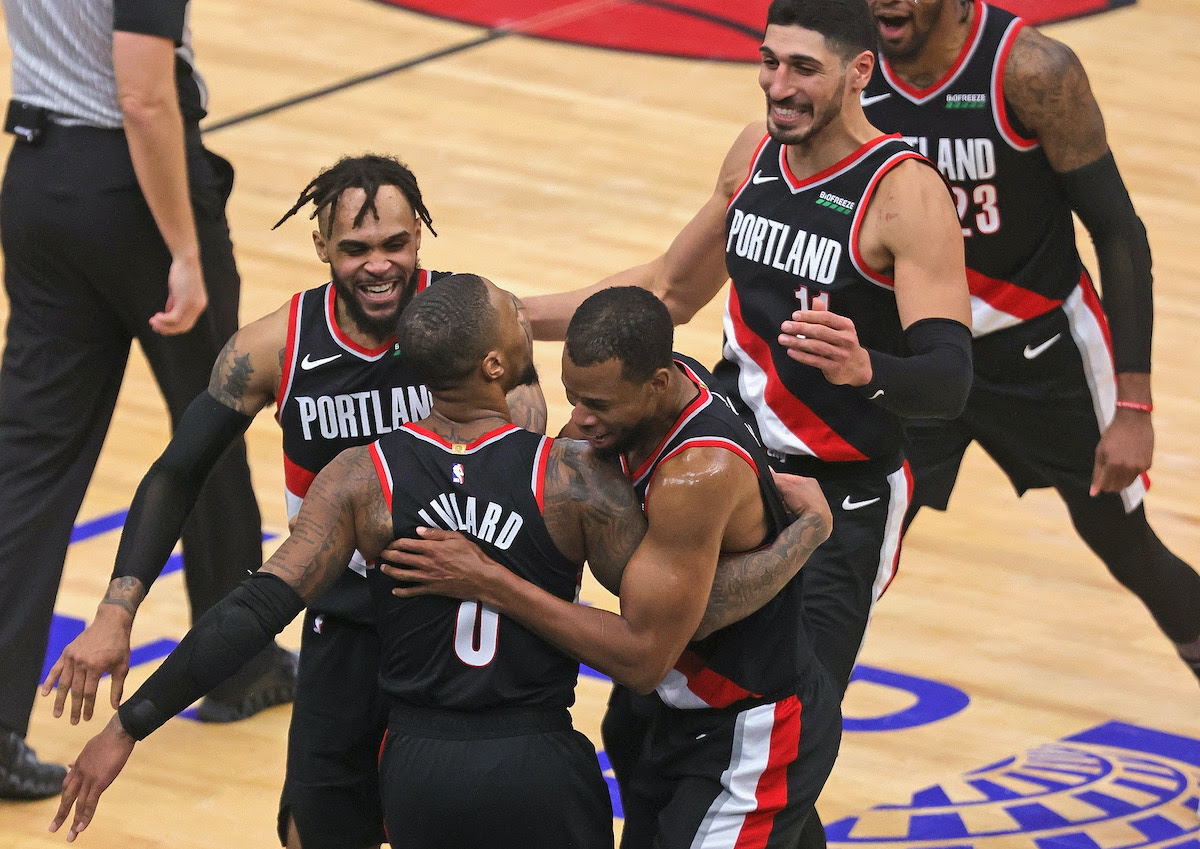 The must-see highlight of the weekend goes to Blazers’ star Damian Lillard. Lillard delivered the NBA drama with a 44-point night and a must-see finish. Portland trailed Chicago by five with less than 10 seconds to play when Lillard hit a deep three, then got another look at a walk-off game-winner to beat the Bulls (123-122).

Six points. Ten seconds. Crunch time is Dame Time. But he wasn’t the only one to get some late-game buckets.

East Coast Shootout: The Nets and Wizards met on Sunday night for a near-300-point shootout. Bradley Beal (37 points) and Russell Westbrook (41 points) both hit 3s in the final 12 seconds to stun the Nets (149-146).

Lakers Survive Celtics: The Lakers avoided a four-game skid by narrowly escaping the Celtics on Saturday (96-95). Anthony Davis scored 27 points in his return to the lineup. 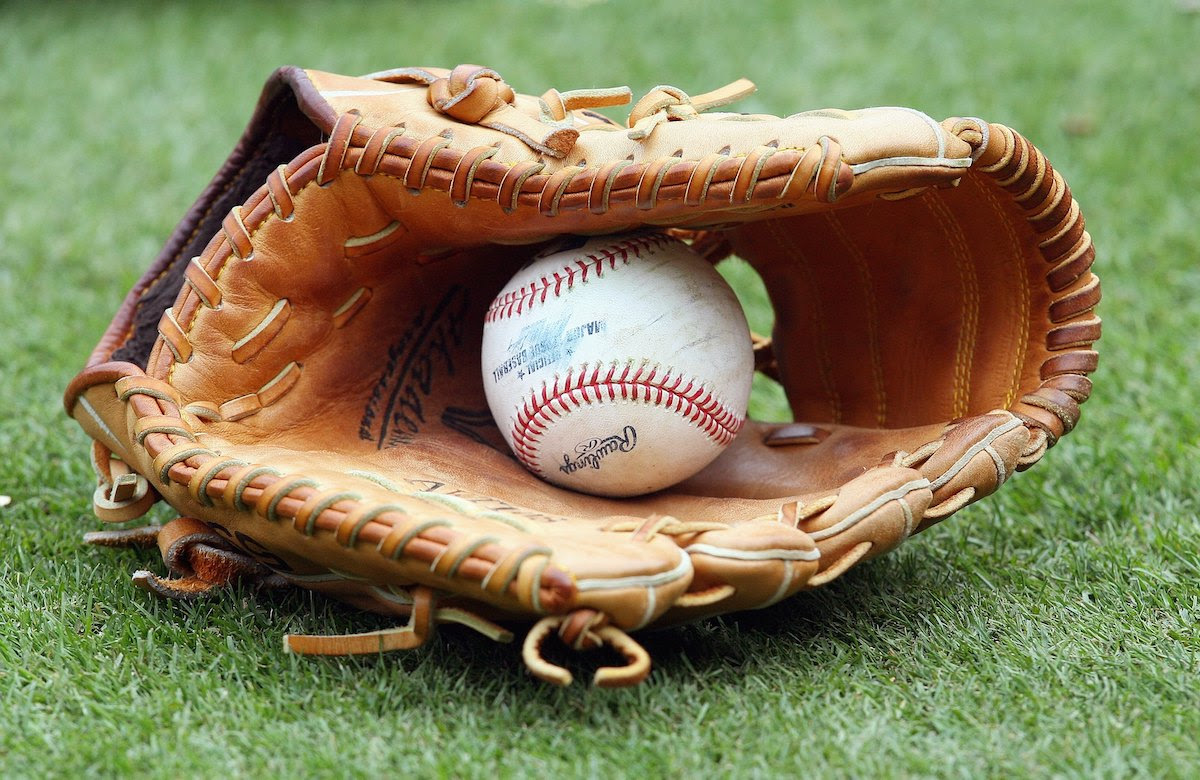 Another MLB saga looks like it could find its way into our newsletter throughout February. The latest? It’s more of the same. Major League Baseball’s latest proposal includes a one-month delayed start to the 2021 season, a 154-game calendar (8 games shorter than usual), and an expanded postseason, which was already rejected by the MLBPA.

The league hopes to utilize that additional month to vaccinate players in order to hold a more concrete schedule that’s less impacted by COVID-19 protocols. The players’ union is expected to reject the proposal today.

Baseball is entering a crucial year before a new collective bargaining agreement (CBA), and the league’s goal is to create a season of “normalcy” that can be replicated or transitioned into the new CBA. The league wants to delay the season so there’s a better chance of having games with fans in the stands (more money). But hidden in the proposal are things the players don’t want, like expanded playoffs. There’s animosity between both sides, and it’s not going away anytime soon.

ESPN : What a Delayed Spring Training Would Look Like for Everyone Involved

Saturday marked the first time in NHL history that three No. 1 overall draft picks scored overtime winners on the same day, and they did it within 12 minutes of each other — Sidney Crosby (9:35 pm ET), Alex Ovechkin (9:36 pm ET) and Connor McDavid (9:47 pm ET).

The U.S. Men’s National Team looked top class in their 7-0 win against Trinidad & Tobago at Sunday’s friendly in Orlando. The trio of Jonathan Lewis, Jesus Ferreira and Paul Arriola all scored twice in the match. The Red, White and Blue are 3-0-1 since friendlies restarted in November.

Patrick Reed (-14) overcame another ruling controversy on Saturday to win the Farmers Insurance Open by five strokes. And while Reed dominated the competition, his Round 3 blunder may dominate the headlines early this week.

After a week of celebration, highlighted by the popular “Verzuz” battles involving NFL stars — past and present — Sunday brought its own share of fun before the day culminated with a virtual Pro Bowl game pitting a few current Pro Bowl players and celebrities against one another within Madden NFL 21. (NFL.com)

The former No. 2 overall pick is currently on the trade block for the New Orleans Pelicans. On the right team, Lonzo Ball’s unique blend of size and basketball-IQ could still produce a high-level starter. (CBS Sports)

Over the course of Lionel Messi’s illustrious career, it was always a given that the FC Barcelona star was well-compensated for his talents… You could assume Messi was paid along the lines of the world’s top athletes, like Patrick Mahomes, LeBron James and Mike Trout. You would be very wrong. (Yahoo! Sports)