“I scroll through door dash for like an hour before I pick a restaurant man… You’re gonna have to give me a second to choose a new team and city.”

That NFL offseason menu is appetizing… 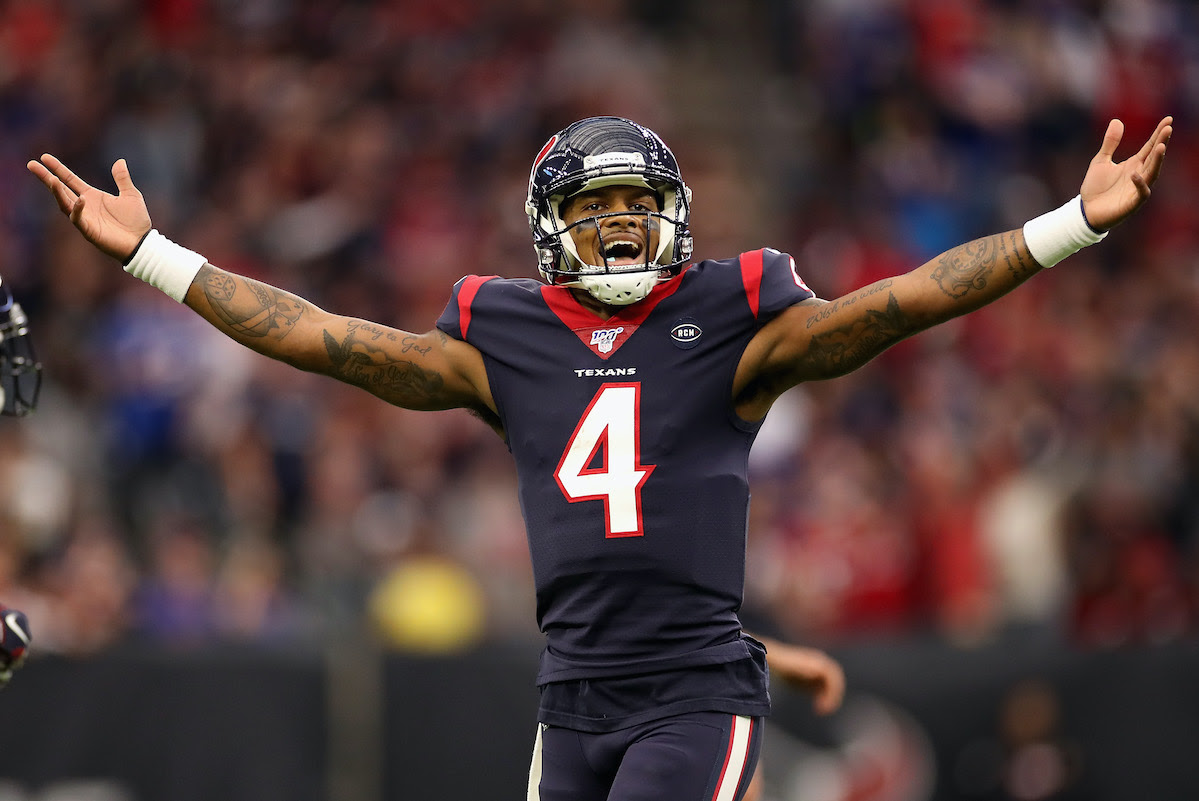 Matthew Stafford is a Ram. Jared Goff is a Lion. Carson Wentz is a Colt. J.J. is ordering delivery, and everyone and their brother wants to land Deshaun Watson. The NFL offseason is only just beginning, but the rumor tornadoes are swirling. From Russell Wilson in Seattle to Tua Tagovailoa in Miami, everyone is getting calls about QB trades. Watson is the biggest offseason prize, and the projected offers are getting ridiculous. Here’s our take on the top-five teams in the race for the Watson sweepstakes, based on multiple reports and rumors from various NFL sources.

The new regime in Carolina appears to be cutting players left and right to free-up cap space. New head coach Matt Rhule got a feel for what he has in Charlotte last year, and what he has is a 5-11 football team. He also has assets to move with RB Christian McCaffrey and the No. 8 overall pick.

The most exciting trade rumor centers around New York where the Jets have struggled for more than a decade. Gang green holds picks No. 2 and 23, as well as a potential gap-QB in Sam Darnold that Houston could utilize for the short term.

It’s hard to fathom Miami shelling out QB Tua Tagovailoa so early, but their draft capital is substantial. The Dolphins have the No. 3 and 18 picks, as well as two more in the second round. They could be the only team poised to scrap this year’s draft for Watson while saving future first-rounders in the process.

If Bill Belichick can return the New England defense to its old ways, this move would be a home run. Give Watson the ball and let him play-make with a franchise that knows how to win. I just can’t see the Pats giving up that much for one player — it doesn’t seem like “the Patriot Way.”

Watson in Chicago could be a success story in the making. The Bears have always been a defense-first football team, but the quarterback position has held them back ever since… Jim McMahon? Mitch Trubisky did make the pro bowl, but it’s unlikely that he’s Chicago’s long-term solution.

With all the rumors circling Watson, we do know one thing that isn’t conjecture — he holds the keys to his future. His no-trade clause with the Texans means he can dictate where he goes. Sit tight. The saga continues…

Where Do You Think Watson Will End Up? Reply to today’s newsletter and share your thoughts. Best responses may be included in tomorrow’s edition.

The Athletic: Shattered Trust: How Deshaun Watson Lost Faith in the Houston Texans

The Mess in Minnesota 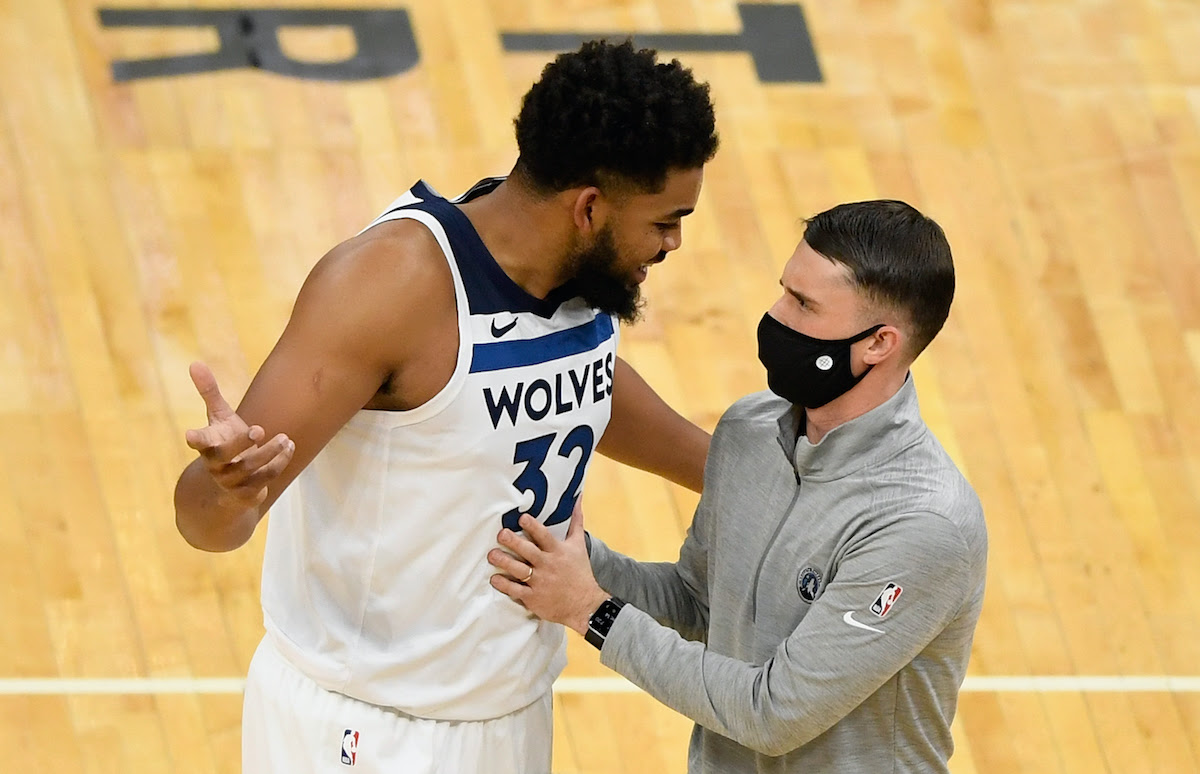 Too much talent to be this bad… The Minnesota Timberwolves have been a bottom-feeder team with a lot of upside for the last three years, but a 7-24 start paved the way for the first NBA head coaching change of the season. Minnesota fired head coach Ryan Saunders on Sunday night after a 103-99 loss to the Knicks. Saunders had a 43-94 record (.314) since taking over in 2018. The T-Wolves hired Raptors assistant Chris Finch almost instantaneously. Finch interview for the position back when new president Gersson Rosas took over in 2018.

A Mess in Minnesota

The T-Wolves have made the playoffs just once in the last 16 years — a first-round exit to the Rockets (4-1). They had the No. 1 overall pick in last year’s draft (Anthony Edwards), and the current roster features five players drafted in the top-six of their respective drafts. Karl-Anthony Towns and D’Angelo Russell went 1-2 in 2015.

Despite all the talent, Minnesota is destined for another high lottery selection. The first firing of 2021 is no surprise.

The Ringer: The Wolves Make a Drastic Move to Address Their Iffy Future 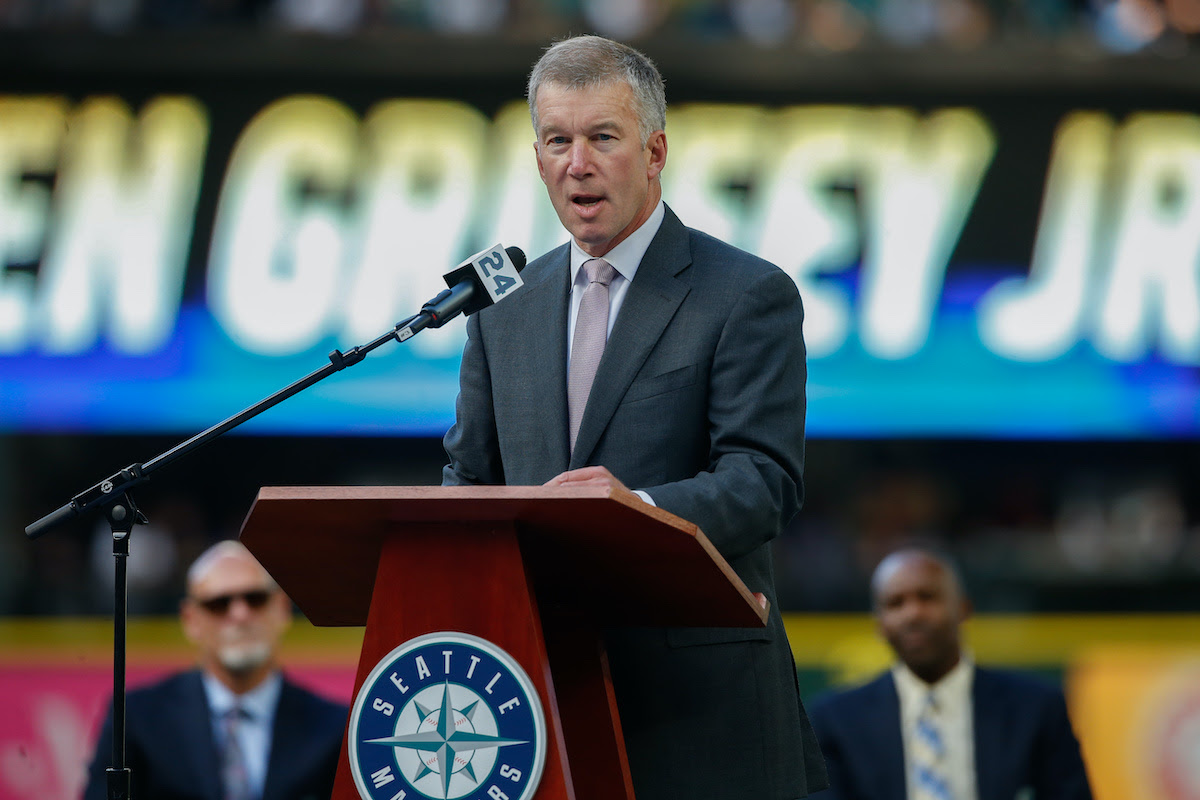 Before the 2021 MLB season has even begun, one team is already facing front office turmoil. Mariners president and CEO Kevin Mather resigned yesterday just one day after a video surfaced from a Rotary Club event on February 5. As a guest speaker, Mather made inappropriate comments about various international players and coaches, continuously calling their English “terrible.” He also called longtime 3rd baseman Kyle Seager “overpaid” and admitted to manipulating “service time” that dictated pay during the shortened 2020 season.

Even though Mather’s comments were a poor attempt to provide team insight to a group of community members, it wasn’t his first strike. In 2018, The Seattle Times reported on three women accusing Mather and former VP Bob Aylward of harassment.

Another week, another unchanged top of the men’s college basketball rankings. Gonzaga and Baylor are closing in on undefeated regular seasons. The Zags have two cakewalks left before the conference tournament. Baylor — a team that’s seen the five recent games postponed due to COVID-19 — has three left, with two against ranked Big 12 opponents. There’s also a Big Ten brawl between Michigan, Ohio State and Illinois for claims on the other two No. 1 seeds come tourney time.

Women: Huskies Look Poised for Another Run at NCAA Title as Two of the Top-3 Fall

A big shake-up in the women’s basketball rankings ensued after No. 2 South Carolina and No. 3 Louisville suffered losses over the weekend. They got bumped while NC State, Texas A&M and Stanford crawled back into the top-four (potential 1-seed line). As we near the end of the regular season, it’s a familiar face on top; UConn. The Huskies have won eight straight, and their lone loss this season came by just three points. Could a 12th National Championship be unfolding?

*The Sportsletter will have extensive coverage of college basketball, March Madness previews and more in the coming weeks.

NBA: Wizards on a Win Streak

After an abysmal start to the season, the Washington Wizards are picking up steam. Bradley Beal (33 points) and Russell Westbrook (32 points) got their fifth straight win by handing the Lakers their third consecutive loss last night in a thriller (127-124, OT).

The L.A. Kings are riding a league-best five-game win streak after last night’s shutout against the St. Louis Blues (3-0). Jonathan Quick made 31 saves and Dustin Brown scored a pair of unassisted goals.

Cristiano Ronaldo scored two first-half goals to give Juventus a 3-0 shutout against Crotone on Monday. The win helped Juve retain third place and keep pace in the Serie A race behind Inter and AC Milan.

Jordan Spieth and Brooks Koepka excelled in California, but Justin Thomas fell flat. Here’s a look back at the first two months of the golf year before the PGA Tour heads for Florida. (CBS Sports)

Nearly every NBA player, at some point, takes part in the league’s most marketable ritual. But a handful of mainstays have never attempted an in-game slam. What keeps some athletes from trying to dunk? (SI Daily Cover)

🇺🇸 USWNT ‘Past the Protesting Phase’

On a day when the United States women’s national team stood — and didn’t kneel — for the playing of the national anthem, U.S. defender Crystal Dunn said that the players are “past the protesting phase and actually move into putting all of the talk into actual work.” (ESPN)

USMNT’s Jordan Muffers Out For Season With ACL Tear

Colts WR Michael Pittman Refuses to Give No. 11 Jersey to QB Caron Wentz