The Knights of Tennis 🎾

“The three Knights of tennis… Roger (Federer) and Rafa (Nadal) inspire me. I think as long as they go, I’ll go.”

Grand Slam No. 18, and not slowing down. 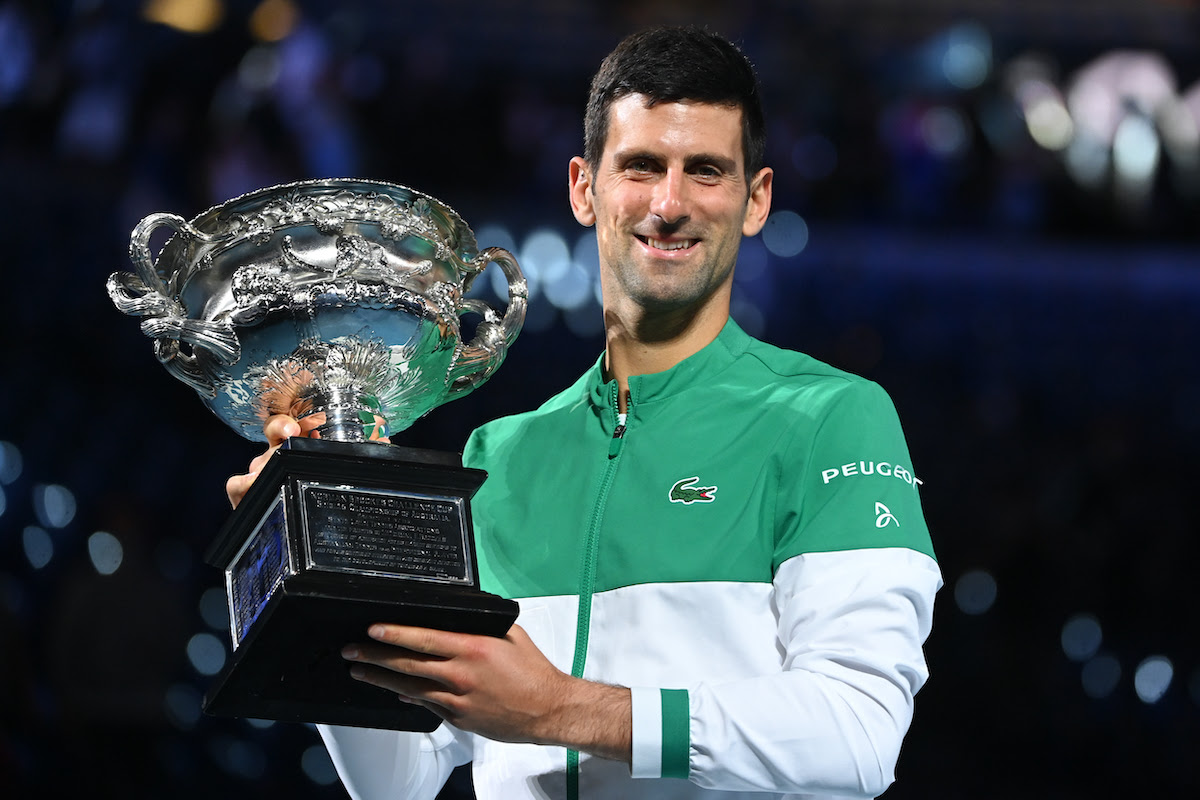 The Djokovic dominance continues. The top-seeded Serbian stormed through Melbourne once again, concluding his ninth Australian Open title with a blazing three-set win over (4) Daniil Medvedev (7-5, 6-2, 6-2) in Sunday’s finale. With 18 Grand Slams under his belt, Djokovic is now just two behind Roger Federer and Rafael Nadal (20 each). And while Nadal has become the master of clay at the French Open, Djokovic has staked his claim as the hard-court champ down under.

Djokovic By The Numbers

For the ninth time in a dozen years, the Djoker gets the last laugh as Australian Open champ. Time will tell which one of “the three Knights of tennis” holds the record when it’s all said and done.

ESPN: Djokovic’s 2021 Australian Open Win Could be the Catalyst in Chase of Federer & Nadal 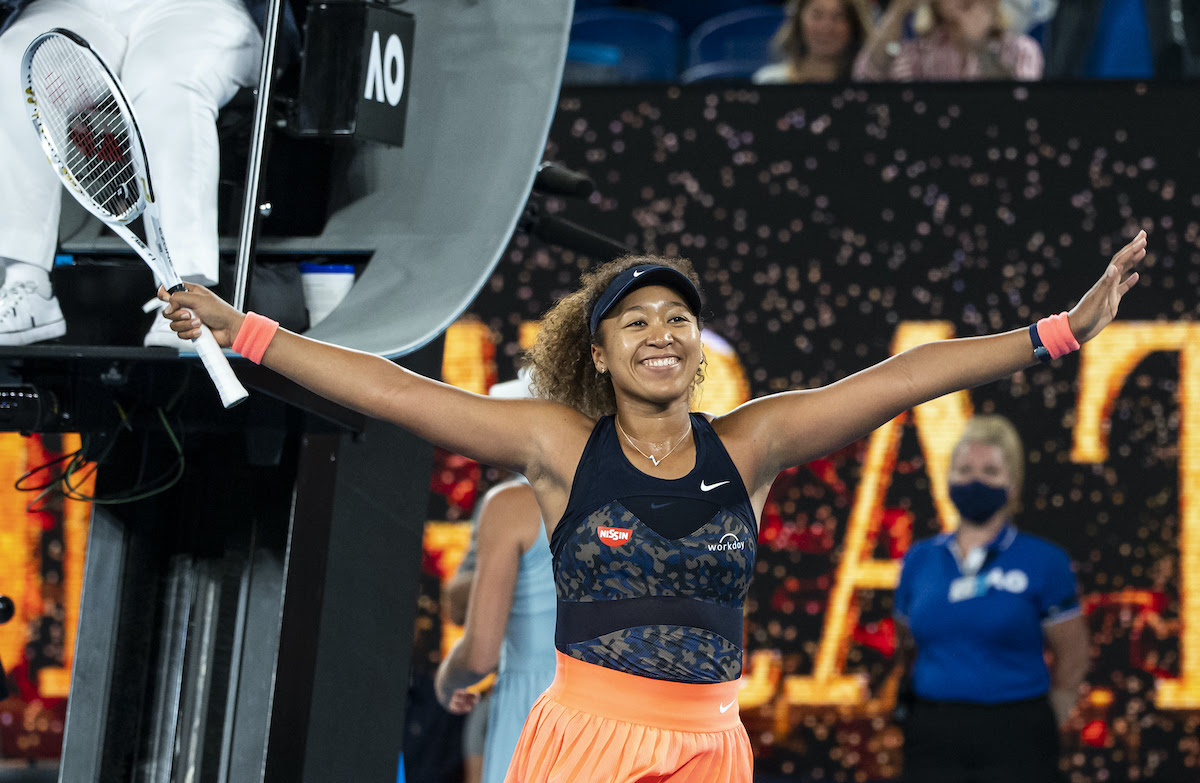 Mark it number four for Naomi Osaka. The 23-year-old emerging superstar was a straight-set winner over Jennifer Brady (6-4, 6-3) in Saturday’s women’s final. We’re starting to see a pattern here… Osaka has won four Grand Slams in four years with exactly one each season, including the U.S. Open (2018 & 2020) and Australian Open (2019 & 2021). And though her run to the trophy included just one match against a top-ten opponent — (10) Serena Williams — she only dropped one set during the entire tournament.

Osaka By The Numbers

Osaka’s 4-for-4 record to begin her career in Grand Slam finales is a feat that’s only been done by two other tennis players in the Open era — Monica Seles and Roger Federer. After winning two slams in a row, Osaka is 50 percent of the way to a Grand Slam calendar sweep. 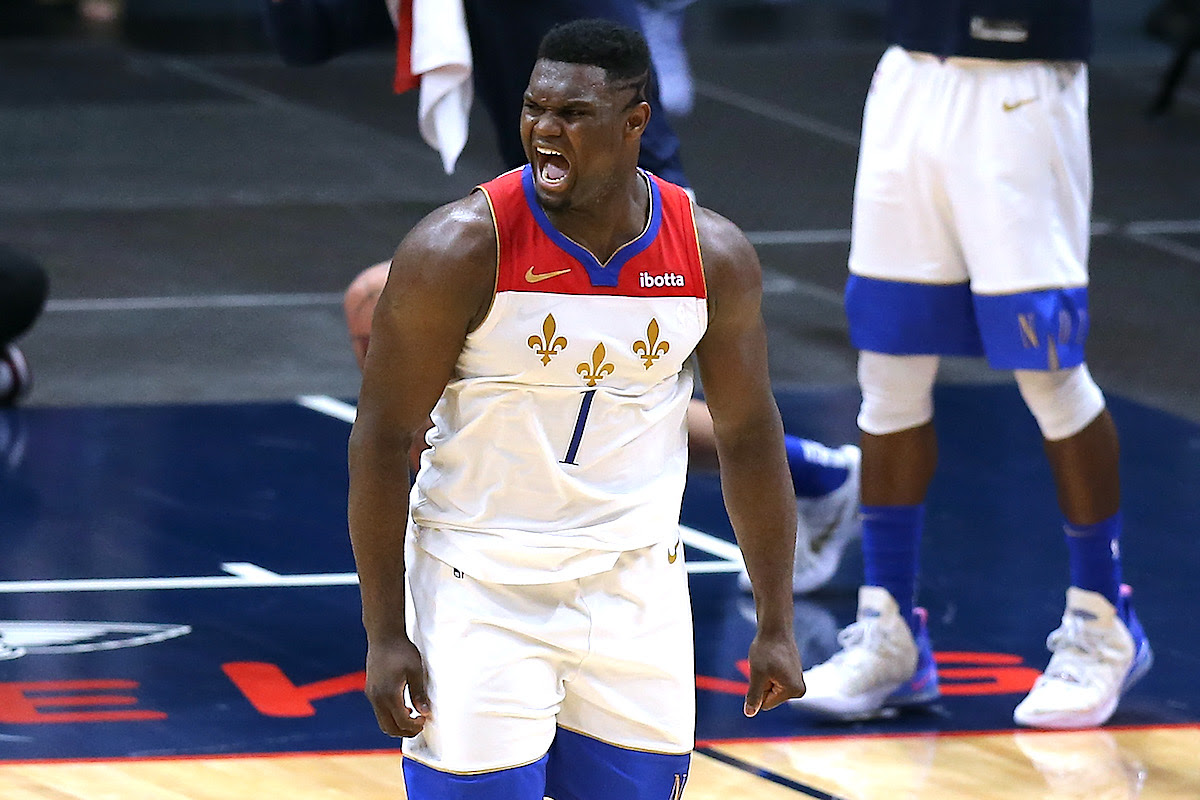 New Orleans basketball is slowly turning into a paradise for highlights, but trouble in Boston continues. The Pelicans handed the Celtics a stunning loss on Sunday (120-115, OT) courtesy of a franchise record 24-point comeback, including a 46-19 run over a 12-minute span in the second half. Boston’s Jayson Tatum hit a game-tying floater with 0.2 seconds left to force OT. But in the extra frame, Brandon Ingram hit a dagger 3 in the final minute to seal the win. Zion and Ingram combined for 61 in the game. The Celtics’ struggles have hit a new low. They’ve fallen to .500 and 6th place in the East — tough pill to swallow for a team with Finals aspirations.

Nets Win 6th Straight: Still no Kevin Durant, but no problems for Brooklyn. The Nets knocked off the Clippers (112-110) Sunday night for their sixth straight win behind 65 points from James Harden (37) and Kyrie Irving (28).

Scary Terry Calls Game: The weekend game ball goes to Hornets guard Terry Rozier. In a wild finish to the Hornets-Warriors game on Saturday, Rozier (36 points) scored 20 in the fourth quarter and buried a step-back game-winner from the corner (102-100). Charlotte still holds the division lead in the Southeast.

Lakers Losing Without AD: The Lakers were riding a seven-game win streak up until last week’s injury news regarding Anthony Davis’s calf strain. L.A. fell to Miami on Saturday (96-94) for their third loss in the last four games. 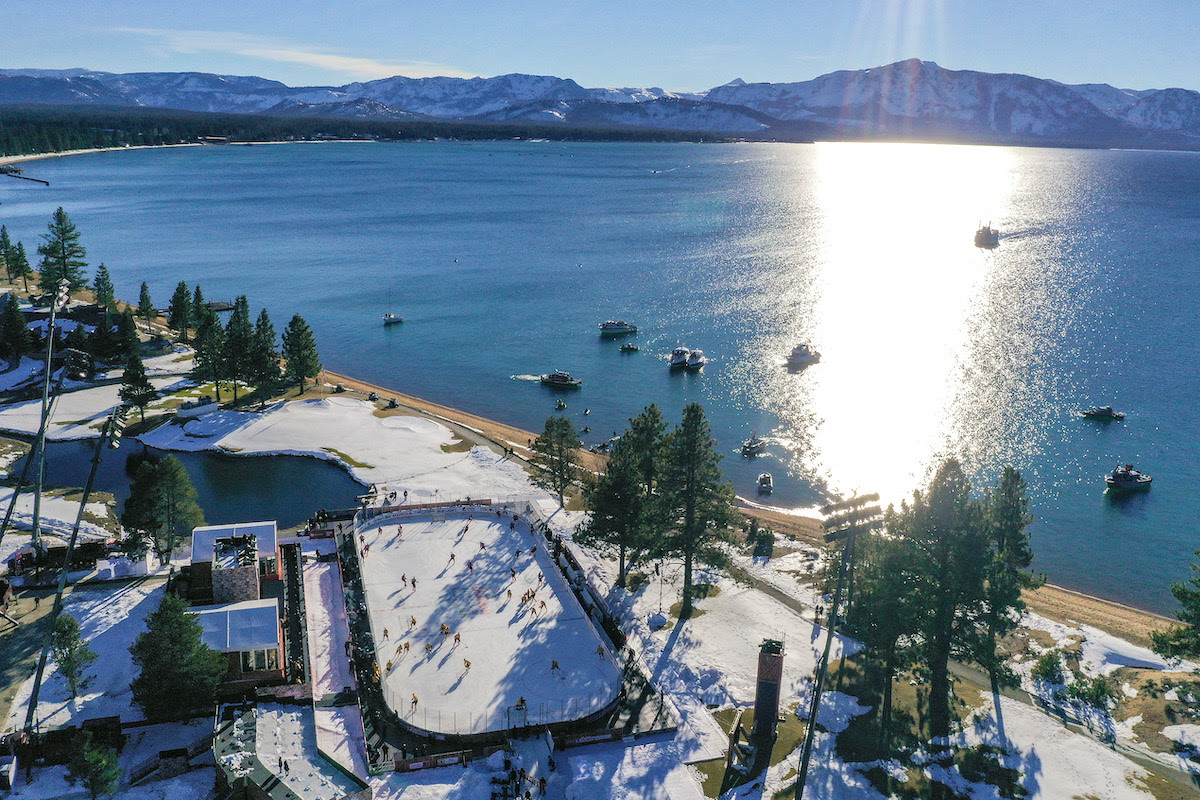 One of the most beautiful scenes in all of sports took place on ice this weekend. The NHL’s outdoor series ascended on the shores of Lake Tahoe for a pair of games, but dropping the puck took longer than expected. Saturday’s Colorado-Las Vegas game was postponed more than eight hours after sunshine caused issues with the ice. After nightfall, it was the Avalanche who beat the Golden Knights on Saturday (3-2) behind Nathan MacKinnon’s three points. On Sunday, David Pastrnak tallied his 10th hat-trick in the Bruins’ thrashing of the Flyers (7-3).

Even if you’re not a hockey fan, these highlights and images are worth your time.

One of the Big Ten’s biggest rivalries manifested in a top-five matchup on Sunday. Michigan staved off Ohio State (92-87) in a barn-burner. Both teams shot 53 percent from the field, and both are still on Joe Lunardi’s projected 1-seed line for the NCAA tournament.

Florida State threw a wrench in the NCAA women’s 1-seed line by stunning 3rd-ranked Louisville on Sunday (68-59). The Cardinals shot just 15 percent from 3-point range, and their leading scorer had just 13 points.

Max Homa (-12) captured The Genesis Invitational by holding off a furious Sunday run by Tony Finau (-12). Finau fired a Sunday-best 7-under, but Homa hung on in two playoff holes to take the trophy at his hometown Riviera Golf Course.

The USWNT is now 2-0 in the SheBelieves Cup without giving up a goal in two matches (3-0). Sunday’s win against Brazil (2-0) featured an early goal by Christen Press (11’) and a late strike by Megan Rapinoe (88’). They’ll face Argentina for the final group stage match on Wednesday.

The NASCAR Cup Series stayed in Daytona this weekend for the road course. Christopher Bell won his first Cup Series race with a last-lap pass on Joey Logano.

The Yankees lack urgency. The Dodgers, Mets and Padres get high marks. But the Cubs and Red Sox underwhelm. It’s report card time for all 30 MLB teams. (CBS Sports)

Bubble Watch: Who Helped Their Case?

The NCAA Tournament bubble has never been a zen place for men’s college basketball, spurring serious anxiety for teams and their coaches on an annual basis. (USA Today)

Philly traded Wentz to the Colts on Thursday and incurred the largest dead cap penalty in NFL history. But in owning their mistake, the Eagles gained new avenues for the future. (The Ringer)