The greatest thing I saw yesterday wasn’t sports, but a throwback to sports movie nostalgia. Adam Sandler reenacted the famous Happy Gilmore golf swing on the movie’s 25th anniversary. And crushed it

“Shooter McGavin, this is for you.”

What a classic. Speaking of shooters…

Beard in Brooklyn: How Harden is Embracing New Role 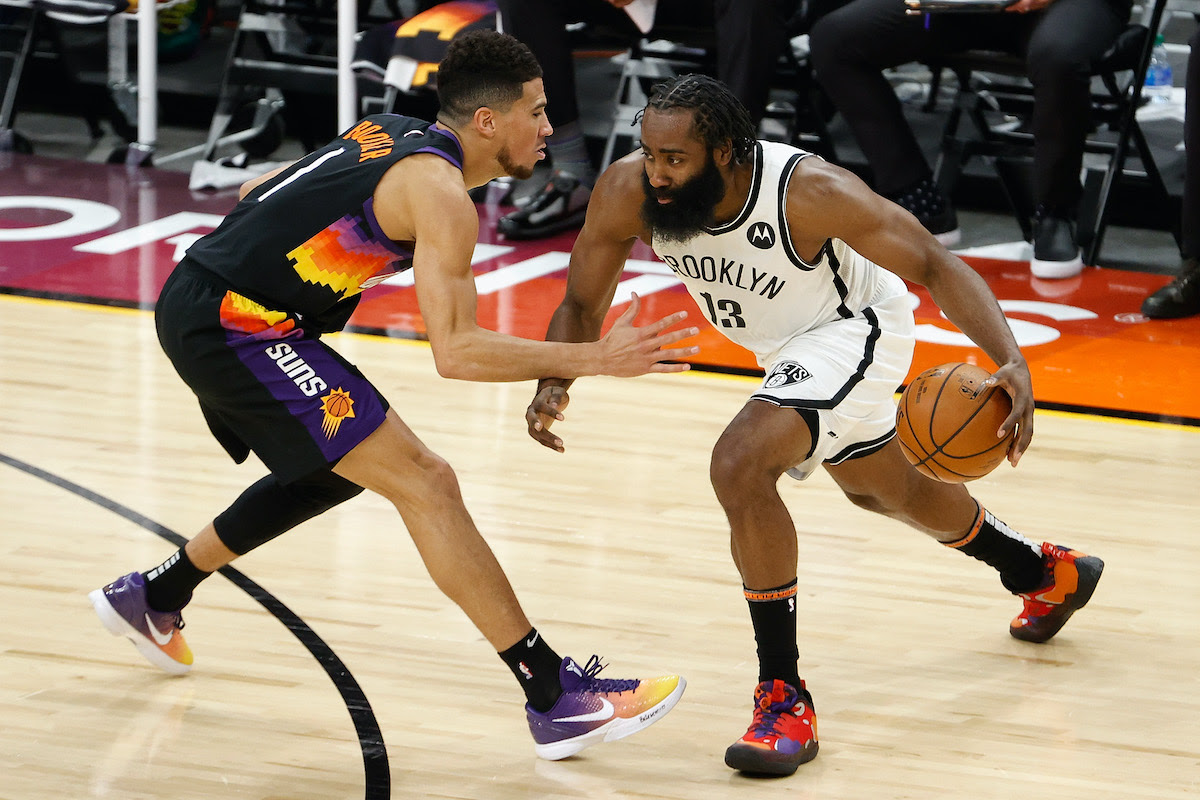 James Harden isn’t who you thought he was. The Beard led a furious franchise-record 24-point comeback last night to beat the Suns (128-124), and he did it without Kevin Durant or Kyrie Irving in uniform. Phoenix looked unstoppable in the first half, but Harden (38 points, 11 assists, 7 rebounds) came alive. After pulling Brooklyn to within striking distance, he hit the dagger 3 in the final minute for the Nets’ first lead of the game. They’re just one game out of first place in the East, but this game was just a microcosm of what ‘The Beard’ has become in his new Brooklyn home.

Notorious for being a ball-hog who shoots too much, the Beard’s new identity is proving otherwise. Harden is 18th in the league in scoring this season, but his assist numbers? They rank number one. If Harden truly is embracing his role as the NBA’s assist leader, the Nets could be Finals bound.

Celtics Survive 43 From Joker: Nikola Jokic poured in 43 points Tuesday night in Boston, but Jamal Murray had nine turnovers in a 112-99 loss to the Celtics.

LeBron Carries LA Without AD: LeBron James put up a 30-point double-double Tuesday night to take down the T-Wolves (112-104) sans Anthony Davis. The Lakers have won 8 of their last 10.

The Aussie Gets Ousted 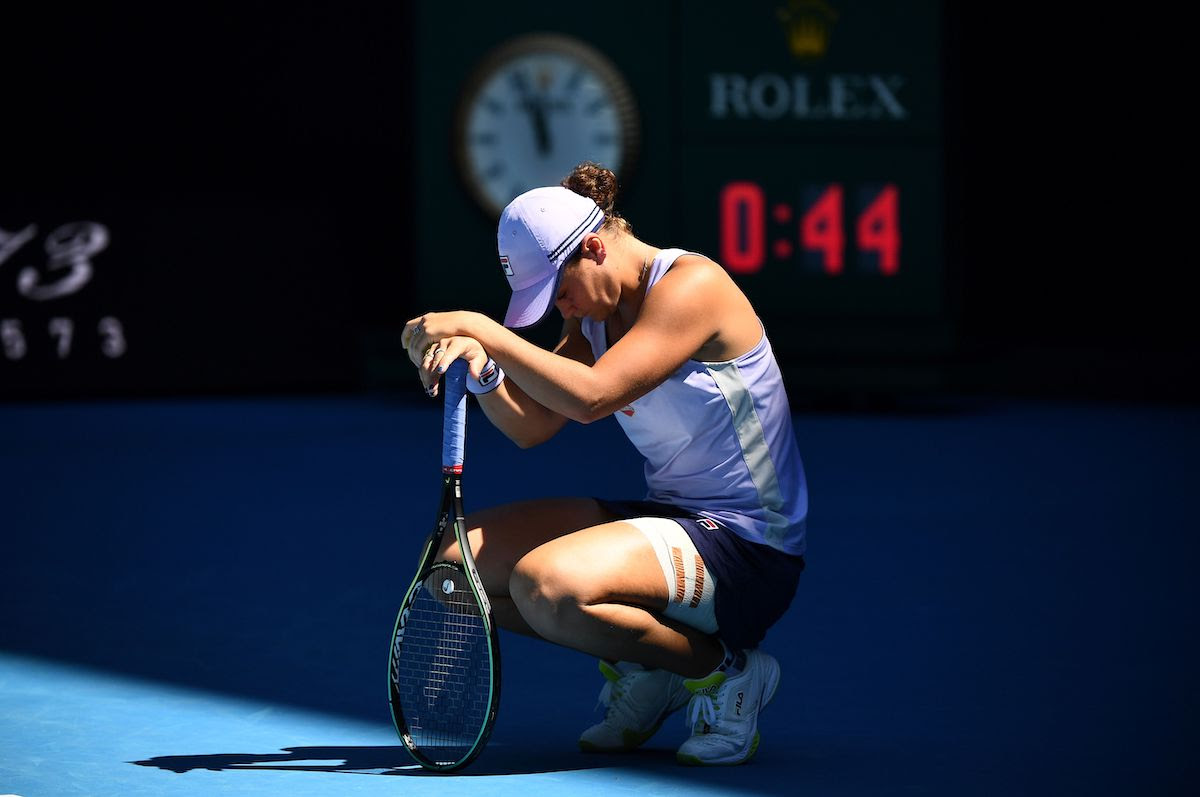 Women’s Bracket: It was Ashleigh Barty’s tournament to lose, and lose she did. The top-ranked Australian was the last hope for her country to finally see a home-grown talent claim the Australian Open crown after 43 years. Barty won the first set convincingly, 6-1, before 24-year-old Czech star Karolina Muchova called a nine-minute medical timeout. Muchova returned and rallied in Sets 2 and 3, completely flipping the match momentum. Barty’s loss means (10) Serena Williams and (3) Naomi Osaka are the last remaining top-20-ranked players in the women’s bracket. 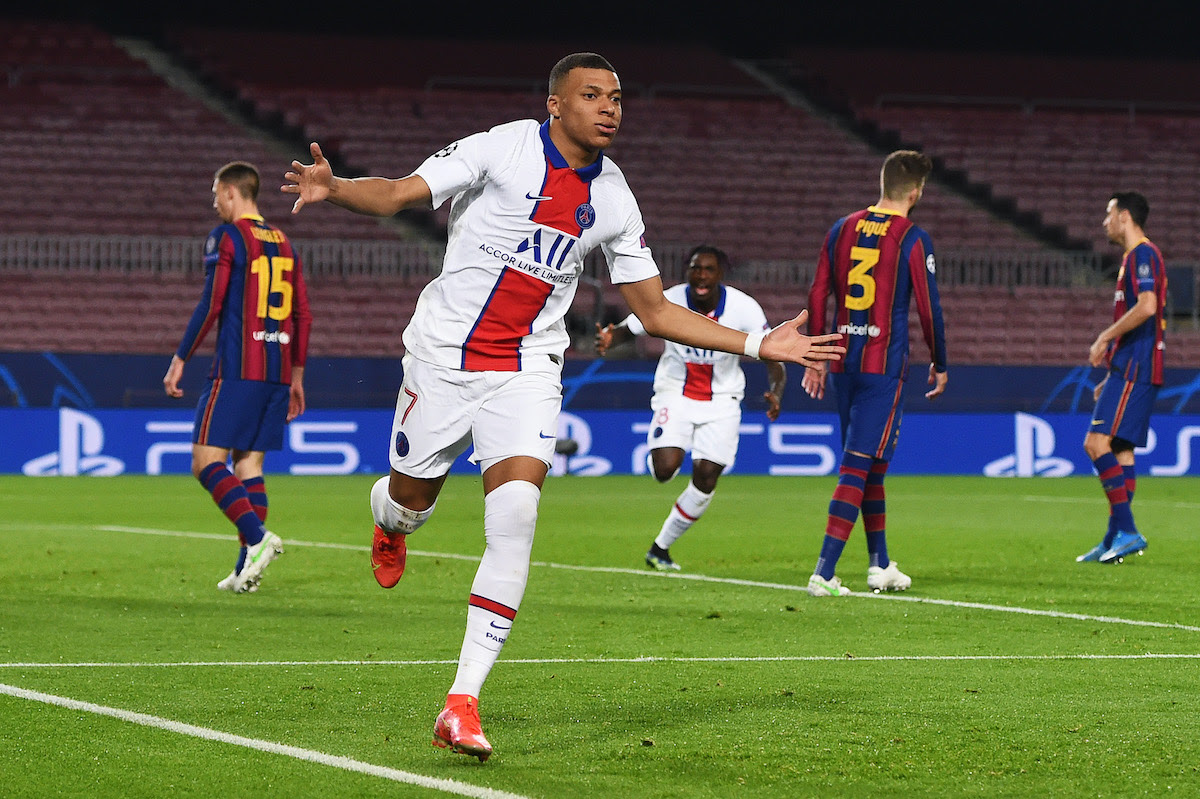 The Champions League returned with some of the biggest clubs in Europe taking the pitch on Tuesday, and the road teams won both. PSG stormed into Camp Nou and routed Barcelona (4-1) behind a hat-trick from superstar Kylian Mbappe. Barca scored first on a Lionel Messi penalty strike (’27), but PSG’s 22-year-old dominated for the final 60 minutes. Up in Germany, a five-minute surge from Liverpool broke the tie against RB Leipzig (2-0). Mo Salah (’53) and Sadio Mane (’58) both scored to help the Reds claim a significant Leg 1 advantage. There’s more action today…

How to Dethrone the Tampa Bay Bucs

Some clubs are much closer to title contention than others, but let‘s try to help them all. As we approach the official start of the 2021 offseason, here’s one thing each of the Buccaneers’ NFC foes needs to do to unseat the reigning champs. (CBS Sports)

Eleven months after Major League Baseball told its players, fans and executives to scatter, they have returned to Florida and Arizona – tentatively hopeful, relieved there is any baseball at all, wisened by several months of living through pandemic protocols. (USA Today)

Three-point shooting is dictating outcomes more than ever before, and there isn’t much defenses can do to stop it. The NBA is taking the “make-or-miss league” maxim to an extreme, injecting increased randomness into an already scattered season. (The Ringer)

February’s unique blend of tennis, soccer, basketball and hockey continues with a doozy of a sports slate today. Things get crazy about 10:00 pm ET tonight. Here’s what we’re watching: