Inside the Minds of Selection Sunday

Yesterday was a wild ride for sports. We’ve got it all.

Inside the Minds of Selection Sunday 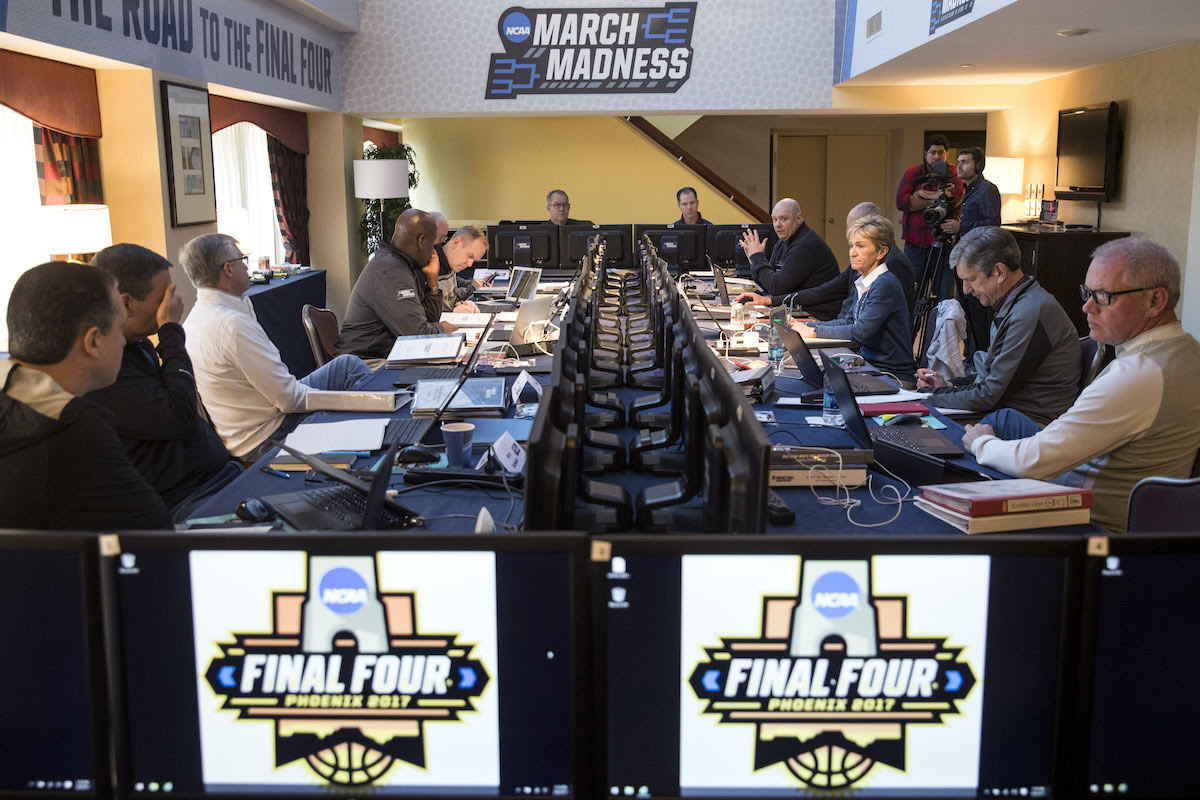 By Connor Groel: How the Committee’s History Could Impact the 2021 NCAA Tournament

With Selection Sunday fewer than three weeks away, it’s becoming clear which teams are safely in the March Madness field and who will be anxiously awaiting their fate as this year’s bracket is announced. Here are a few trends to watch out for that might provide hints to what the committee will do with those final few spots.

Makeup of the Committee

The NCAA Tournament selection committee has 10 members who serve staggered five-year terms. Traditionally, six of those members came from mid-major conferences, with the remaining four from high-major conferences. That changed when Creighton AD Bruce Rasmussen was appointed to the committee in 2013, just before the university moved from the Missouri Valley to the Big East.

For the next five years, the split between high and mid-majors was 5-5, and unsurprisingly, the number of mid-majors receiving at-large bids fell. The 2018-19 season was the first after the mid-major conferences regained their 6-4 advantage on the committee.

There was an immediate shift with Belmont receiving an at-large bid. It was the first time the Ohio Valley had sent two teams to March Madness since 1987. Obviously, there was no tournament last season, but if the committee continues to favor mid-majors, things would look good for both Loyola Chicago and Drake to make the Big Dance out of the Missouri Valley.

Some other mid-majors on the bubble are VCU, Saint Bonaventure, Saint Louis, and Richmond in the Atlantic 10, and Boise State, Colorado State, and Utah State in the Mountain West.

Many college basketball fans hate seeing teams with losing records in conference play and overall records not far above .500 making the tournament. However, as the NCAA has moved from the RPI to the NET and started taking advanced metrics such as KenPom ratings and BPI into account, a team’s record is less important than in years past.

Especially with shorter non-conference schedules this year, expect to see more teams in March Madness with records closer to .500 overall. A group of Big Ten teams including Maryland (13-10), Minnesota (13-10), Rutgers (12-9) and Indiana (12-10) are all very much in the tournament conversation.

The Importance of Quality Wins

If both mid-majors and high-majors with weaker records likely have better chances this year, who might find it harder to make the tournament? That would be power conference teams who haven’t shown an ability to beat top competition.

The committee is looking for schools that have taken advantage of their opportunities to pick up quality wins. When the margins between playing in March Madness and the NIT are tight, it isn’t good enough to beat up on the bottom half of a conference and then roll over when faced with a challenge.

A team like Louisville is probably in the tournament right now. But at 0-4 in Quadrant 1 games, the Cardinals could run into trouble if they go on a losing streak down the stretch. A lack of strong wins is also an issue for Xavier, Connecticut, and Syracuse.

These factors could all be in play as the selection committee decides what teams will play for a championship this season. Of course, the best way to guarantee a spot in the field is always to just keep winning. A team that automatically qualifies by winning their conference tournament leaves nothing up to chance. And if there’s one thing we know about Selection Sunday, you don’t want to put your fate in the hands of the committee. 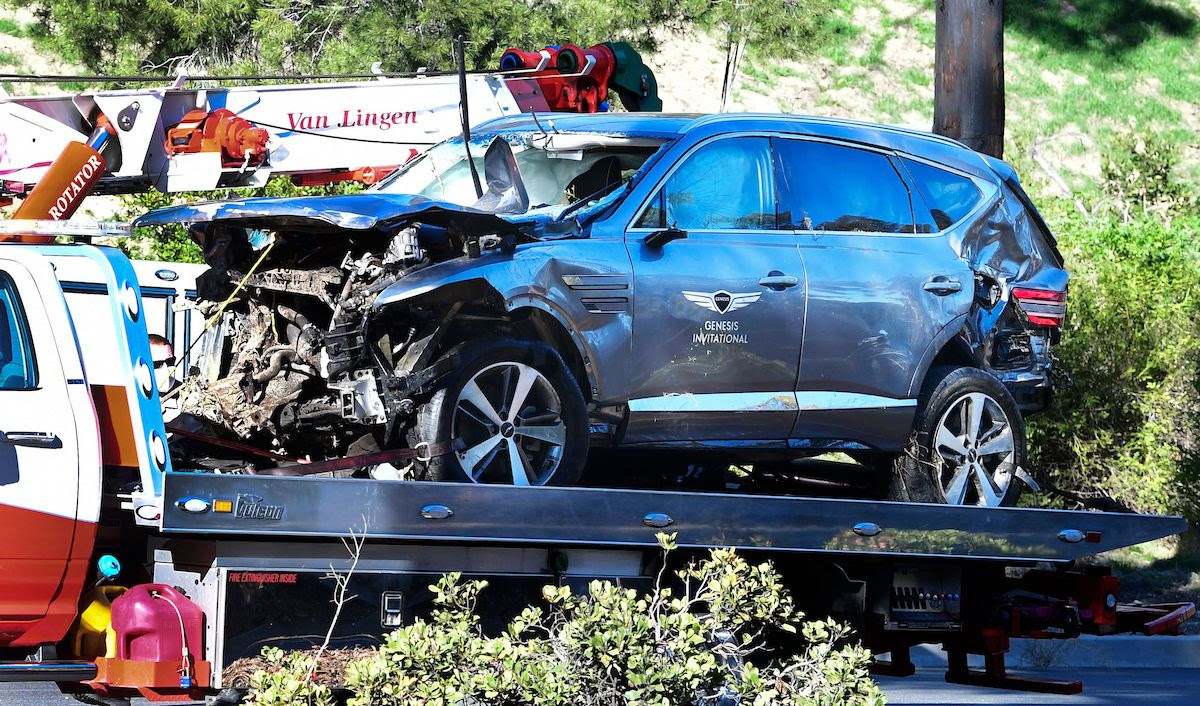 It was just last weekend when CBS broadcaster Jim Nantz asked Tiger Woods about his health, and if he would play in The Masters this spring. His response? “I sure hope so.” That won’t be the case this April. Woods was involved in a one-car crash just outside of Los Angeles on Tuesday. His SUV crossed a median before hitting a tree and rolling into a ditch. He was trapped but still conscious when first responders arrived.

Woods was the host of last weekend’s Genesis Invitational, but he didn’t play due to a recent back surgery. He appears to be in stable condition, but he suffered a shattered ankle in one leg and a series of fractures in the other. Golf fans are just relieved his injuries aren’t life threatening.

Here’s to hoping Tiger Woods, the greatest golfer of all time, will one day play again.

Breaking Down the All-Star Reserves 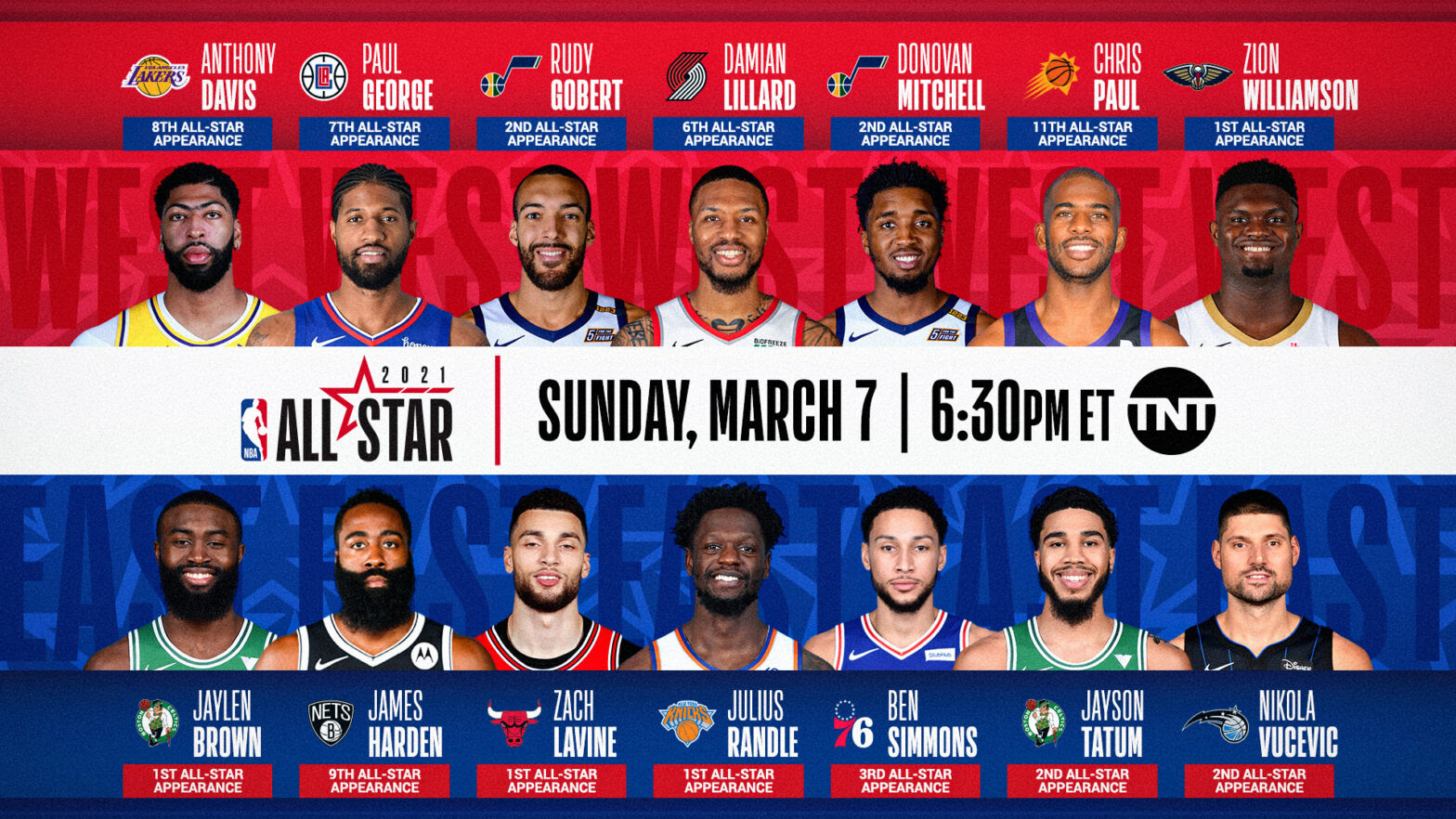 Ah, the annual all-star snub conversation has finally arrived. The NBA revealed the starters for this year’s All-Star Game last week before announcing the reserve rosters yesterday. As always, some notable names were left on the list. It’s an impossible task to decide 24 players who get the nod, but those just on the cusp will have to wait another year.

A Goal for the Ages 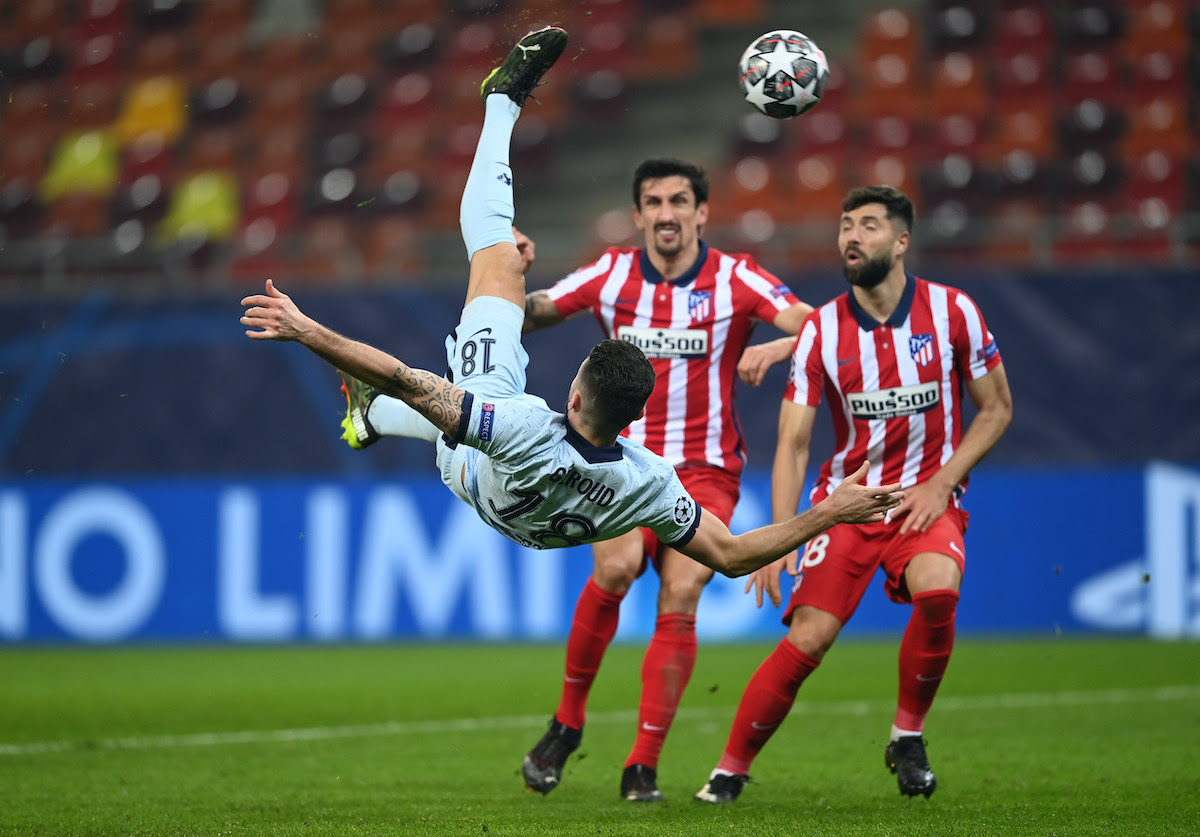 A stunner of a day in the Champions League! The titleholders Bayern Munich extended their UCL unbeaten streak to 17 matches with a 4-1 win over Lazio on Tuesday. Four different Bayern players scored in the first 47 minutes of action. Over in Madrid, Chelsea were 1-0 away winners over Atletico Madrid thanks to a magnificent bicycle kick from Olivier Giroud. If you watch one highlight today, show Giroud some love. Action continues this afternoon.

The Guardian: Giroud’s Goal Wasn’t Just Stunning — It Was a Piece of Pragmatism

The Mavericks topped the Celtics (110-107) on a heroic game-winning 3 by Luka Doncic with 0.1 seconds left. Doncic finished the night with 31 points and a near triple-double.

The Miami Marlins made MLB history with the hiring of the league’s first female GM in November. Now she’s calling the shots in spring training, but she’s been here before. (USA Today)

Aaron Rodgers didn’t win another Super Bowl this year, but he’s about to take a 10-show victory lap as a guest host on Jeopardy! beginning April 5. (Sports Illustrated)

The Brooklyn Nets are the hottest team in basketball, and they proved it this week with a record-setting 5-0 road trip against the West — the longest by an Eastern Conference team since 2010. (Sporting News)