We’re in the middle of a three-day football palooza. The NFL’s big weekend didn’t disappoint, but we’ll crown a champion in college football tonight. Let’s get you caught up on a wild weekend in sports.

8 out of 500+ participants correctly picked all six NFL games in The Sportsletter’s Super Wild-Card Pick’em contest (yours truly went 5/6). Congrats to those who are smarter than the sportswriter. Check your email today for more info. 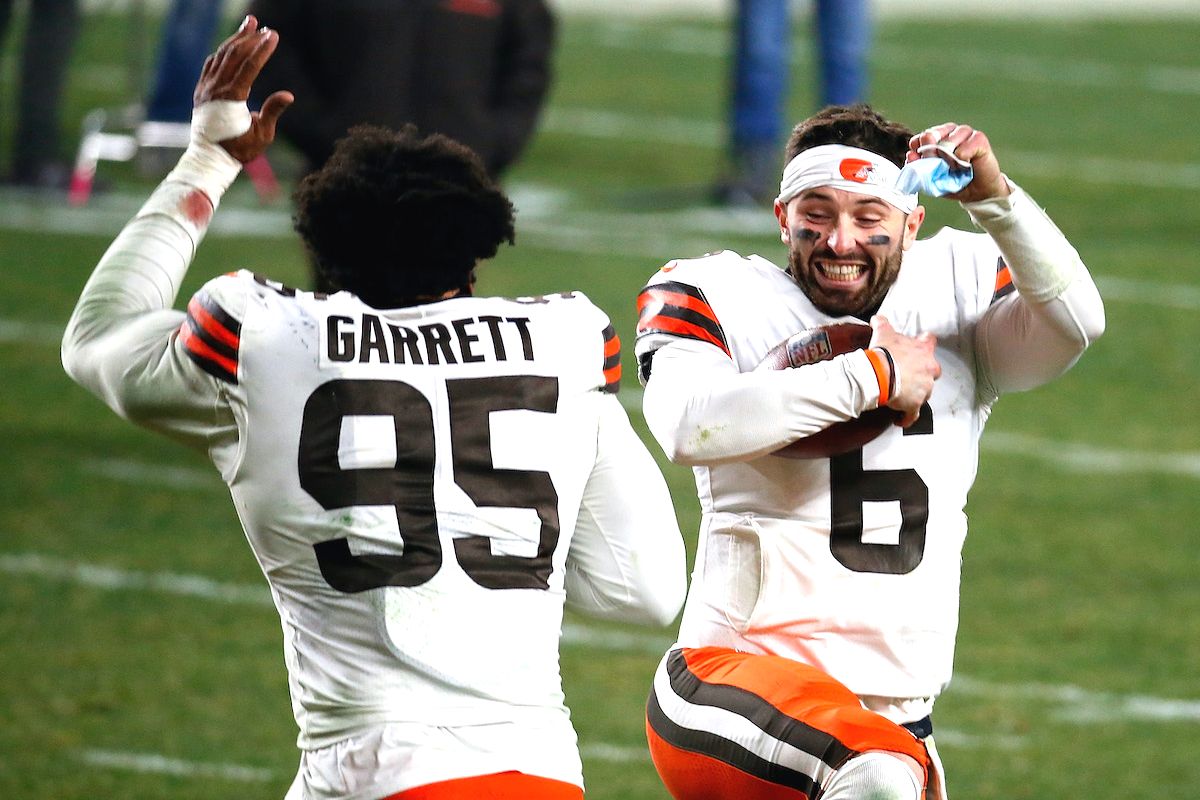 And then there were eight! The NFL’s first-ever Super Wild-Card Weekend was chock-full of drama. Each of the six games were decided by a dozen points or less, and no 3-seed or 4-seed teams were winners. The Cleveland Browns (26 years), Buffalo Bills (25 years) and Tampa Bay Bucs (18 years) all said goodbye to some of the NFL’s longest active winless streaks in the postseason. We’ll start with Cleveland’s record-breaking game, in more ways than one…

Browns def. Steelers (48-37)
Don’t let the scoreline fool you. The Browns went up 28-0 on the Steelers in the first 13 minutes before Pittsburgh finally woke up, but the Cleveland offense was just too much. QB Baker Mayfield threw for 263 yards and 3 TDs while his running backs, Nick Chubb and Kareem Hunt, combined for 200-plus yards. It’s their first playoff win since 1994 when Bill Belichick defeated the New England Patriots.

Ravens def. Titans (20-13)
Payback, thy name is Baltimore. The Ravens got revenge for last year’s playoff loss to the Titans, and there was no love lost in this one. QB Lamar Jackson ran wild (136 yards rushing) for his first career playoff victory. The Ravens boxed up RB Derrick Henry and held him to just 40 yards on the ground. A late game-sealing interception by Baltimore led to a logo dance at mid-field, and postgame pleasantries were seemingly nonexistent. The Ravens have won six straight.

Bills def. Colts (27-24)
QB Josh Allen’s case for MVP continues. The Bills watched a double-digit lead shrink in the final minutes, but Allen put together a masterpiece in his first playoff win — 324 yards through the air and 54 yards on the ground with 3 total TDs. Buffalo hadn’t claimed a playoff victory since 1995, but their 24-year-old quarterback is playing as well as anyone.

Saints def. Bears (21-9)
The biggest point spread among the wild card games belonged to the Saints. New Orleans needed a second-half explosion before Chicago’s garbage-time score as time expired. The Saints dominated in time of possession (38:58 to 21:02) while the Bears failed to move the ball all day. QB Drew Brees was solid (265 yards, 2 TDs) while RB Alvin Kamara rushed for 99 yards and a touchdown. The Saints’ win sets up an NFC South meeting next week between the NFL’s top two all-time leaders in passing touchdowns — Brees and Brady.

Bucs def. Washington (31-23)
Speaking of Brady, Tom led Tampa Bay to its first playoff win since 2002 on Saturday night. Washington’s backup QB Taylor Heinicke nearly played spoiler with a sensational performance, but Brady (381 yards, 2 TDs) would not be denied. With the win, TB12 is now 31-11 in the playoffs with wins against 17 different teams. No other quarterback in NFL history even has 17 total postseason wins.

Rams def. Seahawks (30-20)
It’s pretty hard to beat a a familiar foe in the third meeting, and the Seahawks found that out on Saturday. Neither team had much success through the air, but Rams’ rookie RB Cam Akers had 30 total touches for 176 yards and a touchdown. Los Angeles head coach Sean McVay improved to 37-0 when leading at halftime. In the last 40 years, the Rams have gone to the Super Bowl every time they’ve scored 30-plus in an opening-round playoff win (1999, 2001 and 2018).

Eight teams remain. We’ll run it back this weekend. 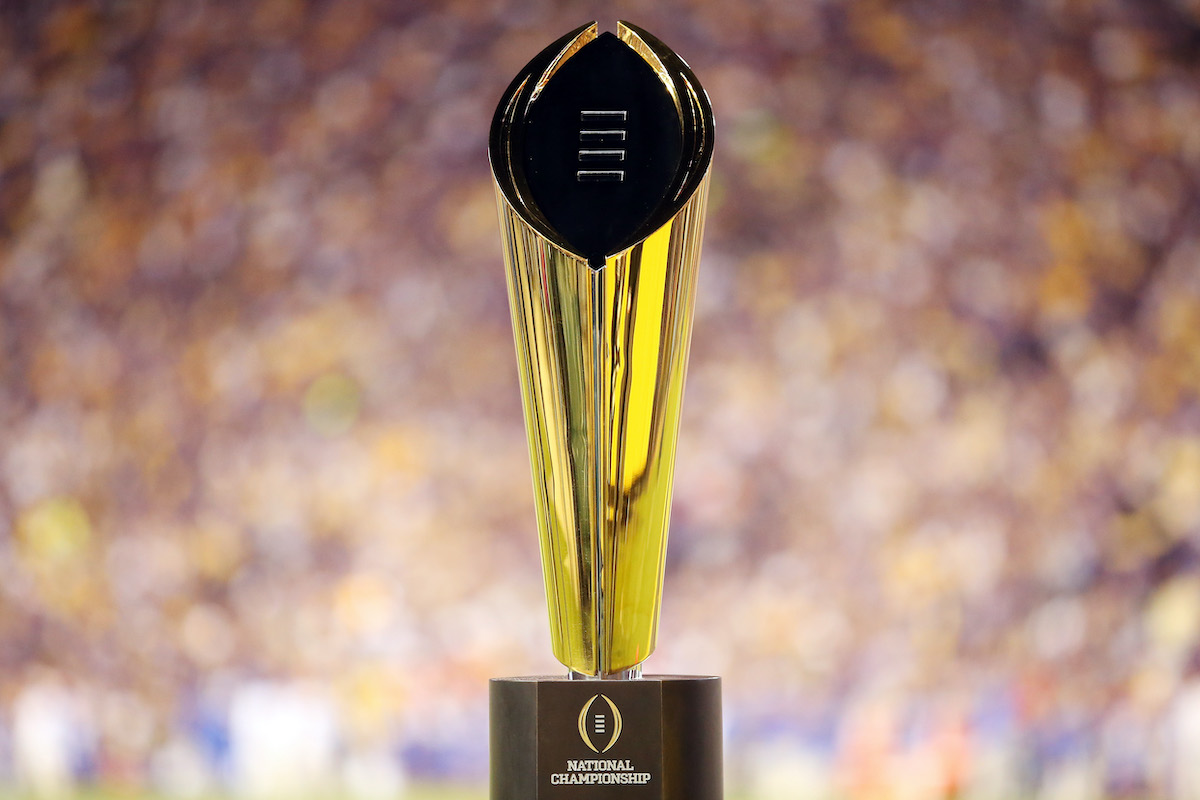 It’s the big one. The National Championship Game brings a conclusion to the most bizarre season in college football history tonight. #1 Alabama and #3 Ohio State meet at Miami’s Hard Rock Stadium for a clash that features two unbeaten teams and a total of nine projected first-round draft picks. The Crimson Tide are 8-point favorites after a week where the Buckeyes have dealt with COVID-19 issues along with a rib injury to QB Justin Fields.

Alabama CFP History
The Tide roll into tonight’s game with 17 national championships, the third-most in the history of college football (since 1869). Alabama participated in four of the six college football playoffs since 2014, including two championships in 2015 and 2017. A win tonight would be their sixth title in the last 12 seasons.

Ohio State CFP History
The Buckeyes take the field tonight with 8 national championships. They’ve qualified for three of the six college football playoffs since that inaugural title game, but it’s their first championship appearance since winning it all in 2014. Tonight marks head coach Ryan Day’s first showing in the National Championship.

The big one kicks off tonight. Will it be another banner for Alabama’s dynasty or a return to the top for Ohio State’s new regime? We’ll crown a champion in tomorrow’s edition.

The Weekend of LaMelo 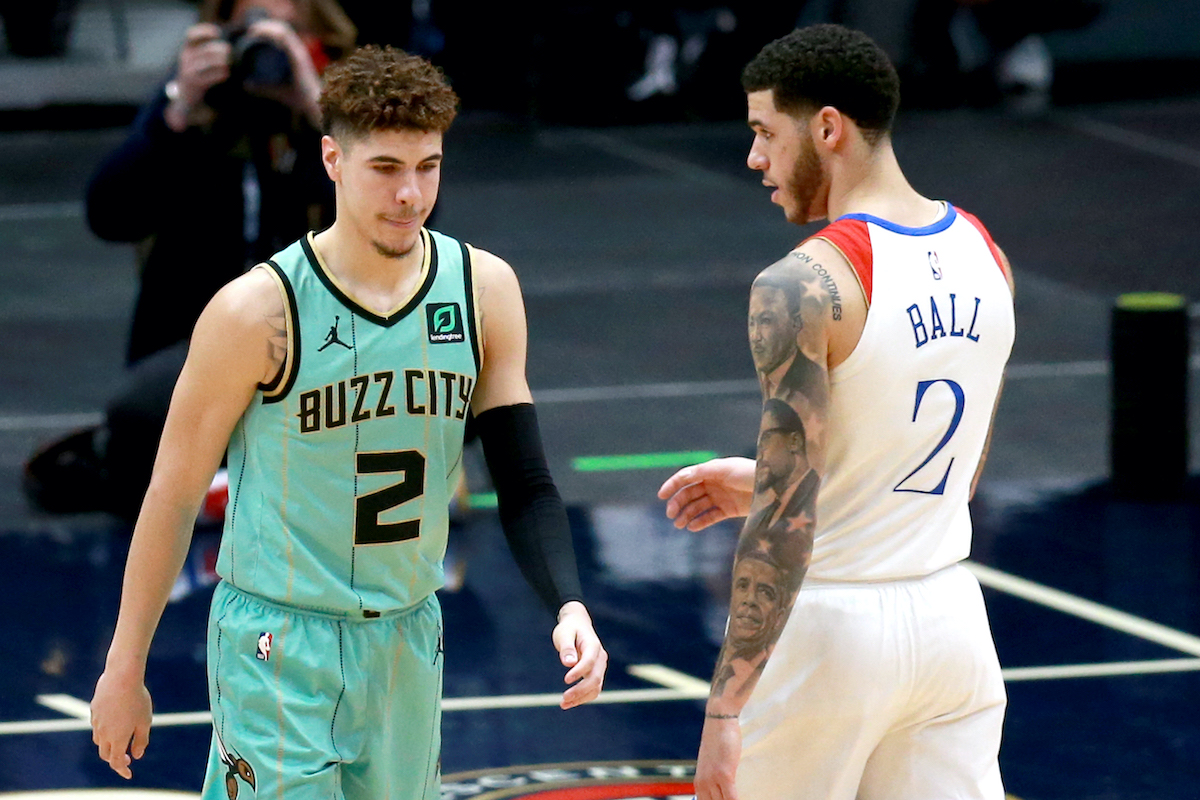 The No. 3 pick in last year’s NBA Draft officially announced his arrival over the weekend. LaMelo Ball outplayed his brother Lonzo in the first meeting of the Ball brothers on Friday — Hornets beat the Pelicans (118-110). LaMelo was one assist shy of a triple-double in that game. One day later, he got it (22 pts, 12 rebs, 11 asts) in a win over the Hawks (113-105). LaMelo became the youngest player in NBA history with a triple-double (19 years, 140 days), and he came off the bench.

Kyrie Irving’s Mysterious Absence: Kevin Durant returned to the Nets over the weekend, but Kyrie Irving continues to make headlines by missing games for personal reasons. Unnamed sources have claimed Irving simply “did not want to play” following the attacks on the U.S. Capitol.

Celtics-Heat Postponed: The second COVID-19 outbreak of the weekend occurred in Boston where the Celtics were going into Sunday’s game without nine players. After talking with the NBA, Boston and Miami agreed to postpone the game. 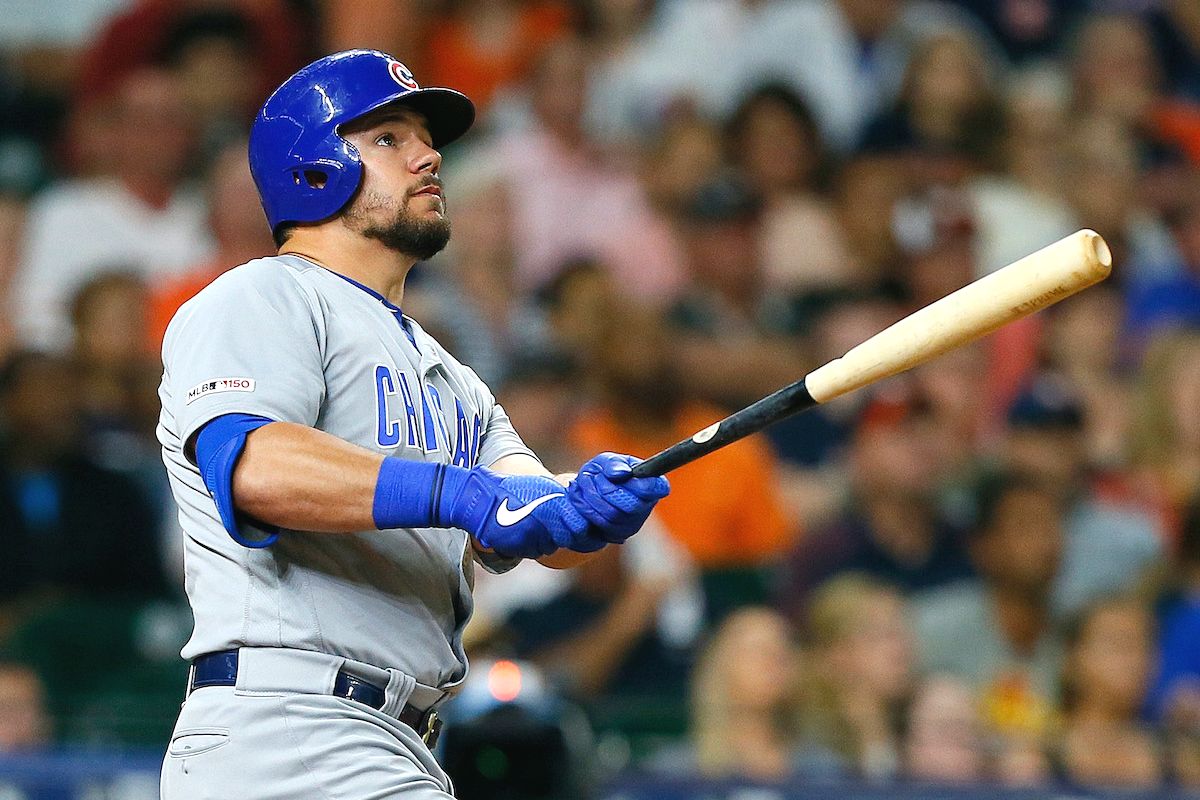 The eerily quiet MLB free agency market continues bunting its way through the winter after the Nationals signed ex-Cubs slugger Kyle Schwarber on Sunday. Schwarber reunites with Nationals manager Dave Martinez. The two were together in Chicago when the Cubs won the World Series in 2016. Schwarber’s deal is reportedly around $10 million for one season, and this being our MLB headline showcases just how slow the league’s free agency market has been this offseason.

🏀 NCAAM: Jones Wins It For Texas
Andrew Jones, the Texas guard who was diagnosed with leukemia in 2018, made a game-winner to give #4 Texas a win over #14 W. Virginia on Saturday night (72-70). The senior also hit the 1000-point milestone for the Longhorns in the game.

🏀 NCAAW: Stanford Stays Unbeaten
The top-ranked Stanford women’s basketball team stayed undefeated (10-0) on Friday with a 70-63 win over conference rival No. 11 Oregon. The Cardinal has now defeated No. 11, No. 6 and No. 10 in three of the last four games to retain the top spot in the country.

⚽️ Soccer: Bayern Goes Down
Bayern Munich fell to Borussia Monchengladbach (3-2) in Saturday’s Bundesliga action. It was Bayern’s first loss across all competitions — German and International — since September 27, 2020. They lost just twice in the 2020 calendar year.

⛳️ PGA: Harris English Wins Sentry
After seven years without a win on the PGA Tour, Harris English carded a back-nine run of four birdies in five holes to break the drought Sunday at the Sentry Tournament of Champions in Hawaii.. The 31-year-old defeated Joaquin Niemann in a playoff hole after a 25-under tournament score.

🏀 Is It Time for NBA to Bubble Up?
Last month, I asked Adam Silver about the NBA’s fallback plans—specifically, a return to a similar bubble-like environment that allowed the league to safely complete the 2019–20 season—should the COVID-19 pandemic become too disruptive. (Sports Illustrated)

🏈 The Emotional Toll on College Football
Bruises, breaks and tears are typical to any season. But during this uniquely manufactured year, concerns over physical health and safety have been dwarfed by worries over how the weekly grind of conducting team activities through COVID-19 has taken an emotional toll on players. (USA Today)

⚾️ MLB Teams are in a Spending Freeze
There is an industrywide suspicion that the slow and cold free-agent market is about to go subzero — even slower — because of who has been involved in the biggest deals so far and the choices that were made in those trades. (ESPN+)