The Return of the Tide

12 years. 6 championships. A title game that was never in doubt.

We’ve come a long way since the start of the most uncertain season in college football history, but Alabama is back where they belong.

The Return of the Tide 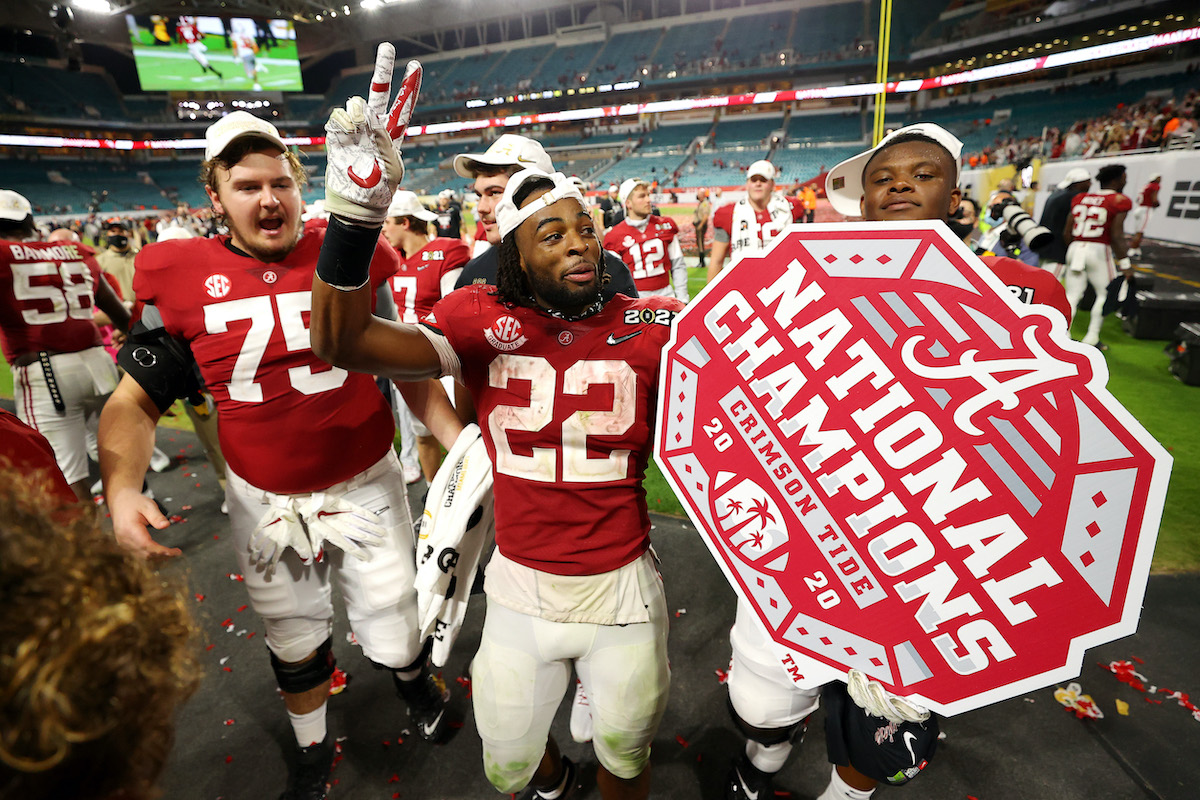 QB Mac Jones to WR DeVonta Smith, over, and over and over. The Alabama offense was absolutely unstoppable in last night’s CFP National Championship, and that firepower didn’t slow down even after Smith and Jones were impacted by injuries in the second half. The Crimson Tide pushed Ohio State to a 21-17 deficit before an all-out clinic of offensive perfection. They extended the lead to 11, then 18, and eventually to the point of no return. Bama scored touchdowns on 7-of-11 possessions, and the Crimson Tide reign supreme in the college football world once again.

Bama in the Record Books
The Tide laid claim to their 18th national championship in school history, and it was the 6th in the last 12 seasons. Head coach Nick Saban also secured his 7th championship as a head coach to pass Bear Bryant for the most all-time in college football history. They went 13-0 this season, including 11 games with 40-plus points, and they weren’t even challenged outside of the SEC title game against Florida (52-46).

How the Tide’s Offense Rolled
We’ll start with last night’s finale where Bama tallied 621 yards of total offense, including 33 first downs and nearly 40 minutes of ball control. After a handful of starting players on offense opted to return for their senior seasons, the Tide had one goal in mind since the beginning of August — winning a title, convincingly. Their offensive execution (48.5 ppg) was better than LSU’s historic offensive season just one year ago with QB Joe Burrow. Oh yeah, and Smith — the Heisman Trophy winner — broke every SEC receiving record in the book. Last night was an unleashing of anything else that was left in the tank…

The Alabama Crimson Tide, overwhelming champions of the most unique season, return to the throne of college football. 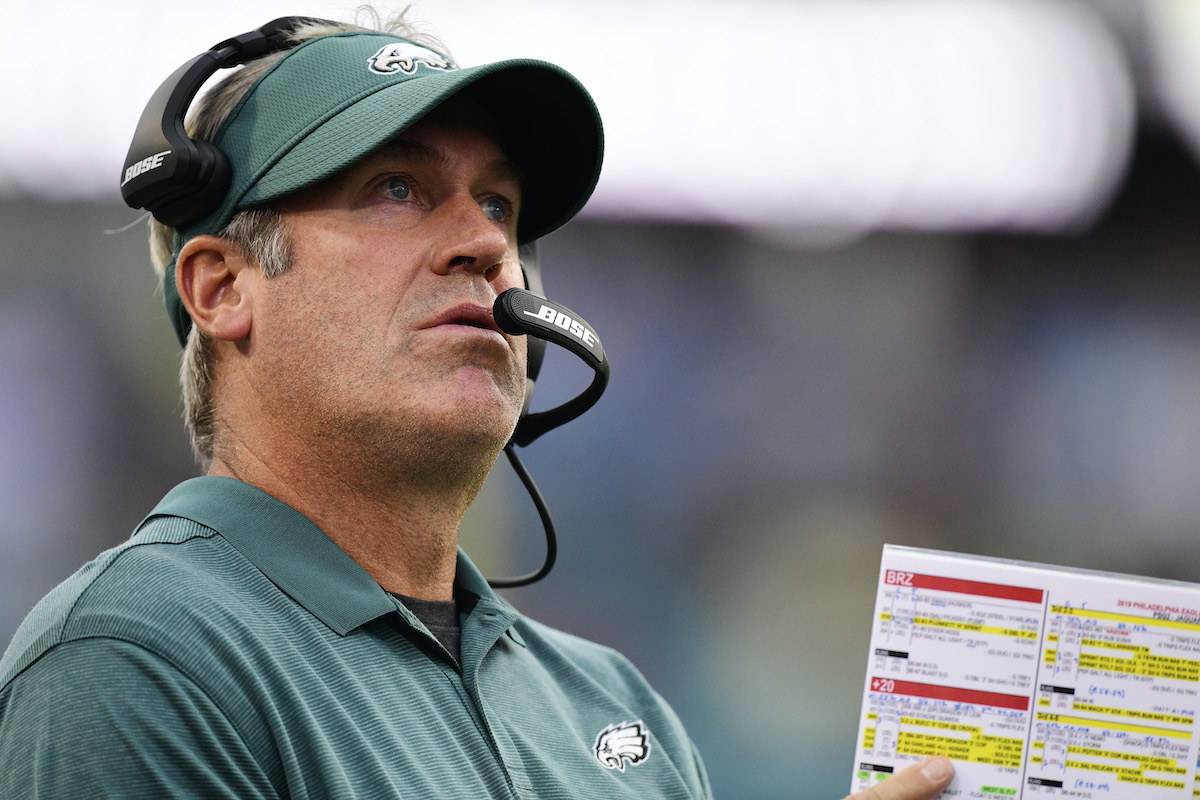 In a surprising-but-not-surprising move, the Philadelphia Eagles fired head coach Doug Pederson on Monday. The decision came one week after Black Monday — the typical departure date for coaches to begin an offseason rebuild. Team owner Jeffrey Lurie reportedly didn’t see eye to eye with Pederson’s long-term vision, specifically regarding the quarterback decisions around Carson Wentz and Jalen Hurts. The news is particularly jarring for a team just three years removed from winning the first Super Bowl in franchise history in 2017.

What’s Next for the Eagles?
As soon as Pederson was fired, reports surfaced that Wentz’s relationship with the team may have been saved. The question now is what coaching candidate has interest in a job that starts with a quarterback controversy, not to mention that the last head coach won a championship and made the playoffs in four of his first five seasons before getting fired. Early replacement candidates include Eric Bieniemy (Chiefs), Brian Saboll (Bills) and Lincoln Riley (Oklahoma).

Bubble-less NBA is Nearing A Crossroads 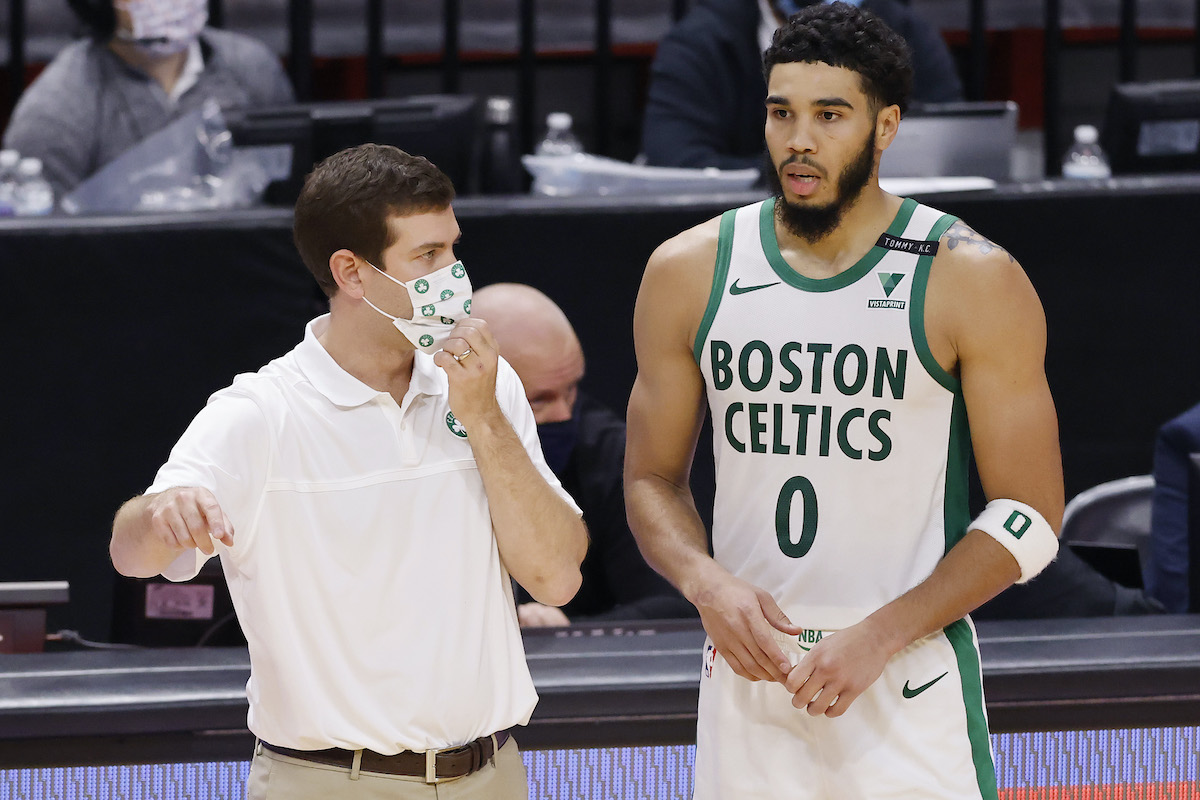 After the weekend brought our first postponed NBA game of 2021 due to COVID-19, Monday arrived with two more, and the league’s mess is picking up speed. The Pelicans-Mavericks and Celtics-Bulls games were postponed after significant positive tests and inconclusive contact tracing made it impossible to play Monday. Unlike the NFL or MLB, NBA teams cannot have sufficient replacement players ready from minor leagues or practice squads due to the nature of back-to-backs and travel schedules. The Sixers played just seven guys on Sunday, and the Celtics were ready to take the floor without eight players on Monday. After just ten games, the bubble-less NBA season is far from over.

Hornets Get Hot: The Charlotte Hornets (6-5) are winners of four in a row after a 2-5 start, with much of the credit due to new additions LaMelo Ball and Gordon Hayward. Hayward had 34 points in last night’s 21-point win over the Knicks. Ball scored just 8 points but he recorded 14 rebounds, 7 assists and 3 steals.

Beal-v-Booker: The Wizards were finally winners again after a 3-game skid. Washington knocked off Phoenix (128-107) in a back-and-forth shootout between Bradley Beal (34 points) and Devin Booker (33 points).

🏒NHL Point Projections for All 31 Teams
With four revamped divisions and a shortened 56-game schedule, here’s how the oddsmakers are betting the NHL’s 31 teams will fare this season. (Sports Illustrated)

🏀 Life Outside the Bubble
COVID-19 positives, multiday quarantines, and contact-tracing-related absences are starting to add up. After separating itself from the outside world for its restart, the NBA is now feeling the realities brought on by the pandemic. (The Ringer)

🏈 What We Learned From NFL Playoffs
Lamar Jackson finally won a playoff game, the Browns demolished the Steelers and Nickelodeon’s broadcast of a game for children offered a welcome distraction. (NY Times)