With little action on Tuesday night, we turn our focus to recapping the 2020 NFL season. In 255 out of 256 games, history was made… By everybody.

Yesterday’s Kobe Bryant tributes took over the sports world. You can see our Kobe Tribute on Twitter (a thread) or read last year’s Underdog story — Kobe Bryant: A Mentality Immortalized.

With little action on Tuesday night, we turn our focus to recapping the 2020 NFL season. In 255 out of 256 games, history was made… By everybody.

Update: The Sportsletter is currently undergoing some technical maintenance. If you notice anything unordinary or have trouble viewing today’s edition, please email our editor at jeff@TheSportsletter.com.

Inside the NFL’s 2020 Offensive Explosion 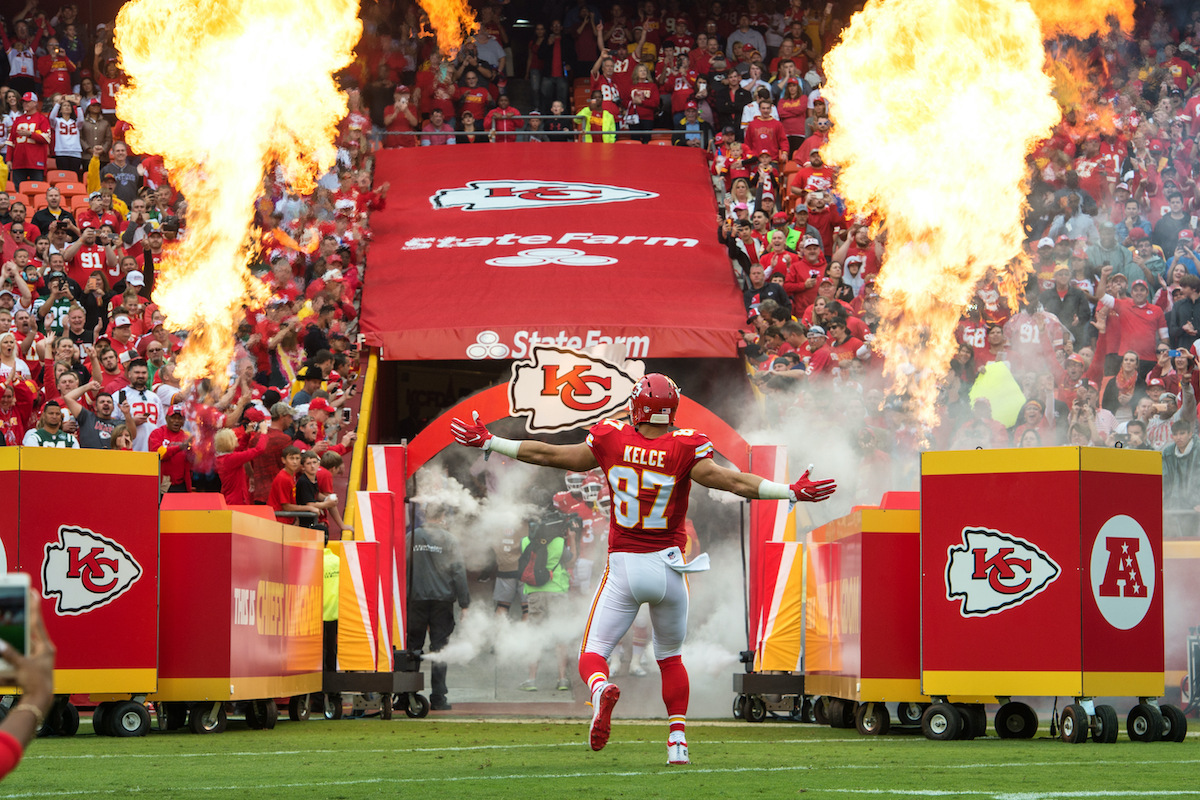 If there’s one thing we learned from 2020, it’s to expect the unexpected. Still, nothing could have quite prepared us for the surge in offense that took place during the NFL regular season. Analytical trends of increased efficiency in several aspects of the game were taken to new levels, leading to the best year for offense in league history. Let’s take a closer look at how it all went down.

A Record in Points Per Game

Ask any coach, and they’ll tell you that all the offense in the world means nothing if a team can’t turn it into points. Luckily, NFL teams had no trouble cashing in during 2020. As a whole, the league averaged 24.8 points per game (ppg) this season. 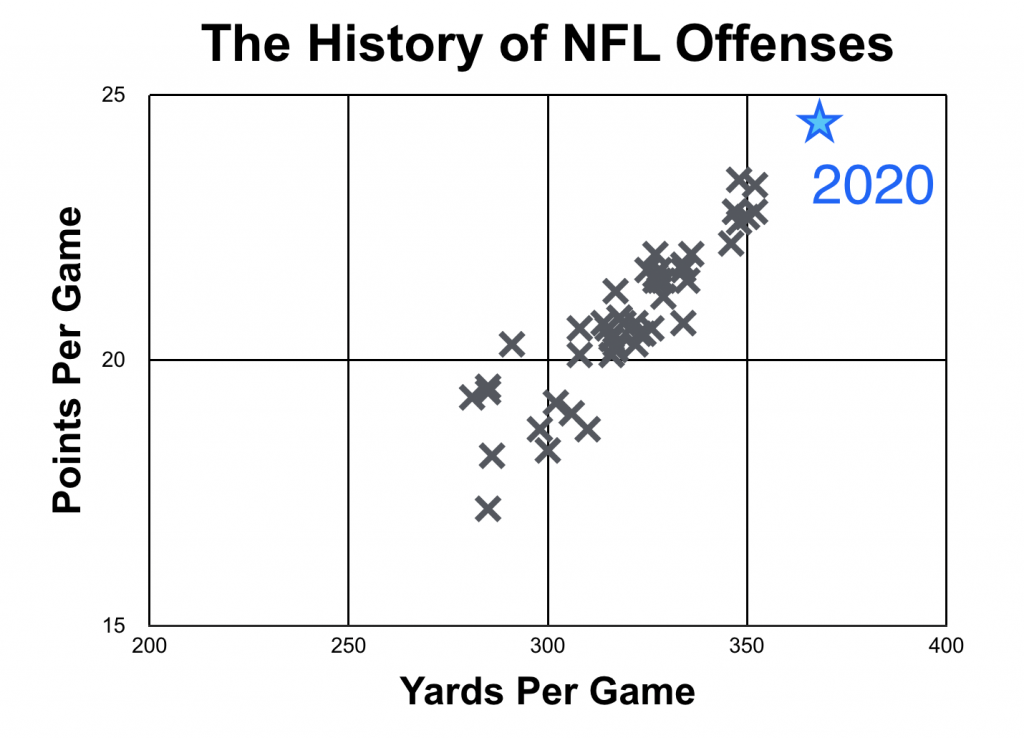 Just how impressive is this record? That 1.4-point gap between 2020’s scoring output and 2013’s is the same as the gap between the 2nd and 17th-highest scoring years the NFL has seen.

The entire league was scoring more than ever before, and that includes the top ranks. In 51 seasons since the AFL-NFL merger, the league has seen 40 teams average 30 ppg or higher. Five of those occurrences were in 2020, with the Packers, Bills, Buccaneers, Titans, and Saints all eclipsing the 30 ppg mark. Never before had more than three teams averaged 30 ppg in a season, and this builds on a growing trend of unstoppable offenses, as now half of the 30 ppg seasons post-merger have occurred in the last 10 years.

And while the lack of a preseason may have contributed to the scoring early (teams averaged an even higher 25.7ppg over the first four weeks of the season), the league never slowed down, averaging more than the previous season record of 23.4ppg in all but two individual weeks across the year.

Part of this is due to the unique combination of young and old superstar quarterbacks in the league, perhaps best exemplified by the four QBs that led their teams to the conference championships this season. In the NFC, it was the old guard of Aaron Rodgers (age 37) and Tom Brady (43), while the next generation continued their takeover of the AFC with Patrick Mahomes (25) and Josh Allen (24) leading the way.

Even beyond these four elite signal-callers, it’s remarkable to think that guys like Drew Brees, Ben Roethlisberger, and Philip Rivers still had strong seasons at the same time that Lamar Jackson, Deshaun Watson, Kyler Murray, and others continued their ascent to stardom.

Behind likely the deepest collection of quarterbacks the league has seen, the NFL set a new record for overall passer rating in 2020 at 93.6, while the average net yards gained per pass attempt reached its highest mark post-merger. Teams went on longer drives than ever before (the average of 6.1 plays per drive and 10.9 drives per game are the highest and lowest marks, respectively, since drive tracking began in 1998), and they capitalized on their opportunities. In 2020, 39.8% of drives ended with the offense scoring, more than 3% higher than the next-best year.

After all of these numbers, it shouldn’t be surprising to hear that the 2020 regular season also set a record for total offense at 359 yards per game. But while the passing game has obviously continued to lead the way, 2020 was also an amazing year for rushing attacks.

In terms of yards per carry, this season’s average of 4.41 is second all-time. And at 118.9 yards per game, teams ran for the most total yardage since 1988. All this while teams fumbled just 1.2 times per game, a new record. There may be fewer three-down backs in the league than before and a heavier emphasis on pass-catching out of the backfield, making it seem as if Derrick Henry and Dalvin Cook are the only guys going to work on the ground, but that couldn’t be further from the truth. 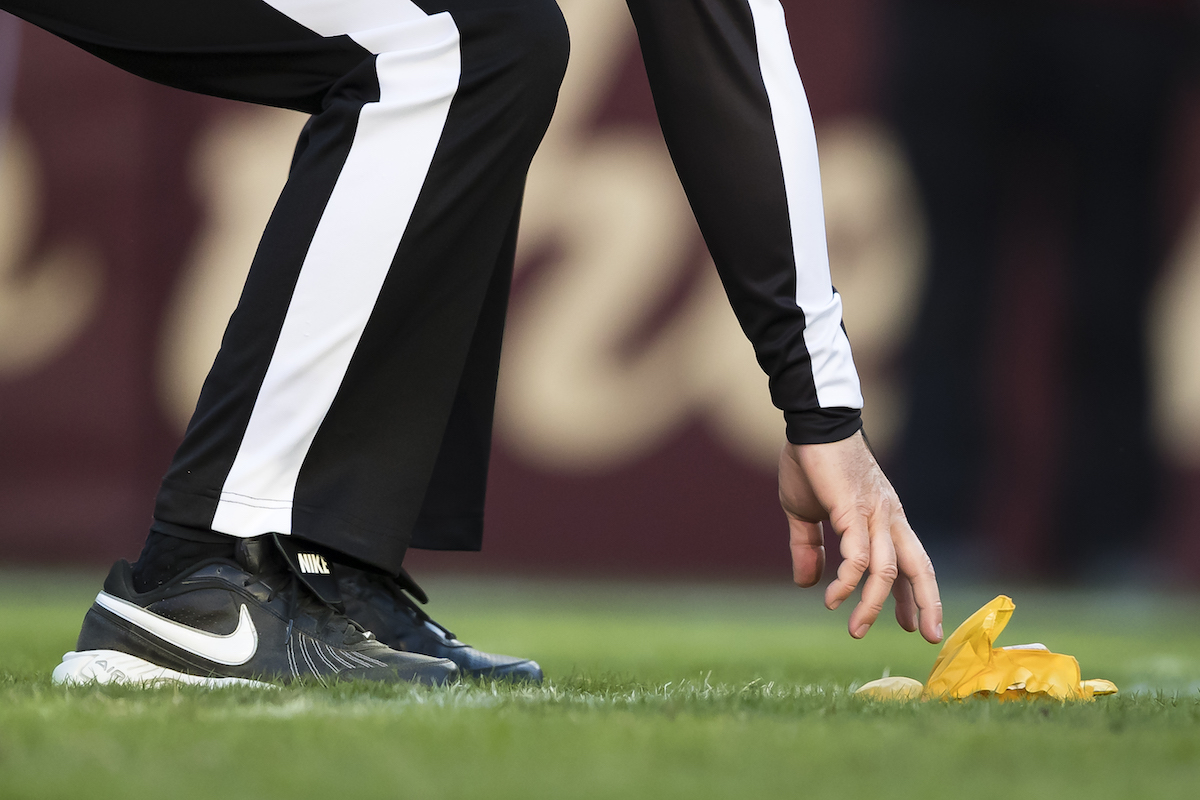 Picking Up the Flags

There are a few other factors leading to this year’s increased offensive efficiency, the first being a sharp decrease in offensive penalties. In 2020, teams were called for just 5.6 penalties per game, down more than a full flag down from the 6.7 average of each of the previous four seasons. This happened while the amount of first downs gained by defensive penalties stayed consistent with recent years at about two per game.

According to Walt Anderson, the NFL’s senior VP of officiating training and development, the league placed an emphasis on “clear and obvious” calls this year, meaning many less egregious penalties (particularly on offensive holding).

Lastly, teams continued their aggressive play-calling on fourth down, leading to more attempts and a greater success rate than in years past. Teams kept their offense on the field 658 times on fourth down. That is both a new record and a 38% increase over just five seasons ago.

The 2020 regular season produced offensive efficiency unlike any other, but perhaps the craziest part is that many of these numbers are just continuations of ongoing trends, even if they moved faster than expected. There is no reason to believe that offenses will slow down moving forward. Welcome to a new age. And defenses? Good luck.

2021 Hall of Fame Class Features… Nobody? 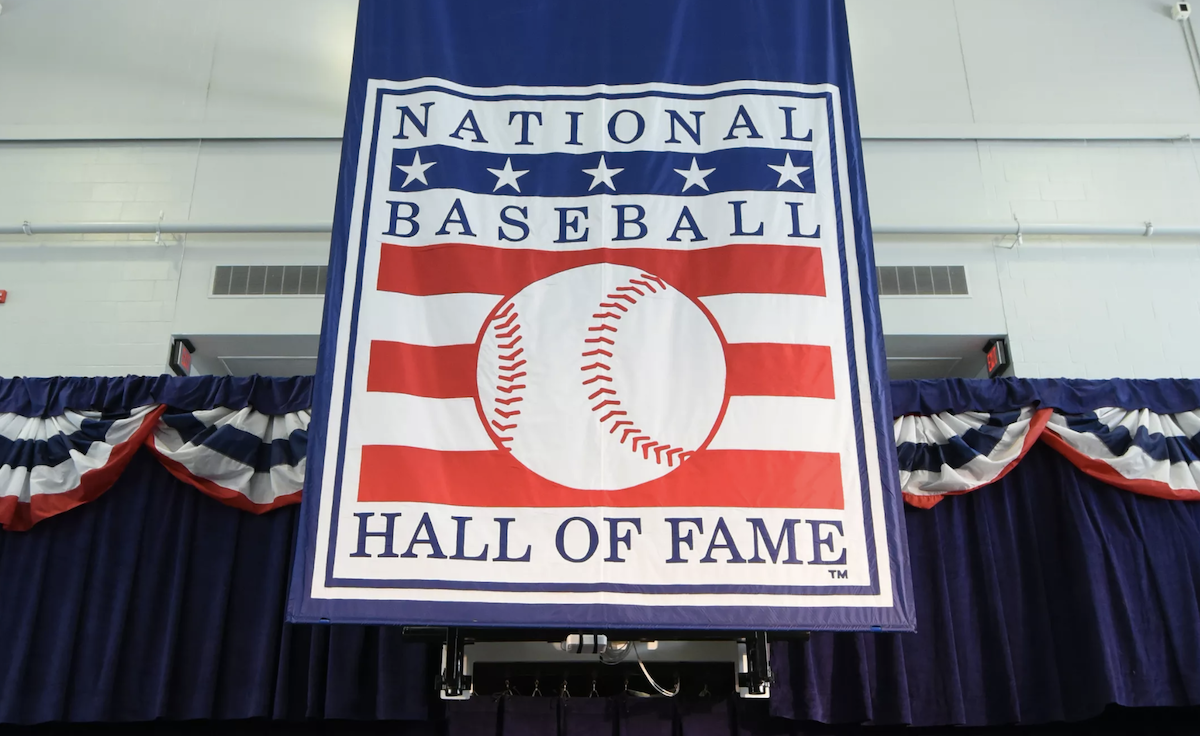 The National Baseball Hall of Fame votes were revealed on Tuesday afternoon, and this year’s class includes… nobody? That’s right. For just the ninth time in the 77-year history of balloting there will be no inductees in this year’s class. Players need to receive 75 percent of the votes from the Baseball Writers’ Association of America, and no one did. The class of nominees included a long list of players marred by the steroid era. Their play on the field may have screamed Hall of Fame, but the gatekeepers of Cooperstown — and baseball purists — hold the keys.

Curt Schilling, Barry Bonds, Roger Clemens and Sammy Sosa were all in their ninth year on the ballot (out of 10).

SI: Curt Schilling Requests to be Removed From 2022 HOF Ballot

Show Your Feet Some Love

Whether you’re very into sports, or planning on getting very into sports, Bombas can help, with performance socks in styles made specially for basketball, tennis, running, golf, and more. They’re made with a lightweight poly cotton blend, which means no matter how hard you’re working, your feet will stay cool, dry, and comfortable -– never sweaty. It’s time to get the socks that rise above the competition.

Did you know socks are the #1 most requested item in homeless shelters? Bombas socks were created to change that. For every pair you buy, Bombas donates a pair to someone in need. Now that’s a win-win.

Show your feet some love. Get 20% off your first Bombas order today.

The Jazz shredded the Knicks (108-94) on Tuesday to win their ninth straight game, and they did it with another full-team effort — not a single player scored more than 20. Utah is only 1/2 games back of the Lakers for the top spot in the West.

The Golden Knights and Blues delivered Tuesday’s best game on ice as Vegas’ Max Pacioretty tallied a hat-trick to launch a third-period comeback to force overtime, but St. Louis played spoiler with a shootout win.

Two of soccer’s biggest superstars went at it in the Milan Derby on Tuesday. Inter Milan won the match against AC Milan (2-1), but former teammates Zlatan Ibrahimovic and Romelo Lukaku provided a little extra drama.

It’s officially time to start looking at brackets. Selection Sunday is now less than seven weeks away, and with conference play in full swing, teams finally have a full enough sample size to start evaluating them. (Sports Illustrated)

🏀 What the Schedule Tells Us

We have to analyze a team’s performance in context. That’s especially true this NBA season, when schedules have been rocked by the constant, and frightening, churn of COVID-19 postponements and player absences. (The Ringer)

Packers President: “We’re Not Idiots. Aaron Rodgers Will Be Back”