QUOTE OF THE DAY
Philip Rivers

“I appreciate the referees for putting up with all my fussing. I think I was right most of the time dadgummit!”

The best trash-talker in the game walks away…

Rivers Rides Into the Sunset 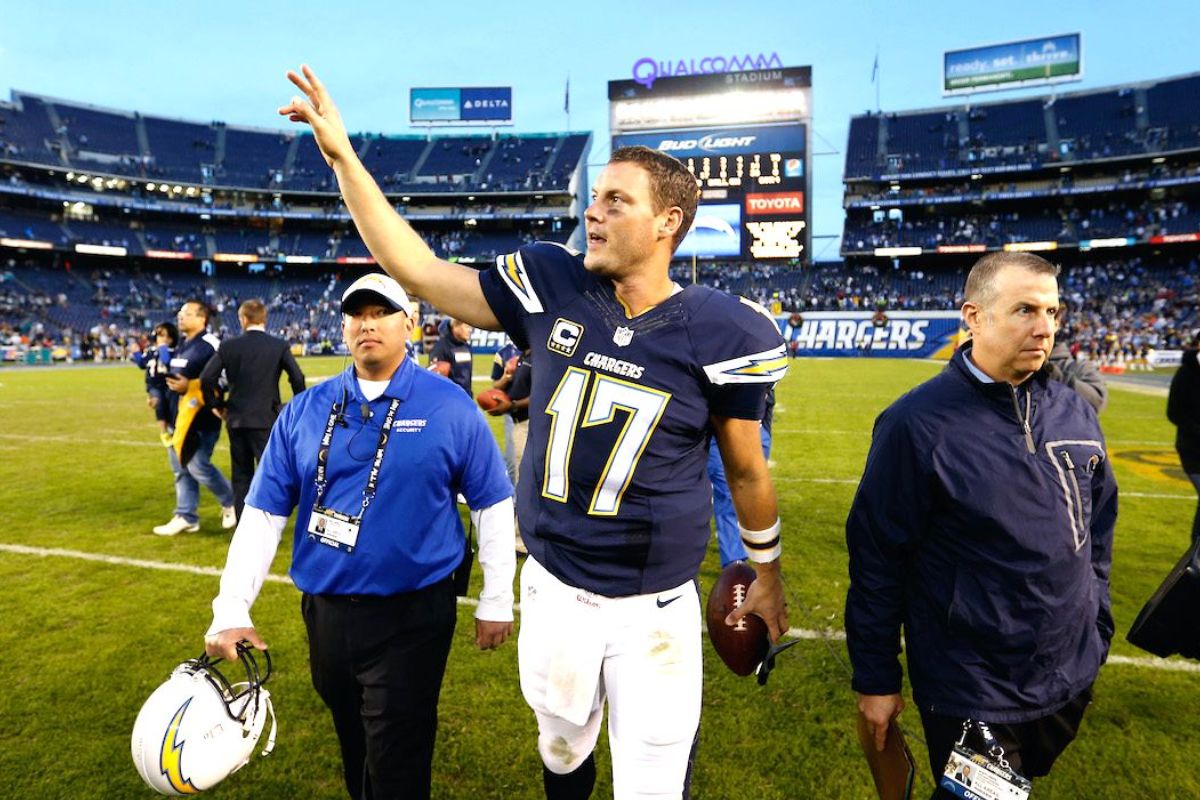 Philip Rivers officially retired from football on Wednesday. The 39-year-old quarterback is destined for the Hall of Fame after 17 remarkable seasons, 8 Pro Bowls and countless passing records with the San Diego/Los Angeles Chargers. Rivers was part of the 2004 draft class that included two other star quarterbacks at the top — Eli Manning and Ben Roethlisberger.

Where Rivers Ranks
Both Manning and Roethlisberger won two Super Bowls in their careers. Rivers hasn’t even reached the Super Bowl in 17 years, but he’s thrown for more touchdowns and yards than both Ben and Eli. He ranks fifth behind only Drew Brees, Tom Brady, Peyton Manning and Brett Favre in passing yards (63,440) and passing touchdowns (421).

“Every year, January 20th is a special and emotional day. It is St. Sebastian’s Feast day, the day I played in the AFC championship without an ACL, and now the day that after 17 seasons, I’m announcing my retirement from the National Football League. Thank you God for allowing me to live out my childhood dream of playing quarterback in the NFL.” — Philip Rivers

Rivers rides into the sunset expecting to coach high school football and spend more time with his wife and nine children. 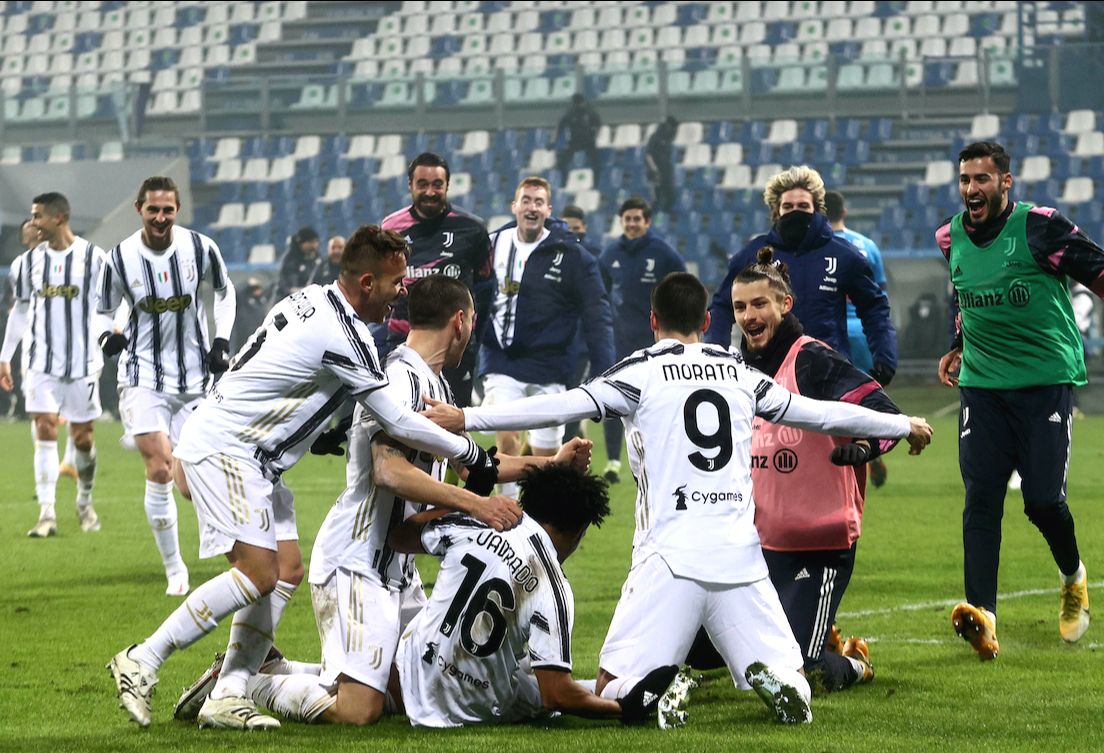 SPA: Real Madrid Shocked in Copa Del Rey
The struggles of Real Madrid continued on Wednesday with a stunning 2-1 loss to third-division club Alcoyano in the Spanish Copa del Rey. Madrid outshot the opposition 26-5, but this one is being dubbed “the biggest upset of all-time.”

EPL: Man-U Vaults Back Atop EPL Table
Manchester United needed another come-from-behind win to top Fulham (2-1) thanks to goals from Edinson Cavani and Paul Pogba. The Red Devils are back atop the Premier League table despite a win from Manchester City on the same day.

GER: American Teenager Scores Again
The 19-year-old American star Matthew Hoppe scored in a loss for Bundesliga club FC Schalke on Wednesday. It was Hoppe’s third goal in as many games since joining the lineup seven matches ago.

Rookies on the Rise 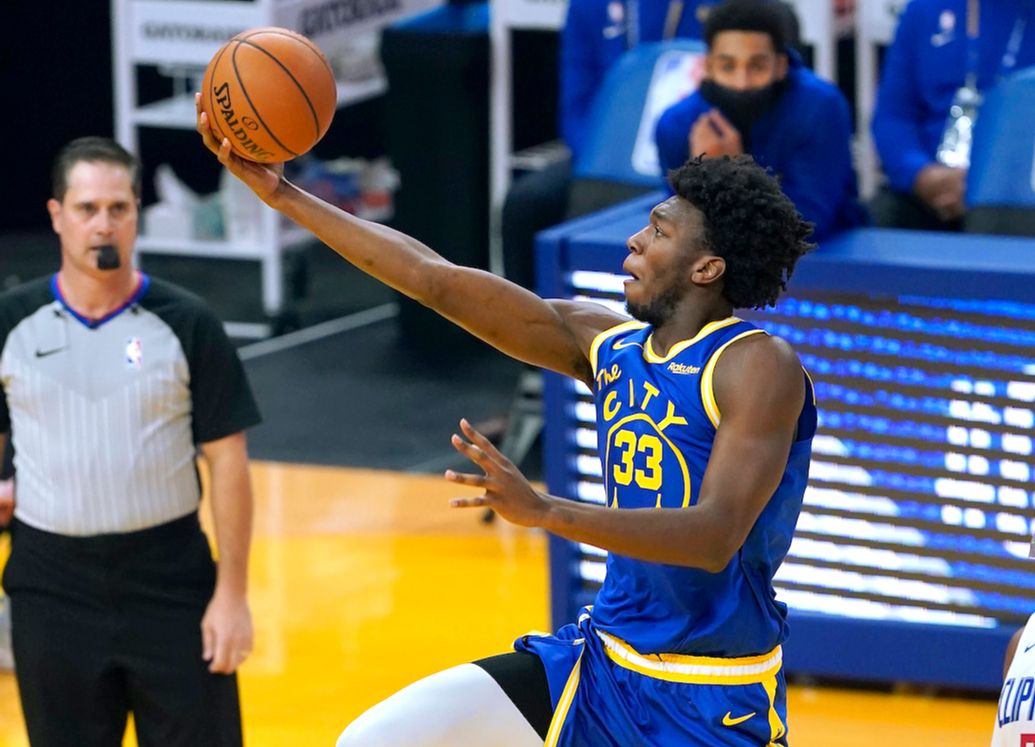 How the 2020 NBA Draft Class is Exceeding Expectations

It’s strange to think the NBA Draft was just two months ago in November, but the recent draftees are already making a big impact on a nightly basis. We’ve seen a dozen first-round picks average more than 20 minutes per night — a rare feat early in the season — and a plethora of those top picks have become crucial parts of team success.

Top-3 Picks
Since we don’t have time to dissect the entire rookie class, here are just a few who have stood out early on. No. 1 overall pick Anthony Edwards (Timberwolves) has been inconsistent, but it’s still early. After that, James Wiseman (Warriors) is starting and average double figures. LaMelo Ball (Hornets) became the youngest player in league history to record a triple-double, and he’s averaging one per 40 minutes.

Additional Storylines
NBA: The Rookie Ladder: LaMelo Ball Holds No. 1 Spot for Rookie of the Year

Nets Lose in Kyrie’s Return: The trio of James Harden, Kyrie Irving and Kevin Durant combined for 96 points in their collective debut, but the Nets lost to the Cavaliers in double OT (147-135). Collin Sexton erupted for a career-high 42 points, including 20 straight in overtime.

Embiid Bullies the Celtics: Joel Embiid had 42 points and 10 rebounds in an eastern conference showdown between the 76ers and Celtics. Philly got the win (117-109).

Clippers Win 5th Straight: The L.A. Clippers extended their win streak to five games on Wednesday with a win over the Kings (115-96). Kawhi Leonard had 32 points, and the Clips (11-4) are now tied with the Lakers for the NBA’s best record.

🏒 NHL: Vegas Stays Undefeated
Alex Pietrangelo scored his first goal with the Golden Knights on Wednesday. Las Vegas stayed undefeated on the season (4-0-0) with a 5-2 win over the Coyotes. The Lightning (2-0-0) and Panthers (2-0-0) are the only other remaining unbeaten teams.

🏒  NHL: Toffoli Nets Hat-Trick
The Canadiens lost to the Canucks in a shootout (6-5), but Tyler Toffoli tallied the fourth hat-trick of his 10-year career on Wednesday night. Montreal now has two OT losses, but none in regulation.

🏀 NCAAM: Friars Stun #11 Creighton
A big upset in the Big East! The unranked Providence Friars knocked off 11th-ranked Creighton on Wednesday with a 29-point showing from senior Nate Watson.

🏛️ NCAA Reform in the Crosshairs
As Congressional power shifts, the future of NCAA reform and athletes’ rights could lie in the hands of Congress. Will that backfire on the collegiate governing body one year after it asked lawmakers to get involved? (Sports Illustrated)

🏀 Space-Age Basketball
Good luck stopping Kevin Durant and James Harden. Brooklyn’s MVP duo has been so good out of the gate, the rest of the NBA has to hope Kyrie Irving’s return slows them down. (The Ringer)

🥊 UFC 257: McGregor vs. Poirier 2
Consider 2021 a mulligan for McGregor, who will look to get back on track in UFC 257, scheduled for Saturday. He’ll have his rematch, but it won’t be against Nurmagomedov, and it won’t be for a title. He’ll face Dustin Poirier. (ESPN)

Six high stakes rivalry games were supposed to have our attention tonight in women’s college basketball, but two of those matchups have been postponed. We still have four must-see games on the hardwood. Here’s what we’re watching:

The Sportsletter team has spoken. Almost 40% of readers think Aaron Rodgers and the Green Bay Packers are destined for Super Bowl glory. The Chiefs and Bills are a close 2nd/3rd, but few believe in Tom Brady and the Bucs.