Happy Friday. ICYMI: Detroit Lions head coach Dan Campbell is hungry for kneecaps next season. I’m both fired up and terrified. Let’s go “take a hunk” out of this weekend, shall we? 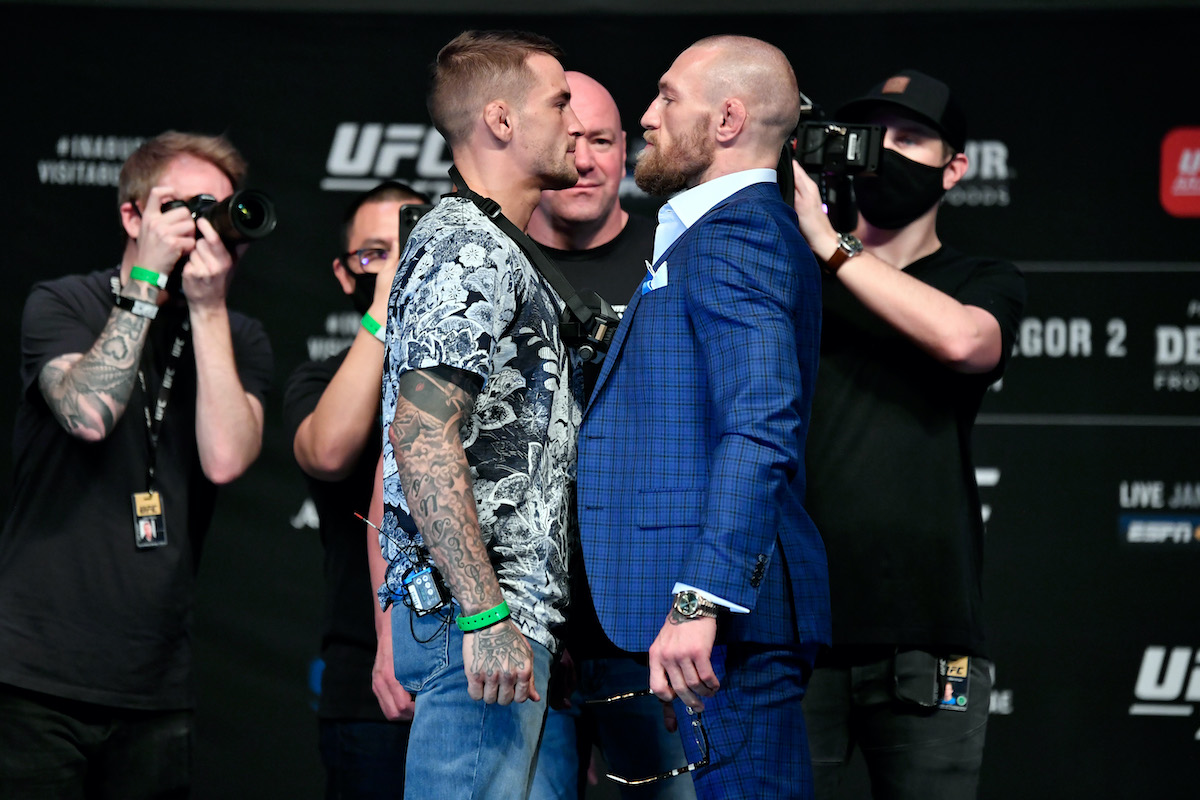 Run it back. The second edition of Conor McGregor vs. Dustin Poirier is finally here. The UFC returns to Fight Island in Abu Dhabi for UFC 257 and a rematch of two of the best lightweight fighters in the sport’s history. McGregor won the first fight in 2014 with a first-round KO in just 1 minute and 46 seconds. The first major fight of 2021 has a lot of starpower, and a lot of trash talk. Let’s go Round 2! 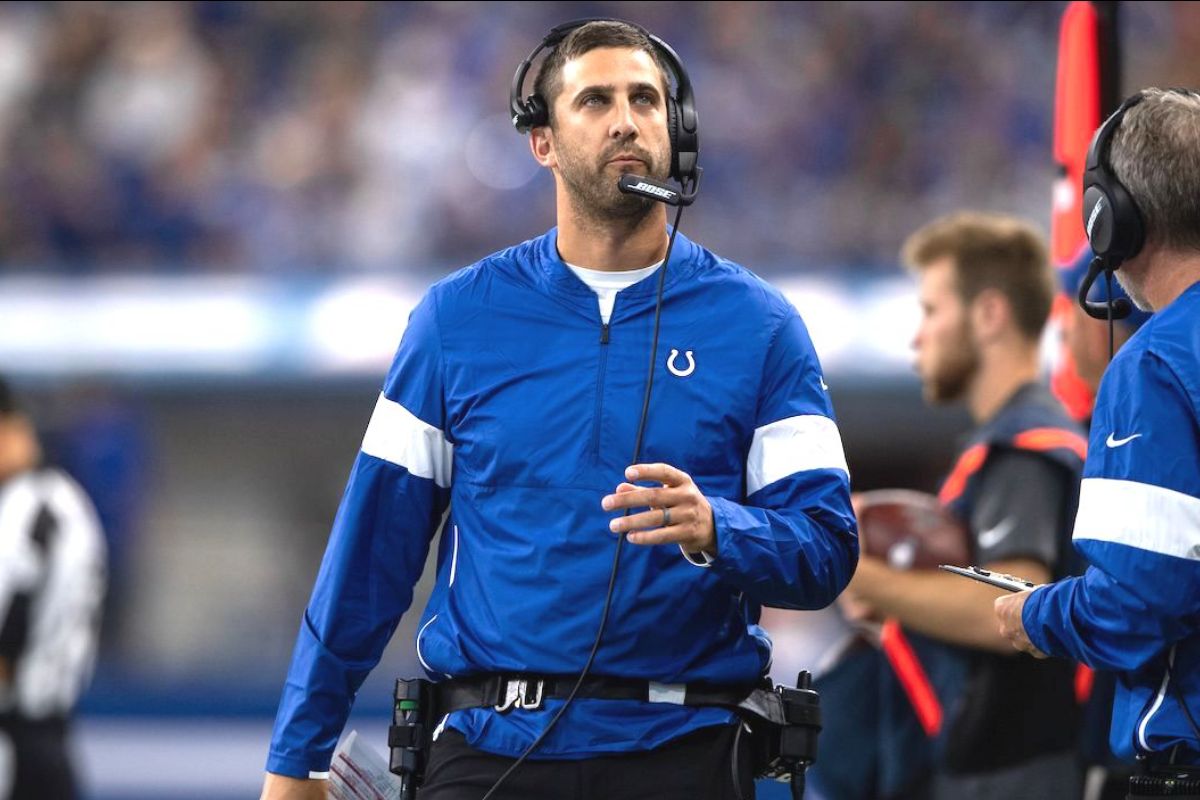 The man who can fix QB Carson Wentz? That’s what the Eagles are betting on. After an extensive coaching search, the Philadelphia Eagles hired Colts OC Nick Sirianni to replace Doug Pederson on Thursday. The 39-year-old spent 11 seasons as an offensive quality control coach, quarterbacks coach, receivers coach and offensive coordinator with the Chargers, Chiefs and Colts. He worked with QB Philip Rivers for most of the past six seasons.

Can Sirianni Fix Wentz?
That’s the big question, and one the Eagles are banking on. While Sirianni is a bit of an unknown, his relationship with Frank Reich is everything. Reich was the Eagles OC in 2017 when Wentz was on pace for MVP before suffering a knee injury. Sirianni is also widely respected for his receiver-development ability, which has been a big miss for the Eagles in recent years.

Wentz led the NFL in interceptions last season, and the Eagles finished with a 4-11-1 record. They have the No. 6 pick in the NFL Draft. The Houston Texans are the only NFL team who’ve yet to hire a new head coach. 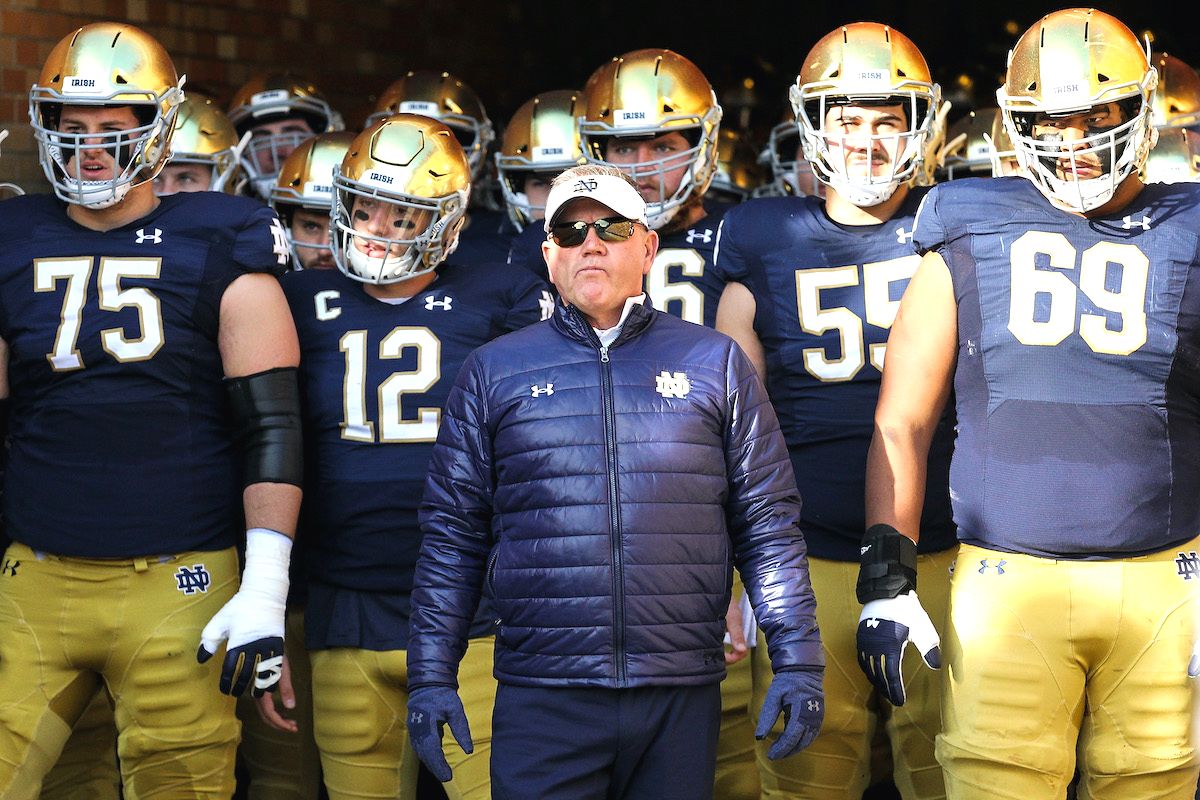 Both of the Notre Dame infractions are considered minor, but they still landed the Irish a one-year probation that will keep them out of national awards, conference championships and the College Football Playoff.

🏀 NBA: LeBron, Lakers Best the Bucks
The potential NBA Finals preview went the way of the defending champs on Thursday night. The Lakers beat the Bucks (113-106) in Milwaukee, and LeBron James had 34 points, 8 assists and 6 rebounds on a 6-for-10 night from downtown.

🏒 NHL: Debrusk Dekes for the Win
The Bruins and Flyers needed a shootout to find a winner in Thursday’s marquee matchup, and Boston’s Jake Debrusk came through. He beat goaltender Carter Hart with a fake-n-flip for the win.

🏀 NCAAM: Indiana Stuns #4 Iowa
Last night’s Big Ten stunner was courtesy of unranked Indiana. The Hoosiers stunned #4 Iowa (81-69) thanks to a 20-3 run in the second half and 23 points from Trayce Jackson-Davis.

🏈 Guide to NFL Conference Championships
The NFL’s divisional round is complete, and we’re looking forward to a really talented and interesting final four… Here is our guide to the good, the bad and the must-see for each matchup in the weekend’s pair of games. (FiveThirtyEight)

⚽️ Premier League Mid-Season Awards
Five teams are currently within five points of the league lead, we’ve had nine different teams occupying first place, and 10 are within five points of a Champions League slot. But to commemorate what we’ve seen so far, let’s hand out some midseason awards. (ESPN)

Grizzlies Have Next 3 Games Postponed Due to NBA Health & Safety Protocols
(Yahoo! Sports)

Tokyo Olympics Organizers Push Back Against Reports of Cancellation
(ESPN)

Back-to-back NFL Conference Championships hit the stage on Sunday to set up Super Bowl LV. On Saturday night, Connor McGregor and Dustin Poirier go head-to-head for the first big fight of 2021. Let’s crown some champs. Have a great weekend!