We’re spinning into February like 52-year-old Tony Hawk on a half-pipe. He’s still got it. And we’ve still got a big sports weekend ahead. Let’s get to it. 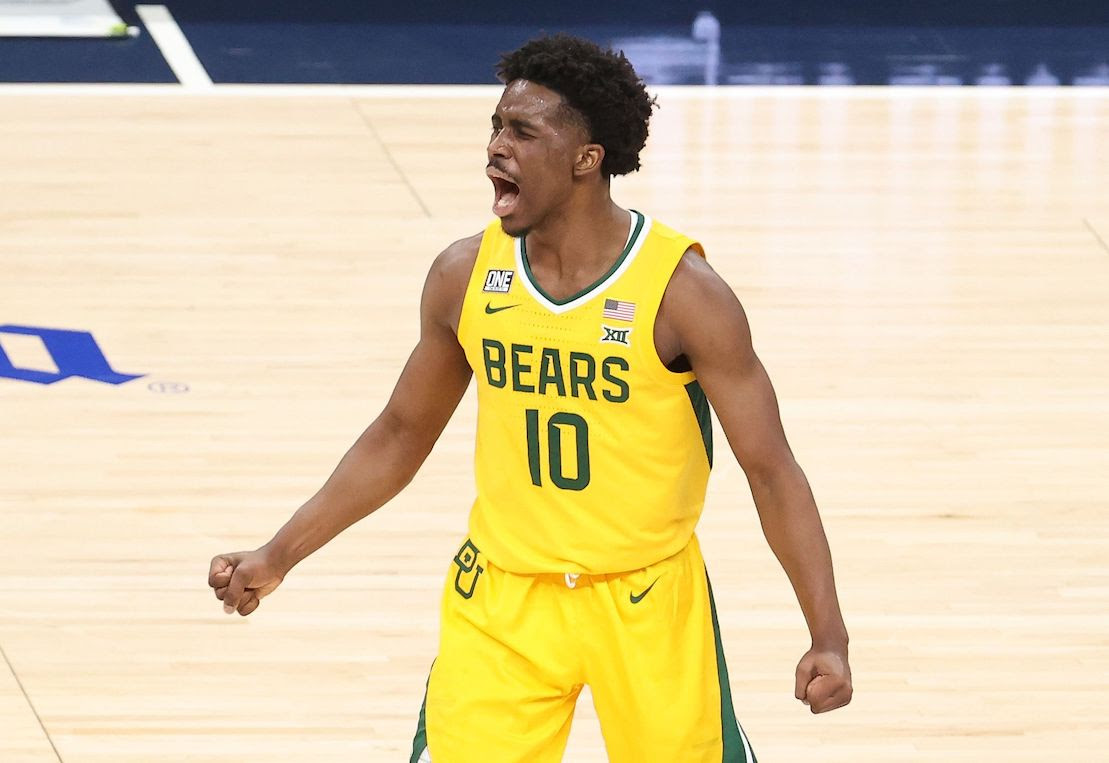 Could Multiple Teams Run the Table in Men’s College Hoops? (By Connor Groel)

We’re just over six weeks away from Selection Sunday. If you’ve been busy with the NFL playoffs, it’s about time to tune in. It’s a rarity to have five teams with a zero in the loss column this deep in the season. The idea of “running the table” starts to become more and more of a possibility, and these teams are still perfect.

First, the heavyweights. The Bulldogs and Bears are the two best teams in the country, although it’s anyone’s guess as to who deserves that top spot. Positive COVID-19 tests in the Gonzaga program robbed us of a matchup between these squads in December, leaving us to only hope that they meet in the NCAA Tournament. An undefeated title game, perhaps?

#1 Gonzaga is probably the likeliest team to be perfect on Selection Sunday. This is a battle-tested team, whose victims so far include top-ten teams in Iowa, Virginia, and Kansas. For the Bulldogs, the quest for an undefeated regular season could come down to their season finale; a tough road game at BYU.

#2 Baylor has been tearing through the Big 12, but they still face challenges. A game at #5 Texas on Tuesday will be a huge test, as will visits to #24 Oklahoma, #11 West Virginia, and #15 Kansas.

Alabama A&M had played just two games prior to SWAC play starting on Jan. 16. I wouldn’t count on them to stay undefeated much longer, but why not root for a miracle?

Washington Post: Undefeated Gonzaga Is Staring Down History, But Its Final Exam Won’t Arrive Until March 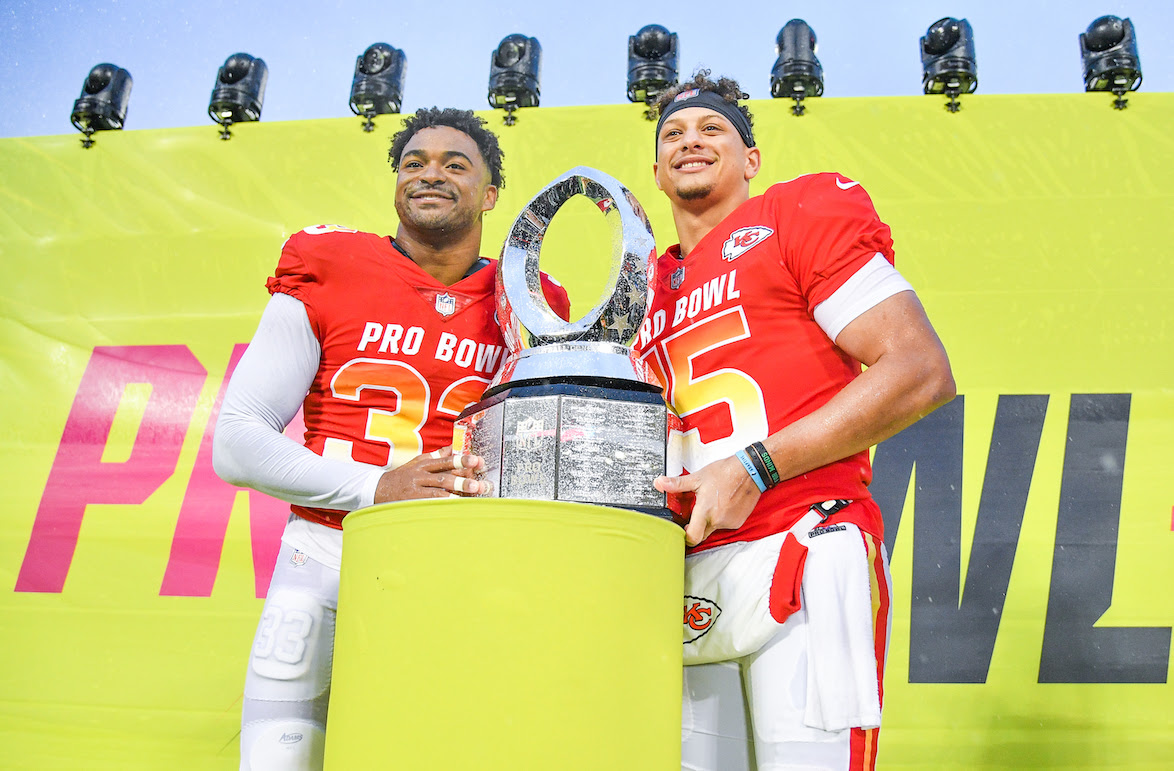 The year of unordinary circumstances continues with another unique celebration this weekend — the NFL Pro Bowl. This year’s game is a digital affair using the Madden 2021 video game. The league will hold a celebratory event at 3:00 pm ET on Sunday before a live-streamed competition involving two current players and two celebrities on each team. The AFC team features Deshaun Watson, Derrick Henry, Keyshawn Johnson and Snoop Dogg. The NFC team features Kyler Murray, Jamal Adams, Marshawn Lynch and Bubba Wallace.

Sporting News: Everything to Know About the Virtual Madden Pro Bowl 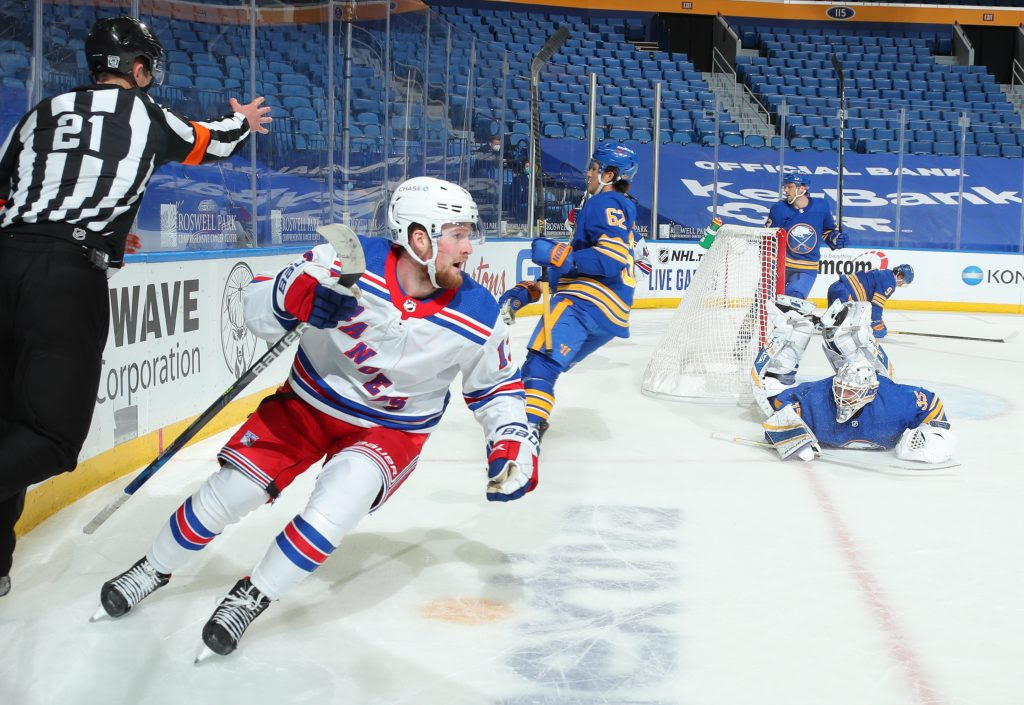 The New York Rangers won on Thursday for the first time in five games, and how it happened was nothing short of NHL history. Alexis Lafreniere, the No. 1 overall pick in the 2020 NHL Draft, scored his first NHL goal in overtime to secure the win (3-2). Lafreniere beat Sabres’ goaltender Colin Blackwell just 2:47 into the extra period, and he became the first No. 1 pick to have his first goal go down as an OT-winner.

Stars Stay Undefeated: Dallas stayed unbeaten (4-0-0) with a 7-3 shellacking of the Red Wings on Thursday. The Stars’ seven goals came from seven different sticks, and they’re 4-0-0 for the first time in a over a decade.

Leafs Leap Ahead: Toronto edged out Edmonton on Thursday (4-3) to claim their seventh win of the season and take a big leap ahead of the field due to scheduling conflicts. No one else in the NHL has more than five wins.

NBA: The Heat Are Going Cold

The Miami Heat were losers again thanks to the Clippers on Thursday night (109-105). No player from either team scored more than 20 points. The Heat (6-12) have lost five in a row and eight of their last 10 after reaching the NBA Finals last fall.

Liverpool’s resurgent attack was too much for Tottenham in yesterday’s marquee Premier League matchup. The Reds notched a 3-1 victory and claimed their first league win since Dec. 19 to keep title hopes alive in the EPL.

Patrick Reed (-8) and Alex Noren (-8) are co-leaders of the Farmers Insurance Open at Torrey Pines South after Round 1. Reed reeled off six birdies in eight holes while Noren carded an eagle on Hole 17.

#19 Arkansas shocked 3rd-ranked UConn (90-87) thanks to a 37-point performance from Chelsea Dungee on Thursday. Dungee went 13-for-21 and 4-for-5 from 3-point range to hand UConn its first loss of the season.

And we’re not talking about the Bucs and Chiefs… The city of Tampa Bay will have a big reason to party on Feb. 7, but the Tampa mayor and Florida governor have continuously clashed over COVID-19 issues in the build-up to Super Bowl LV. (USA Today)

️ MLB: The Blue Jays Are Going For It

And baseball is more fun as a result. Toronto has had a great young core for a couple of years now, but with the recent additions of George Springer and Marcus Semien, this team looks poised to be really good—and really exciting. (The Ringer)

It’s the calm before the storm. The most unordinary of NFL Pro Bowls arrives on Sunday, and a slew of regular season sports overlaps hit hard before the start of the February. Here’s what we’re watching this weekend: