And The Heisman Trophy Goes To…

QUOTE OF THE DAY
DeVonta Smith

“To all the young kids out there that’s not the biggest, not the strongest: just keep pushing.” 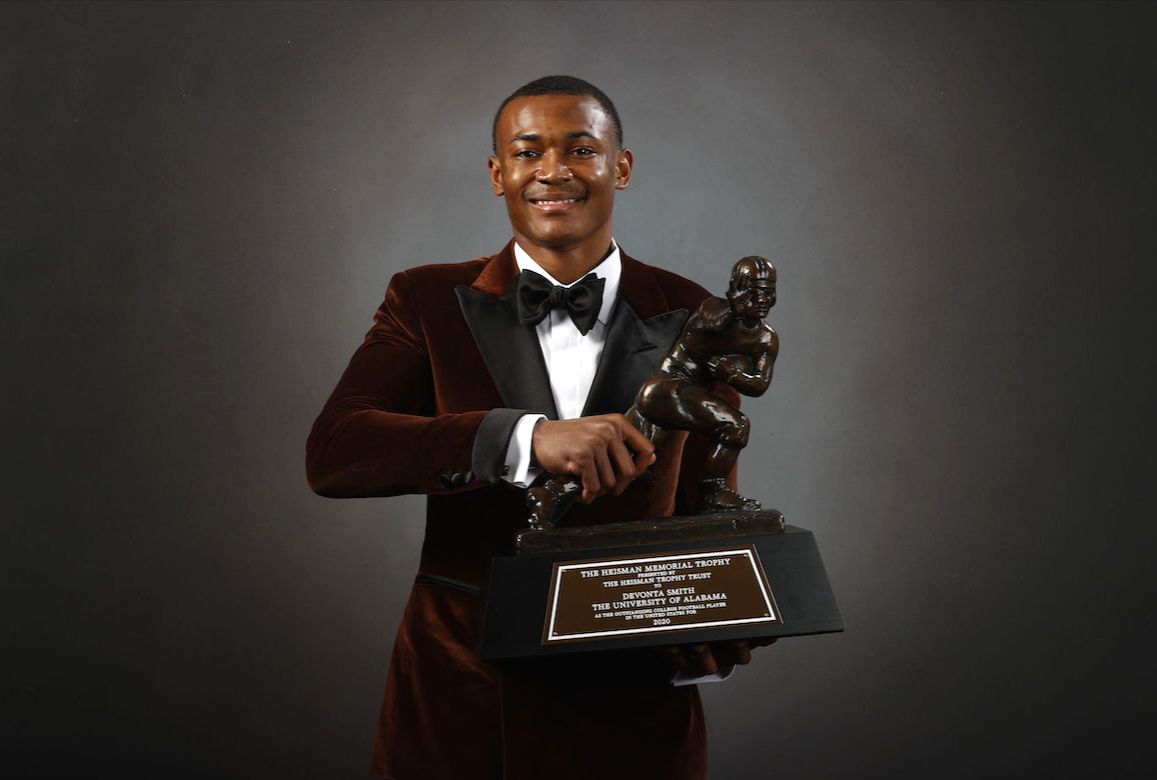 After a college football season unlike any before, Alabama WR DeVonta Smith is your 2020 Heisman Trophy winner. Smith recorded 105 receptions for 1,641 yards and 20 touchdowns. The 6-foot-1, 175-pound receiver is the all-time leader in receiving yards in Alabama history, and he’s the first receiver to win the award since Michigan’s Desmond Howard (1991).

“To all the young kids out there that’s not the biggest, not the strongest: just keep pushing.” — DeVonta Smith

The Tide & The Heisman
Not only is Smith the first wide receiver to win in 29 years, he’s just the third Alabama player to take the award in school history. The Crimson Tide’s previous two winners were the only two non-quarterbacks to win the award in the 21st century; Derrick Henry (2015) and Mark Ingram (2009).

Heisman Winners in the Draft
The winner of the Heisman Trophy doesn’t always translate to a successful career in the NFL, but each of the last five winners have had successful professional careers thus far. The last three Heisman winners have all been No. 1 overall picks; Joe Burrow (LSU), Kyler Murray (Oklahoma) and Baker Mayfield (Oklahoma). 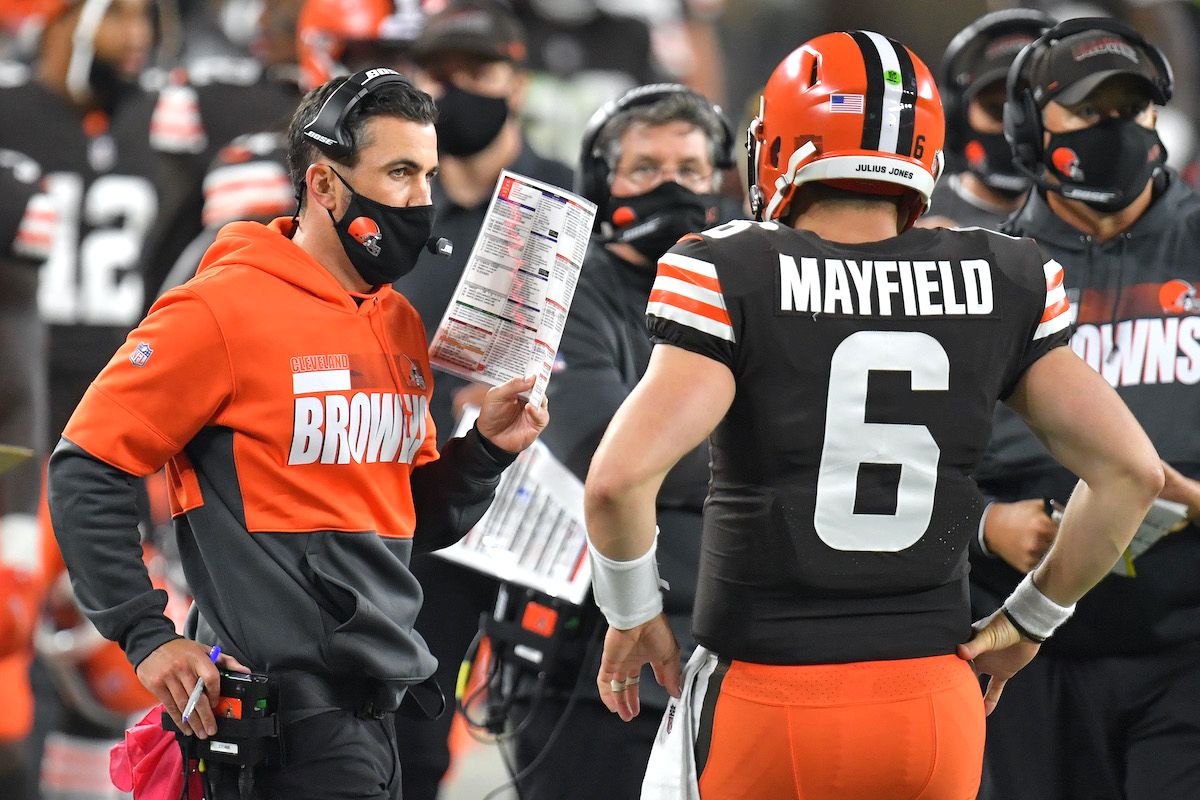 Can’t make this one up. The Cleveland Browns celebrated their first postseason berth since 2002 on Sunday afternoon. Less than 48 hours later, head coach Kevin Stefanski tested positive for COVID-19, along with numerous other coaches and players. Now, during a week of preparation for the franchise’s biggest game in almost two decades, Cleveland’s facility is closed.

What It Means for Cleveland
The NFL’s COVID-19 protocols mean Stefanski will not be on the field for Sunday’s wild card game against the Steelers, but the game is still on for now. The players who tested positive — WR KhaDarel Hodge and Pro Bowl guard Joel Bitonio — are just the first positive tests. An outbreak like the ones seen in Tennessee and Baltimore this season could toss the NFL playoff schedule into a spiral.

Additional Storylines
ESPN: More Browns Woes: 2 Players Cited for Drag Racing
The Ringer: Cleveland Is the First Short-Handed Playoff Team; Will it be the Last? 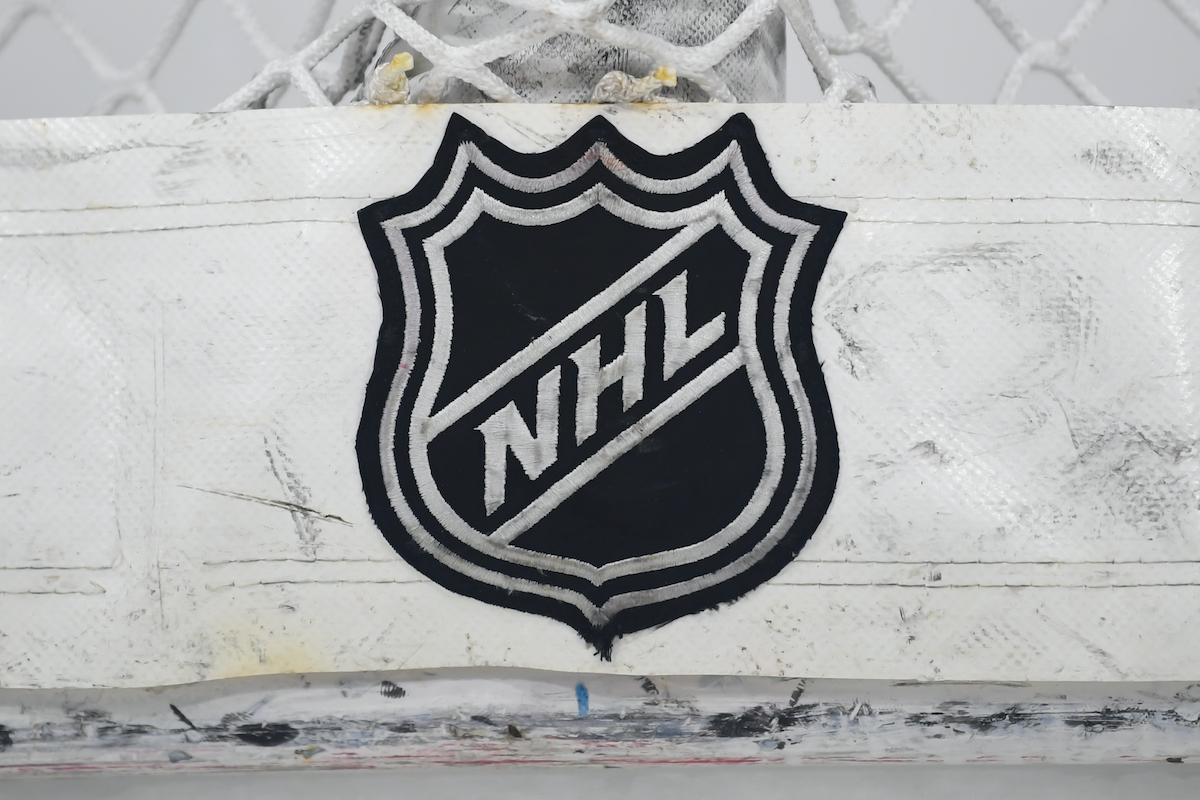 Here’s something new. Just eight days before the beginning of the 2021 NHL season, the league announced the sale of naming rights for divisions. The NHL’s announcement suggests it’s a one-year-only test run with the league’s 2021 division realignment due to location changes for COVID-19 protocols.

Instead of the traditional four divisions — Atlantic, Metropolitan, Central and Pacific — the league will adopt a North, West, East and Central structure for this season. The North division is made up entirely of the seven Canadian-based teams. Each team plays a 56-game schedule with regular-season games played only against divisional opponents. The top four teams in each division will make the playoffs.

*We’ll have a larger NHL season preview before the season begins next week. 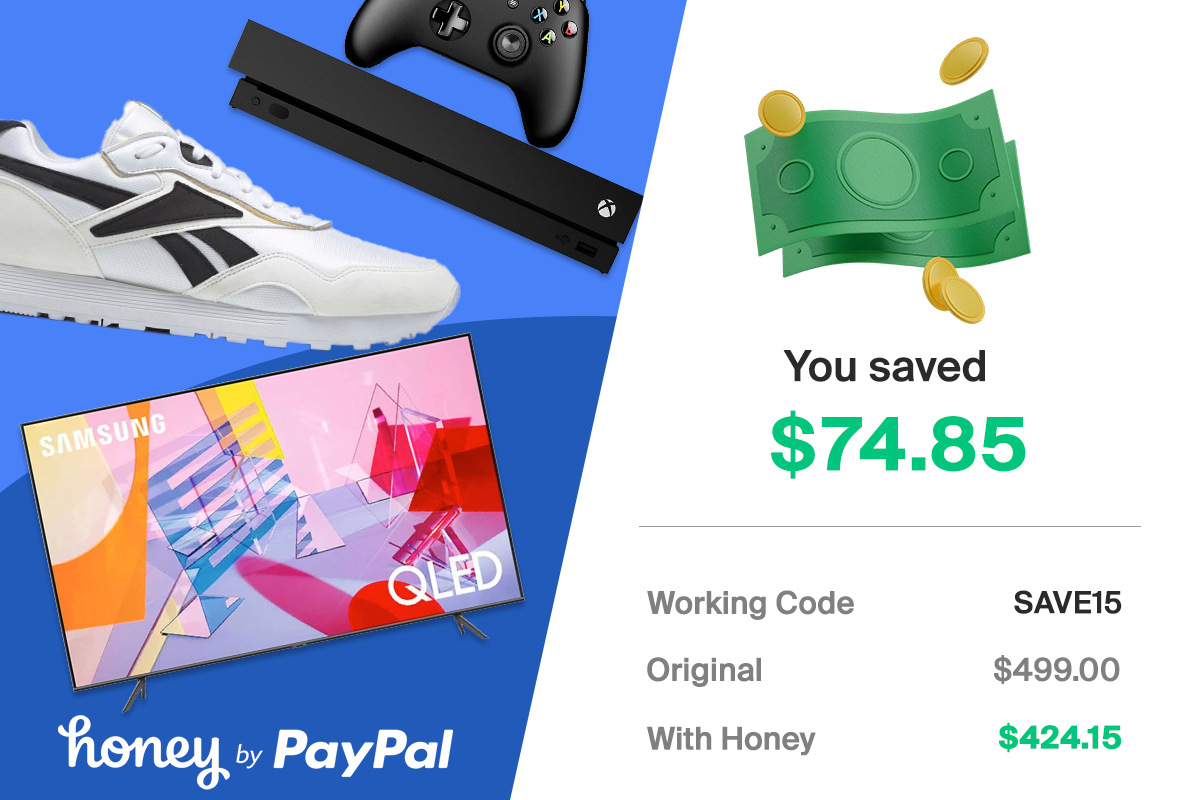 If you don’t have Honey, you’re probably overpaying. The newest PayPal tool is a free browser application that searches the internet for coupons and applies them to your cart at over 30,000 stores, including Target, Walmart and Best Buy. You can shop like the pros while your virtual assistant finds the best deals. Now that’s a winning formula.

🏒 U.S. Stuns Canada in Hockey WJC
The United States shocked the world Tuesday night at the 2021 IIHF World Junior Championship with a 2-0 shutout against Canada. The Canadians were heavy favorites, but Trevor Zegras had a goal and an assist (Alex Turcotte) to give the Americans the upset.

🏀 The Lakers Are Catching Fire
Among the NBA’s top storylines on Tuesday was a fourth-straight win by the Los Angeles Lakers. LeBron James and Anthony Davis poured in tandem double-doubles as L.A. outlasted Memphis (94-92) to ride the league’s longest active win streak.

⚽️ Tottenham to Carabao Cup Finals
Tottenham Hotspur are heading to the finals of the English Carabao Cup after a 2-0 win against Brentford on Tuesday night, featuring goals from Moussa Sissoko and Son Heung-min. They’ll await the winner of today’s other semi-final between Manchester City and Manchester United.

🏀 The NBA’s House of Mirrors
Traveling schedules are out of whack. DNP rests are already a priority. The home-and-home series have resulted in many splits… It’s become incredibly hard to figure out through the early part of the NBA season what’s real and what doesn’t matter. (Sports Illustrated)

🏀 A ‘Once-in-a-Lifetime’ NCAA Tourney
“Could we do this?”… The success of professional leagues like the NBA and the NHL in holding postseasons inside a bubble got the ball rolling. Here’s how Indianapolis plans to pull off a “once-in-a-lifetime” NCAA Men’s Tournament. (USA Today)

If allowed, will you attend a ticketed sporting event (in person) in 2021?