Unwrapping the Gift of Sports 🎁

QUOTE OF THE DAY
Billy Bowerman

Sports schedules will be a daily battle this month, but we’re going to do our best. Thanks for sticking with us. The 2020 finish line is near.

Unwrapping the Gift of December Sports 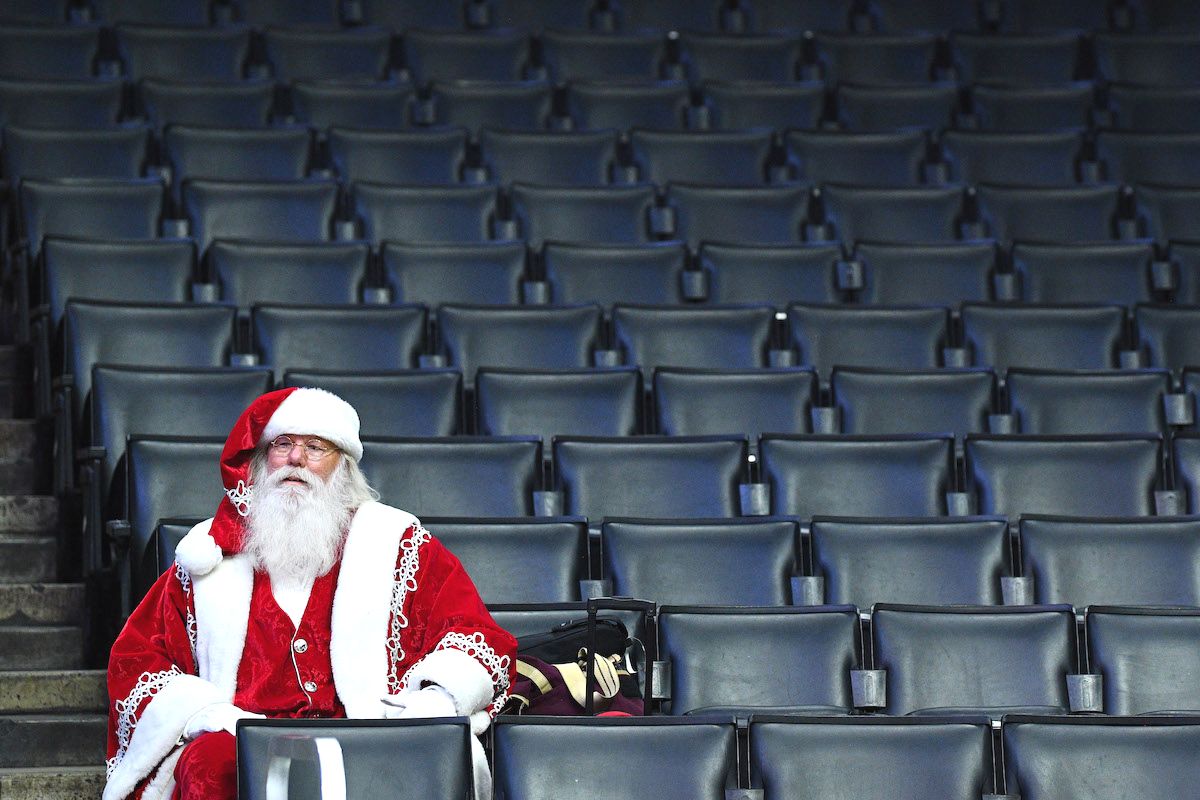 December Could Be the Best (or Worst) Month for Sports in 2020. We’ll Have to Wait and See What’s Under the Tree…

Arenas are shutting down. Schedules are marked with red pen. Chaos is back in locker rooms and masks drape the face of every player and coach on the sidelines. There are many more significant issues than sports right now (as is often the case) but sports are still a part of us; a culture-defining structure of togetherness that we can’t live without. And with the holiday season right around the corner, the December sports schedule feels like a White Elephant gift exchange, Yankee Swap, or whatever your family calls it… No one really knows what’s inside.

But There Is Good News
If you’re like us, you’re probably ready to turn the page on the year that was 2020, but there’s a holiday bash of sporting events still to come. At least, that’s the plan. As we shift into the winter sports calendar, the questions surrounding nearly every league and the challenges of COVID-19 continue to pile up. A vaccine appears to be on the horizon, but the coming weeks will unwrap a sports scene that could be one of two things; celebration or catastrophe. Sports in 2020 have been boom (August) or bust (April). Now, that collision of sports overlaps could come roaring back or screeching to a halt.

The Latest Cases in Sports
In the past two months, more than 110 college football games, a dozen NFL games and 30 college basketball games have been impacted by COVID-19. While cases in Europe begin to flatten and sports continue to progress overseas, American sports are nearing another breaking point. The largest current outbreak is happening with the Baltimore Ravens, who have now seen their Thanksgiving Day game against the Steelers postponed to Wednesday (tomorrow, 3:40 pm ET) with more than 22 positive tests.

We’re a long ways from March 11 when the NBA shut down over one positive test.

What’s Coming in December
While men’s and women’s college basketball returned in the last week, and football (college and pro) pushes to the finish line, sports are only beginning to resurface at full power, circumstances permitting. The MLS Cup Playoffs and European soccer action aren’t slowing down, and NBA players return to training camp today in preparation for a Dec. 22 restart. The NHL’s target return date is still Jan. 1, 2021.

From bowl games to holiday tournaments and an NFL sprint to the playoffs, December is poised to be one of the best months for sports fans this year. We’re hoping for some the gift of sports keeps on giving this holiday season, but we don’t always get what’s on our wish list…

No matter what’s in store, we’ll have some fun Sportsletter team games this month (from gifts and trivia to new original content), so stay tuned. And thanks for spending your mornings with us.

Additional Storylines
Yahoo! Sports: Dr. Fauci’s Timeline for Full Sports Stadiums
NY Times: How Risky Are Indoor Sports This Winter?
NBA: Ready or Not, NBA Training Camps Are Set to Open Once Again
NBC News: Getting to January Might Be A Major Challenge for NFL as COVID-19 Ravages Team Rosters 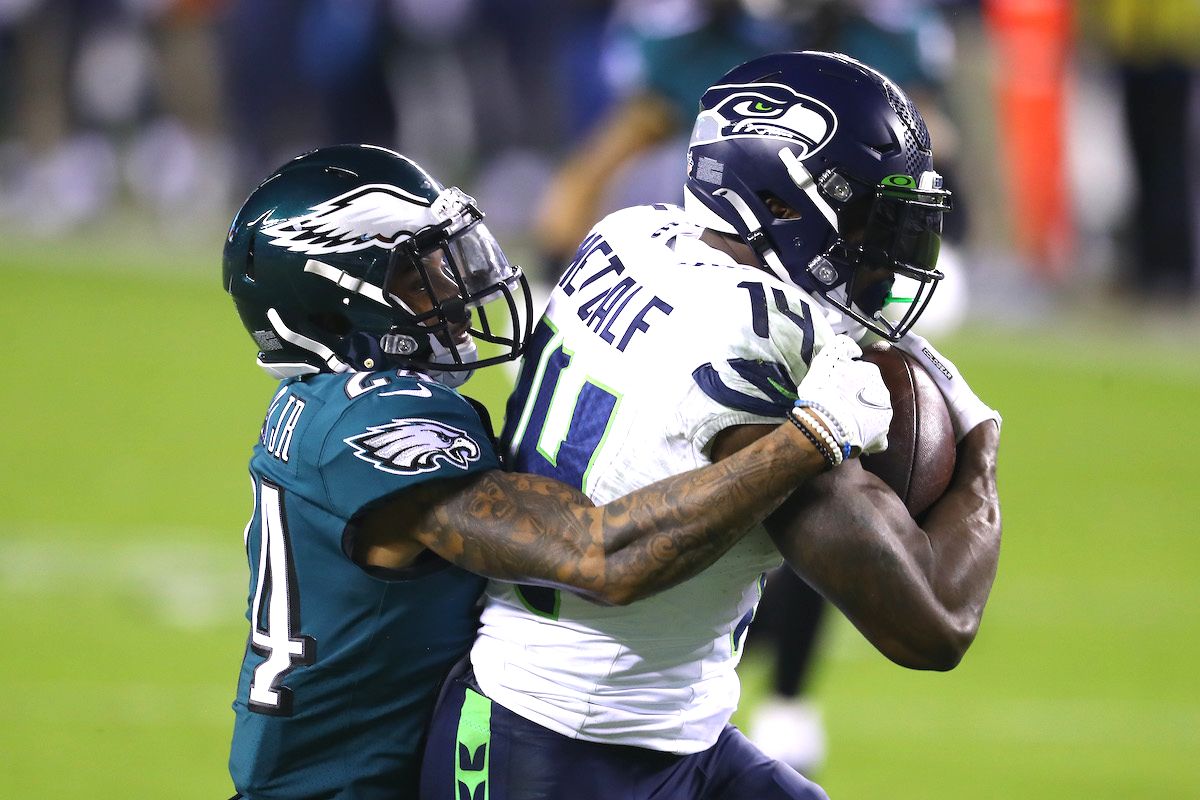 When WR D.K. Metcalf slid to the 2nd round of the 2019 NFL Draft, the Eagles passed on him, twice. Philadelphia has struggled all season long at the wide receiver position while Metcalf — the Seahawks’ second-year stud — leads the NFL in receiving yards. That trend continued last night as D.K. shredded the Philly defense for 10 catches and 177 yards. After another huge outing, Metcalf (1,939 yards) is just 87 yards shy of the all-time NFL record for most receiving yards in a player’s first two seasons (Joey Galloway, 2,026). He’ll certainly get there by Week 17.

The Seahawks won Monday night (23-17) in a game that wasn’t as close as it looked. Seattle (8-3) regains sole control of the NFC West, while the Eagles’ third straight loss drops them into third in the ugly NFC East.

Get Carson Wentz some help, please. He’s now thrown 15 interceptions and been sacked 45 times this season. His combined 60 sacks/interceptions is the most by any quarterback through Week 12 since 1984.

Additional Storylines
Seattle Times: The Eagles Made D.K. Metcalf Mad, And He Made Them Pay
Draft Kings: How Bad Can The NFC East Get — Week 12 Edition 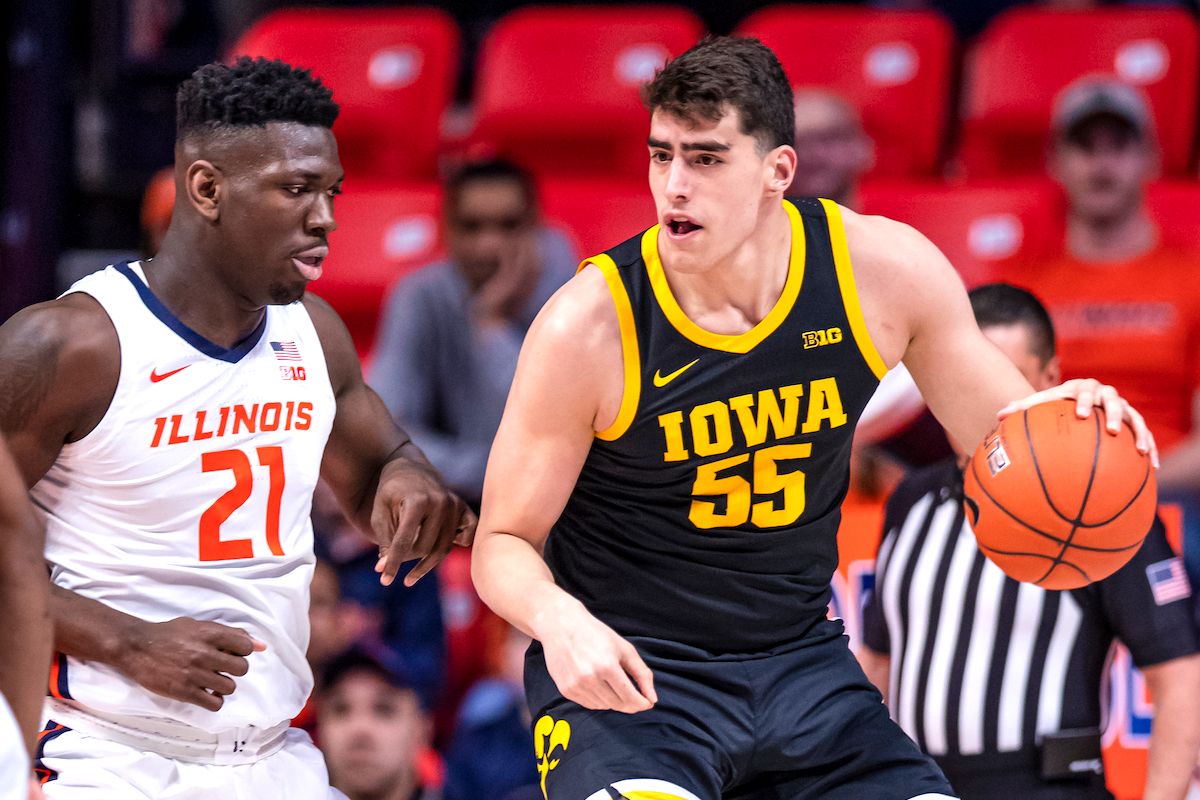 Yesterday we recapped a trio of Top-10 upsets, and that means someone is taking their place. After a collective 26-2 start to the season, the Big Ten Conference is taking over. Iowa, Wisconsin and Illinois have supplanted those upset teams in the Top-5 (Villanova and Virginia) in the second release of the college basketball AP Poll. #1 Gonzaga and #2 Baylor have a date on Saturday, so expect the Big Ten’s stranglehold at the top to only get stronger. 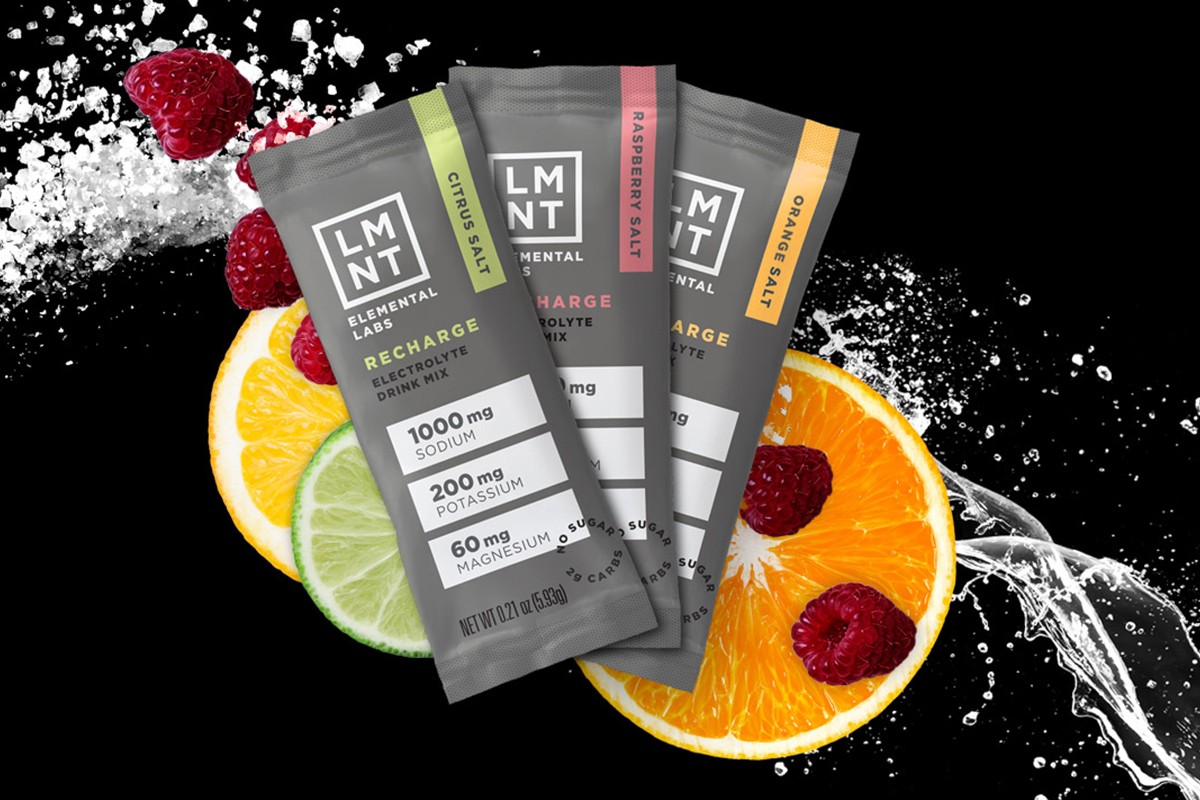 The Electrolyte Drink to Revitalize Your Life

Athletes everywhere are raving about the newest way to refuel and recover after a hard workout. Now, it’s your turn. Meet LMNT, the electrolyte drink with no sugars, artificial ingredients or coloring. It’s everything you need with nothing you don’t, and it will help you reach the next level in hydration restoration. LMNT was developed with science in mind, and it’s great for athletes and non-athletes alike.

With flavors like orange, raspberry, mango chili and chocolate, there’s sure to be an LMNT pack that’s perfect for you.

Try LMNT totally risk-free with free shipping and no-questions-asked refunds. If you don’t like it, share it with a salty friend and they’ll give your money back. Get Yours!

⚽️ Premier League After 10
Heading into the arduous month of December, Tottenham are the surprise leaders, Manchester City are stuck in mid-table, while Arsenal are languishing in 14th having made their worst-ever start to a Premier League season. (ESPN FC)

⛳️ ESPN’s Tiger Woods Documentary
ESPN aired its smart and remarkable documentary “Tiger Woods: America’s Son” on Sunday. It’s one of the best docs ESPN has ever done. Here are five of the most significant takeaways from the project. (USA Today)

⚾️ MLB Launches Wood-Bat League
Major League Baseball is creating a minor league for top eligible prospects leading to the summer draft. Teams will play a 68-game regular season that includes an All-Star break that would coincide with the draft in early July. (Sports Illustrated)

No more mid-week sports lulls. College basketball, Champions League and the MLS Cup Playoffs deliver a Tuesday delight for those of us who can’t get enough sports. Here’s what we’re watching today.