QUOTE OF THE DAY
Mike Krzyzewski

Coach K doesn’t think we should be playing ball during a pandemic. It’s Day 15.

The Mercy Rule: Ohio State Is In 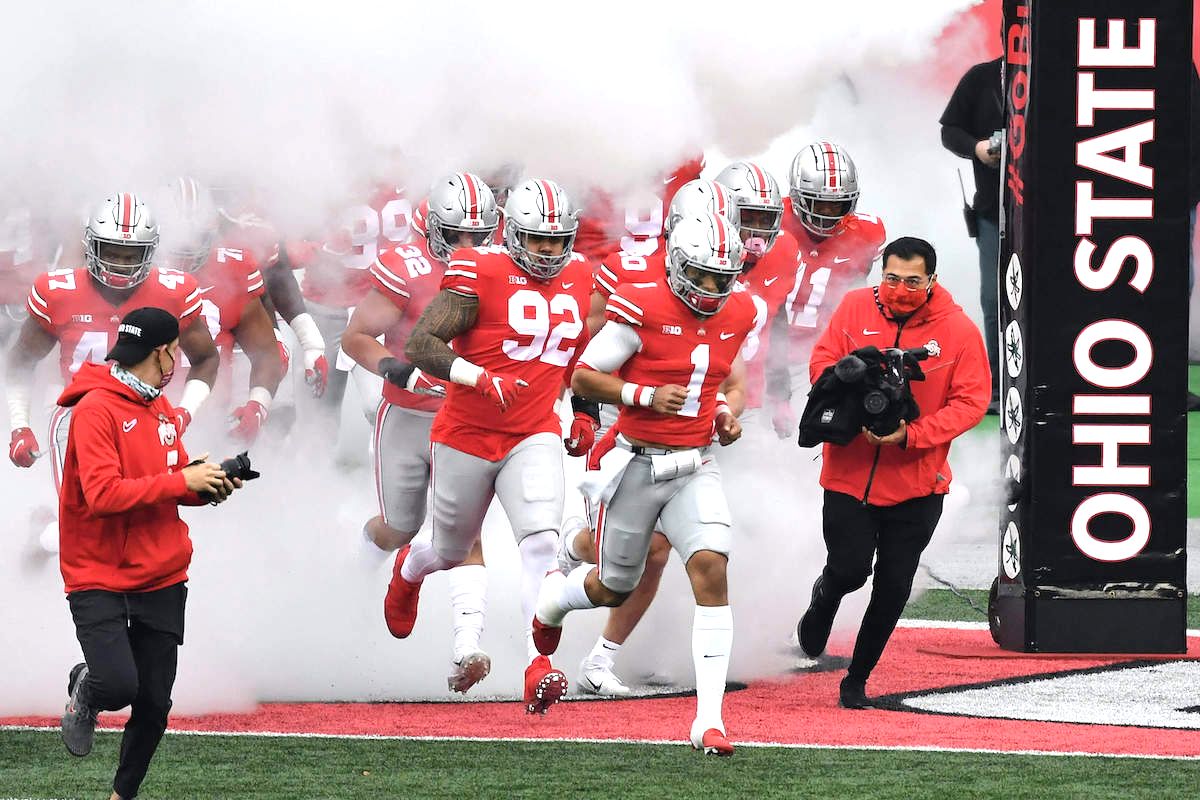 The Big Ten announced through a press release on Wednesday that the conference’s Administrator’s Council voted to eliminate the rule requiring member schools to play at least six regular season games in order to qualify for the Big Ten championship game.

This means that Ohio State, whose season was put in jeopardy by the cancellation of their rivalry game with Michigan, will officially be eligible to play Northwestern in the conference title game on Dec. 19.

Currently at #4 in the College Football Playoff rankings, the Buckeyes are in decent position to make the playoff for the second-straight year. But at just 5-0 and with three fewer games played than anyone else in the Top-10, the potential lack of a conference championship game put Ohio State at risk of being leapfrogged in the next couple of weeks. A matchup against #14 Northwestern allows for another chance at a quality win to solidify Ohio State’s resume.

What It Means
The rule change means Indiana won’t be playing for a Big Ten title. At 5-1, the 12th-ranked Hoosiers (who lost to Ohio State earlier in the season) were in position to represent the Big Ten East if Ohio State was ineligible. However, because the Buckeyes would’ve stayed in first place even with a loss in their sixth game, the conference decided to give what is in all likelihood their best team a chance to play in the conference championship.

Inside the Philly QB Controversy 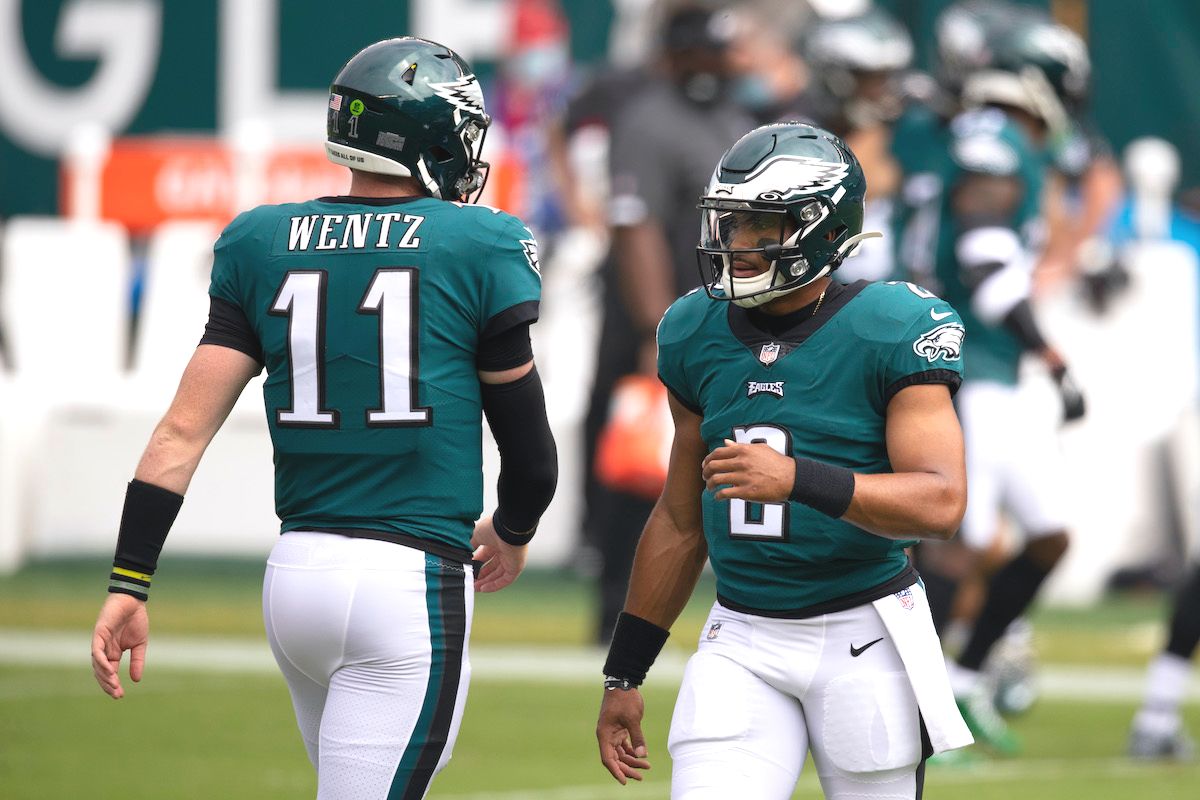 In case you haven’t heard, there’s a quarterback controversy in Philadelphia. What started last April — when the team drafted Oklahoma QB Jalen Hurts in the 2nd Round of the NFL Draft — has turned into a season-long struggle for incumbent starter Carson Wentz. After Week 13 of the worst season in Wentz’s career, he was benched. Eagles head coach Doug Peterson made Hurts the starter for this Sunday’s game against the Saints.

Is This The End of the Wentz Era?
His teammates don’t think so. A number of Philly’s veteran players spoke to the media on Wednesday and supported Wentz, saying the team has struggled at every position, not just quarterback.

“This comes down to more of a failure of every position, including coaches, to facilitate a functioning offense. That’s the biggest story here.” — Jason Kelce

Wentz leads the NFL in interceptions (15) and sacks (50) this season, and the Eagles gave him a 4-year, $128 million contract last season. If Hurts shines, this storyline won’t be over. 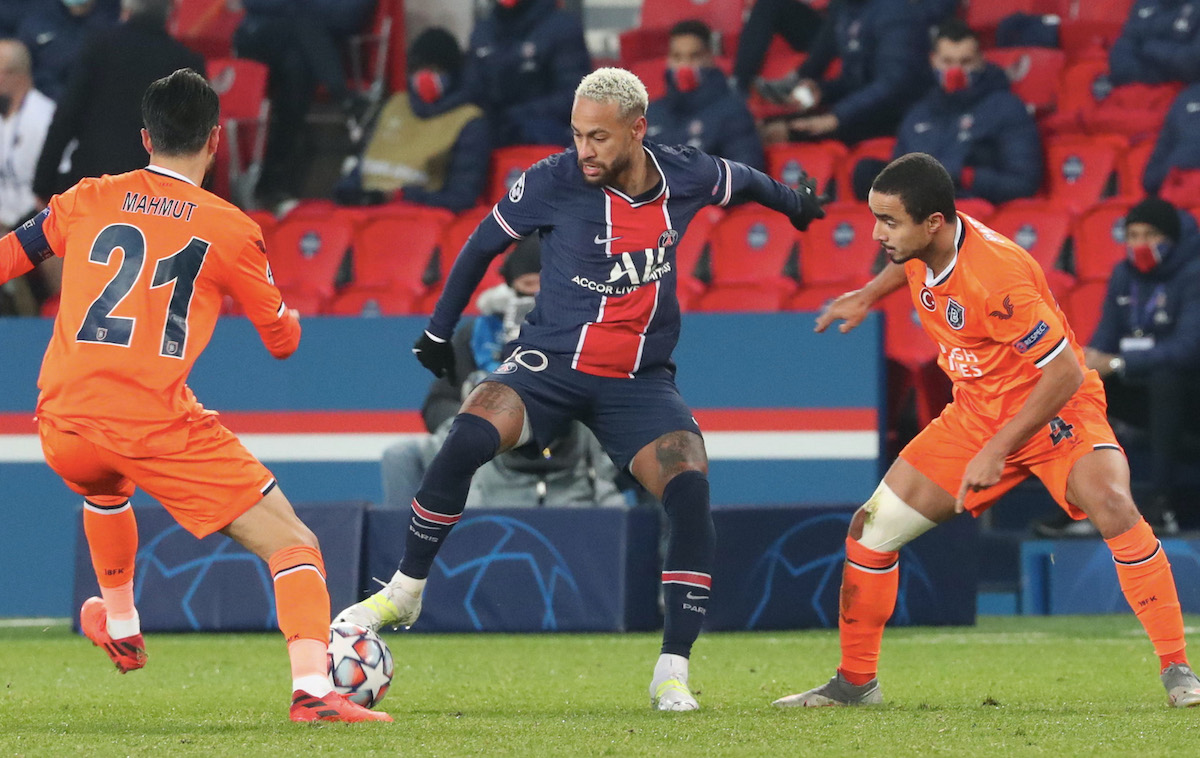 The last of the Champions League Group Stage has come and gone, and we now know the 16 teams competing in the knockout stage of the tournament in 2021. Paris Saint-Germain were big winners yesterday thanks to Neymar’s masterclass hat trick, and both Madrid-based clubs — Real Madrid & Atletico Madrid — claimed crucial points to punch their tickets. We’ll get a peek at the Round of 16 bracket on Monday. 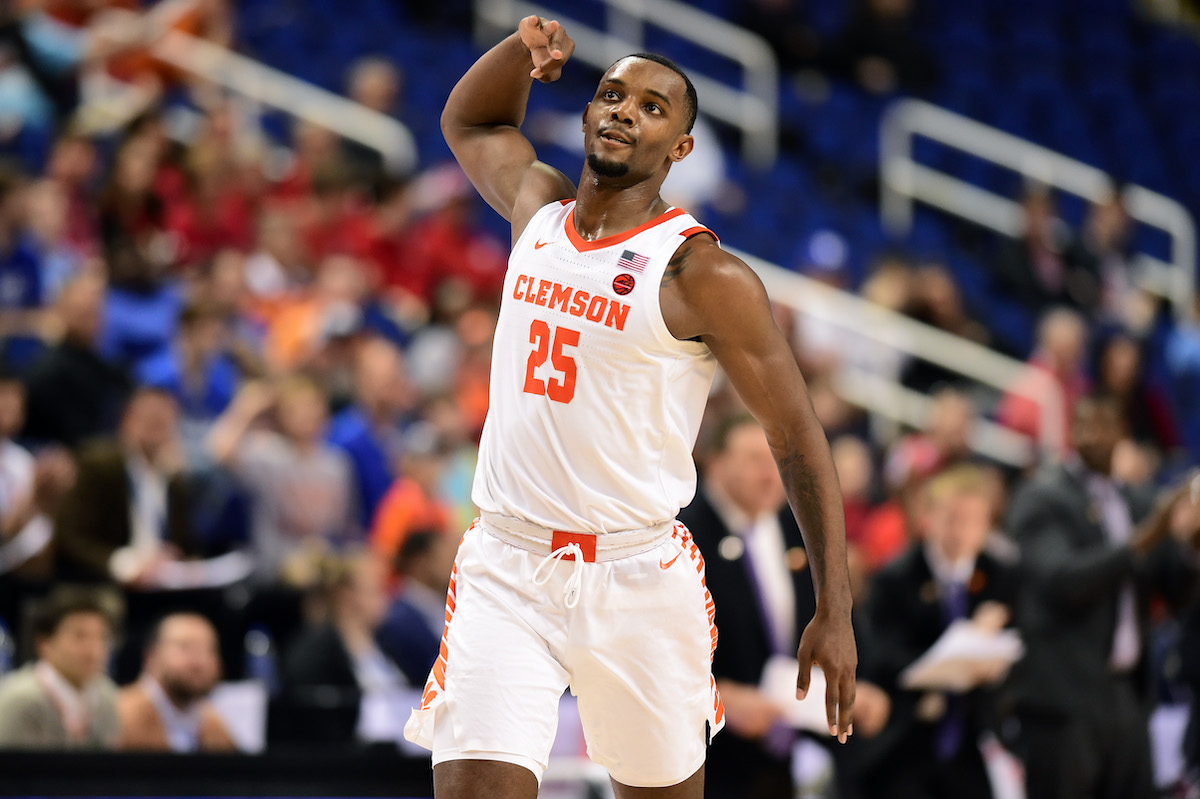 It felt as if the Big Ten could do no wrong on Tuesday after the conference won six of their initial seven games against the ACC in the annual ACC/Big Ten Challenge, including highlight performances by Iowa and Illinois against North Carolina and Duke, respectively. But the ACC refused to let the Big Ten run away with the narrative of being the nation’s best conference in men’s hoops by a landslide, scoring four unanswered wins on Wednesday.

Clemson def. Maryland (67-51)
The ACC’s strong night started when Clemson dominated Maryland at home, holding the Terrapins to just 15 points in the first half and coasting to a 67-51 victory in a matchup between two previously undefeated teams.

#20 Florida State def. Indiana (69-67, OT)
In the Challenge’s best on-paper matchup of the night, Trayce Jackson-Davis scored 25 points and grabbed 17 rebounds for Indiana, but his team fell 69-67 to an overtime game-winner by #20 Florida State’s Scottie Barnes.

The conference additionally picked up a pair of road victories as Georgia Tech notched a 75-64 win over Nebraska and Pittsburgh took down Northwestern 71-70 by overcoming a horrific shooting start and a five-point deficit in the game’s final minute. It was a night of redemption for a conference not used to getting embarrassed, but the Big Ten still took the challenge (6-5).

⚾️ Missing the Winter Meetings
According to baseball records, the first winter meetings were held in 1876. They became an annual affair 25 years later, and they’ve occurred every year since, until 2020. (Yahoo! Sports)

⛳️ The U.S. Women’s Open Preview
The final major of 2020 has arrived. In a year when every one of these things feels like a gift, the U.S. Golf Association put women’s golf in the anchor position with this championship. (USA Today)

🎾 The Tennis Schedule in 2021
The tennis mantra of 2020 (and beyond): “Tennis’s­ great virtue—its international nature—is a liability during a time of global pandemic.” (Sports Illustrated)

Do you think the Big Ten did the right thing by changing its 6-game minimum rule so Ohio State could be eligible for the Big Ten Championship Game?

33% of readers said YES (Gregg Williams did lose the Jets’ game on purpose).