The Game That Won’t Be Canceled

There’s one game that won’t be canceled this weekend. The 121st annual Army-Navy game will be played at West Point for the first time since 1943. Plus, the uniforms are all-world.

The Rams Get Revenge 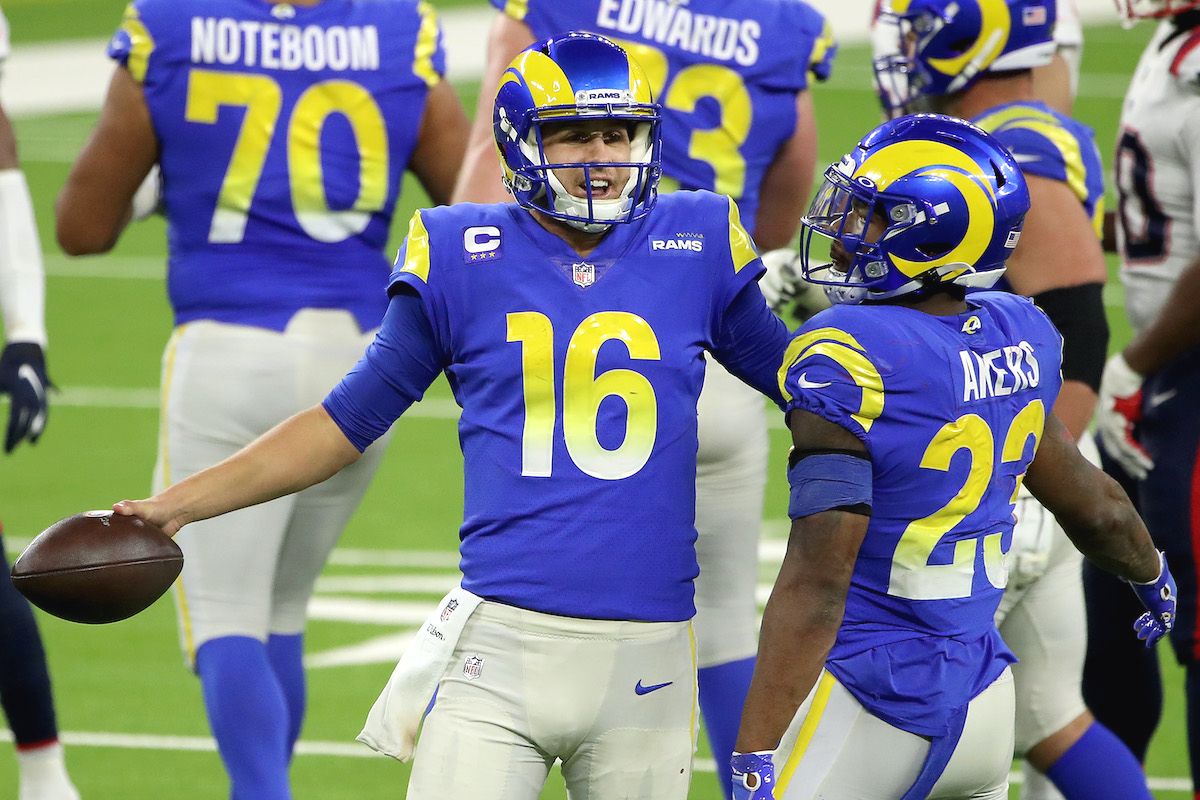 Just when we thought the New England Patriots were back after a 45-0 win last Sunday, they go and get run over in primetime. Thursday night’s rematch of Super Bowl LIII brought a long list of storylines between the Rams and Pats. That 13-3 loss left a sour taste in L.A. for much of the last two years, but revenge was found last night. Rams’ running back Cam Akers (194 total yards) tallied the most yards by a rookie against a Bill Belichick-coached defense, and L.A. cruised to a 24-3 win.

Playoff Implications
The Rams (9-4) find themselves as the current 3-seed in the NFC playoff picture with the outright lead in the NFC West, while the Patriots (6-7) might need to win out to make the playoffs. New England hasn’t missed the postseason since Tom Brady tore his ACL in 2008. 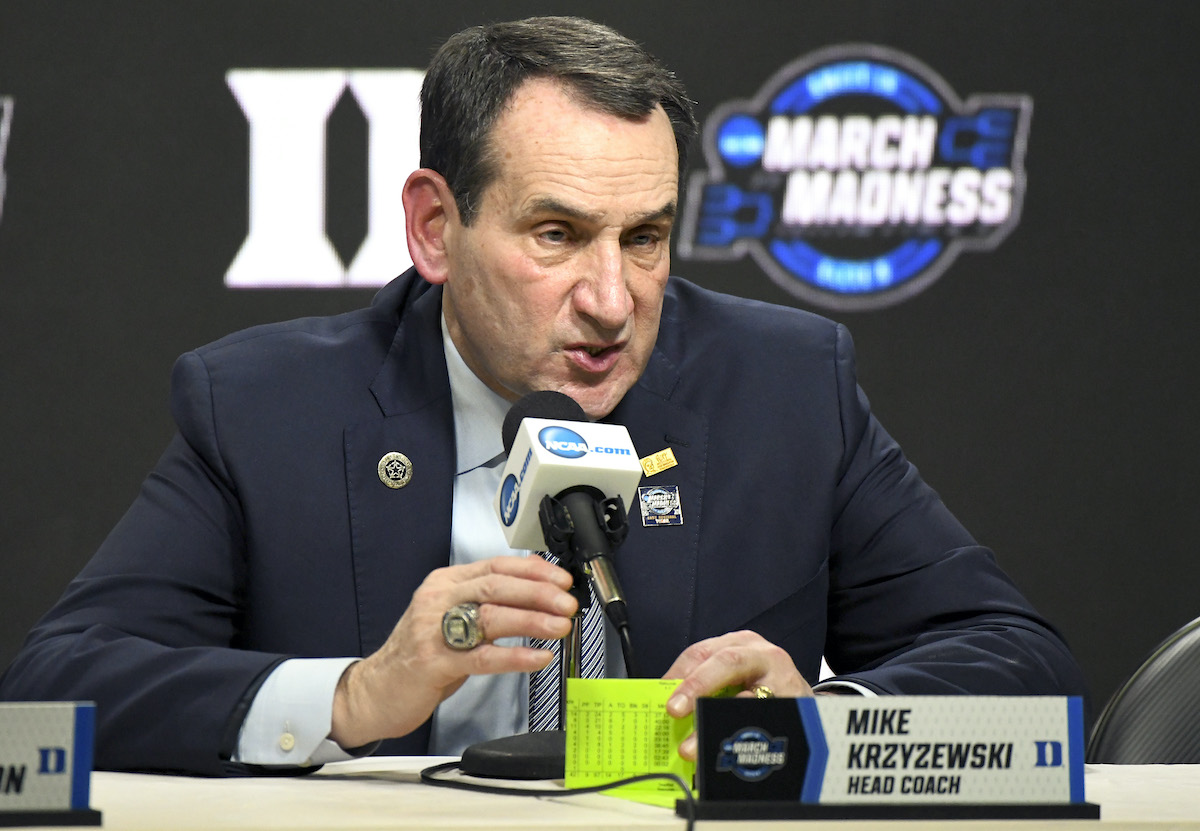 The Duke men’s basketball program wasn’t off to a great start this season, and now they’re packing it up. After head coach Mike Krzyzewski stated his concern regarding playing basketball in the current climate of the coronavirus pandemic, the program canceled all remaining non-conference games on the schedule.

What It Means
The decision only affects one remaining game before the holiday break — a Dec. 19 date with Gardner-Webb. But it also means Duke won’t revisit previously postponed matchups with Elon and Charleston Southern. They’ll play Notre Dame next Wednesday (Dec. 16) before a 13-day break until an ACC matchup with Pittsburgh (Dec. 29).

“Making sure that we’re doing the right thing for our players, just for safety… We’re going to play conference and hopefully get to play all of them.” — Coach K 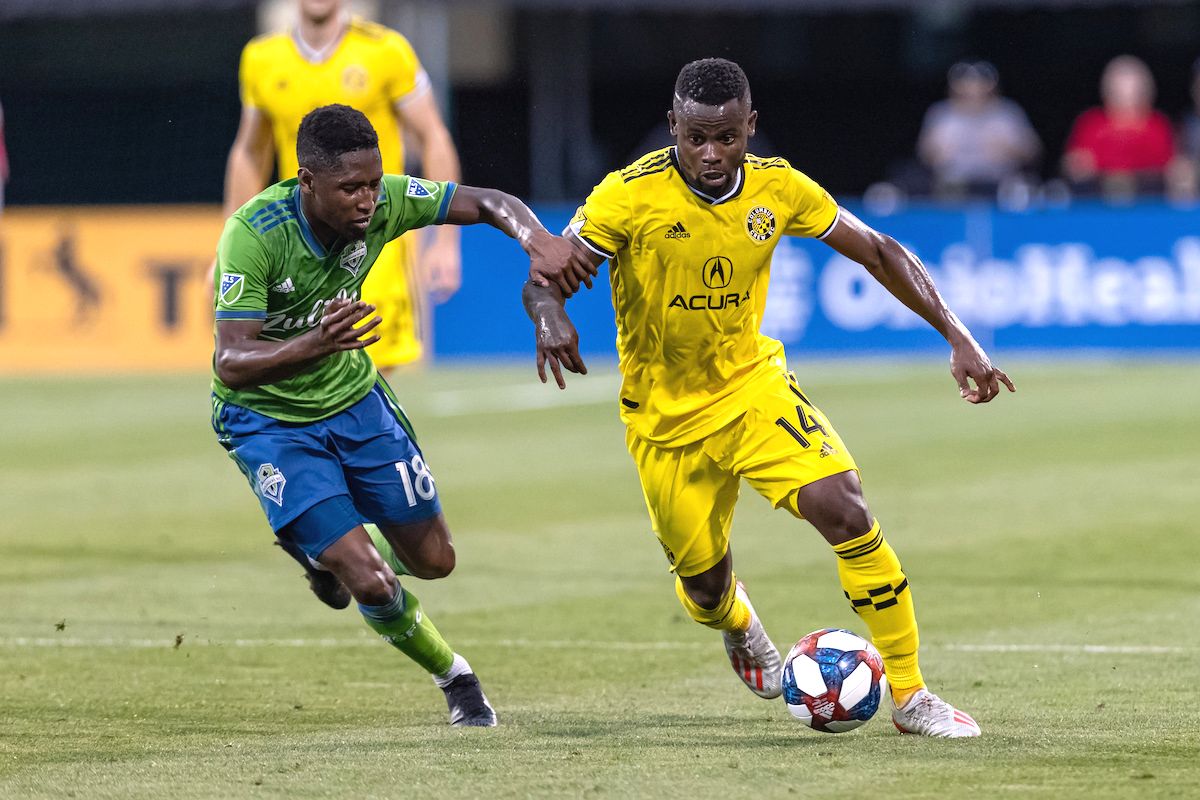 Saturday night in Columbus should be an instant classic. A historic clash between the defending champion Seattle Sounders (14-5-6) and revitalized Columbus Crew (15-6-5) will answer the question of dynasty or redemption?

Repeat: The Seattle Storyline
The 2-seed Sounders will appear in their fourth MLS Cup Final in the last five seasons, having won two of the previous three, including last year’s 2019 MLS Cup. They’ve lost just twice since the beginning of October (12 matches), and they’re coming in hot off a miraculous 3-2 comeback win over Minnesota in the MLS West Finals.

Rebirth: The Columbus Storyline
The 3-seed Crew return to the MLS Cup Finals for the first time since 2015. The club has only one MLS Cup trophy in franchise history (2008), but now they’re back after a clean run through the playoffs. Columbus hasn’t given up a goal since Nov. 21, but they’ve also had the benefit of facing the 6-seed, 7-seed and 8-seed en route to the Finals. Seattle will be a much tougher test.

Will it be a repeat or a rebirth? We’ll find out Saturday night.

⚽️ USMNT Smashes El Salvador
The USMNT looked as good as ever with a 6-0 win against El Salvador in Wednesday night’s friendly (delayed story).

🏀 Most Intriguing NBA Preseason Games
The NBA preseason typically isn’t too long, but it will be even shorter than usual this year. And that’s just one of the ways that the buildup to the 2020-21 season is different than most. Here’s a look at several intriguing matchups on this year’s preseason schedule. (Bleacher Report)

⚾️ Winners & Losers From Winter Meetings
The stove was mostly cold during this week’s virtual event. In an underwhelming week where virtually nothing happened, here are the winners and losers from MLB’s winter meeting circus. (CBS Sports)

⚽️ Champions League Power Rankings
The 16 remaining teams in the Champions League are still chasing one team… Bayern Munich is vying for a Champions League repeat, and nothing from the group stage and start to the season indicates that the German power is in jeopardy of losing its crown. (Sports Illustrated)

The holiday sports-watching season is almost upon us. Both NFL and College Football continue to clear up the postseason picture this weekend. The NBA returns with preseason action, and we’ll crown an MLS Cup champion in Monday’s edition. Enjoy!

Yesterday, we asked if you thought the Big Ten made the right call by changing the rules to allow Ohio State into the Big Ten Championship. You said: