QUOTE OF THE DAY
DeMarcus Cousins

“I watched my mom work two jobs with six kids my entire life. So who am I to complain about a little adversity?”

A little perspective this Monday morning. 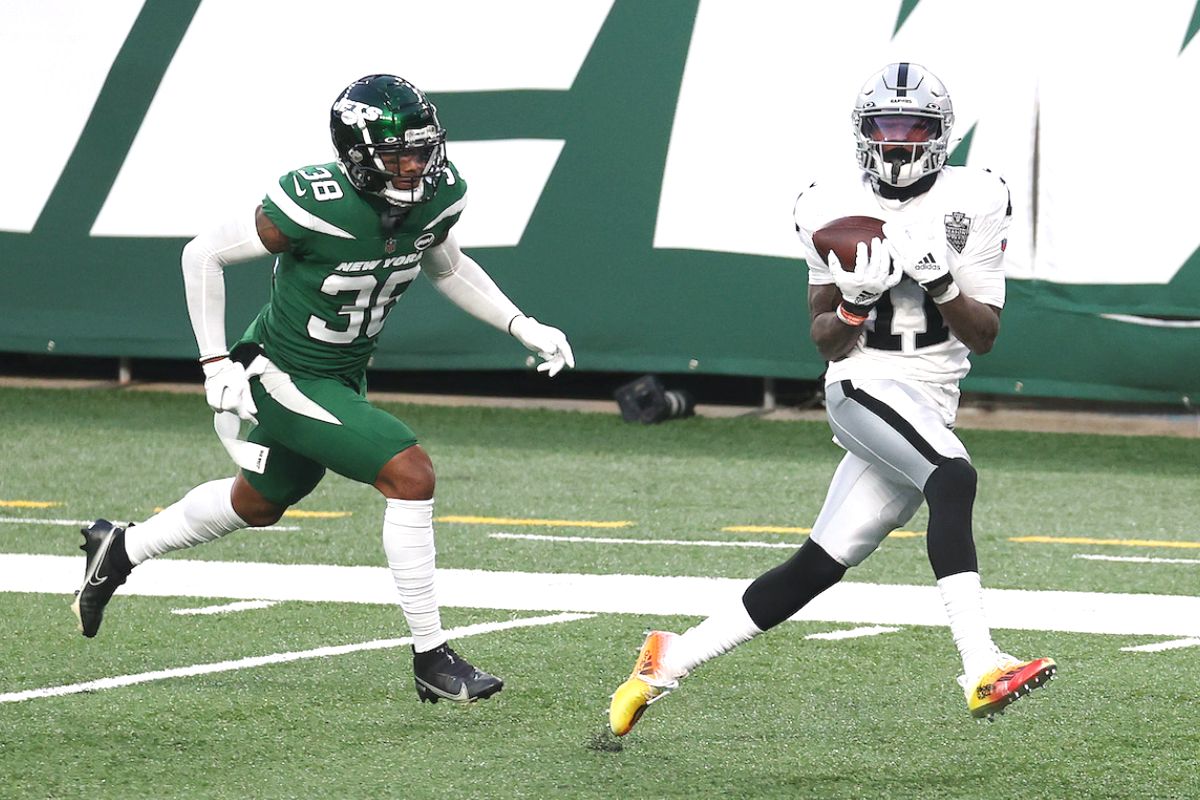 Jets Blow Late Lead for What Would’ve Been First Win of 2020, And Other Week 14 Highlights

Say it ain’t so. On Friday, our hot take was that the Jets wouldn’t go 0-16. We nearly called it, but then the Jets did what the Jets do. In Sunday’s clash with the Raiders, New York miraculously held a 28-24 lead in the final minute of the game. And with mere seconds left on the clock, the Jets brought an all-out blitz — seven pass rushers — leaving their defensive backs 1-on-1 down the field. Las Vegas QB Derek Carr dialed up a 46-yard game-winning TD to Henry Ruggs III. Ball game. Jets fall to 0-12.

“I couldn’t believe they all-out blitzed us, but as soon as I saw it, I was grateful.” — Derek Carr

NFL Week 14 Notebook
There was plenty more drama to be had in Week 14 across the NFL. Two teams clinched playoff berths, an AFC brawl led to ejections, and the NFC West changed hands again. Here’s the latest:

Saints Clinch NFC’s 1st Playoff Spot
New Orleans and backup QB Taysom Hill were 21-16 winners over the Falcons in their ninth straight win. The Saints (10-2) are the first NFC team to clinch a playoff berth, and they expect to get Drew Brees back from injury next week.

Chiefs Clinch AFC’s 1st Playoff Spot
Another close one, but Kansas City keeps winning. The Chiefs improved to 11-1 on the year with yet another one-score game last night. They edged the Broncos (22-16)

5 Ejected in Dolphins-Bengals Brawl
The Dolphins beat the Bengals Sunday (19-7), but the story of the game was a brawl that involved Miami head coach Brian Flores. The altercation occurred after Cincinnati’s Mike Thomas made back-to-back late hits on punt returns. Five players were ejected.

Aaron Rodgers Reaches 400 Passing TDs
The Packers had a slow start against the Eagles, but Aaron Rodgers still threw for 295 yards and 3 TDs as he reached the 400-TD milestone in a 30-16 win. Rodgers is just the seventh quarterback in NFL history with 400+ passing touchdowns.

Baker Leads Browns to Historic Win
QB Baker Mayfield threw 4 TDs in the first half and the Browns set a franchise record for first-half points (38) in a win over the Titans (41-35). Cleveland is 9-3, and they’ve secured their first winning season since 2007.

Giants Shock Seahawks; Rams Retake West
The NFC West has changed hands again. Seattle lost a stunner to the Giants Sunday afternoon (17-12) while the Rams outgunned the Cardinals (38-28) to reclaim the division lead.

Patriots Pound Chargers Into Oblivion
QB Cam Newton only threw for 69 yards and 1 TD, but he rushed for 48 yards and two scores on the ground as New England clobbered the Chargers and delivered the biggest blowout of the NFL season (45-0).

Steady 7: The Stage is Set 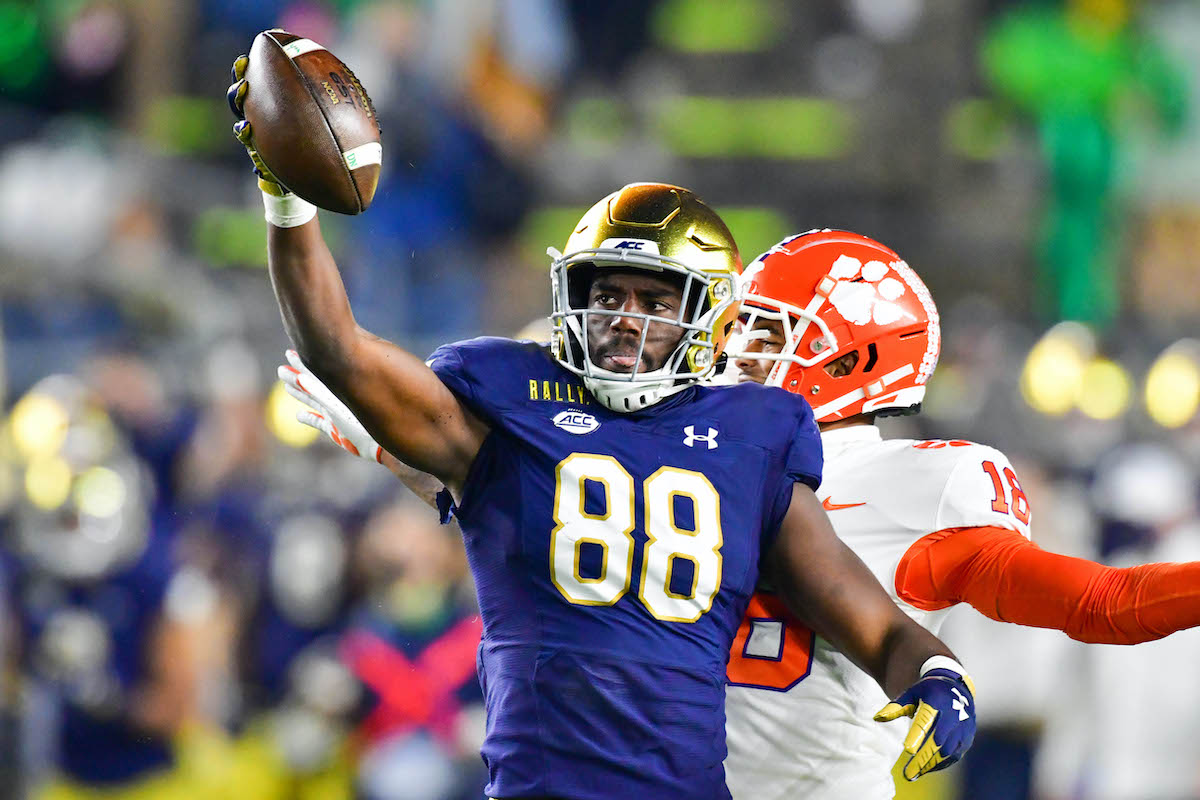 Another week, and another movement-free Monday at the top in college football. Each of the Top-7 teams in the country were easy winners on Saturday, including four ridiculous blowouts by the top-4 teams in the college football playoff race — Alabama (38 points), Notre Dame (24 points), Clemson (35 points) and Ohio State (40 points). Those Top-7 are realistically the only teams with a shot at making the College Football Playoff. In lieu of a weekly rankings repeat, we’ll take a look at the three most important conference title matchups and how they impact the seven steady leaders down the stretch.

Scenarios: A second Clemson loss to Notre Dame, a Florida upset against Alabama or a shocking loss by Ohio State in either of the next two weeks would shake things up. If all three happen? Chaos ensues, and that’s good news for the next three teams on the “steady seven” list — #5 Texas A&M, #6 Florida and #7 Cincinnati.

Additional Storylines
SI: The Issue With the Big Ten & ACC Playing Favorites
DraftKings: How the CFB Playoff Picture Looks Coming Out of Week 14 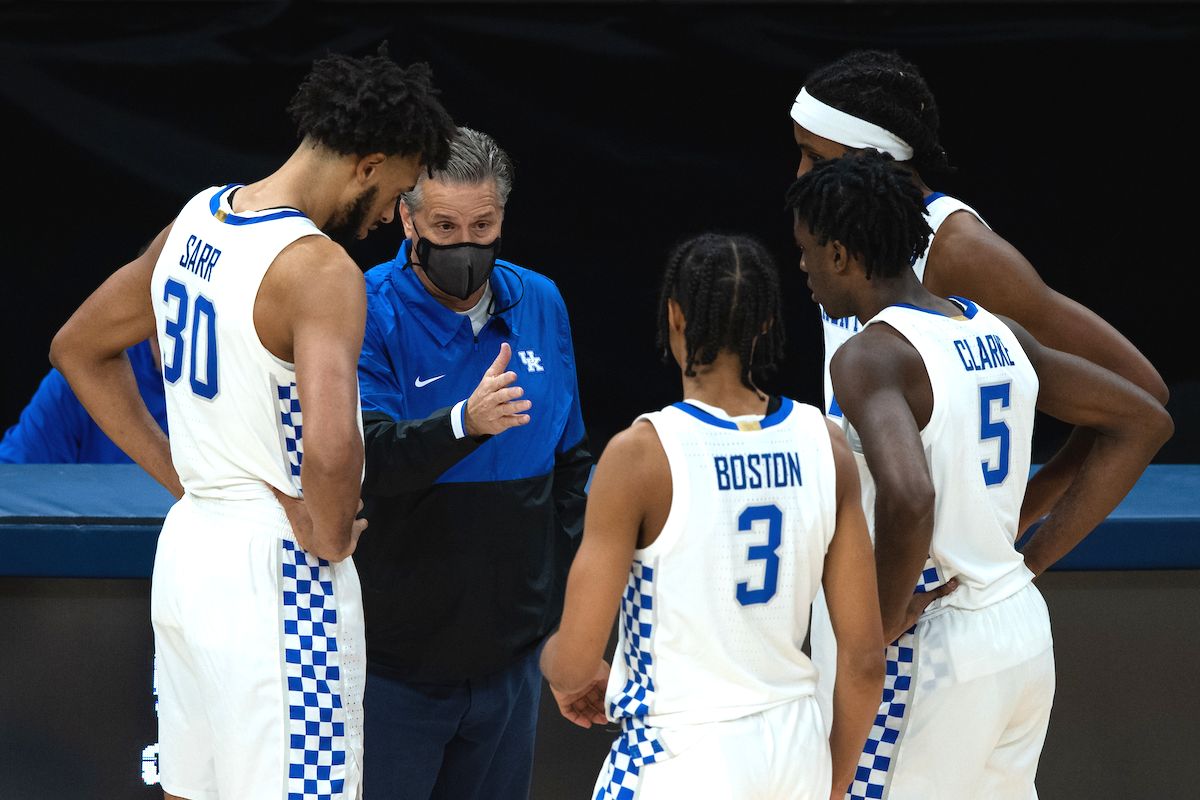 #20 Kentucky Off to Worst Start in 20 Years; And Other College Hoops Highlights

Big Blue Nation is feeling extra blue this season. The Wildcats suffered another upset on Sunday, this time at the hands of Georgia Tech (79-62). UK is just 1-3 after their third straight loss to an unranked opponent. They had 20 turnovers Sunday afternoon, and the No. 1 recruiting class in the nation is now off to the worst start for the program since 2000.

Marquette Stuns #4 Wisconsin (67-65)
A battle in the state of Wisconsin ended in dramatic fashion Friday when Marquette stunned the Badgers with a wild tip-in at the buzzer.

#12 Villanova Beats #17 Texas (68-64)
The Big East leaders held off Texas down the stretch in a tight game on Saturday. Neither team led by more than eight in the game, and Villanova never surrendered its second-half lead.

Postponements & Cancelations
The top storyline on Saturday was a postponement of the matchup between #1 Gonzaga and #2 Baylor. A number of top-ranked teams also saw games canceled or postponed, including #5 Illinois, #6 Duke and #13 Tennessee. 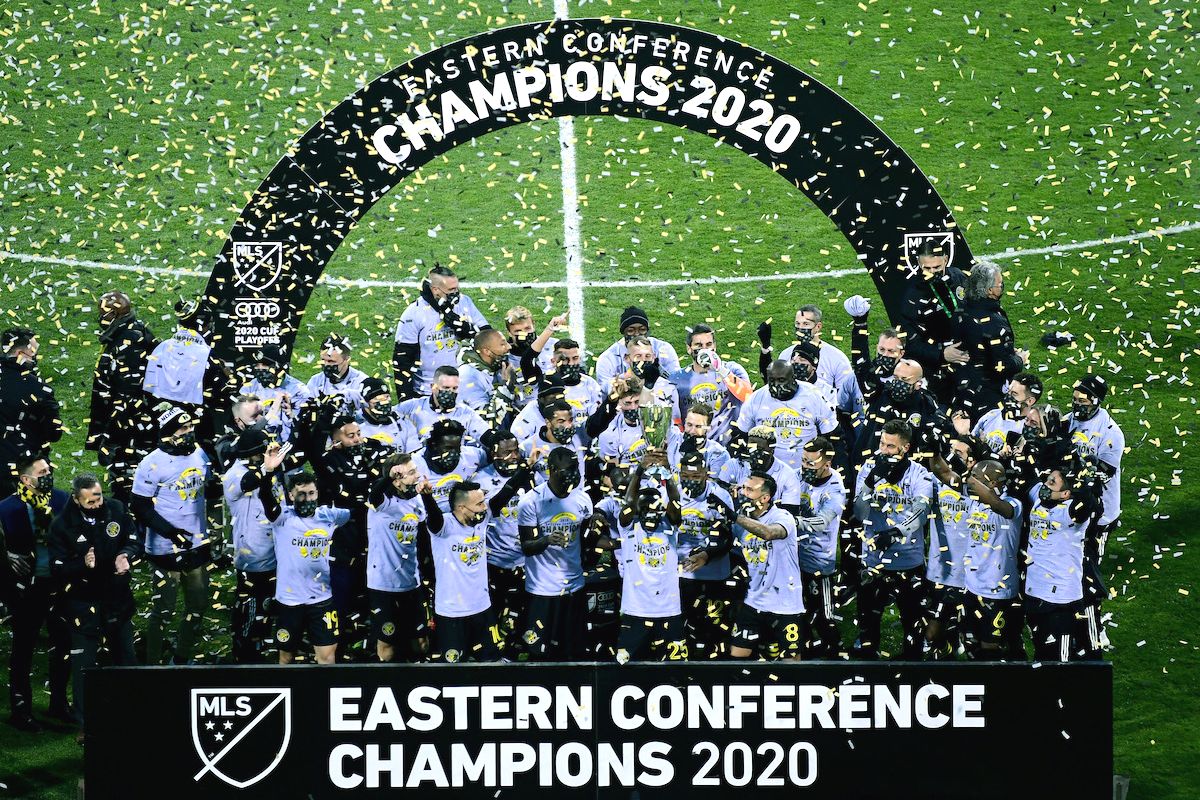 Fantastic goalkeeping was on display in Sunday’s Eastern Conference finale between Columbus Crew SC and New England Revolution, but a second-half strike from Artur broke the tie in the 59th minute. That was all Columbus needed to advance to their third MLS Cup Final in club history. As the East’s 3-seed, Columbus will now host the Finals on Saturday (Dec. 12) after missing the playoffs last season. They’ll get the winner of Seattle vs. Minnesota tonight.

🏀 ‘This Is Total Chaos’
The latest domino in what has become a coronavirus-ravaged men’s basketball season fell Saturday – this one between No. 1 Baylor and No. 2 Gonzaga due to positive COVID-19 tests within Gonzaga’s program. (USA Today)

🏆 The Activist Athlete
This year’s honorees for SI’s 2020 Sportsperson of the Year — LeBron James, Breanna Stewart, Patrick Mahomes, Naomi Osaka and Laurent Duvernay-Tardif — were champions on the field, champions for others off it. (Sports Illustrated)

🏈 The NFL’s Playoff Bubble
Roger Goodell has been noncommittal about implementing some kind of isolation measures for teams during the playoffs. That needs to change… for the sake of the NFL season. (The Ringer)

Last Friday, we asked you to send us your scorching hot takes in exchange for some Sportsletter gear. Some great laughs were had on Friday. Thanks to everyone who sent submissions. Here are our winners and some honorable mentions. (Winners: Check your email today to claim your prizes)

🥈 2nd Place
The Denver Broncos have as many wins as family members wanting to be the new owner. —Michael T.

Patriots are gonna make it very far into the playoffs. —Akwasi A.

Bears will fire Matt Nagy by the end of the season. —Meagan N.

Steelers wont go 16-0 — will lose to either Buffalo or Indy. —Dmitriy K.

The Browns will win the Super Bowl. —Eric A.