The Changing of the Guard

It’s our last week before a long break, but we’ll celebrate the holidays with some friendly competition on Friday (stay tuned).

MLB: The Cleveland baseball team has announced it will discontinue the nickname “Indians” after 105 years. We’ll have more on this story in tomorrow’s edition.

Week 14: Changing of the Guard? 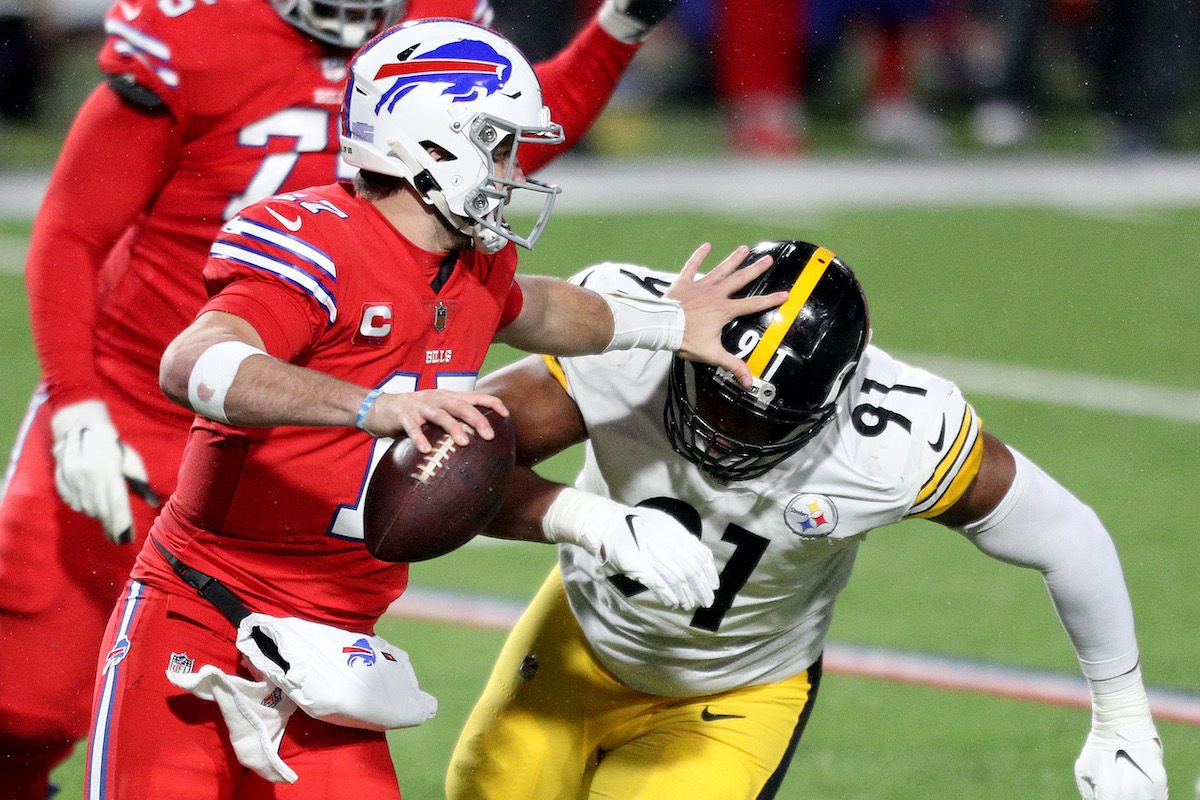 The significance of Week 14 in the NFL’s season-long saga could not be understated. The top two teams in each conference were rare losers on Sunday, marking a changing of the guard for the No. 1 seed in the playoffs. The Bills beat the Steelers (26-15) to give the Chiefs the No. 1 spot, and the Eagles upset the Saints (24-21) with rookie QB Jalen Hurts to put the Packers in control of the NFC’s top seed. Here’s a look at the playoff picture with three weeks to go.

AFC Standings: The second-straight loss by Pittsburgh puts Kansas City in the driver’s seat of the AFC for the No. 1 seed, but Buffalo and Pittsburgh are still in the running. Here’s the AFC playoff picture as it stands.

NFC Standings: The Eagles upset the Saints in rookie QB Jalen Hurts’ debut (24-21), and that means the Green Bay Packers have the No. 1 seed in the NFC due to a tiebreaker win against New Orleans. Here’s the NFC playoff picture as it stands. 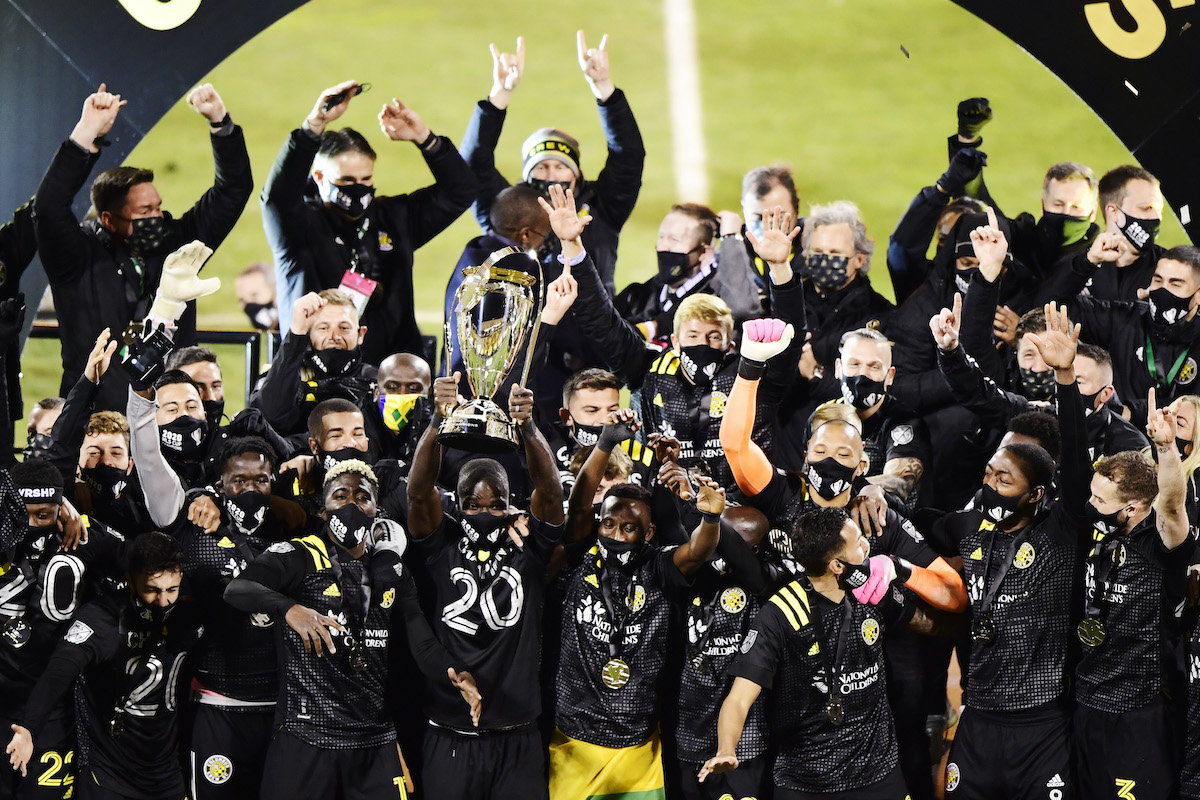 Despite adversity throughout the season, the Columbus Crew are MLS champs once again, raising the MLS Cup for the first time since 2008. Their season was a rollercoaster, complete with mid-season injuries in October and positive COVID-19 tests in the early stages of the MLS Cup Playoffs, but they put together a masterful 3-0 win over the defending champion Seattle Sounders to cap their postseason run with three straight shutouts.

How the Crew Won the 2020 MLS Cup
The Crew struck twice in a six-minute window in the first half, including two nearly identical crosses from the right wing to the left post. One-time scores from Lucas Zelarayan and Derrick Etienne put the Crew’s stamp on the match early. After multiple Seattle attempts missed wide in the second half, another strike from Zelarayan — to the left upper 90 — sealed the win. The MLS Cup celebration, at home in MAPFRE Stadium no less, was Columbus’ first in a dozen years. 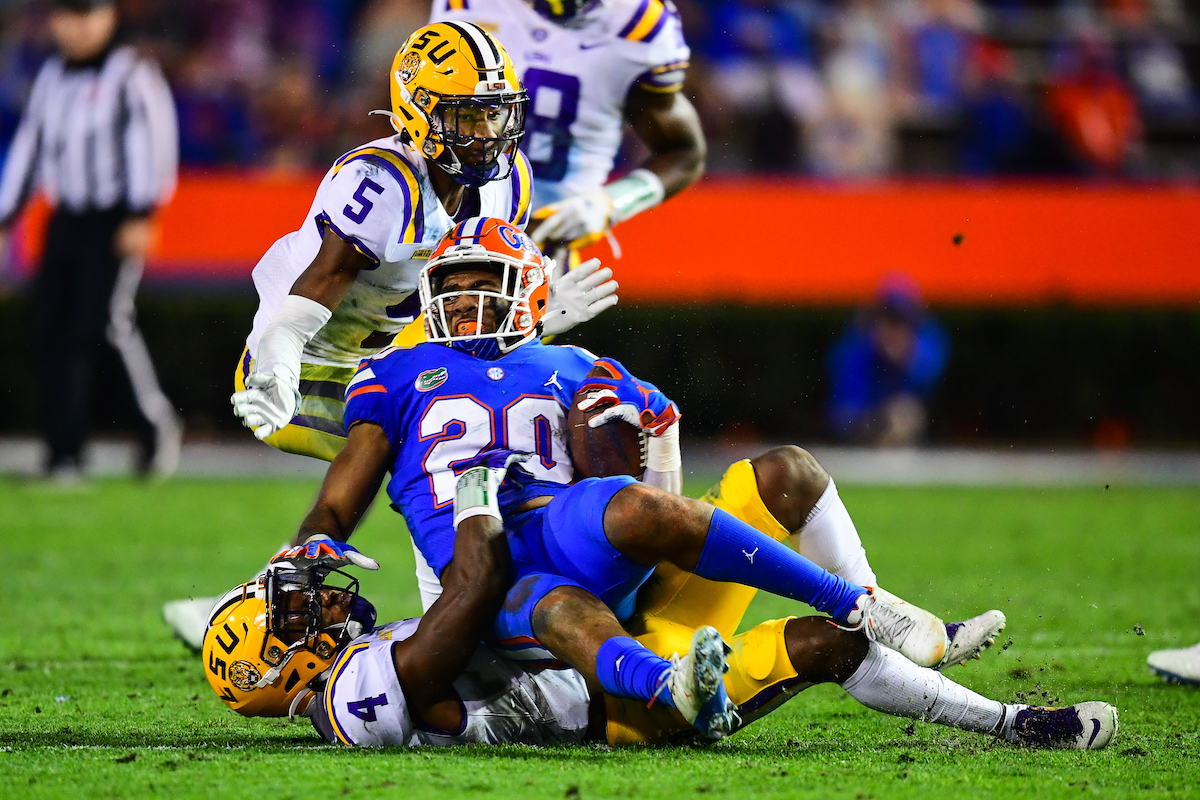 From the Fog to Shoe Penalty, LSU Stuns #6 Florida to Shake the CFB Playoff Race

For the first time in nearly a month, there’s been a shakeup in college football’s top six. No. 6 Florida suffered a stunning upset at the hands of LSU on Saturday (37-34) thanks to a bizarre shoe-throwing penalty and a 57-yard field goal through a foggy night in The Swamp. The loss bumped the Gators out of the Top-10. They’ll still face Alabama in Saturday’s SEC title game, but a spot in the college football playoff is out of the picture.

The Brooklyn Boys Are Back 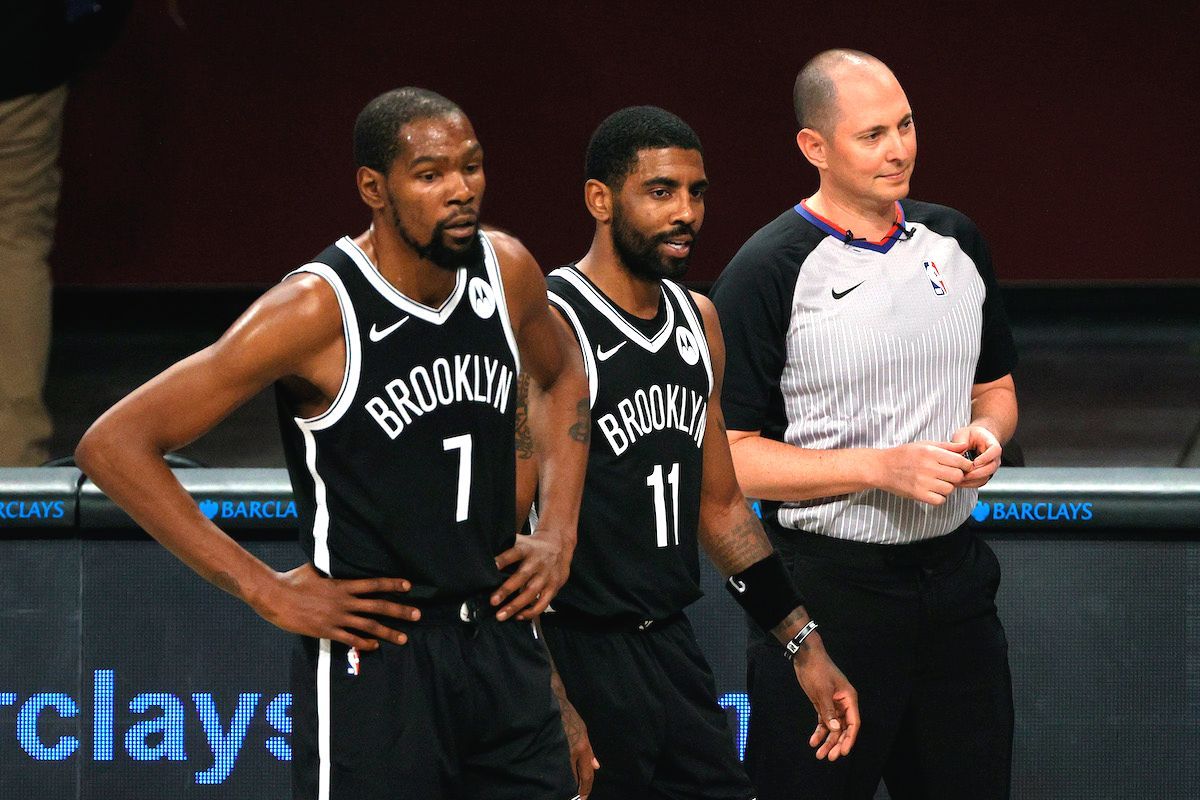 The NBA is back (almost), and so is Kevin Durant. A total of 522 days after suffering a torn Achilles in the 2019 NBA Finals, Durant returned to the court for the first time as a Brooklyn Net on Sunday. He went 5-for-12 in 24 minutes (15 points, 3 rebounds, 3 assists) in the preseason opener against the Wizards. Here are a few other highlights and storylines from the weekend of NBA preseason action:

LaMelo Ball Throws Dimes
The Hornets’ 1st-round pick didn’t score in his first game for Charlotte (0-for-5) but he had 10 rebounds and threw four flashy assists that got him on a few highlight reels.

John Wall’s Still Got It
In his Houston Rockets debut, John Wall showed flashes of his former self with 13 points and 9 assists in limited minutes. He looked even better in his second game — a game-high 21 points. 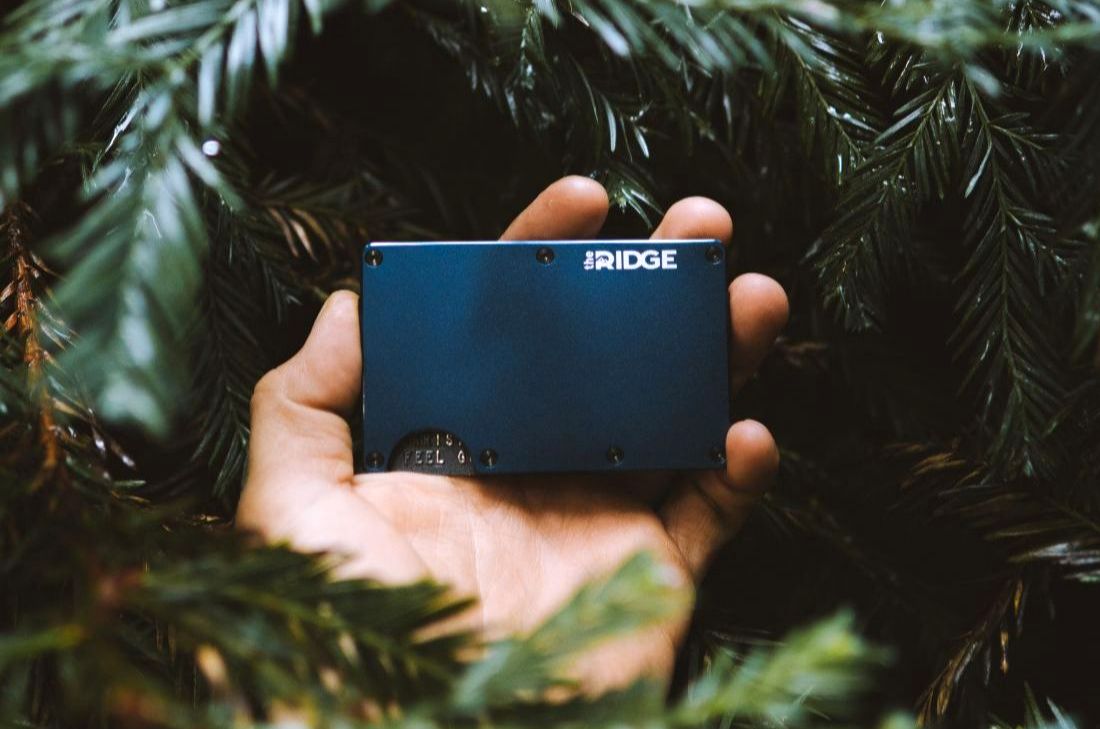 The Best Gift Idea is Right in Your Pocket

The Ridge Wallet is the perfect gift for guys (or just for yourself). It’s 60% slimmer than traditional bifolds and comes with a lifetime guarantee. I just received my Ridge Wallet a few weeks ago, and the lightweight design makes carrying my cards and cash easier than I ever imagined. If you’re stuck looking for gift ideas, look no further than The Ridge Wallet.

Give a gift that they’ll love everyday—not more stuff that will go unused.

Use code HOLIDAY for 15% off your order.

🏈 Army Tops Navy in 121st Meeting
The Black Knights shut out the Midshipmen (15-0) in Saturday’s 121st edition of the historic Army-Navy rivalry. Army kicked three field goals and found the end zone in the 4th quarter to win on a foggy afternoon at West Point.

⛳️ U.S. Women’s Open Postponed
Round 4 of the LPGA’s U.S. Women’s Open has been postponed to Monday due to rainy conditions Sunday in Houston. Japan’s Hinako Shibuno (-4) holds a one-shot lead heading into today’s final round.

🏈 Sitting Out Bowl Season
The college football schedule has been in a perpetual state of flux for the entire 2020 season. That uncertainty will continue into the bowl season. Here are the teams opting out of playing their bowl games. (Sports Illustrated)

🏀 James Harden’s Player Empowerment
The former MVP is very publicly declaring that he wants out of Houston, even though he had a hand in every major decision to make the Rockets what they are today… Now, he’s pushing the player empowerment movement to its limits. (The Ringer)

⚽️ Champions League: Round of 16 Draw
The 2020-21 UEFA Champions League draw for the Round of 16 will be announced this morning (almost simultaneously with the sending of today’s edition). Check out the pairings and matchups for the Knockout Stage in Spring 2021. (UEFA)

No. 2 Baylor Men’s Basketball on Pause Due to COVID-19 Cases
(ESPN)