The 2-time MVP chose loyalty over ring-chasing. That $228 million doesn’t hurt either. 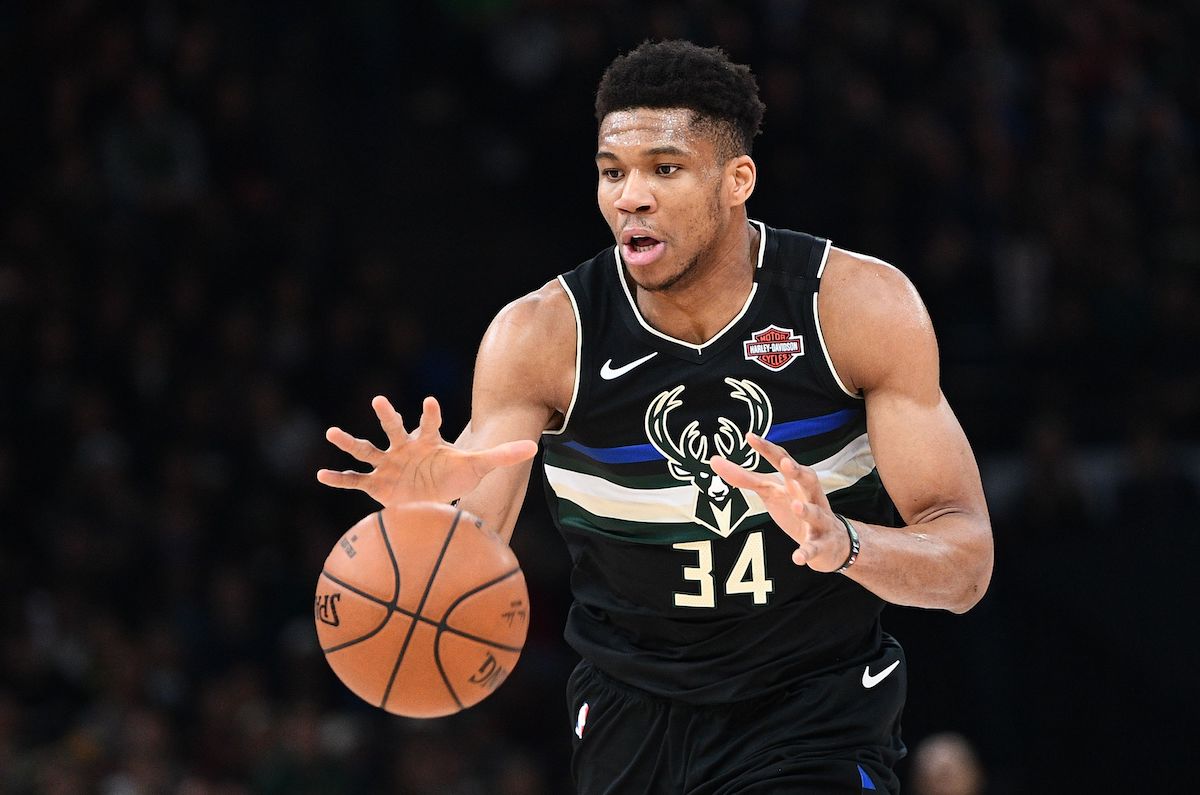 Loyalty, defined. You can call it a win for small market teams everywhere, but the Milwaukee Bucks just made history with the rare retention of a Hall of Fame talent. After back-to-back MVP seasons, Giannis Antetokounmpo put pen to paper on his five-year, $228 million super-max contract extension on Tuesday. That means the Greek Freak will stay in Milwaukee through 2025. His contract includes a player option after Year 4, but the Bucks just won the offseason in the NBA.

The Buck Stops Here
Milwaukee’s pitch to keeping Giannis relied on getting him additional help to get over the hump in the postseason. The Bucks fell short of the NBA Finals in each of the last two seasons, but the team added all-star guard Jrue Holiday this offseason. Keeping Giannis — opposed to seeing him go to Miami or Los Angeles — means the Bucks should be relevant for the foreseeable future. The next step is winning a title.

“This is my home, this is my city… I’m blessed to be able to be a part of the Milwaukee Bucks for the next 5 years. Let’s make these years count. The show goes on, let’s get it.” — Giannis Antetokounmpo (Social Media)

Antetokounmpo became the third player in NBA history to win the MVP Award and Defensive Player of the Year Award in the same season in 2020.

Baseball Is Back At It 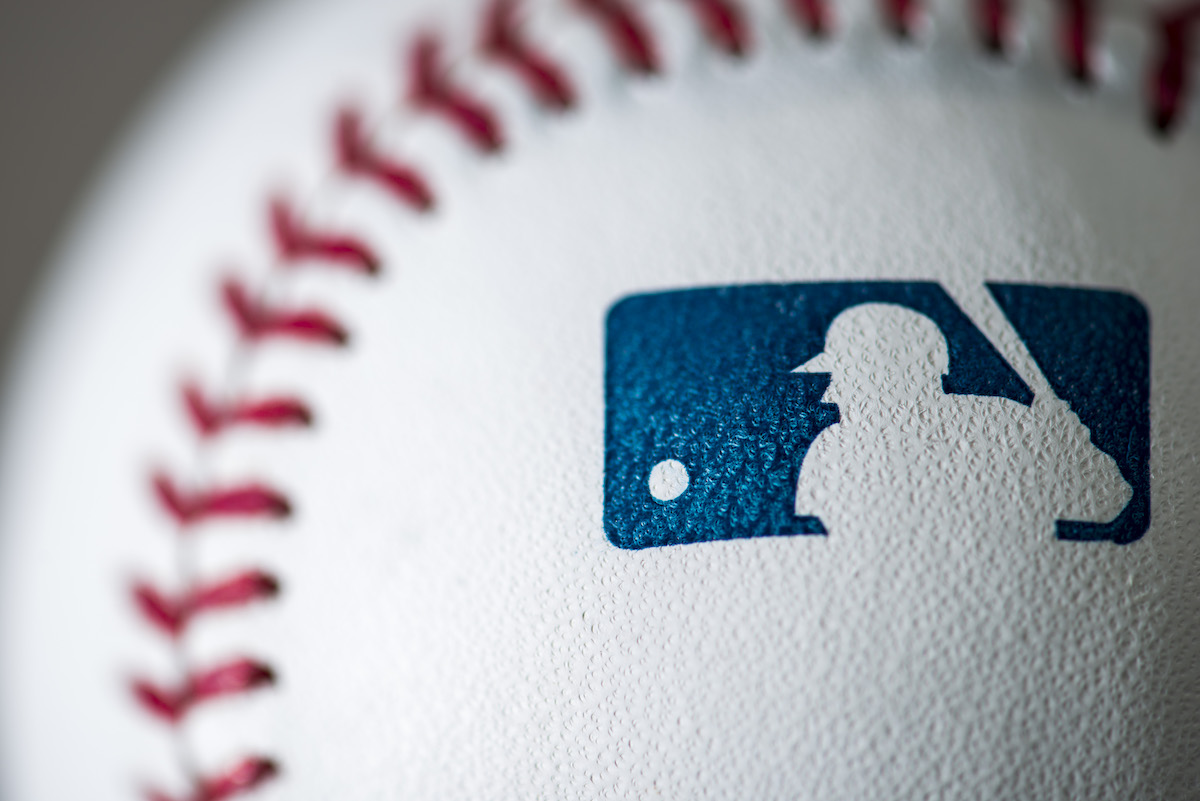 Owners & Players Headed for Negotiations on Start Date of 2021 Season

Here we go again. After a quiet and, quite frankly, boring offseason in Major League Baseball, Tuesday’s headline feels like the same old story. The league and its players union are gearing up for more discussions regarding the logistics of beginning the 2021 season on schedule due to COVID-19 concerns. In short, owners want to delay the start of the season so that all players can get vaccines before spring training begins. The season was scheduled to begin April 1, 2020, but that appears unlikely.

So What Happens Next?
After last spring’s battle between players and owners over the shortened 60-game season, including pro-rated salaries, it appears 2021 could be similar. Multiple reports suggest the season won’t start until May or June and could feature more paycuts in another shortened calendar (roughly 120-140 games).

A number of players, managers and individuals have stated they expect to begin spring training on time. 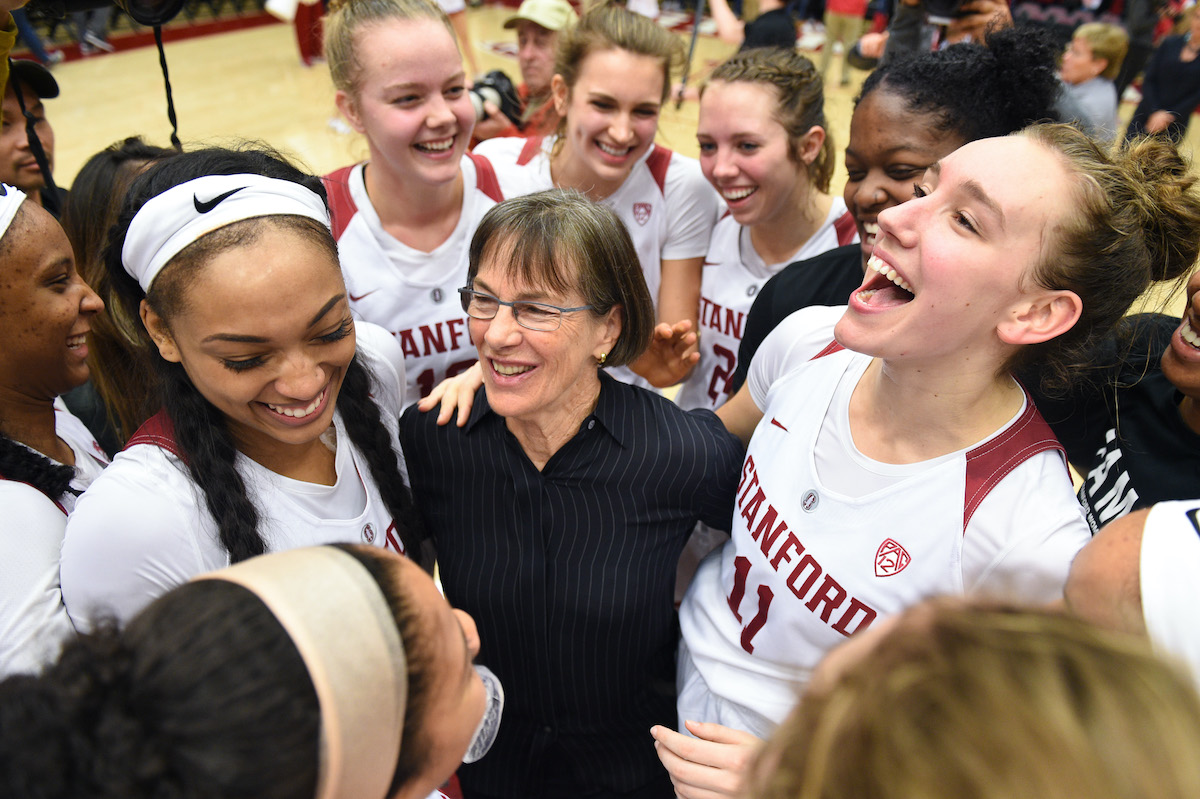 It was a night of history for the No. 1 team in women’s college hoops on Tuesday. Top-ranked Stanford handled Pacific (104-61) to earn head coach Tara VanDerveer’s 1,099th career victory. She passes former Tennessee legend Pat Summit as the all-time winningest coach in NCAA Division I women’s basketball history. Only Duke’s Mike Krzyzewski (1,160 wins) has more in men’s or women’s hoops.

The Selection is Coming 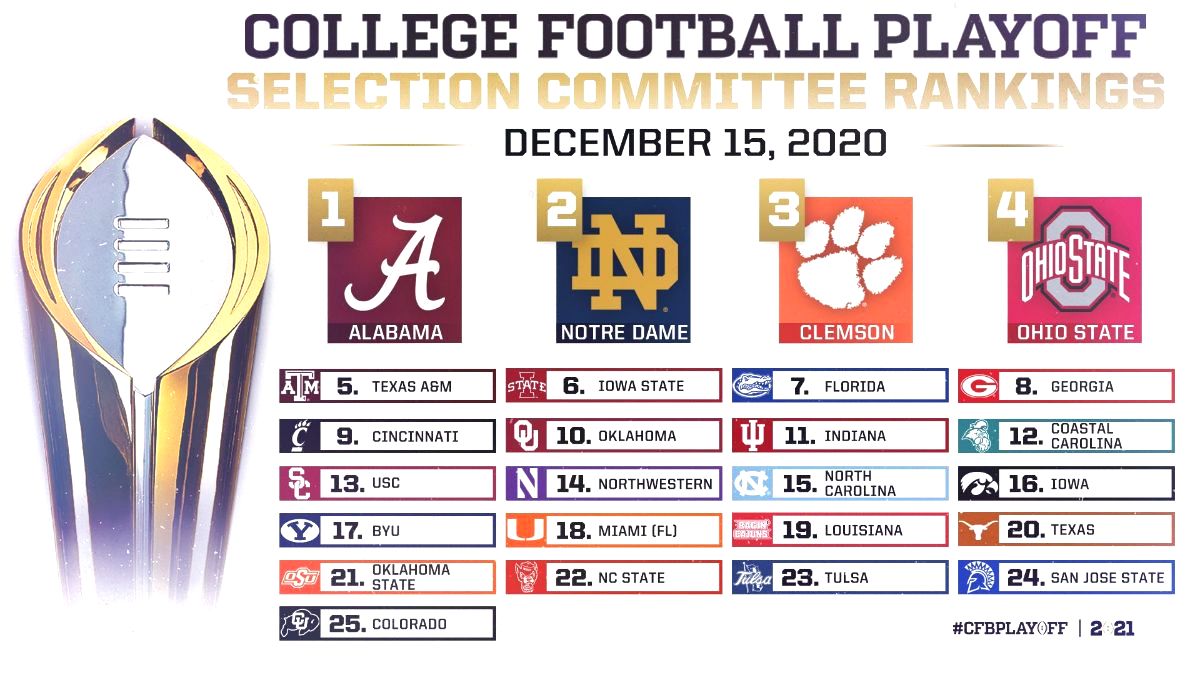 Top-4 Remain the Same, But Championship Week Could Bring the Drama

The latest College Football Playoff Rankings were revealed on Tuesday, and there were no surprises among the top four. Alabama, Notre Dame, Clemson and Ohio State remain in the driver’s seat, but a new challenger has emerged. Iowa State climbed into the No. 7 spot after Florida’s loss to LSU. The Cyclones could have a path to the playoff with a win over No. 10 Oklahoma and a loss by Clemson or Ohio State. Texas A&M is also still a one-loss option for next-team-up.

🏈 Lamar Jackson & The Locker Room
The reigning NFL MVP hurried off the field late in Monday’s game before returning to save the day. Was it a case of the cramps? Or did Jackson do something else before wiping away the Browns? (The Ringer)

🏒 NHL Power Rankings
The NHL offseason has hit a lull with not many free agent signings or trades being made over the last few weeks. Therefore, it’s a good time to reassess where all 31 teams stand after the initial flurry of roster transactions in October and early November. (NBC Sports)

🏀 Kelly Loeffler Is Embarrassing
It’s not often the owner of a professional sports team takes a photo with a man who is a neo-Nazi and former leader of the Ku Klux Klan, but that’s exactly what Kelly Loeffler did. The owner of the Atlanta Dream has humiliated the WNBA over and over. Will the league ever fight back? (USA Today)

Question of the Day?

Who do you think should win the 2020 NFL MVP Award?