We’re getting into the giving spirit this season. Reply to today’s newsletter with your hottest sports take (and why). Our favorite submissions will win some swag from The Sportsletter Store on Monday. Any and all sports welcome. The hotter the better. 🔥 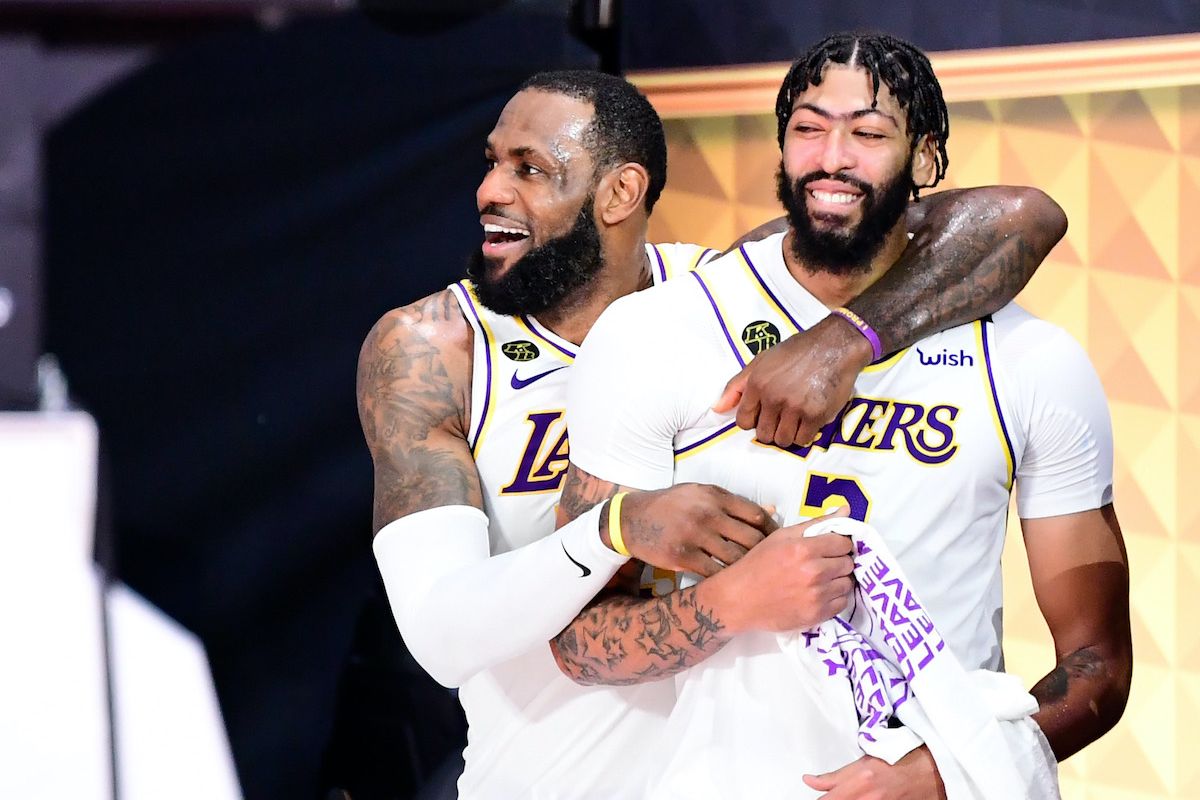 Run it back? The Los Angeles Lakers will be a force in the NBA for a long time to come. Just one day after adding two years to LeBron James’ contract — inking him to L.A. until 2023 — the Lakers re-signed Anthony Davis to a 5-year, $190 million max contract extension. Keeping AD beyond the expected end of LeBron’s career bodes well for the Lakers as they plan for the future.

Davis elevated his play during his first postseason run with L.A., averaging higher statistics across the board en route to his first NBA title.

Another 1 (Seed) Bites the Dust 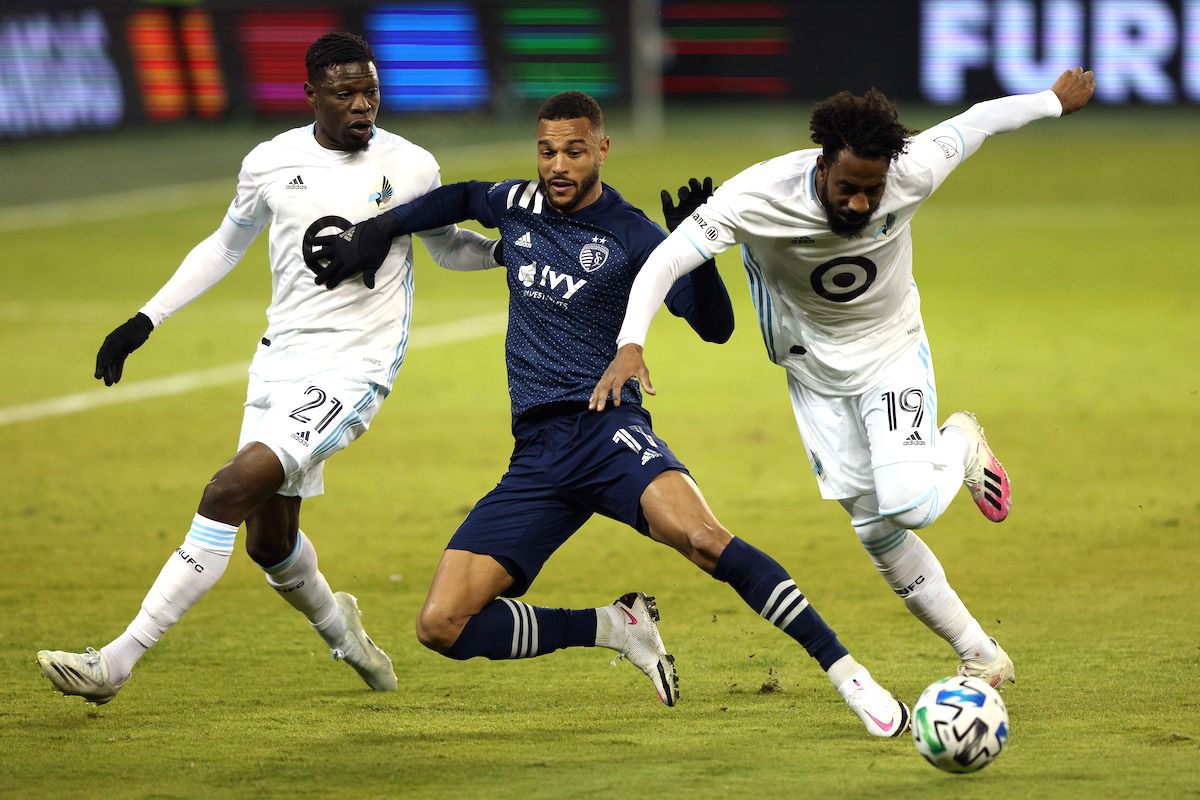 Not even close! The top-seeded Sporting Kansas City were upset victims on Thursday night in an MLS Playoff shutout shocker against Minnesota United FC (3-0). The Loons’ Kevin Molino scored twice before Bakaye Dibassy added the third in the span of a dozen minutes (27’, 35’, and 39’). Emanuel Reynoso made all three assists in the match, and Minnesota — riding a 10-match win streak — is heading to the Western Conference Finals. They’ll face the 2-seed Seattle Sounders on Monday night.

In the Shadows of Titans (Part III) 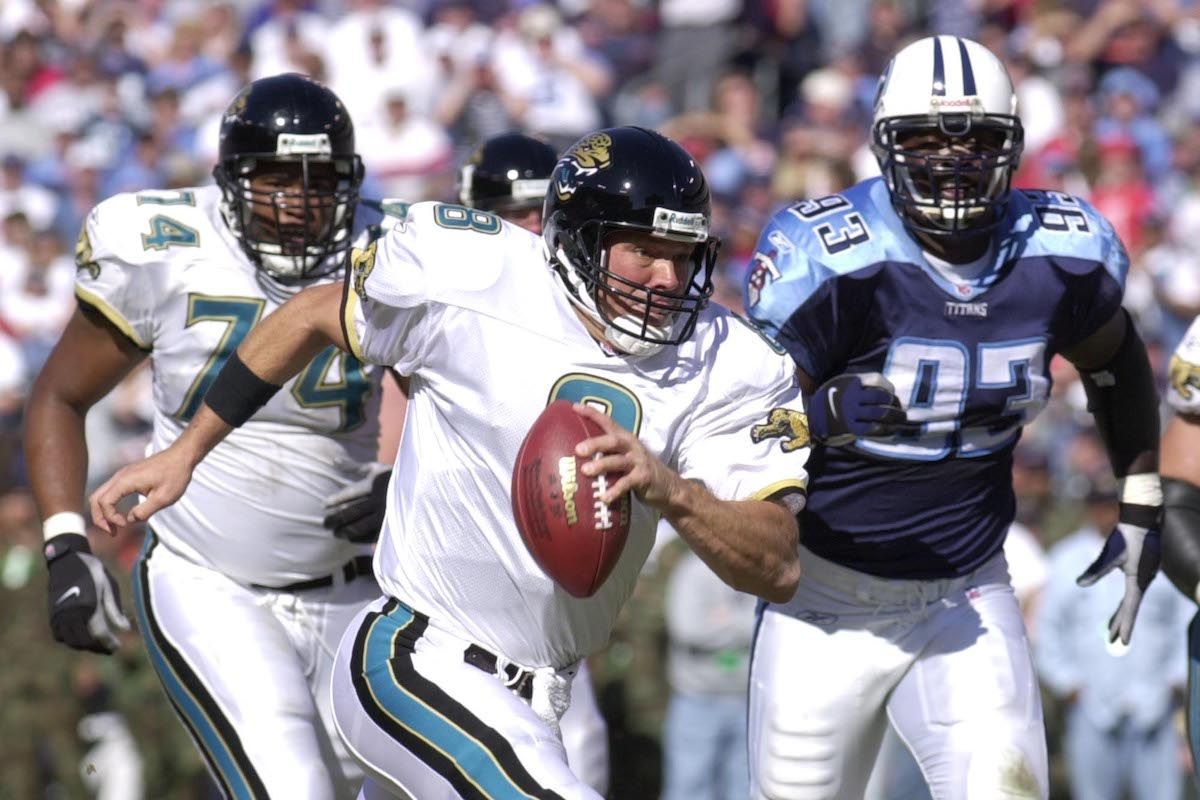 Great teams and players whose stories were forgotten because they happened to run into someone just a little bit better.

A 3-Day Series By Connor Groel (Read Parts 1 & 2 in previous editions)At 14-2, the Jaguars were the #1 seed in the AFC, finishing a game above both the Titans and the Indianapolis Colts, who were quarterbacked by some young upstart named Peyton Manning. After a first-round bye, Jacksonville hosted the #6 seed Miami Dolphins in what would be the last game of Dan Marino’s career.

Let’s just say that for Marino, there are better ways to go out. The official over/under for the game was 37.5. Three minutes into the second quarter, the Jaguars had already scored 38 points. Everyone got involved – Mark Brunell and Jimmy Smith connected for a touchdown, Fred Taylor ran for a 90-yard touchdown, and even Tony Brackens took a fumble to the house.

Miami turned the ball over seven times and the Jaguars never took their foot off the gas, demolishing the Dolphins 62-7 for the biggest playoff blowout in the Super Bowl era.

The romp sent Jacksonville to the AFC Championship Game, where they faced – you guessed it – the Titans, who had just sent Manning and the Colts packing. Including the playoffs, the Jaguars now had 15 wins on the season. Both of their losses had come to the Titans. Now, with everything on the line, the Jags had a chance for redemption and the last laugh.

But after leading 14-10 at the half, things turned south. Steve McNair rushed for a touchdown, and minutes later, Brunell was sacked in the end zone for a safety. The Titans took the ensuing kickoff to the house for a 26-14 advantage and tacked on another score late to defeat the Jaguars a third time, 33-14.

That was the knockout blow. An otherwise perfect season had been spoiled, stomped on, and now extinguished, all by the same franchise. The Jaguars would wait 18 years for another division title and trip to the AFC Championship Game. They have still never made the Super Bowl.

That ‘99 season has since been largely forgotten. But then again, the same is true for the actual Titans, who fought hard in the Super Bowl but came up one yard short.

Read Parts I & II of “In the Shadows of Titans” from previous editions this week.

Naismith Lookout: Luka Garza’s Hot Start
Iowa senior Luka Garza is proving why he’s the favorite to win this year’s Naismith Award after just three games. Garza poured in 35 points and 10 rebounds in last night’s win after tallying 41 and 26 in his first two outings. His 102 points through three games are the most by a Division I player since Steph Curry (106, 2008-09).

🏈 Separation of College Football
An influential leadership group has proposed sweeping changes to the Division I model that would distinguish the Football Bowl Subdivision from the NCAA, transforming the highest level of competition in the sport into a separate entity. (USA Today)

🏀 Rockets’ Rebuilding
The Russell Westbrook era in Houston is officially over. It’s only a matter of time until James Harden’s ends, too. Can the Rockets’ new front office pull off arguably the NBA’s most daunting rebuild? (The Ringer)

We’re heading to Couch Land this Saturday for a full day of college sports. There’s a dozen-or-more college football conference clashes with postseason implications, and a 1-v-2 matchup in college hoops Saturday afternoon. We’ll run it back on Monday.