Did you fall asleep at halftime of the Monday Night Football game? The Ravens and Browns combined for 54 second-half points in what was widely dubbed The Game of the Year. We’re here to confirm… It was. 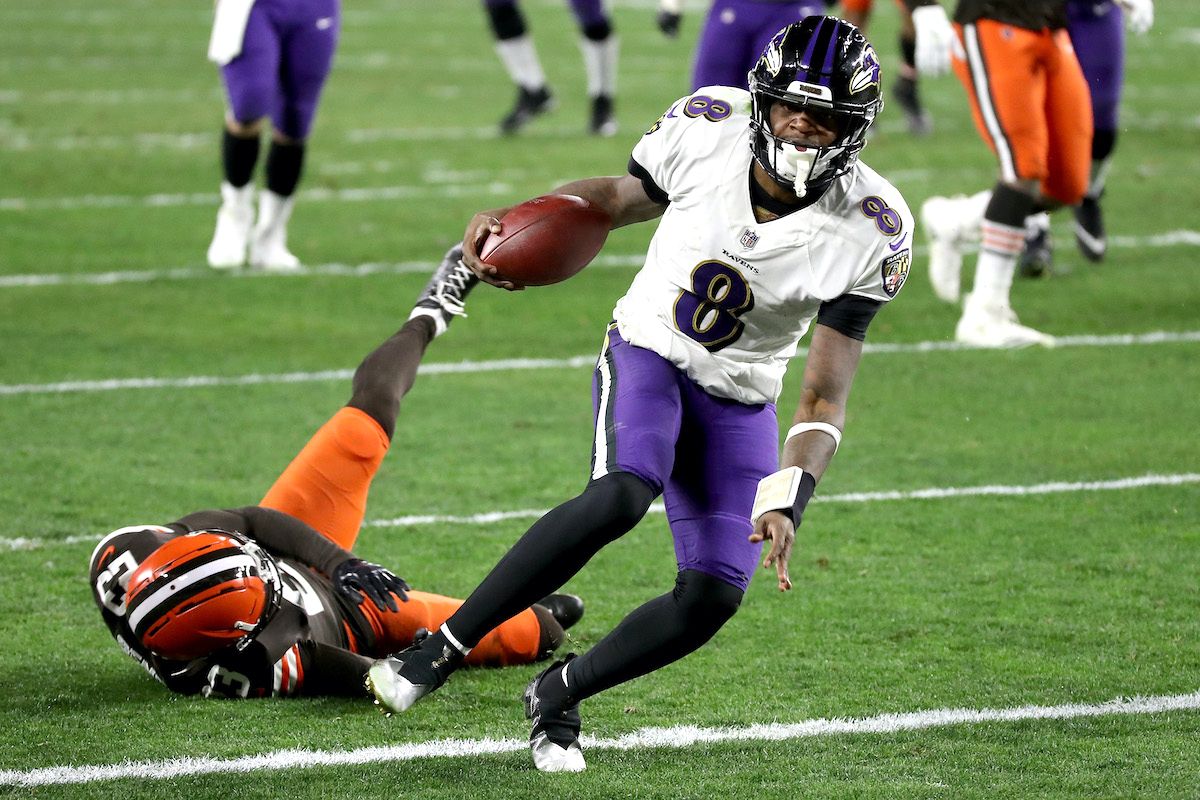 Forget what you thought about the once-undefeated Steelers running away with the AFC North. The Browns and Ravens had something to say on Monday Night Football. Lamar Jackson and Baker Mayfield delivered a show on a cold Cleveland night in front of one of the most fan-filled stadiums of the NFL season. This finally felt like the pre-2020 football atmosphere we remembered.

The Game of the Year?
The game was tied 7-7 after 22 minutes, but it was mid-second quarter when the flood gates opened. Both teams traded touchdowns until Baltimore erupted in the third quarter to take a 34-20 lead. They had a 90% win probability with a mere 20 minutes to play, but the game was far from over. Cleveland mounted a comeback to take the lead (35-34) as both teams combined for 27 points in the final seven minutes of the game… 27!

How it Ended: Ravens kicker Justin Tucker drilled a 55-yard field goal with two seconds left to take the lead (45-42). The Ravens tacked on a safety during a lateral drill on the last play of the game, which was absolutely brutal for bettors who had the Browns against the spread (+3.5). An instant classic. 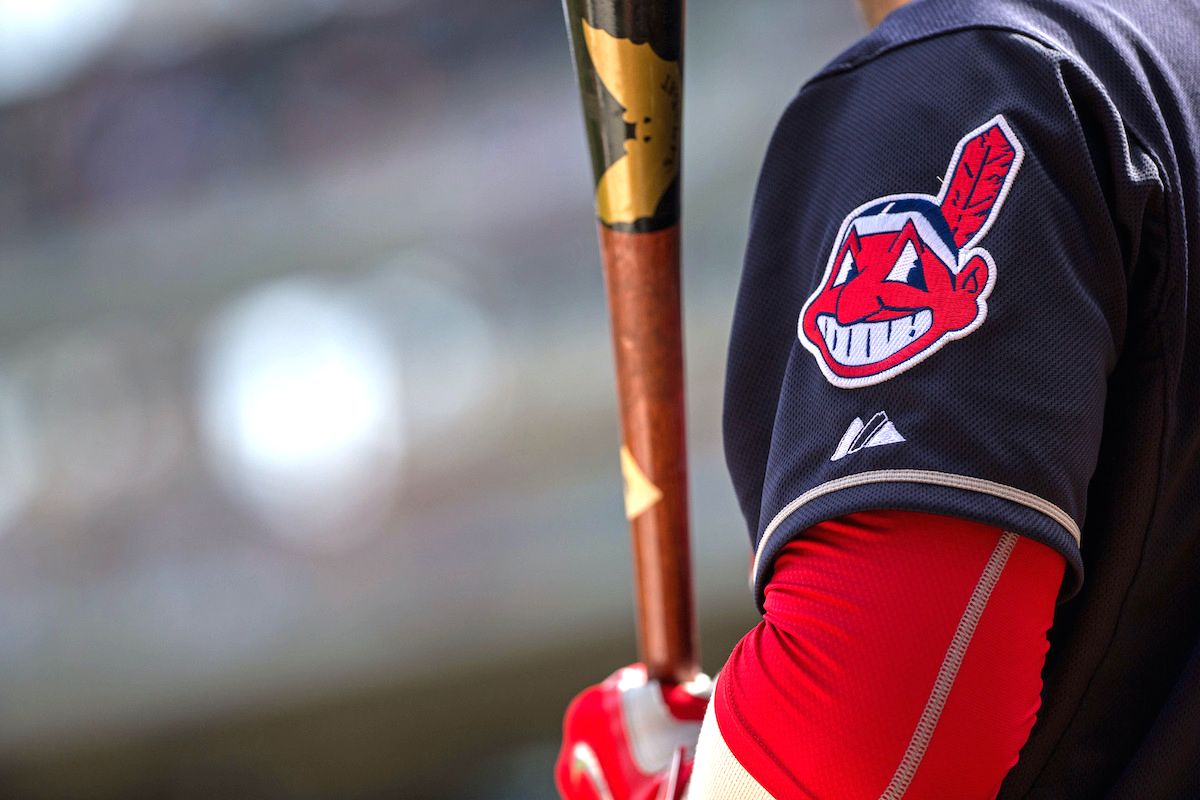 Sunday night’s breaking news story dropped in the midst of a busy weekend in sports, but it will be on ongoing topic of discussion for the next year. Cleveland will drop the team nickname “Indians” beginning after the 2021 season. That means we won’t have to call them “The Cleveland Baseball Team” all year long (ie. The Washington Football Team). The Indians’ “Chief Wahoo” logo had been a topic of racial insensitivity and social pressure for years, but abandoning the mascot and nickname altogether isn’t the plan.

Embracing History
The Indians will still use and and sell merchandise that pays homage to the team’s 105-year history of using the nickname. Owner Paul Dolan (in an interview with the Associated Press) suggests that embracing history and moving forward go hand-in-hand.

“It was a learning process for me and I think when fair-minded, open-minded people really look at it, think about it and maybe even spend some time studying it, I like to think they would come to the same conclusion: It’s a name that had its time, but this is not the time now, and certainly going forward, the name is no longer acceptable in our world.” — Indians Owner Paul Dolan (AP)

Native American Sports Names
Native American-based nicknames have been the subject of prominent sports franchises and even collegiate mascots in recent years, and there are likely more changes to come. Other nicknames in question include the Atlanta Braves, Kansas City Chiefs, Florida State Seminoles and Chicago Blackhawks.

The Cleveland ______
Now, the fun part. Washington told fans to wait until 2021 before revealing the new nickname, and it appears Cleveland will do the same. That means we have plenty of time to conjure up the next great mascot in professional sports. Here are some of the names rumored to be in play; Spiders, Rockers, Naps, Blues, Rockers, Fellers, Great Lakers and Wild Things.

Revealing the Round of 16 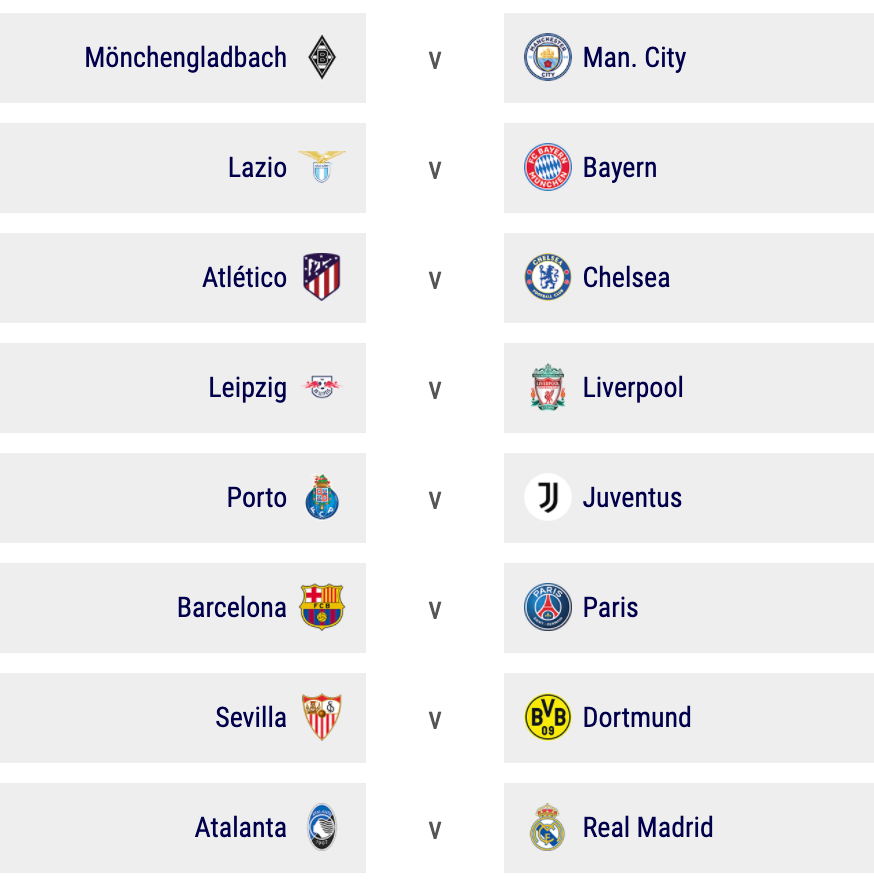 Competition to Resume in February/March 2021

The Champions League Round of 16 draw was revealed yesterday morning, and the matchups promise to provide intrigue. At first glance, the Barcelona-PSG clash features Neymar against his former club, while Juventus-FC Porto also pits Portugal native Cristiano Ronaldo against the lone Portuguese team in the field. We’ll also get a matchup of iconic brands with Atletico Madrid-Chelsea, and the underdogs in Atalanta get a crack at taking down a struggling version of Real Madrid. The tournament returns in February.

Additional Storylines
UEFA: All You Need to Know for the Round of 16
The Athletic: What We Learned From the Champions League Draw (Paywall+) 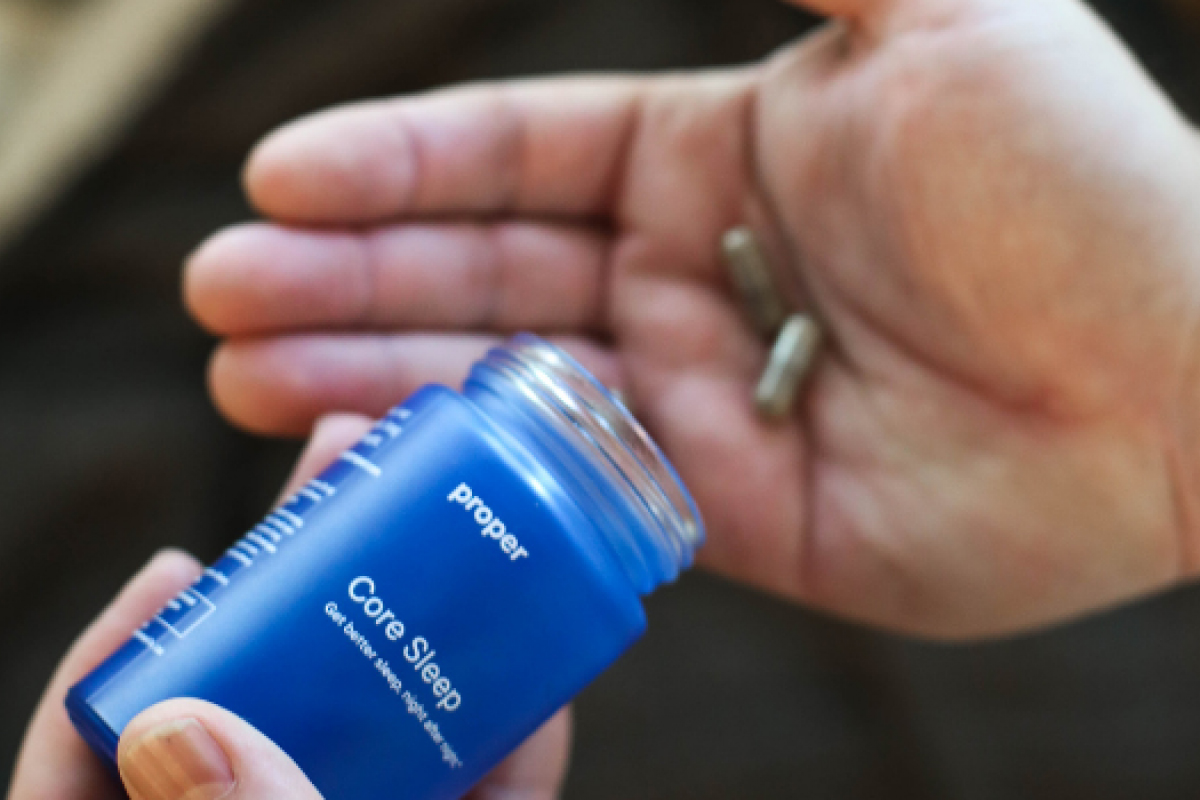 Meet Proper, the evidence-backed supplement that helps you fall asleep faster, stay asleep longer and wake up refreshed. Formulated by leading PhDs and medical doctors in sleep science, nutritional biochemistry, and integrative medicine, Proper is drug-free and non-habit forming. Made with 100% vegan, natural ingredients that are clinically proven to be effective but won’t knock you out or make you groggy.

Get a better sleep this winter… The Proper way.

For a limited time, Sportsletter readers get 10% off (and better quality sleep) with promo code SPORTS. Try Proper Today!

⛳️ Rookie Kim Wins U.S. Women’s Open
South Korea’s A Lim Kim (-4) won Monday’s LPGA U.S. Women’s Open with an unbeatable 3-under scorecard in the final round to claim her first professional title in Houston. The 25-year-old began the day five back of the lead but finished with three birdies on the last three holes. (USA Today)

🏀 Preseason Star: Talen Horton-Tucker
The Lakers’ 2nd-round draft pick in 2019 is super young, super long, and becoming a superstar of the NBA preseason. This is Talen Horton-Tucker, who proves the rich keep getting richer. (SB Nation)

🏈 Inside the NFC East Chaos
On the 14th Sunday of the 2020 NFL season, NFC East teams won more non-divisional games (three) than they did during the first 10 weeks of the year (two). They’re all separated by just three games with only three games left in the season. (Bleacher Report)

James Harden will play in tonight’s Rockets-Spurs preseason game. Despite being vocal about a trade demand, he’s under contract with Houston through 2022.

With what team do you think Harden will finish the 2020-21 season?