As if the Alex Smith comeback story wasn’t already spectacular, how about taking down the NFL’s last undefeated team?

Give this man the Comeback Player of the Year award right now. 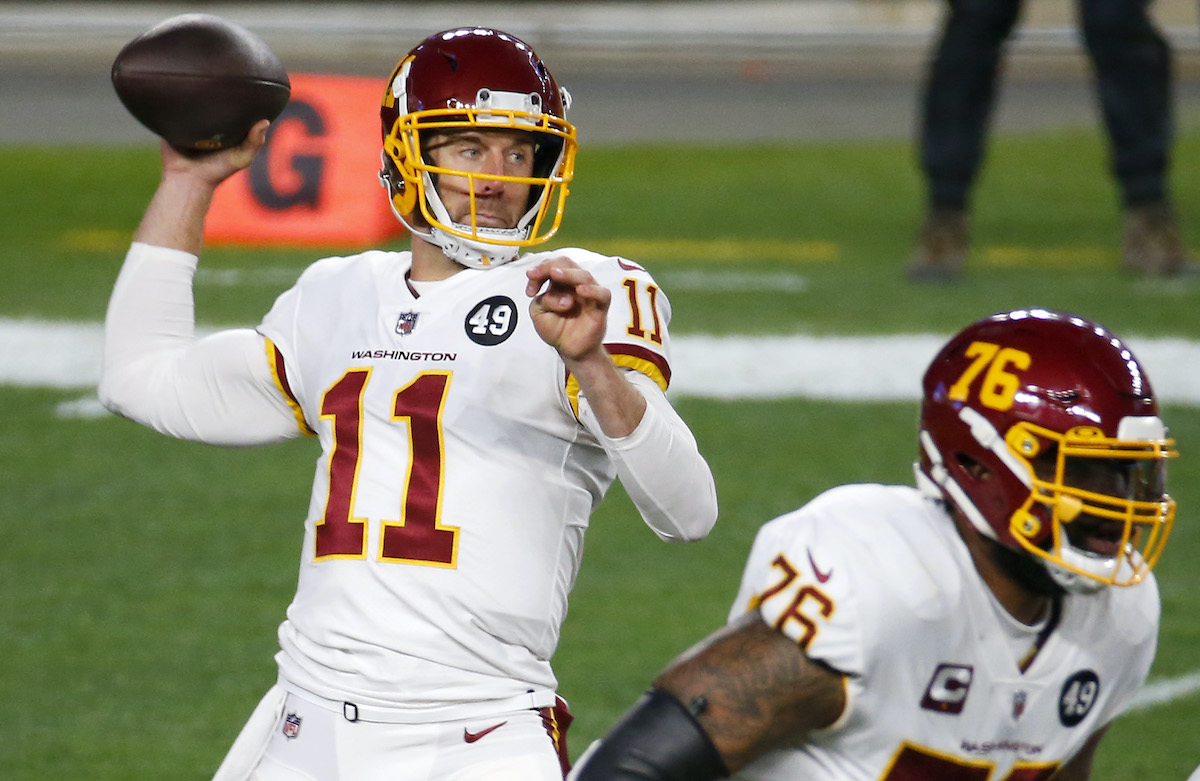 There will be no perfect season in Pittsburgh courtesy of the Washington Football Team. Call it a trap game — after the Steelers suffered severe scheduling conflicts last week — but the black and gold finally have an ‘L.’ Washington overcame a 14-point deficit last night and outscored the Steelers 20-3 in the second half. Pittsburgh dropped seven passes; the most by any team this season. And despite a bloody ankle, QB Alex Smith was sensational (31/46, 296 yards, 1 TD). Washington (5-7) has now won three in a row, and they’re 3-2 since Smith took over as the starter. Those first two losses were by a combined six points. Washington is for real…

Game 2: Bills Blast 49ers in Arizona
The second game in the Monday Night Football doubleheader featured another loss for a team impacted by COVID-19 challenges. The 49ers hosted the Bills in a “home” game in Arizona due to local restrictions in the Bay Area. The Bills ran away with this one, 34-24, behind another stellar performance from QB Josh Allen (32/40, 375 yards, 4 TDs). Buffalo (9-3) has a comfortable lead atop the AFC East, while San Francisco (5-7) are bottom dwellers in the NFC West. 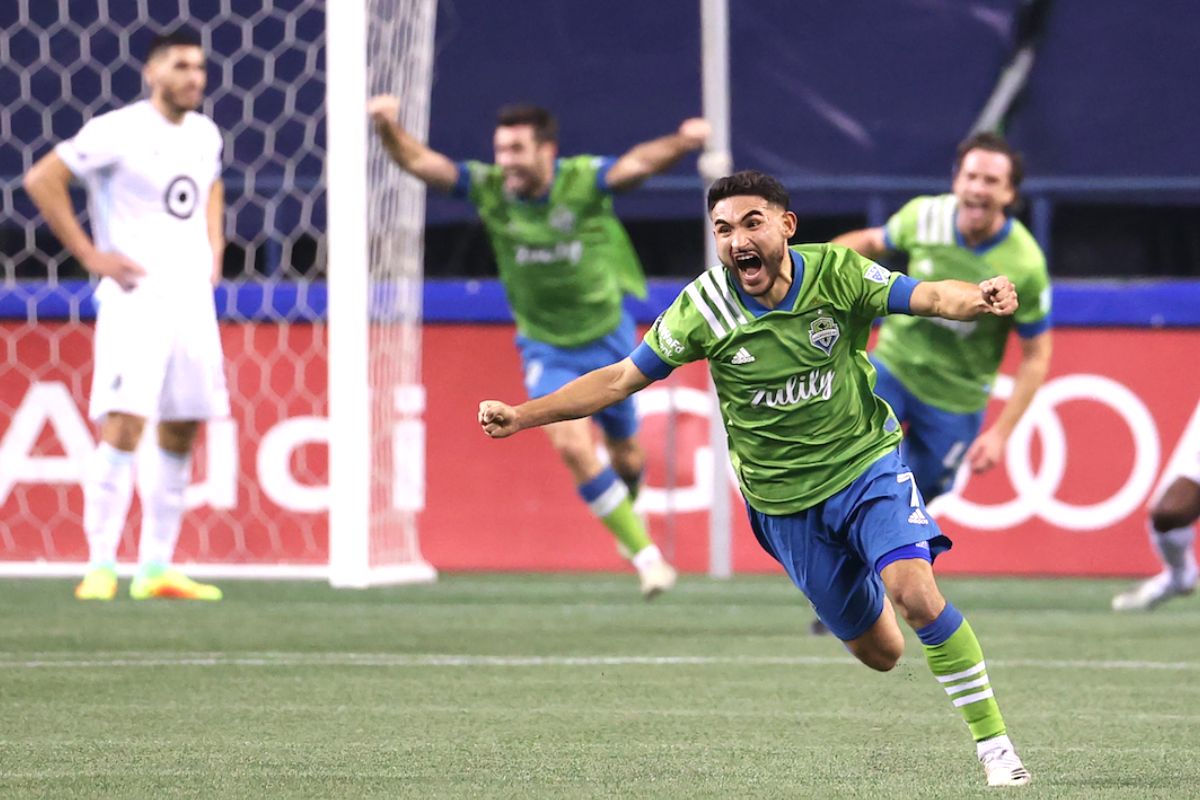 We’ll just call it what it was — One of the most unbelievable finishes in MLS Cup Playoff history. The Seattle Sounders trailed Minnesota United 2-0 with 15 minutes left on the clock in last night’s Western Conference Final, but no worry in the Northwest. Seattle got one back on Will Bruin’s 75th-minute finish, and then they turned up the pressure. Raul Ruidiaz struck the equalizer in the 90th minute off a corner kick, effectively shattering Minnesota’s spirits. With four minutes of stoppage time remaining in a 2-2 match, Seattle didn’t stop there. Another corner kick, this time from the opposite side, found the head of substitute Gustav Svensson as he placed it to the opposite post. Three goals in less than 20 minutes, and the Seattle Sounders are going back to the MLS Cup Finals.

Seattle’s MLS Cup Finals Run
The Sounders return to the MLS Cup Finals for the fourth time in the last five years. They won two of those four Finals appearances, including last year’s MLS Cup trophy.

Fun Facts: It’s the first MLS playoff game since 2002 that featured a two-goal comeback victory, and Minnesota is still winless against Seattle in all-time meetings (0-6-1). 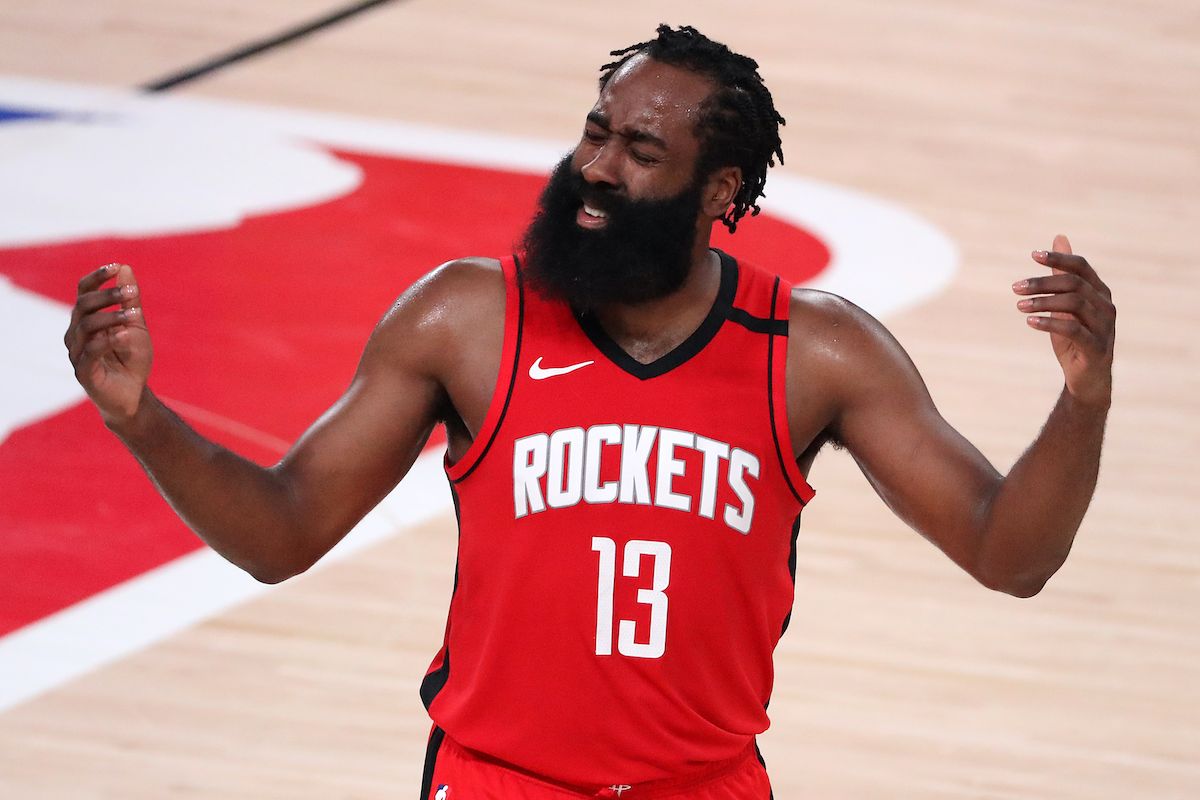 The Houston Rockets are undergoing a rebuild, whether they like it or not. The team traded Russell Westbrook to the Wizards for John Wall less than a week ago, and now James Harden is absent without an explanation. Harden missed the team’s initial workouts due to not clearing COVID-19 protocols, but he was absent again on Monday.

“There is no timetable, as far as I know. It is a setback. You want your best player to be here… He’s not here, and he has a reason, but that’s on him to tell whoever what the reason is.” — Rockets HC Stephen Silas

Harden requested a trade to the Brooklyn Nets in November, but he’s under contract in Houston for two more seasons before becoming a free agent. He also posted pictures on instagram over the weekend attending rapper Lil Baby’s birthday party.

There’s a new No. 1 in the women’s rankings and the top team in men’s college hoops is on a COVID-19 hiatus until next week. For now, here’s where college basketball stands.

🏈 Steve Kornacki Takes on NFL
If you tuned in to the Football Night in America pregame show on Sunday, NBC offered an oasis of sanity in the form of elections analyst/expert map-pointer-ater Steve Kornacki, who brought his Big Board and his Kornkhakis to break down the NFL playoff picture. (The Ringer)

🏀 NBA vs. Load Management
The NBA is implementing an updated resting policy for the 2020-21 NBA season which would prohibit teams from resting healthy players in any high-profile, nationally-televised games. Violation of the policy could result in a fine of $100,000. (Sports Illustrated)

🏒 Tough Test for NHL 2021 Season
There remain a number of hurdles that the NHL and NHLPA have to clear in order to cross the finish line in setting up the 2021 season. Here’s why the league may have a tougher time pulling it off than you might think. (CBS Sports)

Which of the four College Football Playoff teams (current) do you think will win the National Championship?