QUOTE OF THE DAY
Bernhard Langer

“A wrong decision is generally less disastrous than indecision.”

The IOC finally did it. Time will tell if postponing the Olympics was the wrong decision. Spoiler Alert: It isn’t…

Breaking News: Timberwolves forward Karl-Anthony Towns says his mother is in a medically-induced coma due to COVID-19. He’s urging everyone to take this pandemic seriously. Read More (CNN) 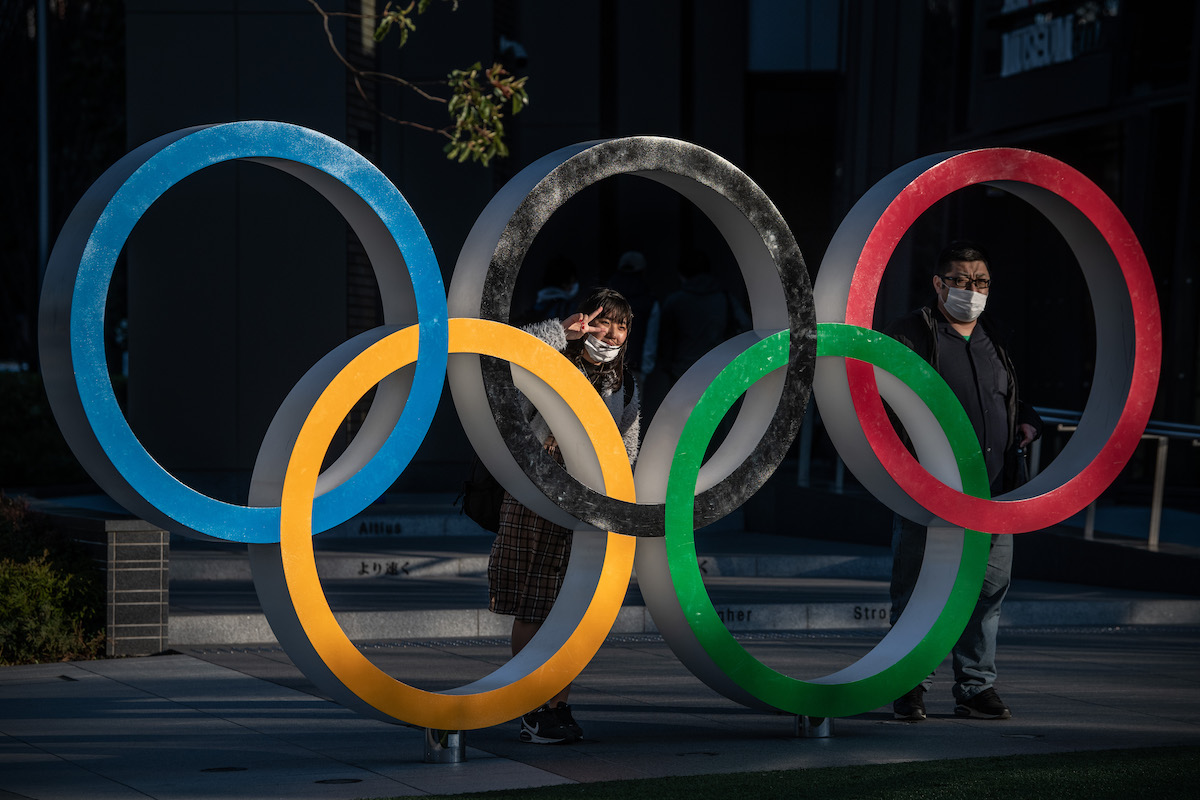 Just hours after sending yesterday’s edition about the IOC’s mixed messages, the time had come. The fallout of indecision had grown into a PR nightmare.

The 2020 Tokyo Olympics have officially been postponed due to the global COVID-19 outbreak. The postponement will push the Olympics back to the summer of 2021.

“In the present circumstances and based on the information provided by the WHO today, the IOC President and the Prime Minister of Japan have concluded that the Games of the XXXII Olympiad in Tokyo must be rescheduled to a date beyond 2020 but not later than summer 2021, to safeguard the health of the athletes, everybody involved in the Olympic Games and the international community.” — IOC Statement

The First Time Since 1944
It’s the first time the Olympics have been cancelled or postponed since 1944 (World War II). It’s also the first time in Olympic history the Games have been rescheduled for any reason other than war. We’ll have more on the fallout of postponing the Olympics in the weeks and months ahead. 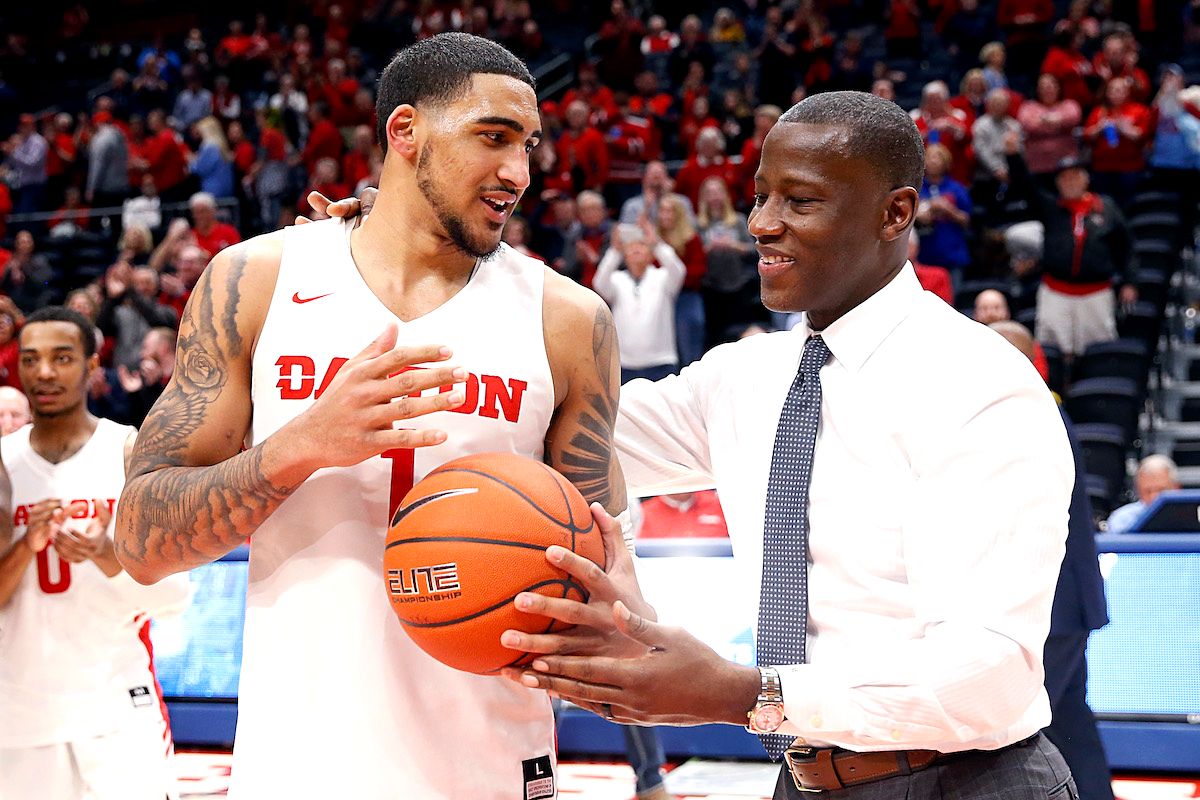 It’s not an NCAA Championship or a Final Four run, but the Dayton Flyers made history on Tuesday by sweeping the Associated Press awards. Obi Toppin won Player of the Year while head coach Anthony Grant won Coach of the Year. They’re the second player-coach duo to sweep the awards in the last 40 seasons, joining Jameer Nelson and Phil Marteli (St. Joseph’s, 2004).

The Year of the Flyers
Dayton made school history across the board in 2019-20, setting program records with an undefeated conference season, a 29-2 overall record, and a final No. 3 ranking in the AP Poll. They hadn’t been to the Final Four since the 1960s, and they were largely regarded as the underdog program that lost the most from the 2020 NCAA Tournament’s cancellation. Now, they at least have the awards to prove it.

From No. 1 Picks to Free Agents 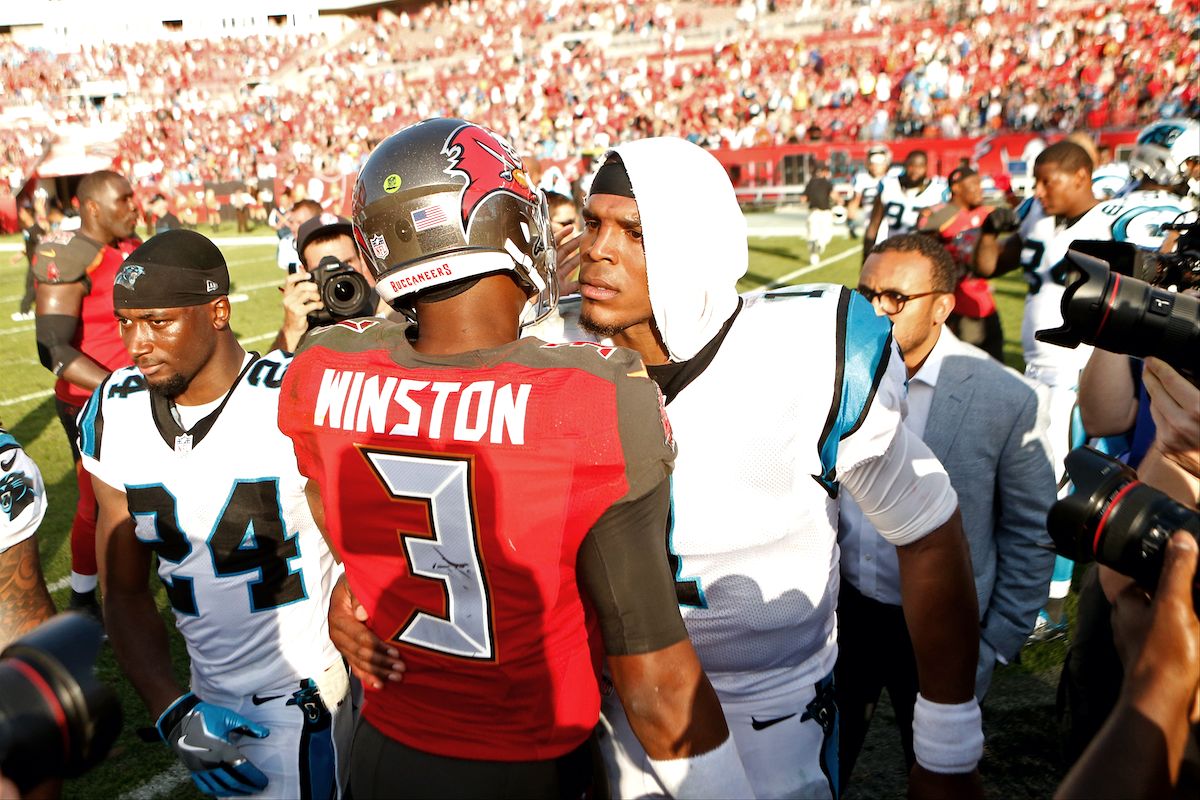 The Carolina Panthers released QB Cam Newton on Tuesday. And while it came as no surprise that Newton was leaving Charlotte, getting cut was certainly a shock after no viable trade partners were found. Now, the No. 1 picks from the 2011 and 2015 NFL Draft are free agents in 2020. Questions remain unanswered as they search for opportunity in an overloaded quarterback market.

Cut, Not Traded
That’s the baffling part. The quarterback market is so overwhelming right now, both in depth and draft prospects, that both the Bucs and Panthers couldn’t find realistic trade options after bringing in Tom Brady and Teddy Bridgewater. And now that both Jameis Winston and Cam Newton have been released, it’s hard to know if they’ll be Week 1 starters next season.

Accomplishments
Newton won Rookie of the Year in 2011, MVP in 2015, and set dual-threat QB records for passing-rushing yards in his first four seasons (since broken by Lamar Jackson). Winston, on the other hand, has been a turnover-producing nightmare, but he led the NFL in passing yards last season.

Rumored suitors for both include the Broncos, Chargers, and Patriots.

⚫️ One Striking Moment
For most, college basketball is on hiatus. For Jamill Jones, it may be worse. March Madness will forever be a harsh reminder of the coaching career that should have been. Of the time he punched a drunk stranger in Queens. Of the night he killed a man. (Sports Illustrated)

⚫️ The Best MLB Games We Ever Saw
This was supposed to be Opening Week, the time when MLB fans everywhere look forward to making a season’s worth of memories… We thought it’d be fun to take a walk down memory lane by reliving some of our personal favorite baseball moments. (ESPN)

⚫️ A New New England
“Going into free agency, I was thinking that at this stage in my career, I was ready for a change. I mean, I love New England. But after 10 years and winning three Super Bowls, something inside was telling me that I was ready for a new challenge…” (Devin McCourty, The Players’ Tribune)