Welcome back. Canada and Australia just dropped out of the 2020 Olympics. More countries will follow making the IOC’s decision to cancel only a matter of time. Meanwhile, we’ve got NFL, video games, and a new sports history throwback section today. It’s another strange but busy week ahead in sports news. 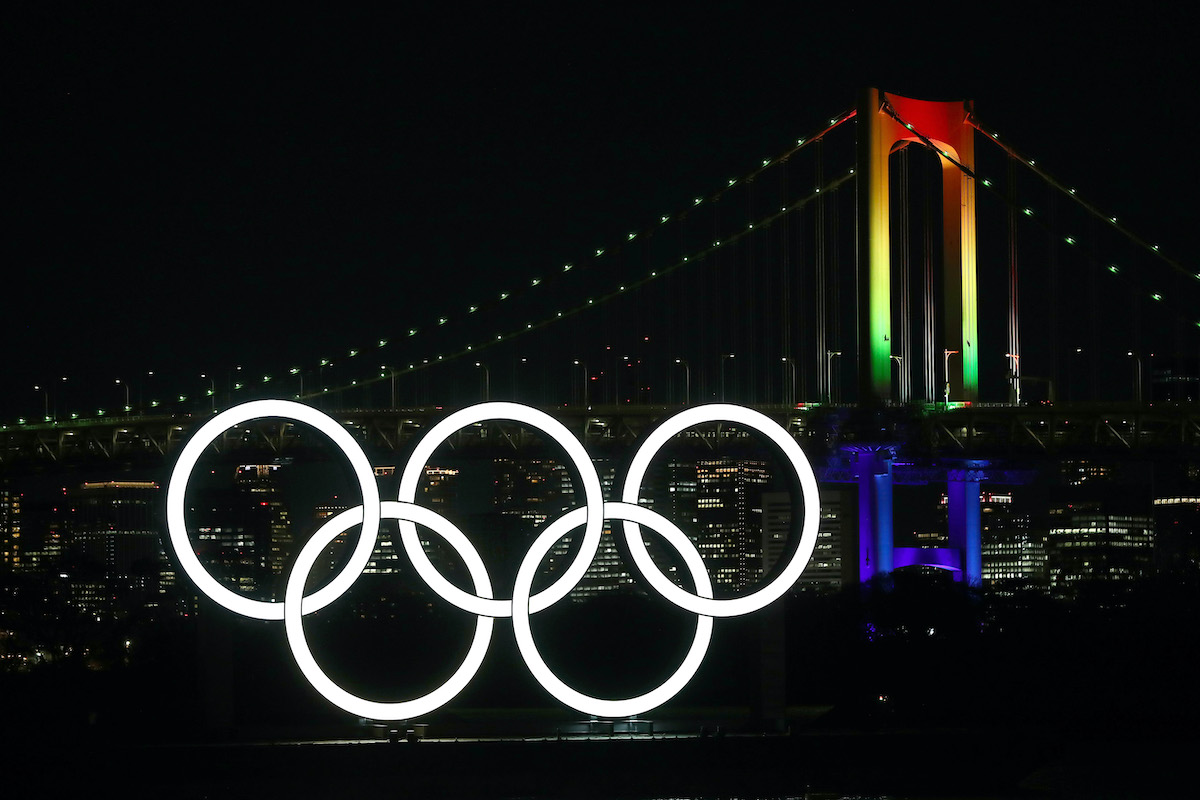 IOC Announces 2020 Olympics Will Be Decided in Next 4 Weeks

The International Olympic Committee (IOC) announced over the weekend that a decision will be reached in the next four weeks on whether or not to postpone the 2020 Olympic Games. It’s the first confirmation on record that hints toward a potential cancellation amid the COVID-19 outbreak. The IOC has stood firm in stating the Olympics will go on as scheduled in July, but it feels like the tone is changing.

Countries Bailing Out
As of Sunday night, Canada and Australia made announcements that they would not send athletes to Tokyo if the Olympics were held on schedule. If other countries follow, and they will, postponing would be inevitable.

For Consideration
The IOC made clear that it has to consider all parties involved, including the Japanese officials, global sports lawmakers, broadcasters, TV sponsors, and so many others in the joint efforts to produce the events. The global progression of the coronavirus pandemic over the coming weeks will answer questions about the late-July Games, but the majority of coaches, athletes, and officials believe a postponement is only a matter of time.

“Human lives take precedence over everything, including the staging of the Games. The IOC wants to be part of the solution. Therefore we have made it our leading principle to safeguard the health of everyone involved, and to contribute to containing the virus.” —Thomas Bach, IOC President

Free Agency: Who Went Where? 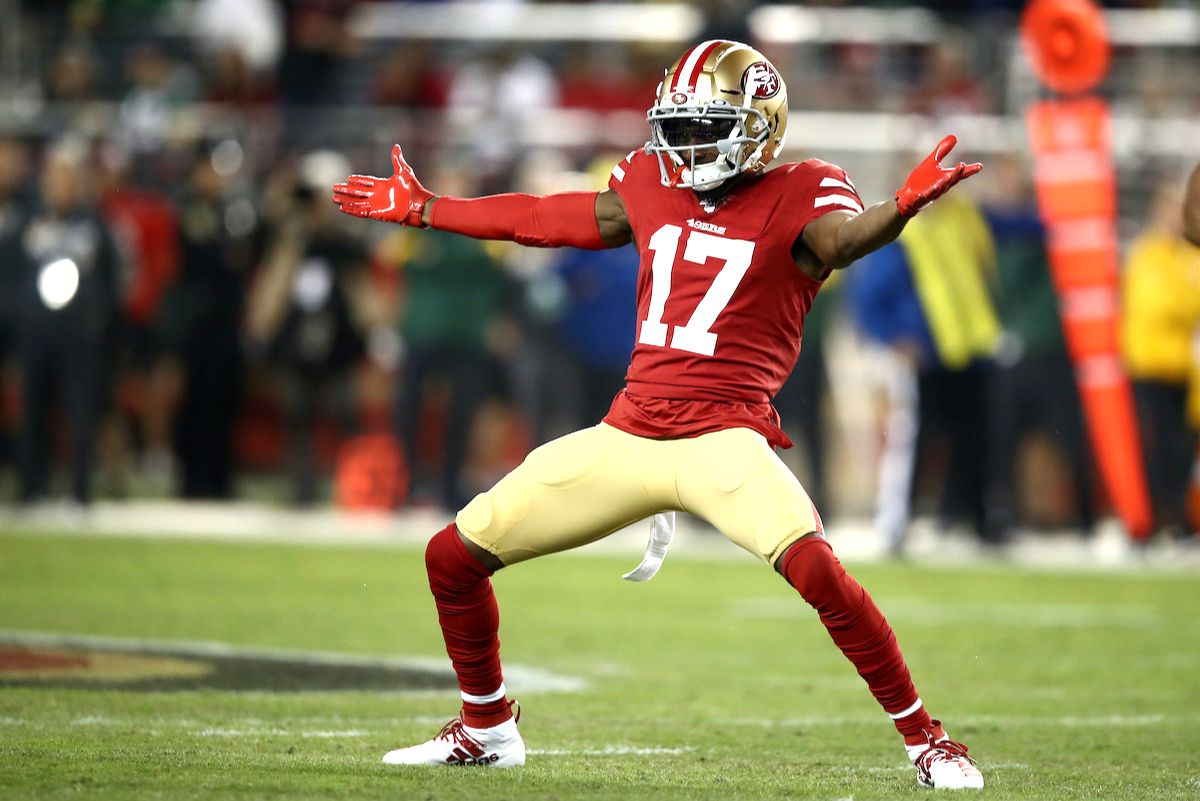 It’s the division to watch in 2020. Yes, Tom Brady joined the Tampa Bay Buccaneers, and it looks like more star-power will follow him there, but two other big-name free agents just jumped into the NFC South without flinching. Here’s the latest on the key free-agent acquisitions from the weekend:

RB Todd Gurley → Atlanta Falcons
It took Todd Gurley less than 24 hours to find a new home after being cut by the Rams last week. The former rushing champ returns to his home state of Georgia to join the Falcons offense on a 1-year deal worth $6 million. (ESPN)

WR Emmanuel Sanders → New Orleans Saints
Two-time pro bowl pass-catcher Emmanuel Sanders is joining a loaded Saints offense with a 2-year, $16 million contract. The deal puts him in New Orleans for the remainder of Drew Brees’ contract, and he goes from one SB contender to another. (SI)

CB Pierre Desir → New York Jets
After signing a 3-year, $22.5 million contract in Indianapolis, the Colts cut the 29-year-old corner who was a former first-round pick. With a need at CB, the Jets scooped him up for a bargain — 1-year, $5.5 million. (CBS Sports)

WR Nelson Agholor → Las Vegas Raiders
Not the biggest name in free agency, but Agholor’s viral inability to catch the football makes this newsworthy. The former first-round pick was the subject of internet jokes for multiple years in Philadelphia, but Jon Gruden is giving him a shot on a 1-year deal. (NBC Sports) 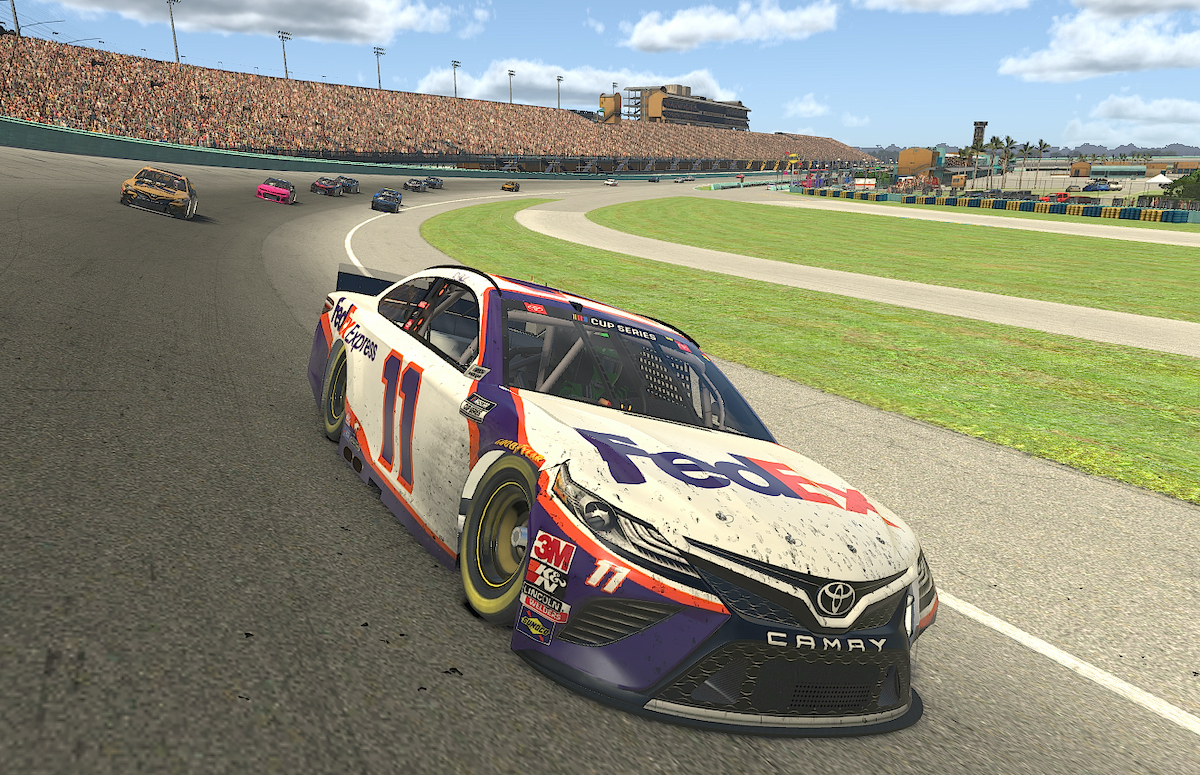 Look at the picture above. Do your eyes deceive you? No, that’s not a packed house at Homestead Miami Speedway. It’s a video game, and it’s NASCAR’s first during an event-free spring. Denny Hamlin took the checkered flag in Sunday’s NASCAR iRacing Pro Invitational as he held off Dale Earnhardt Jr. in the final corner and bested a field of 35 drivers. Better yet, he raced barefoot from a $40,000 simulator in the comfort of his own home. The event aired on FS1, and it was called by Jeff Gordon and Mike Joy as if it were a real race.

In the end, Hamlin and other drivers, alongside the race sponsor Dixie Vodka, donated tens of thousands of dollars to support people impacted by COVID-19. 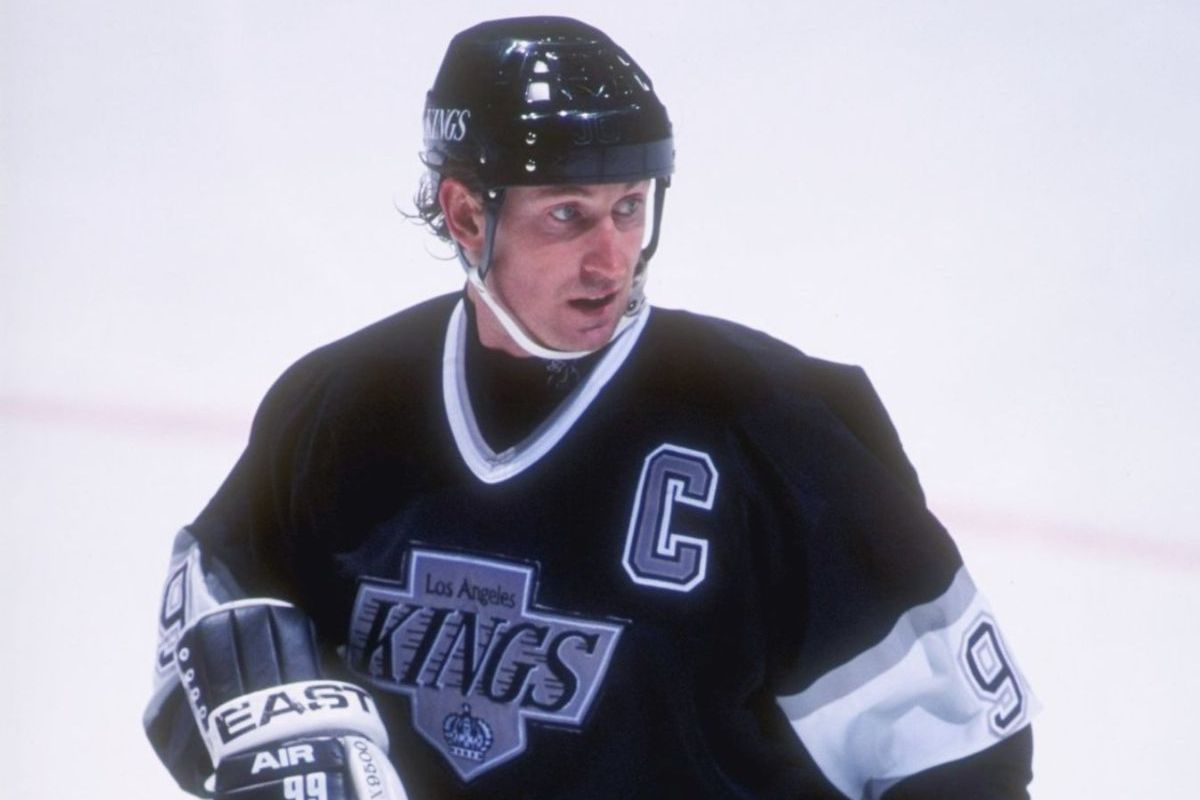 Mar. 23, 1994 — On this day in sports history, The Great One became the greatest. In a regular-season game between the L.A. Kings and Vancouver Canucks at the Los Angeles Forum, Wayne Gretzky scored his 802nd goal — a give-n-go with Marty McSorley — to pass his idol Gordie Howe for the most goals in the NHL history. The record-setter gave Gretzky the NHL record-book hat trick; leader in assists, points, and goals. He went on to score 92 more and finish his career with 894.

How do deals for Tom Brady, Amari Cooper and other key players come together? Meet the power brokers behind the biggest moves in 2020 NFL agency…

How do you think The Sportsletter should handle content for the next month without sports? (click to vote)

⚫️  Keep It Coming
I still want to read a full daily newsletter about the latest happenings until games return.

⚫️  Take It Easy
There’s not much going on, so let’s stick to the basics until things go back to normal.

⚫️  Ramp It Up
I want all the sports content I can have right now. Blast me with all the features and interesting stories you can find.