QUOTE OF THE DAY
Tim Duncan

“It’s night and day to be in the big-boy chair.” 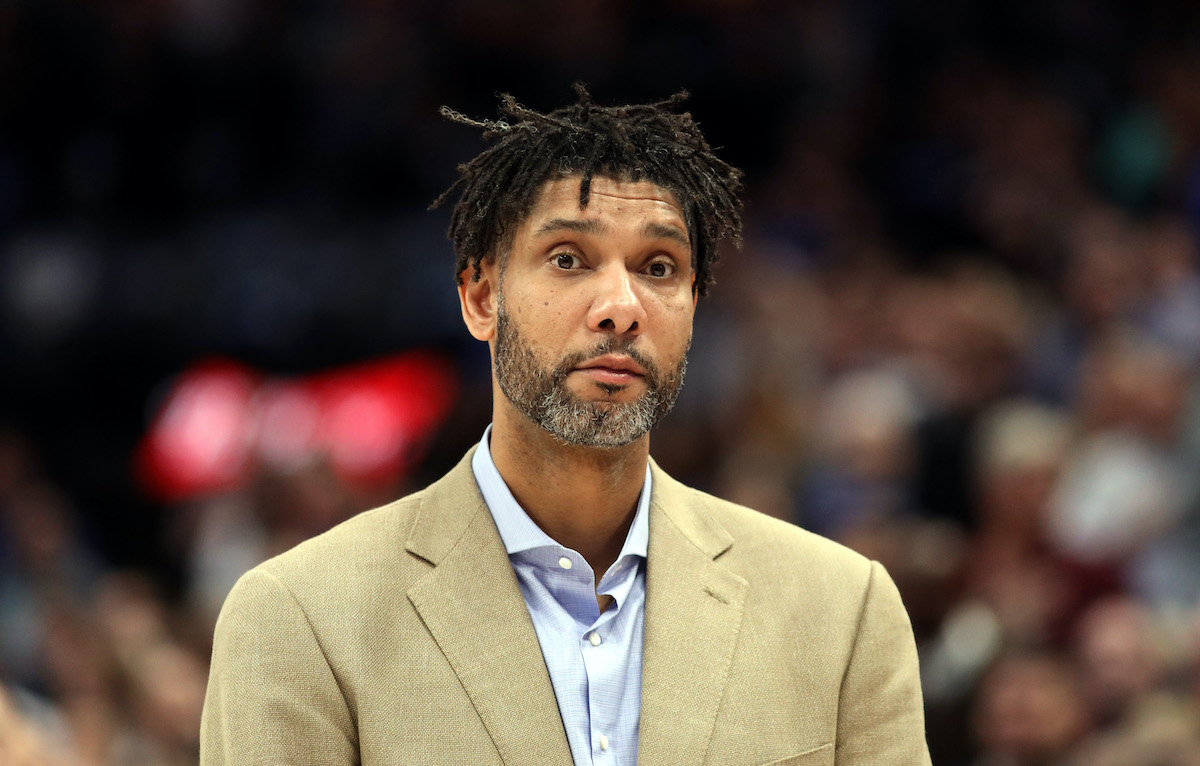 Spurs under Timmy? 1-0. San Antonio beat Charlotte last night (104-103) in a game among non-playoff teams with little significance, but it was a strange sight to see 15-time all-star and Spurs legend Tim Duncan pacing the sideline. Head coach Gregg Popovich was not in attendance for personal reasons, and ‘The Big Fundamental’ filled in.

“It’s night and day to be in the big boy chair. But truth be told, I wasn’t in the big-boy chair. We’ve got Becky [Hammon] and Will [Hardy] and Mitch [Johnson]… I was the only one just standing there screaming at people — nonsensical stuff.” — Tim Duncan

– LeVert Goes Off: After losing Kyrie Irving for the rest of the season, the Nets went into Boston and beat the Celtics in OT (129-120) thanks to a career-high 51 points from Caris LeVert. The fourth-year swingman shot 65 percent from the field, and he’s proven to be the perfect third option for Brooklyn when Kyrie and Kevin Durant return next season. (NBA)

– Kawhi Season is Here: With 50 days until the NBA Playoffs, the Clippers are beginning to unleash Kawhi Leonard. The Klaw dropped 25 in a rout of the Thunder (109-94), and he’s now scored 25-or-more in 18 of the last 22 games since the start of 2020. The Clips own a league-best five-game win streak, and they’re undefeated this season when everyone is healthy. (HoH) 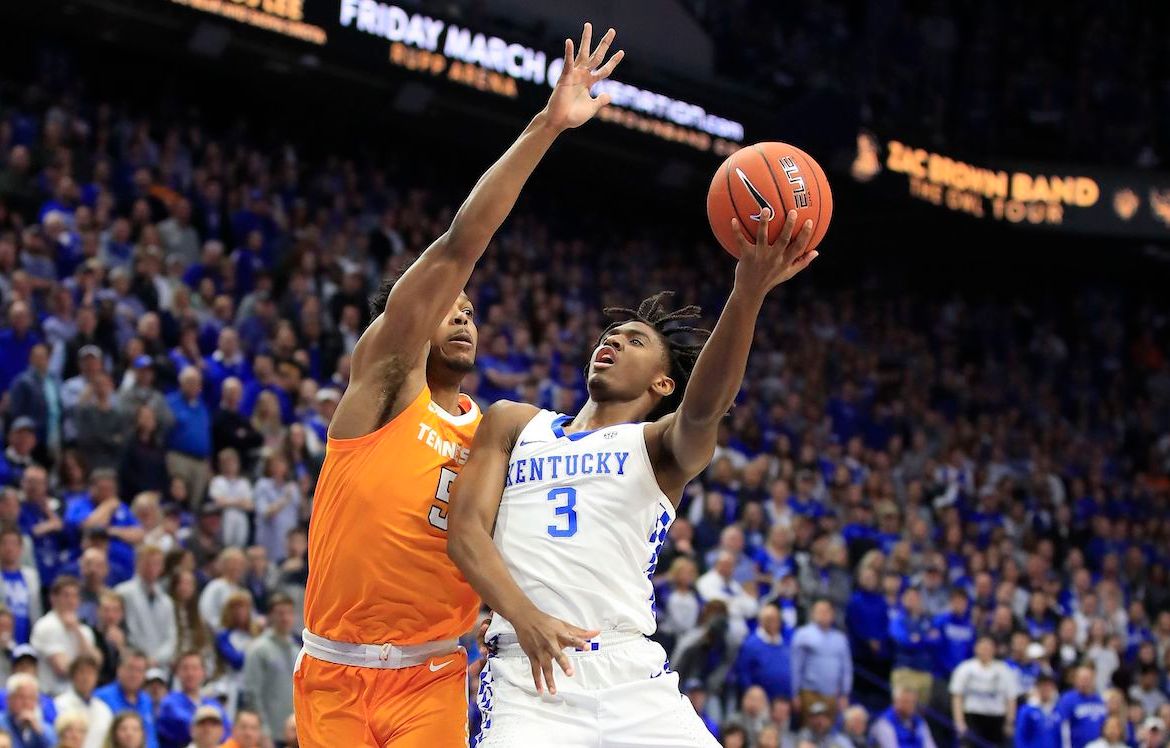 Tired of this storyline yet? Stop the madness! What’s happening in college basketball is unprecedented. Only two top-10 teams were in action on Tuesday night, and they both lost to unranked opponents. Five ranked teams took the court overall, and four were losers. The Top-10 curse we’ve been following on a nightly basis has now struck 43 teams this season. That’s 16 more than last year’s 27 and at least a dozen more than any other season in the last decade.

Rutgers Upsets #9 Maryland (78-67)
The Terps lost for the third time in four games to unranked Rutgers. Jacob Young came off the bench to drop 17 points for the Scarlet Knights. (BTN) 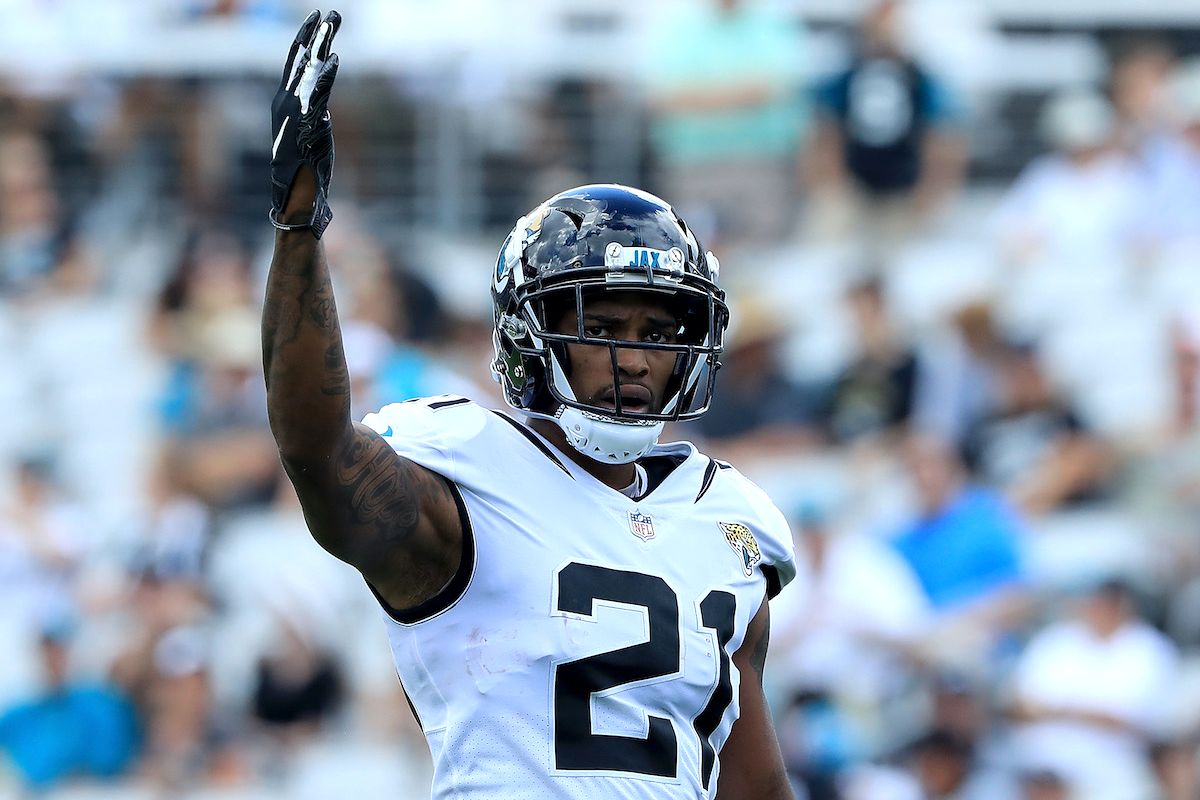 Highway robbery. It’s the first of many pre-trade-window agreements in the NFL offseason, and it was a big one. The Denver Broncos sent a fourth-round pick in the 2020 draft to the Jacksonville Jaguars for Pro Bowl cornerback A.J. Bouye. In what looked like an absolute steal for Denver, the Jags removed Bouye’s $15 million cap hit next season, but they’ve now sent away two of the best cornerbacks in football in the last six months — Jalen Ramsey and Bouye. The trade cannot be made official until the start of free agency/trading period on March 18.

Grading the Bouye Trade (For the Win)

Other NFL News & Rumors
B/R: Jaguars Looking to Deal QB Nick Foles Next
NBC Sports: Tom Brady to 49ers Conversations are ‘Getting Real’
247 Sports: Are Redskins Really Interested in Tua at No. 2?

Brewers Determined to Lock Up Yelich 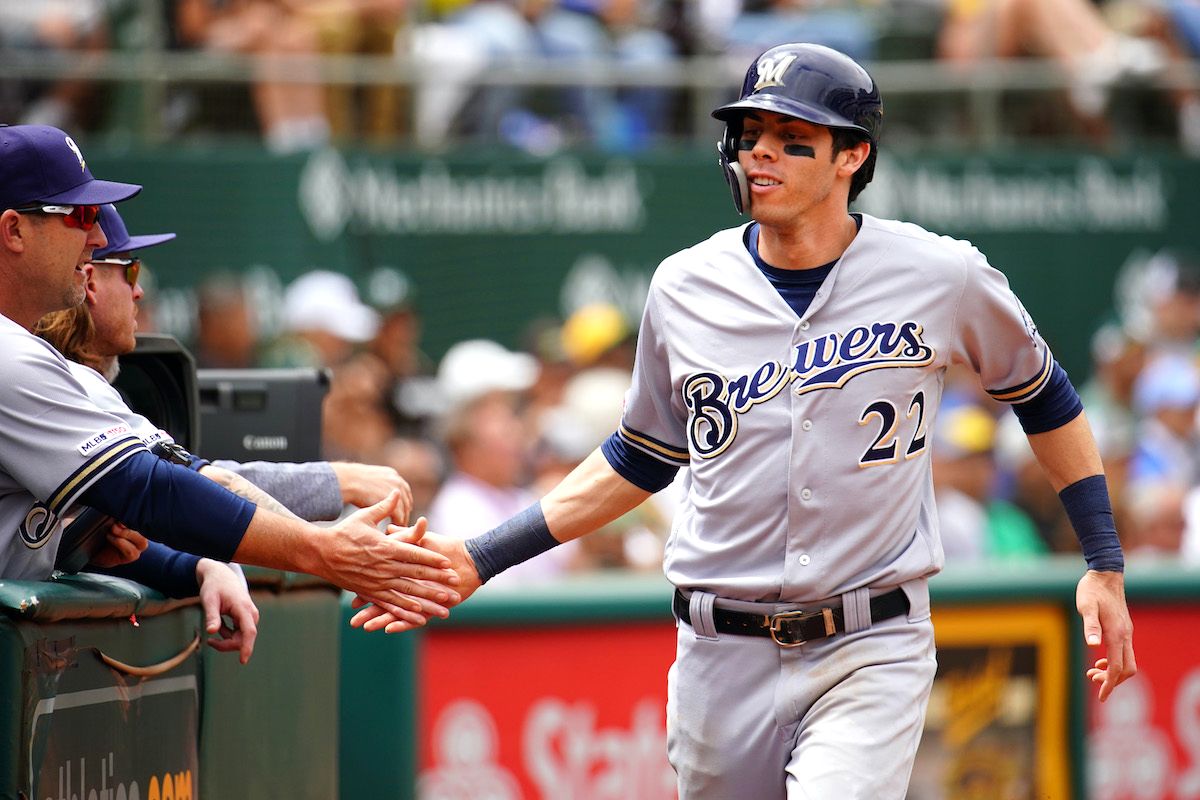 The final contract details aren’t yet ironed out, but The Athletic reported yesterday that Christian Yelich and the Brewers are nearing a massive contract extension. The 2018 NL MVP and two-time batting champion was set to become a free agent after next season. Instead, he’ll remain in Milwaukee for a stunning 8-year, $215 million extension with a ninth-year option. At 28 years old, the deal would keep Yelich in Milwaukee through age 38 (2029).

Yelich’s 2019 season was cut short with a knee injury, but he’s been the second-best hitter in baseball (batting average and OPS) behind Mike Trout in the last two seasons.

Five years ago, Josh Speidel suffered a traumatic brain injury in a car accident when he was a senior in high school, shortly after the former prep standout and three-star recruit committed to playing for Vermont.

On Tuesday, Speidel made his first Division I start, on Senior Day, and he registered the first points of his collegiate career…

🏒 NHL: The B’s Best the Bolts
Tuesday’s marquee NHL matchup saw the Bruins hold off the Lightning (2-1) in a matchup of the top-two teams in the Eastern Conference. Boston now has a nine-point lead over the rest of the East. (SportsNet)

⚽️ SOCCER: Liverpool Loses Again
For the second time in three days, Liverpool lost in England. Tuesday’s FA Cup exit came at the hands of Chelsea in a 2-0 defeat. Willian and Ross Barkley scored for the Blues. (FA Cup)