It’s the end of Week 2 in a sports-free spring, and three more events just got moved. April features a pair of drafts (NFL and WNBA), and hopefully some clarity as leagues solidify plans and strategies. Still lots to talk about. Enjoy today’s quick recap before a weekend of uninterrupted family time.

A Plan for Baseball 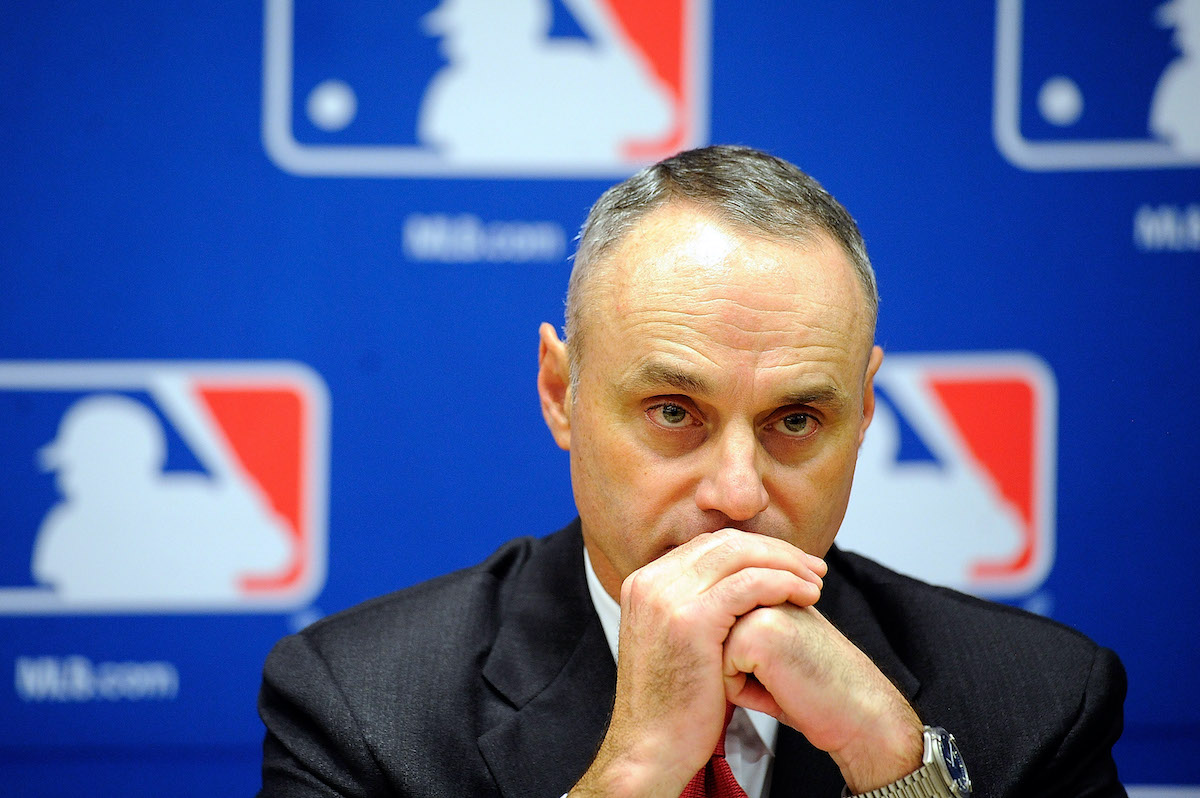 There’s no start date yet, but many expect baseball to not be played until July. In the meantime, the MLB and MLBPA agreed to terms on service-time and contract negotiations for the abbreviated 2020 season. The agreement should be ratified by MLB owners today at Noon ET. Here’s what it means…

Pay & Contracts
With games postponed beyond April and May, the league owners will pay players an advance of $170 million for the first two months. In the unlikely event that the season is cancelled entirely, players will still keep the advance. That $170 million will be divided into four tiers of players with the majority going to guaranteed contract players. Player contracts will also come into play, and all players league-wide will receive a year of service time for the 2020 season.

The MLB Draft
This year’s draft is likely to be held in July instead of June, and it will consists of just five rounds. Next year’s draft has an optional 20-round reduction from the typical 40, if necessary. 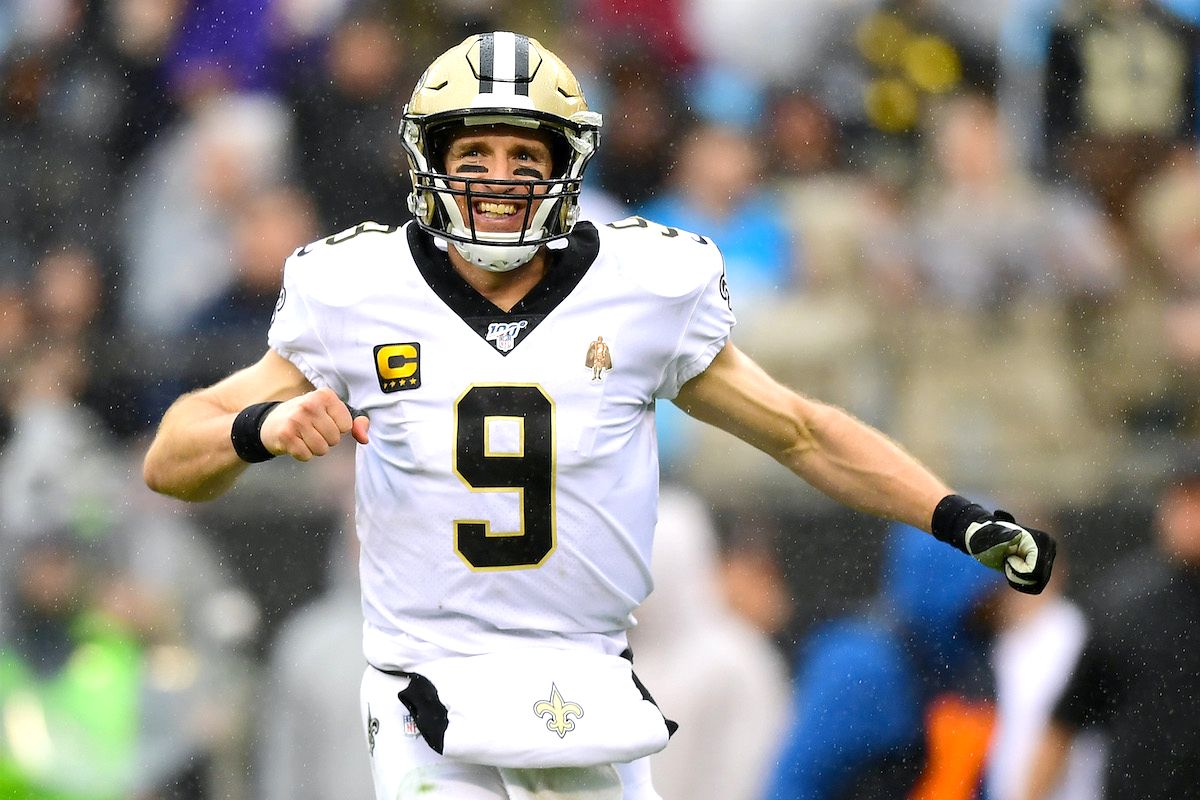 For context, $5 million is 20% of Drew Brees’ annual salary with the New Orleans Saints. For more context, the state of Louisiana has one of the fastest-growing COVID-19 rates thanks in large part (many believe) to last month’s Mardi Gras celebration. Reports suggest New Orleans could be the next epicenter of the outbreak, but the Touchdown King is stepping up with the largest donation yet from a professional athlete.

“We will be mobilizing our partnerships with Second Harvest Food Bank, Ochsner Health Systems, Walk-Ons, Jimmy Johns, Smalls Sliders and Waitr to prepare and deliver over 10,000 meals per day throughout Louisiana for as long as it takes to children on meal programs, seniors, and families in need. Let’s all do our part, maintain hope, and get through this together.” — Drew Brees 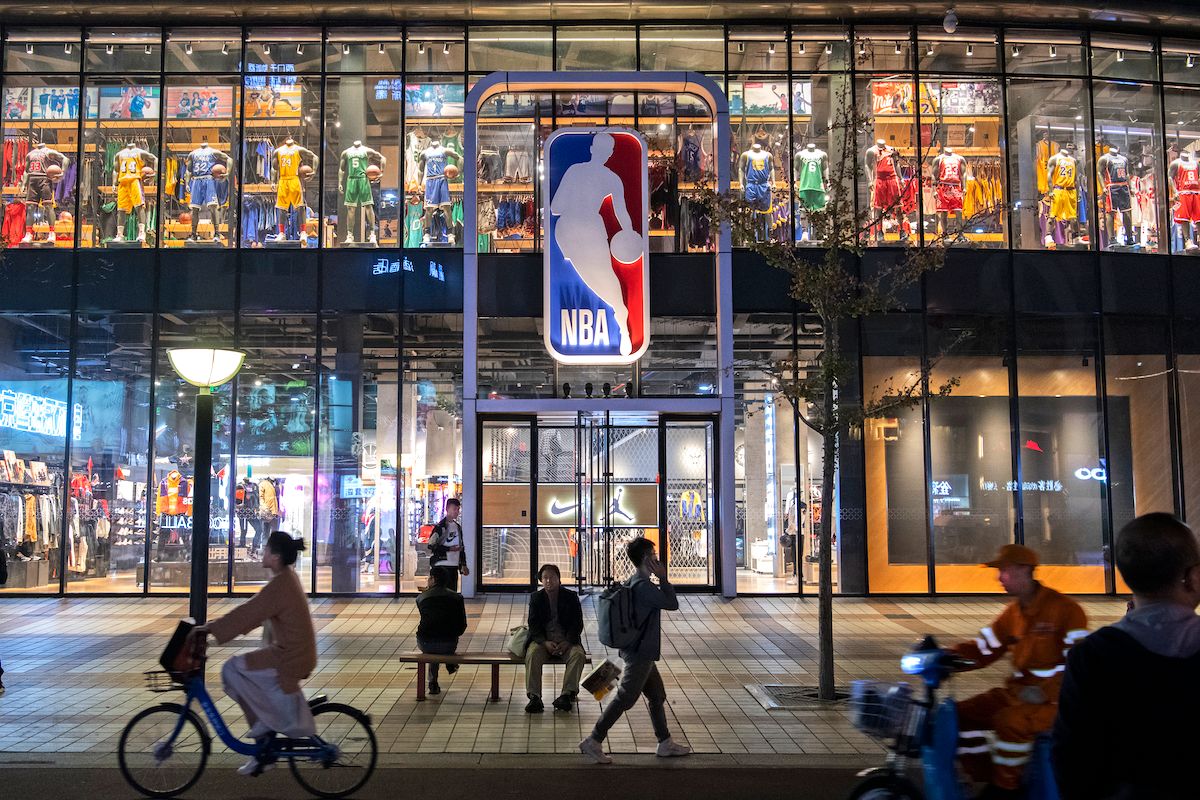 The first league to shut down due to the coronavirus outbreak is now the first league to make pay cuts for league office employees. The NBA — headquartered in New York City — announced a 20 percent pay cut for roughly 100 of the league’s top-earning executives on Thursday, including commissioner Adam Silver. In doing so, the league believes it can avoid any layoffs or impacts to administrative employees and support staff. The move also makes it easier for the league to convince players that pay cuts are necessary in the near future.

What About the 2020 Season?
Unlike MLB, the NBA is still exploring options for when and how to resume play. Multiple ideas are being tossed around, including a 30-team playoff tournament at a singular location in June.

The Red Sox Report is Coming 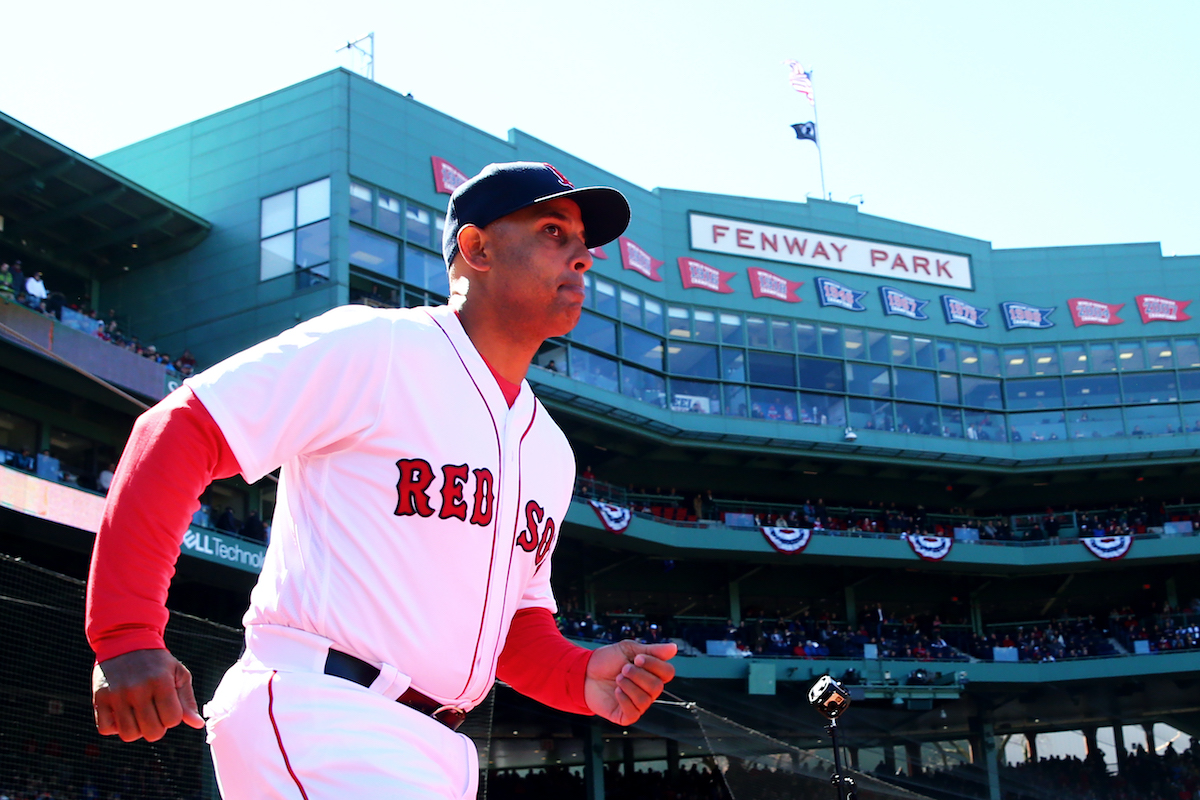 Commissioner Says Sign-Stealing Report Will Be Published Before Season Begins

The tough times in Titletown keep coming. Boston waved goodbye to Mookie Betts and Tom Brady so far in 2020, but it’s about to get worse. MLB Commissioner Rob Manfred said the investigation into the Red Sox’ 2018 sign-stealing allegations is complete, and the final report will be shared before play resumes. While the team has already parted ways with World Series winning manager Alex Cora, details of the team’s sign-stealing involvement could lead to a similar Astros-like treatment from fans when the season starts.

“We are done with the investigation,” Manfred said. “There has been a delay in terms of producing a written report just because I, frankly, have not had time to turn to it with the other issues. But we will get a Boston report out before we resume play.” — MLB Commissioner Rob Manfred 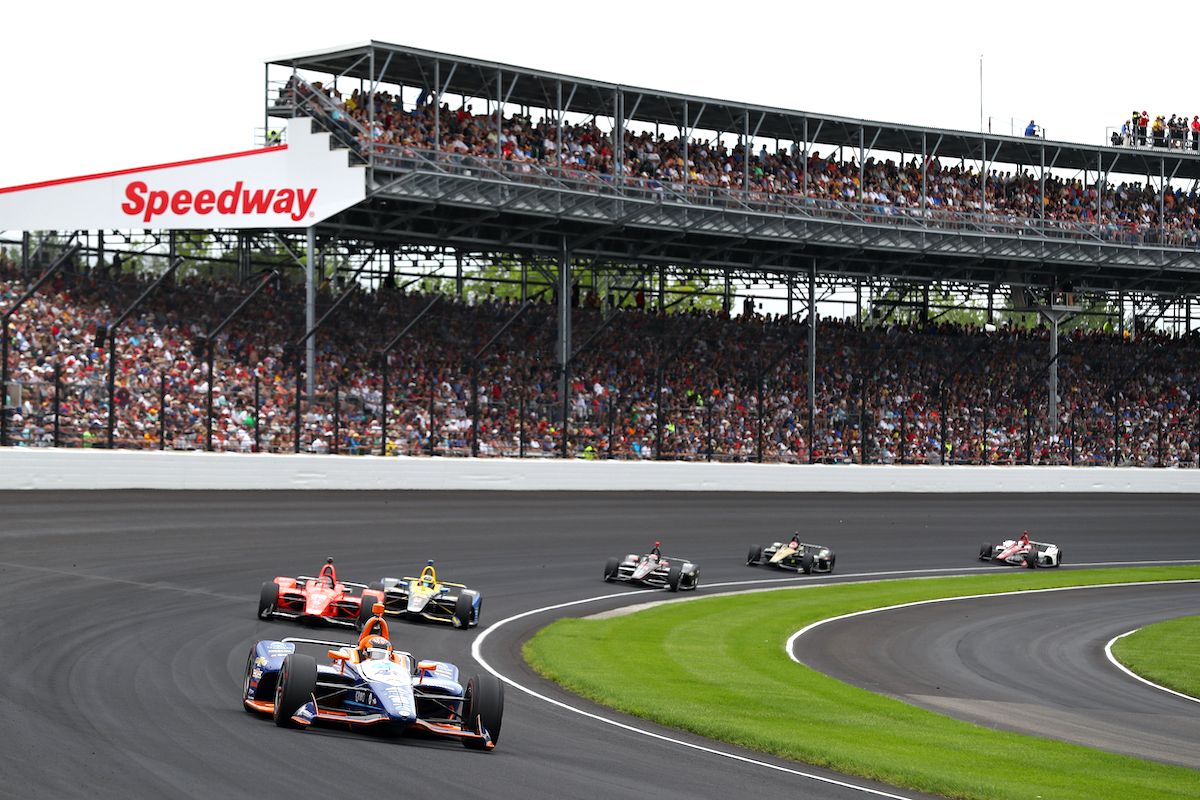 More one-time sporting events got the push-back on Thursday due to the COVID-19 outbreak. Last week, we saw The Masters, Kentucky Derby, and Boston Marathon get moved from April to September. Now, May and June events have been rescheduled.

⚫️ Wimbledon (June 29 → TBD)
The All England Club hasn’t officially postponed the world’s premier tennis tournament, but they are holding an ‘emergency meeting’ next week to discuss the June 29 event. Expect Wimbledon to be next. (CNN)

*With the exception of Wimbledon, all major sporting events through July have seen a rescheduling. Aside from the potential of a summer return featuring fan-free games in major sports leagues (NBA, NHL, MLS, MLB), we’re now looking at August before sports return.

No Demand For Giant Flags
For a company that specializes in dispatching jumbo flags to big events, such as Opening Day, the sports world shutdown has all but stopped business. (Sports Illustrated)

The NBA’s New Identity Crisis
Some are learning to cook. Some are cleaning closets. Some are building 2,000-piece puzzles. The NBA hiatus has players trying to figure out what they like to do when they’re not playing hoops. (Bleacher Report)

Missing The Olympics
Now that the Tokyo games are officially postponed, one writer celebrates the people and competitions he was most excited to watch this summer. (The Ringer)

The Burdens of Billionaires
While billionaire sports owners struggle to navigate this financial crisis, athletes are the ones saving the day. Sixers employees were about to take a pay cut… Until Joel Embiid stepped in. (The Undefeated)

Is The Party Over?
The American economic boom of the last decade has gone hand-in-hand with a fundamental change in the financial reach of college athletics… But the looming economic fallout from the coronavirus pandemic has raised a question that athletic departments of all sizes are scrambling to assess: Is the party over? (USA Today)