Friday has arrived. There’s a potential NBA Finals preview tonight (Lakers vs. Bucks), a UFC showdown tomorrow (Adesanya vs. Romeo), and a must-see USWNT match on Sunday. Peep the weekend schedule at the bottom of today’s edition. But first, a five-goal night in the NHL? 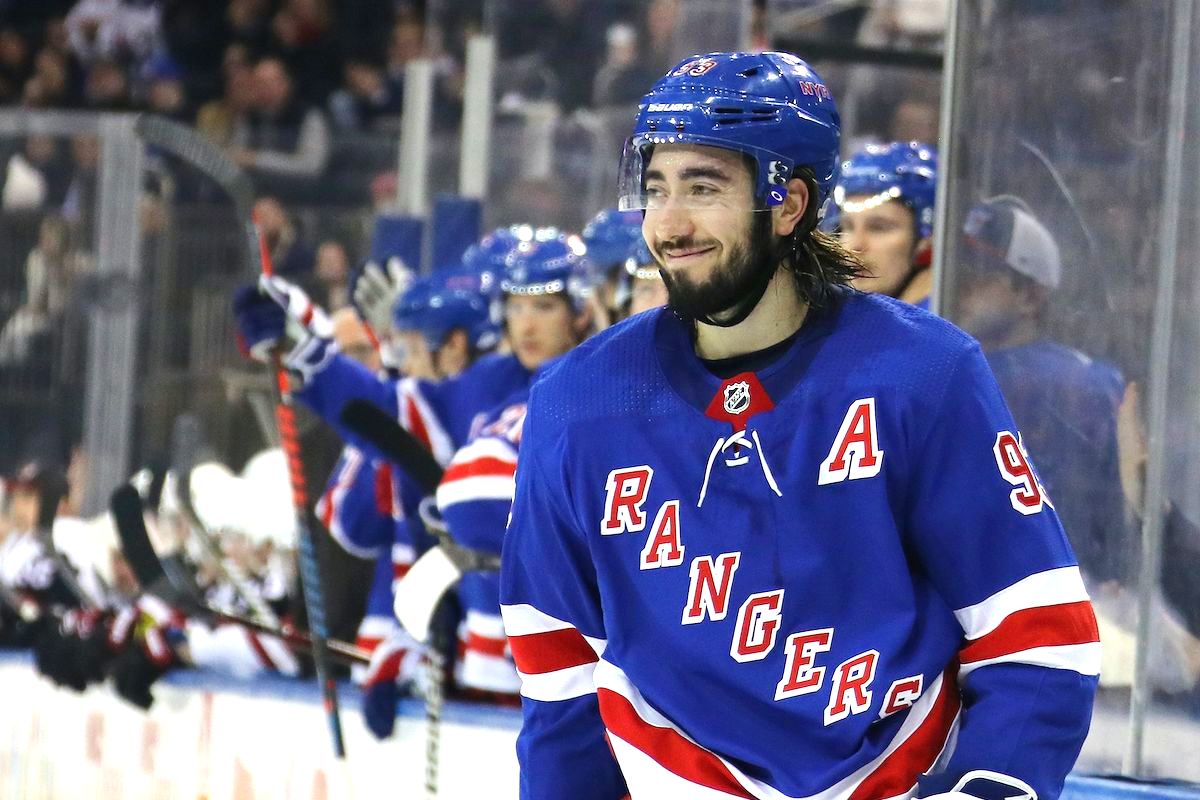 Not one. Not two. Not three. Not four. But five goals last night by Mika Zibanejad lifted the Rangers over the Capitals in a must-win game for New York. One of the best game’s of the NHL season also saw Alex Ovechkin score twice in a back-and-forth affair, but it was Zibanejad who netted the game-winner 33 seconds into OT (6-5, Rangers).

“The puck followed me today, I guess… It’s a night I’ll remember for a long time.” — Mika Zibanejad

Mika Makes History
Zibanejad is just the third Ranger in franchise history to score five goals in a game, and he’s the second player in NHL history to record a five-goal game that included an overtime winner.

Standings Update
The win pulled the Rangers within two points of the Islanders for the second wild card spot in the East. It wasn’t long ago the Rangers’ season was in jeopardy, but five straight losses by the Isles just made things interesting. 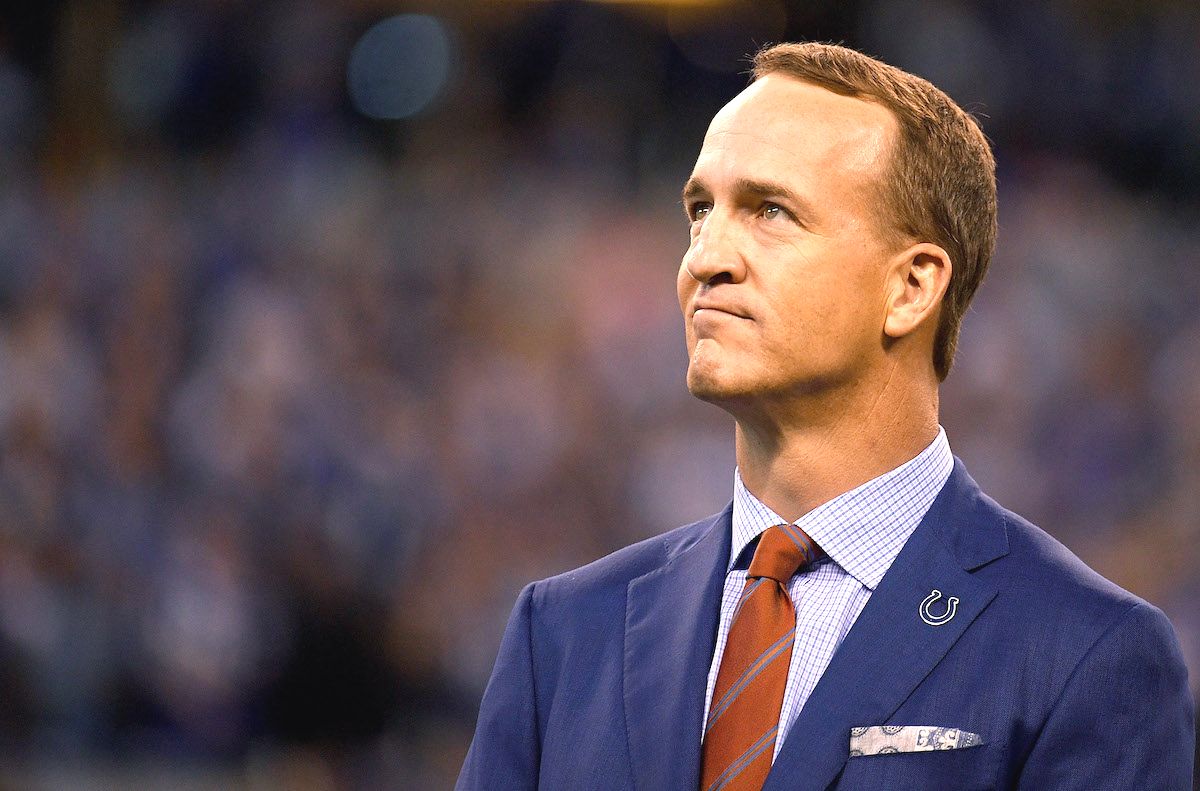 Tony Romo became the highest-paid sports broadcaster in TV history last weekend. That title might shift back to Monday Night Football in the near future. ESPN’s former NFL ratings leader has taken a mighty fall since Jon Gruden left the booth to return the Oakland Raiders two years ago, and they couldn’t sway Romo away from CBS. The new solution? Peyton Manning.

ESPN is preparing to offer the Hall of Fame QB $20 million per year. That bests Romo’s $17 million annual contract from last weekend. Manning has turned down the offer to join Monday Night Football twice before. The network is also looking to acquire Al Michaels from NBC’s Sunday Night Football.

Even in retirement, and in the booth, quarterback is still the most important position in sports. 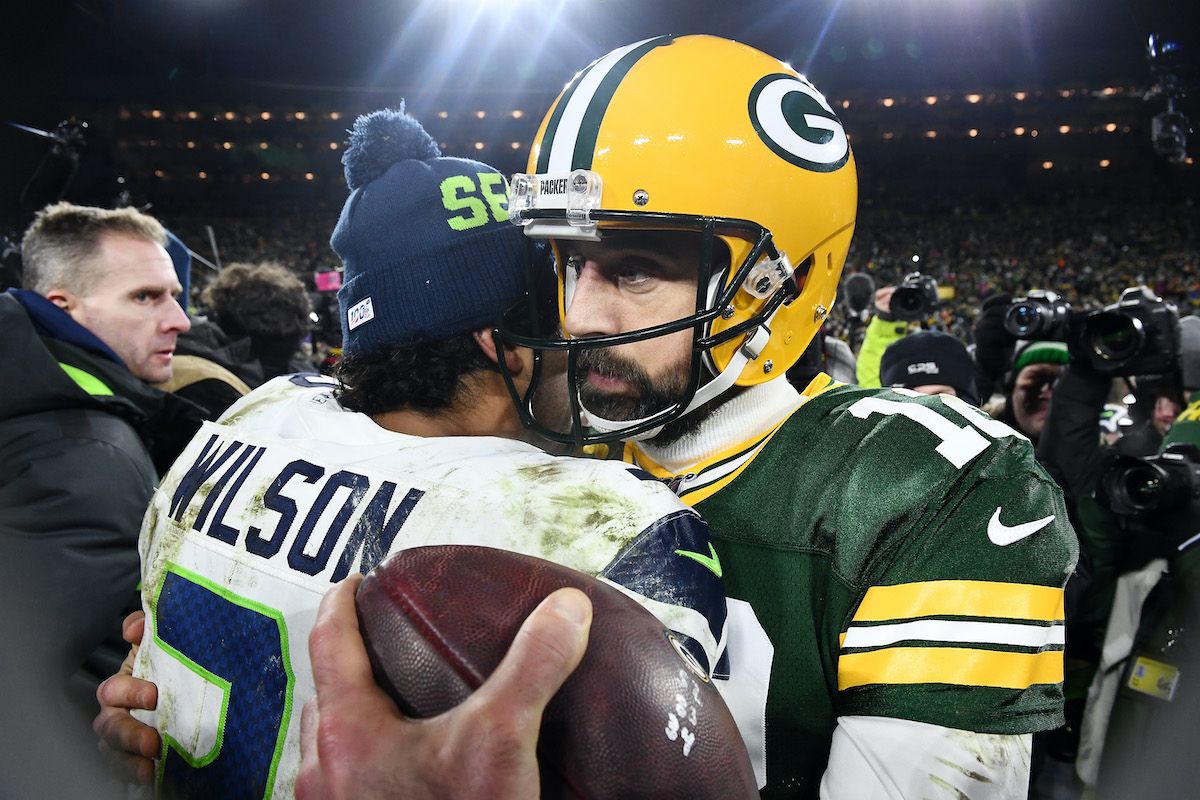 More than a decade of peaceful labor relations comes to an end this week as the NFL’s new Collective Bargaining Agreement (CBA) hits the desk of players around the league. The owner-approved new CBA was a near-split among the team player-representatives, but it passed 17-14-1. Now, all dues-paying members of the NFLPA (roughly 2,000) will vote on the new agreement by next Thursday, March 12 (11:59 pm ET).

There will be controversy one way or another. Plenty of top-tier players have opposed the new CBA due to revenue sharing, player safety, and the addition of a 17th regular-season game. The new playoff format that includes 14 teams (up from 12) is still included in the final version of the CBA. Don’t expect a resolution until next Friday, but plenty of players will be ready to challenge if a 17th game becomes reality.

🏀 NBA: Steph Scores 23 in Return
The Raptors beat the Dubs (121-113), but Steph Curry lifted the lid on a season-long rut for the Chase Center crowd. He had 23 points, 7 rebounds, 7 assists, and a pair of ridiculous 3-pointers in his first game back after missing four months with a broken hand. (NBA)

🏀 More Tourney Upsets Coming?
Glance at the top of Ken Pomeroy’s adjusted efficiency rankings, and the 2019-20 men’s college basketball season might not seem so weird… Stare at them longer, though, and it’s clear that something is different about this year’s top teams. (FiveThirtyEight)

🏈 Miami Dolphins: Worst to First?
You might have heard that Tom Brady’s future with the New England Patriots is completely up in the air… In other words, the Goliath of the AFC East could soon be toppled. (B/R)

⚾️ Will MLB Exist in 2030?
For an institution with such immense financial resources and social inertia, 10 years isn’t a lot. But that doesn’t mean the game—and the league as a whole—won’t change within the next decade. (The Ringer)

The spring sports drag is finally over! A mixed bag of must-see soccer, golf, and UFC joins the basketball and hockey highlights. Next weekend gets even crazier with NCAA conference tournaments and NFL free agency. For now, enjoy a somewhat mild weekend of hoops before the madness consumes the rest of March. Have a great weekend!