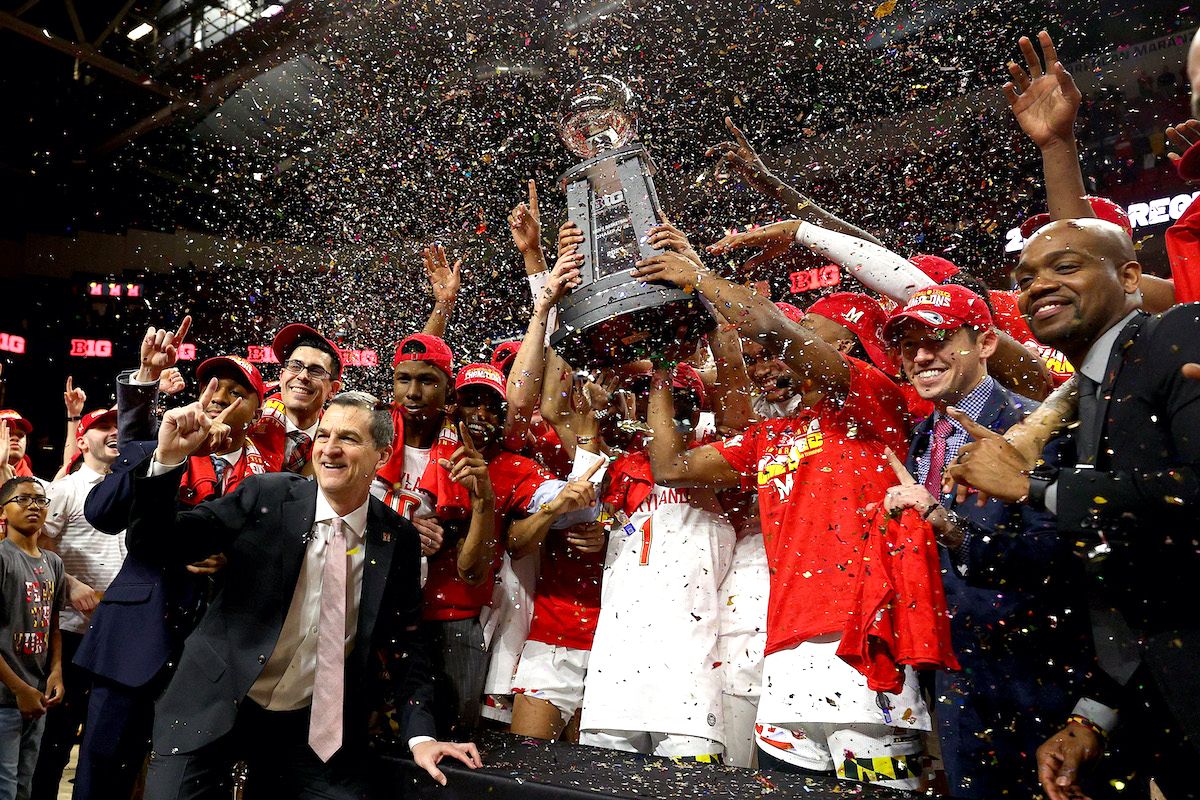 College basketball’s March takeover is about to begin, and the weekend crowned regular-season champs across the country. Here’s the list of winners from the last 72 hours:

⚫️ Big Ten: #9 Maryland, #16 Michigan State, and #24 Wisconsin all finished the conference season 14-6 for a three-way share of the Big Ten regular-season title.

⚫️ Big 12: #1 Kansas already earned a share of conference championship last week, but it became an outright title after #4 Baylor’s second loss in a week to unranked West Virginia. 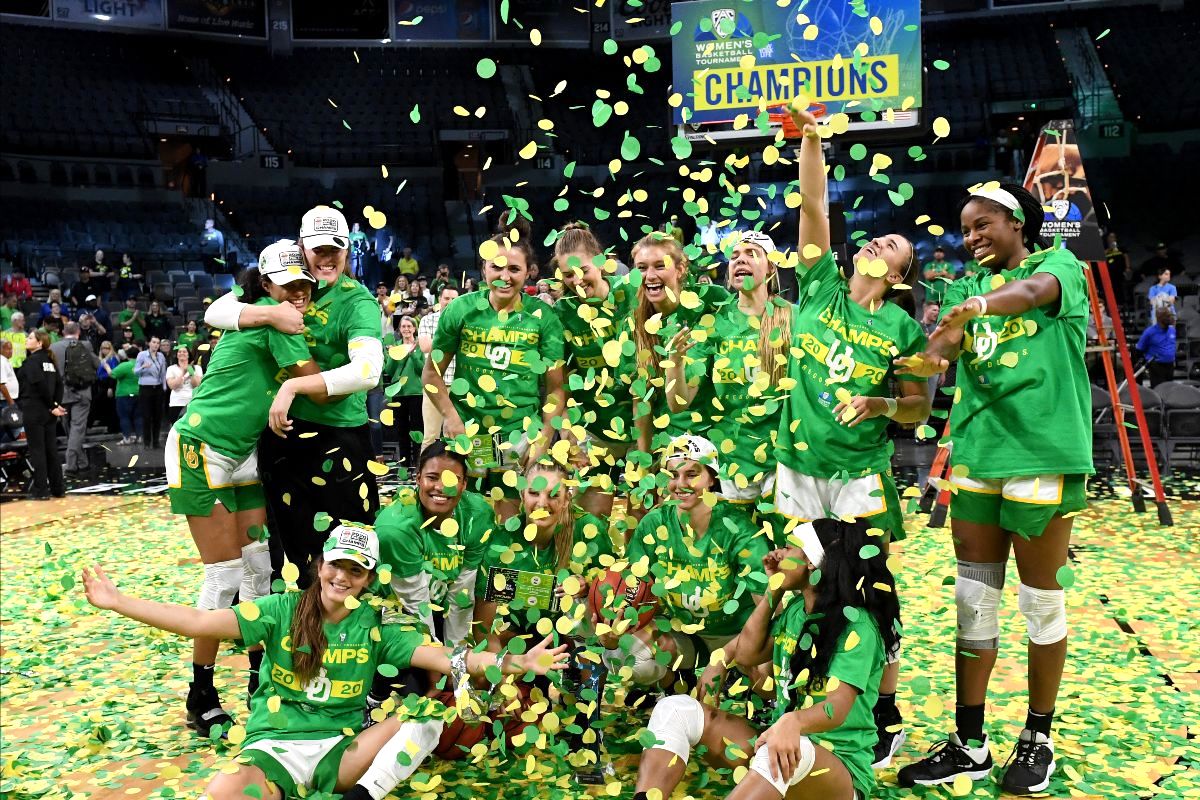 It was a handful of top-ranked blowouts across the women’s tournaments. Oregon, Mississippi State, UConn, and Maryland asserted their dominance atop their respective conferences, but #2 Baylor took a hard fall to end a near-perfect season.

⚫️ SEC: #1 South Carolina ran through the SEC Tournament with nothing but double-digit victories, including a 76-62 win in the final against #9 Mississippi State to cap a 32-1 season.

⚫️ Big Ten: #6 Maryland took down Indiana and Ohio State over the weekend to win the Big Ten tournament title for the fifth championship in the last six years. 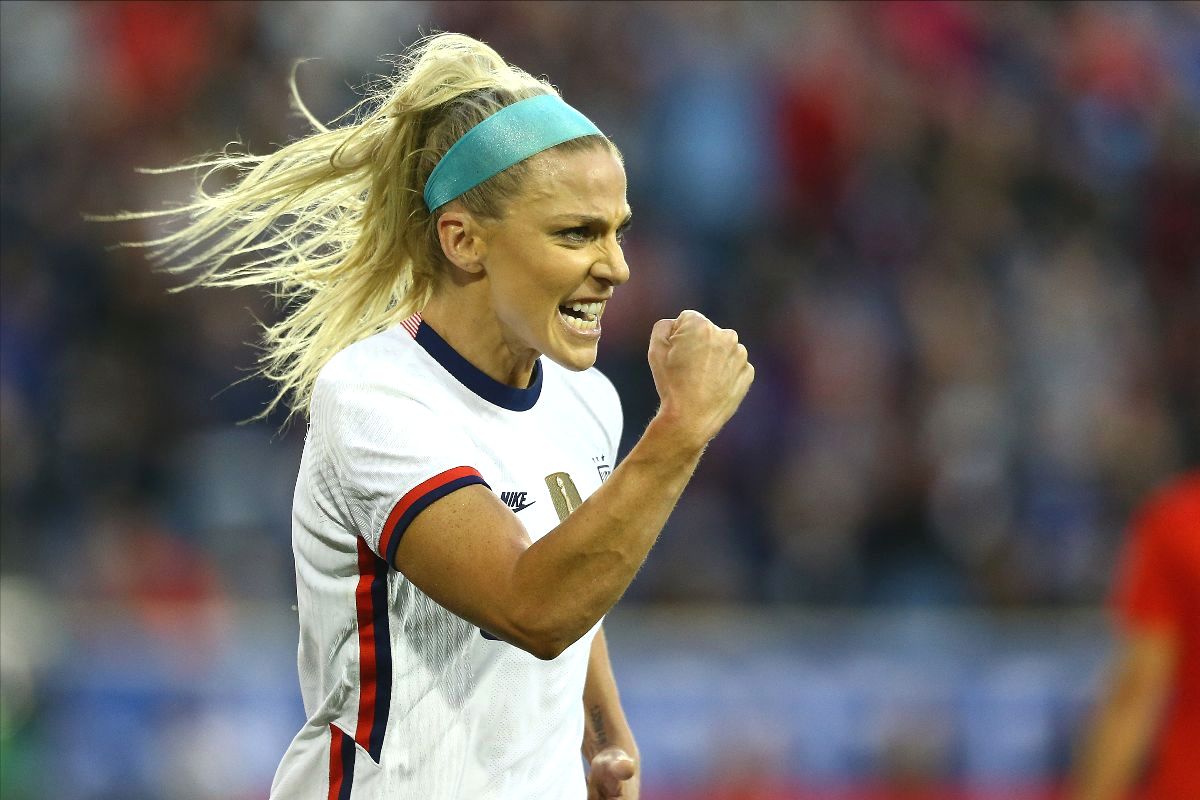 A 14-game win streak was on the line Sunday in Matchday 2 of the SheBelieves Cup, and Julie Ertz struck the game-winning header in the 87th minute. The Ertz goal ignited celebration on International Women’s Day as the USWNT secured a three-point lead in the SheBelieves Cup with one match left to play. Their win streak extends back to the beginning of last summer’s World Cup when they defeated Spain in the opening round. With a win or a draw Wednesday against Japan in Frisco, Texas, the USWNT will win their third SheBelieves Cup in five seasons.

A Pair of ‘Staple’ Victories 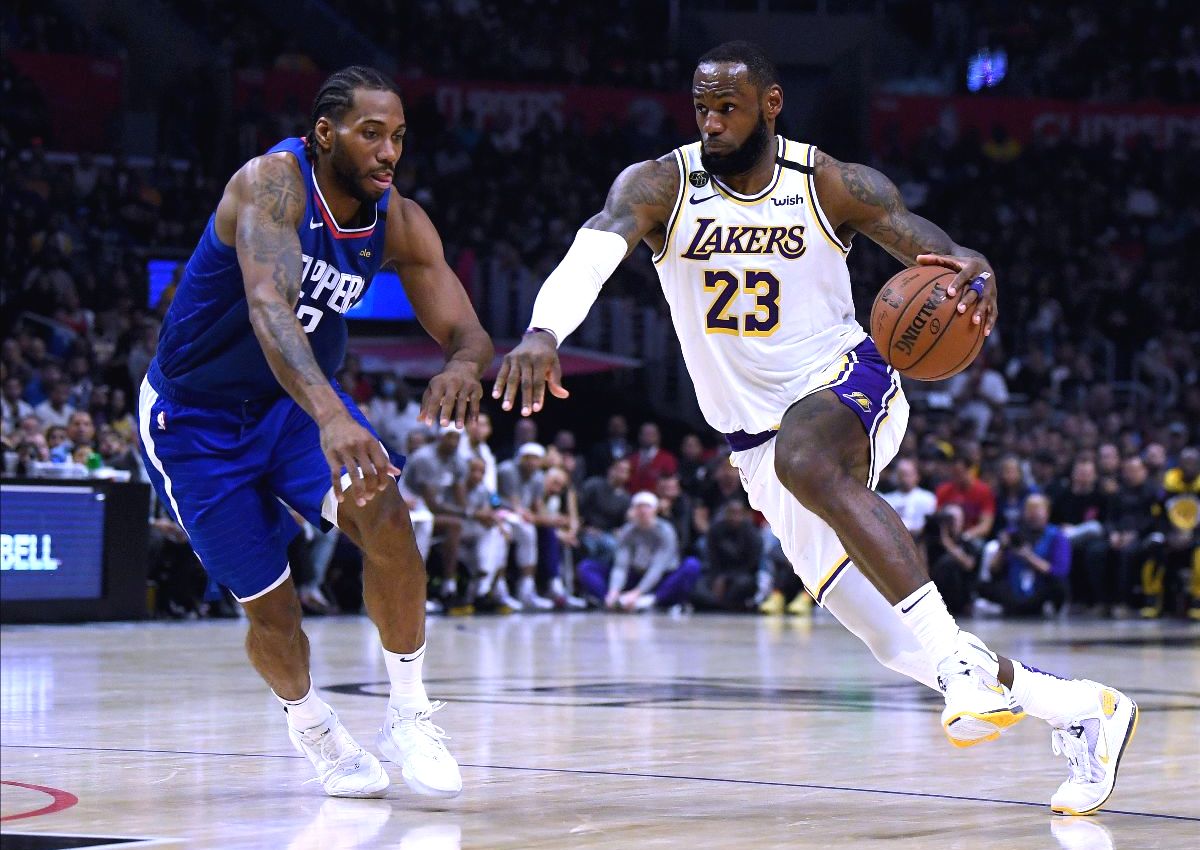 Another crucial weekend in the NBA’s stretch run put the Lakers front and center for a pair of staple wins at the Staples Center against the two biggest threats to their NBA title hopes — the Milwaukee Bucks (113-103) and Los Angeles Clippers (112-103). Anthony Davis scored 30 points in both games while LeBron James’ combined 65 points and two near triple-doubles showcased his dominance in a pair of playoff atmospheres.

“LeBron was unbelievable. This was his best weekend in a Lakers uniform.” —Lakers Head Coach Frank Vogel

Additional Storylines
ESPN: How LeBron and the Lakers Made Their Biggest Statement Yet
The Ringer: Until He Says Otherwise, LeBron James Still Wears the Crown

As the coronavirus concerns grow across the United States, the weekend headlines included a mixed bag of reactions, cancellations, and safety strategies. Here are some of the key headlines on the impact of the virus in American sports:

⚫️ TENNIS: BNP Paribas Cancelled
The tennis tournament in Indian Wells has been cancelled after a case of the coronavirus was confirmed in Southern California. (USA Today)

⚫️ NBA: Plan Submissions by Tuesday
The NBA wants each team to submit their security plans by Tuesday. (ESPN)

⚫️ All Sports: What Comes Next?
The outbreak could prompt alarming ripple effects across American sports this spring, including NBA and NHL playoffs, NCAA Tournaments, and more. (Sports Illustrated)

🏒 NHL: Flyers Extend Streak to 9
The Philadelphia Flyers beat the Buffalo Sabres (3-1) on Saturday to extend their league-best win streak to nine games. Claud Giroux scored twice, and the Flyers are tied with the Capitals atop the Metropolitan Division. (SportsNet)

⛳️ PGA: Hatton Wins Brutal Bay Hill
Englishman Tyrell Hatton hung on to win the Arnold Palmer Invitational on Sunday with a 4-under tournament score. He beat out Marc Leishman and Sungjae Im as difficult conditions wrecked the leaderboard in Rounds 3 and 4. (PGA Tour)

🥊 UFC: Adesanya Stays Perfect
In one of the most disappointing UFC events in recent memory, Israel Adesanya defeated Yoel Romero by decision in Saturday night’s UFC 248. The 30-year-old Nigerian improved to 19-0 to defend his Middleweight title belt despite a lackluster performance. (CBS Sports)