An Ode to Opening Day

QUOTE OF THE DAY
Pete Rose

“I’d walk through hell in a gasoline suit to play baseball.”

An Ode to Opening Day 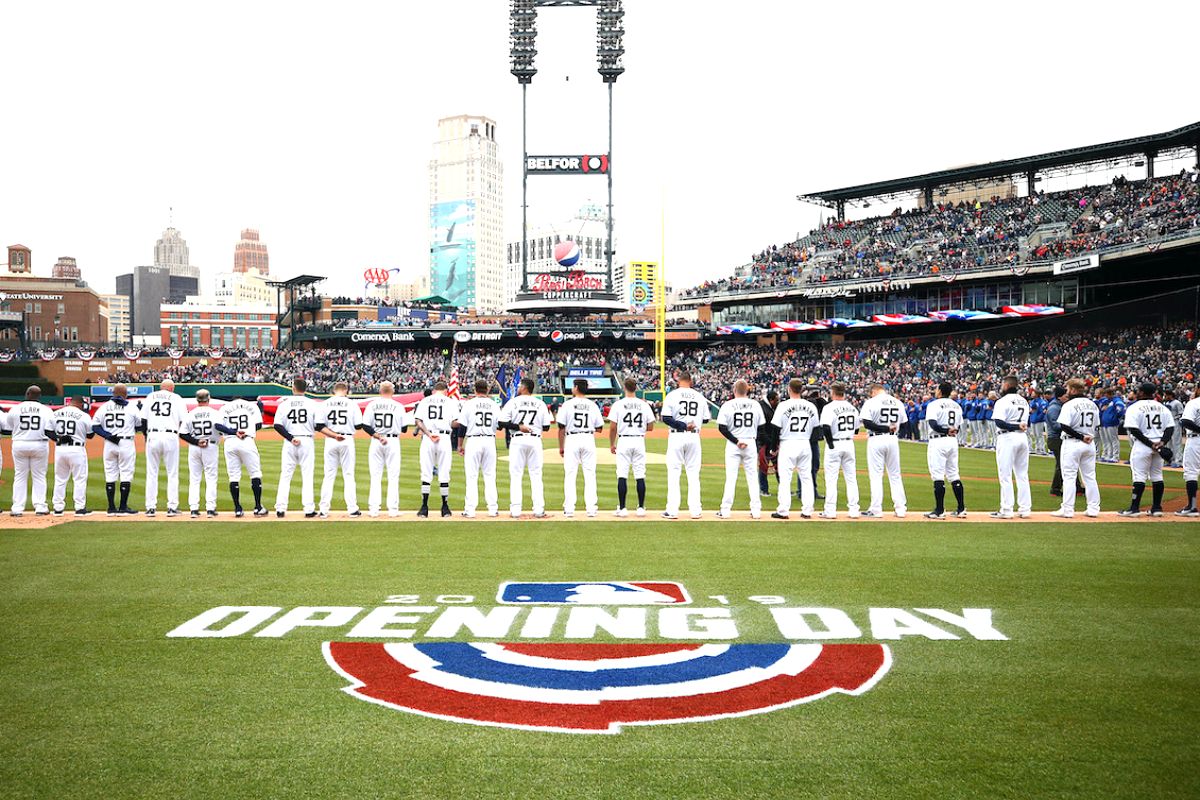 MLB’s Outlook in 2020
Rumors continue to control the headlines regarding the MLB season schedule and if it will resemble anything we recognize. Agent Scott Boras is pitching the idea of a 162-game season concluding with a World Series over Christmas. Meanwhile, Blue Jays GM Ross Atkins likes the idea of seven-inning doubleheaders to streamline the season and complete the full schedule. Rumors, not answers…

Your Ballpark Memories
Earlier this week, we asked Sportsletter readers to send in your favorite memories from the ballpark. The outpouring of responses was overwhelming. I wish I could’ve replied to all of them. Here are a few that illustrate the importance of sports in our lives…

8 Reader Submissions That Show The Power of Sports

⚫️  My wife got me Opening Day tickets for my 56th birthday last year. My first Opening Day ever! Tampa Bay vs. Houston. Got to watch Verlander and Snell pitch. A preview to the ALCS. — Chris C.

⚫️  The last time I spoke to my mom was April 4, 2019 during the Detroit Tigers home opening game against the Kansas City Royals. Mom was in a nursing home, rehabbing from cancer surgery but she wasn’t missing the game… Cancer had metastasized throughout her body and she passed away a week later, but I’ll never forget how happy she was to watch her Tigers at home again! — Carna C.

⚫️  My first MLB baseball game was with my dad when I was 11. We went to see my favorite team, the Chicago White Sox. Frank Thomas and Robin Ventura hit back to back homers and won. Great first game with my dad. Can’t wait for the ball parks to be back open soon! — Kent. B

⚫️  Wrigley Field. Phillies vs. Cubs. Gray and overcast day. Ryne Sandburg solo home run. The lady behind me celebrated so greatly that she poured her beer down my back. Cubs win 1-0. That was a good day. — Chad M.

⚫️  In 2008, my family was back in NY for a wedding, where my parents are from. I got great seats at Yankee Stadium against the Jays. First time my dad had been to the stadium since the 70s. In the fifth, he put his arm around me and said, “You’re a good boy, Jared.” I cry every time I think about this. Including now. — Jared K.

⚫️  August 29, 2013—My wife and I were celebrating our 5th anniversary by watching the Detroit Tigers vs. the Oakland Athletics. The Tigers were down 6-1 in the 5th inning. Trailing 6-3 in the 9th inning…Then Torii Hunter homered, on a 1-1 pitch, ending the game on a walk-off. Happy Anniversary to us! — Marc D.

⚫️  It was opening day at Shea, April 1968, the Mets against the SF Giants. My three buddies and I had tickets for months. We were planning to cut out of school because, THIS WAS OPENING DAY AGAINST THE GIANTS! Mays! McCovey! Our former own Ron Hunt. Koosman loaded the bases but strikes out the Giants on his way to an opening day shutout. Pure ecstasy. Ah, but that was a long time ago. — Mark B.

⚫️  This memory wasn’t made in a ballpark, and that’s the point of this story… I was sitting in the car listening to John Sterling give the play by play of Didi Gregorius’s home plate slide that took the Yankees to the ALCS 2018. That’s what baseball is all about. Baseball is a happy place you can go to whenever you need it, no matter what, who, or where you are. We sure could use some baseball right about now. — Sal G.

Thank you to everyone who sent in your stories. This is why we love sports. 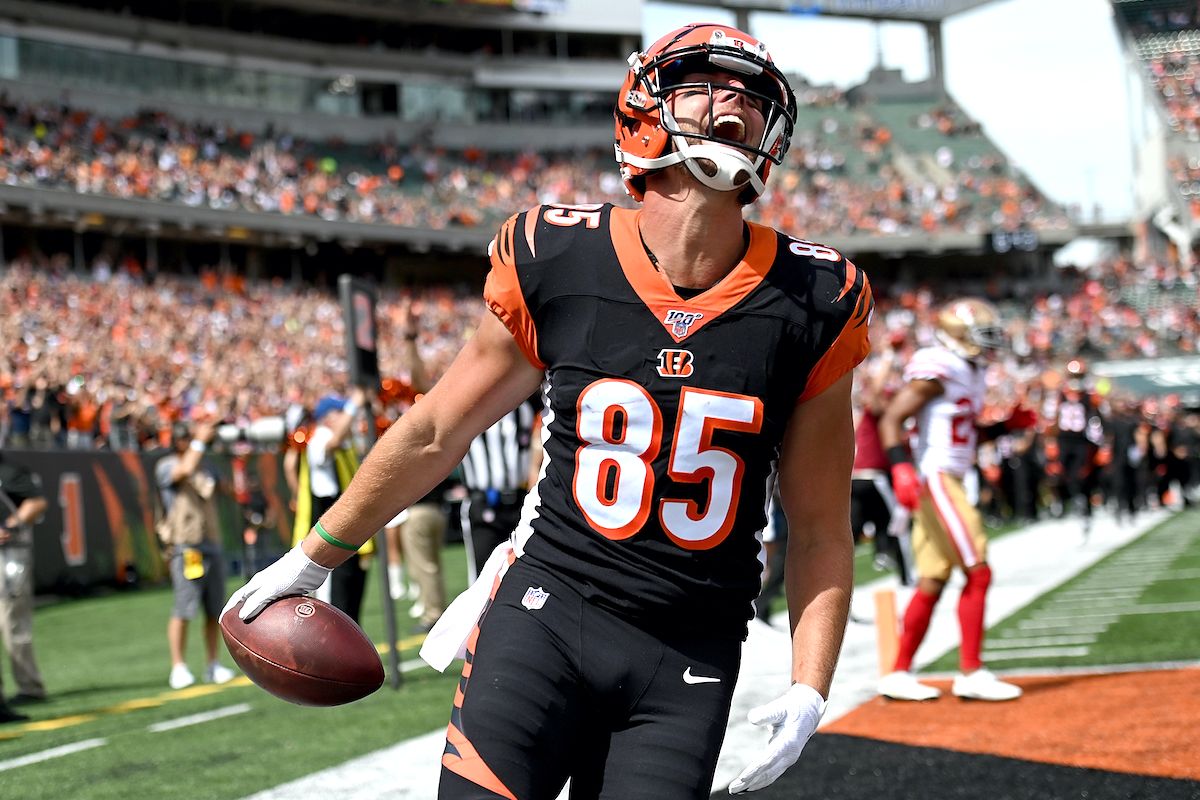 The Latest on Rumors & Signings Across the NFL

Cam Newton and Jameis Winston are free agents. Andy Dalton and Deshaun Watson are the subject of trade rumors. And the NFL Draft looks untouchable despite push-back from GMs. Offseason football news is going to keep things interesting, but questions remain as teams have to prepare for the draft without access to their own facilities. Here are some of the answers — the who’s going where — from the last 24 hours.

TE Tyler Eifert → Jaguars
The former pro bowl tight end missed more than 30 games due to injury in the last three seasons in Cincinnati, but he joins Jacksonville on a 2-year, $15.5 million deal. (NFL.com)

S Vonn Bell → Bengals
The former Saints safety joins Cincy on a 3-year, $18 million deal. Bell played collegiate football at Ohio State, and he joins a defense that loaded up with free-agent signings this month. (ESPN)

DT Ndamukong Suh → Buccaneers
The veteran pass-rusher returns to Tampa Bay on a 1-year, $8 million contract that feels like a “win-now” price tag with Tom Brady in town. (B/R)

DT Dontari Poe → Cowboys
The terms have not yet been finalized, but Dallas added another former Panther to their defensive line alongside Gerald McCoy. (USA Today)

Bird vs. Magic: Part I 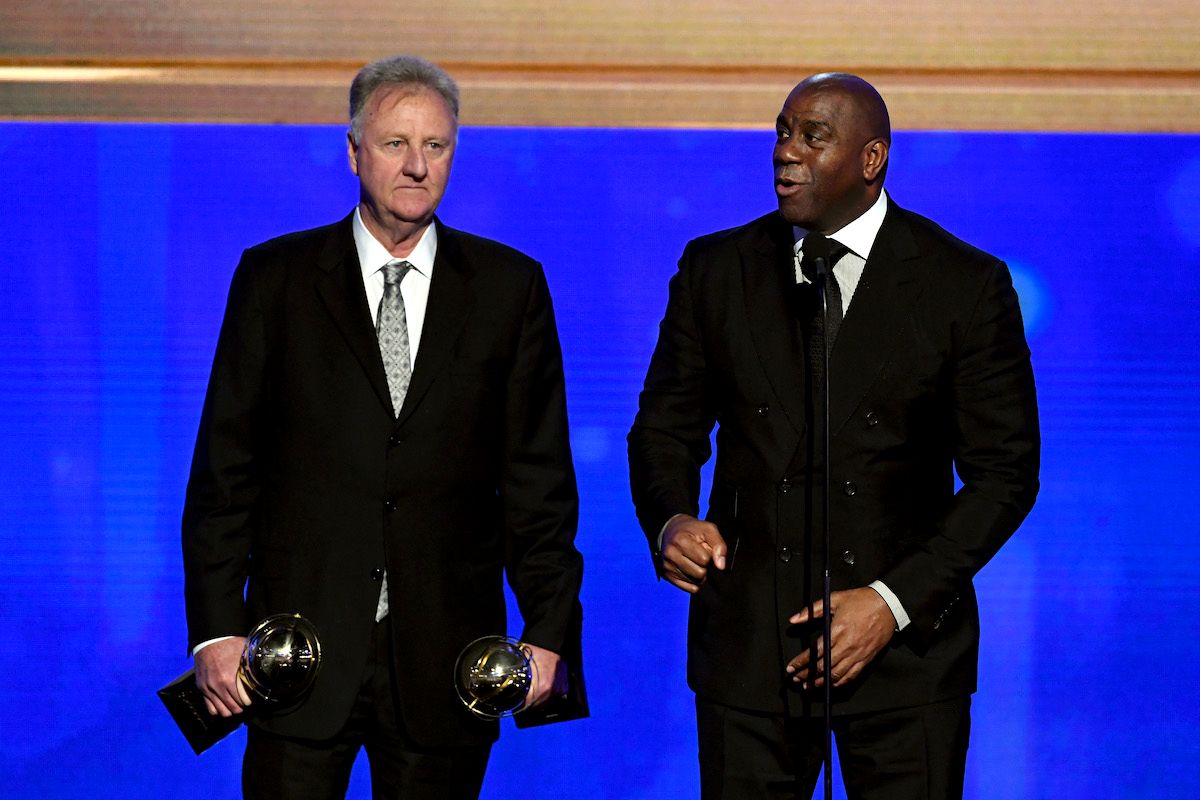 March 26, 1979 — It was the most highly anticipated matchup in college basketball history. Magic Johnson’s Michigan State Spartans defeated Larry Bird’s undefeated Indiana State Sycamores for the NCAA Championship (75-64). Magic won the tournament’s Most Outstanding Player, scoring a game-high 24 points in the title game. The first meeting between Bird and Magic on college basketball’s ultimate stage set the tone for a decade-long rivalry in the NBA between the Lakers and Celtics. And it all started on this day (March 26) with the highest-rated televised game of college basketball, ever.

The Game That Started the Madness (Sports Illustrated)

The Countless Sports Stories We Should Be Celebrating

At a time like this, I like to focus on the good. A global crisis is affecting all of us, and while sports continue to act as an escape from tragedy even without games, athletes are using their platforms to offer support. Here are a few of the many storylines about star athletes helping their communities.

Kyrie Irving: The Nets guard donated $323,000 and launched a campaign to help distribute meals to people in need throughout New York. (CBS Sports)

Cristiano Ronaldo: The Portuguese soccer star is financing hospitals in his home country. Portugal has more than 2,000 cases. (ESPN)

Lionel Messi: Barcelona’s superstar is donating €1 million to hospitals in Barcelona and a medical center in his home country of Argentina. (B/R)

40 Classic Sports Moments
Consider this your streaming guide to sports nostalgia, from Secretariat winning the Belmont to the Warriors blowing a 3-1 series lead… (The Ringer)

Judging A Frantic Offseason
This year’s offseason has moved quickly and been filled with huge, historic names who could radically transform the look of the NFL power structure once the season gets going. (Bleacher Report)

A Blast From The Past
This would have been the opening week for Major League Baseball… In the meantime, you can get your baseball fix with ESPN’s rewind of the Top-10 Home Run Derby performances of all-time. (ESPN)