QUOTE OF THE DAY
Muhammad Ali

Having trouble receiving The Sportsletter lately? We’ve noticed some of our readers have had some issues. If you’ve missed a recent edition, reply to today’s email and let us know. You can also check our website for the latest letter. Thanks!

The Heavyweight Sequel We’ve Been Waiting For 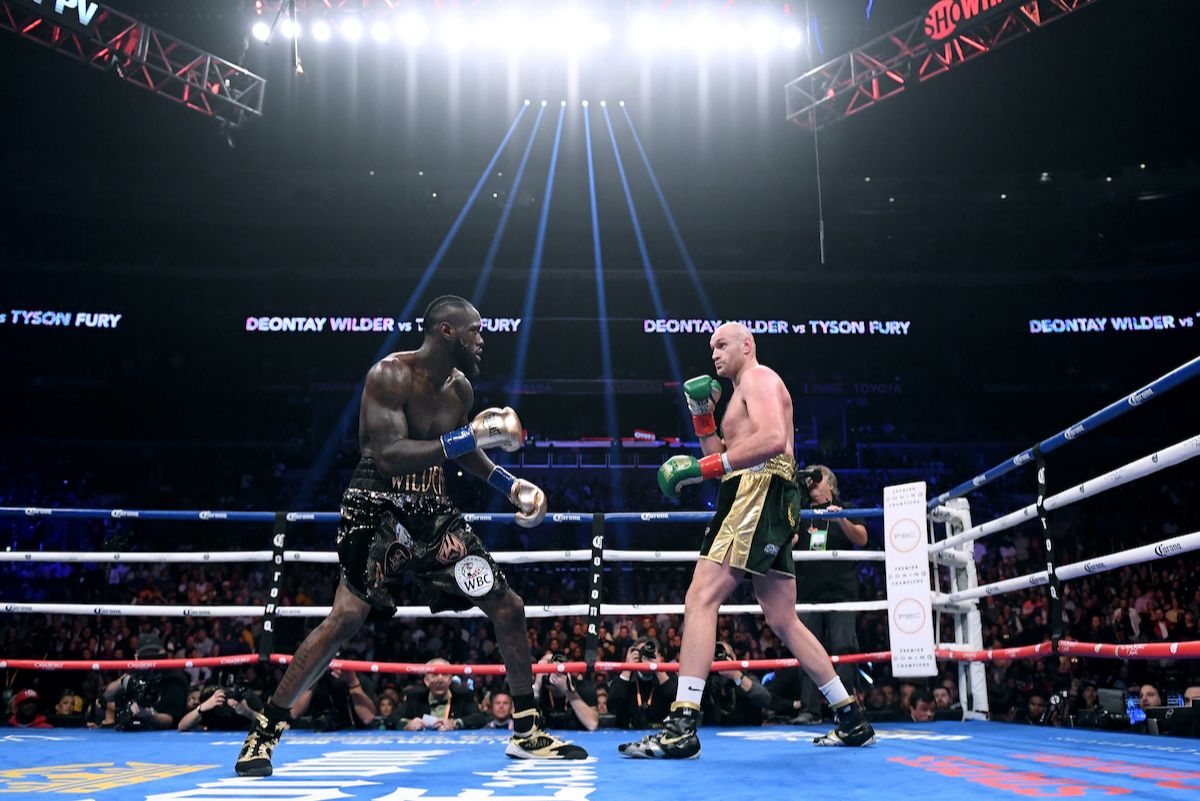 The biggest heavyweight showdown in recent boxing history gets a sequel. It’s the WBC heavyweight champion Deontay Wilder and the lineal champ Tyson Fury this Saturday at the MGM Grand in Las Vegas for Part II. Their first match in 2018 ended in a split decision, and this week’s hype has already lived up to the billing. Friday’s face-off was cancelled after Wednesday’s shoving match, and Saturday’s main event is expected to rake in 2 million pay-per-view purchases at $79.99 apiece. Two years later, let’s run it back!

Who You Got?
Deontay Wilder  |  Tyson Fury 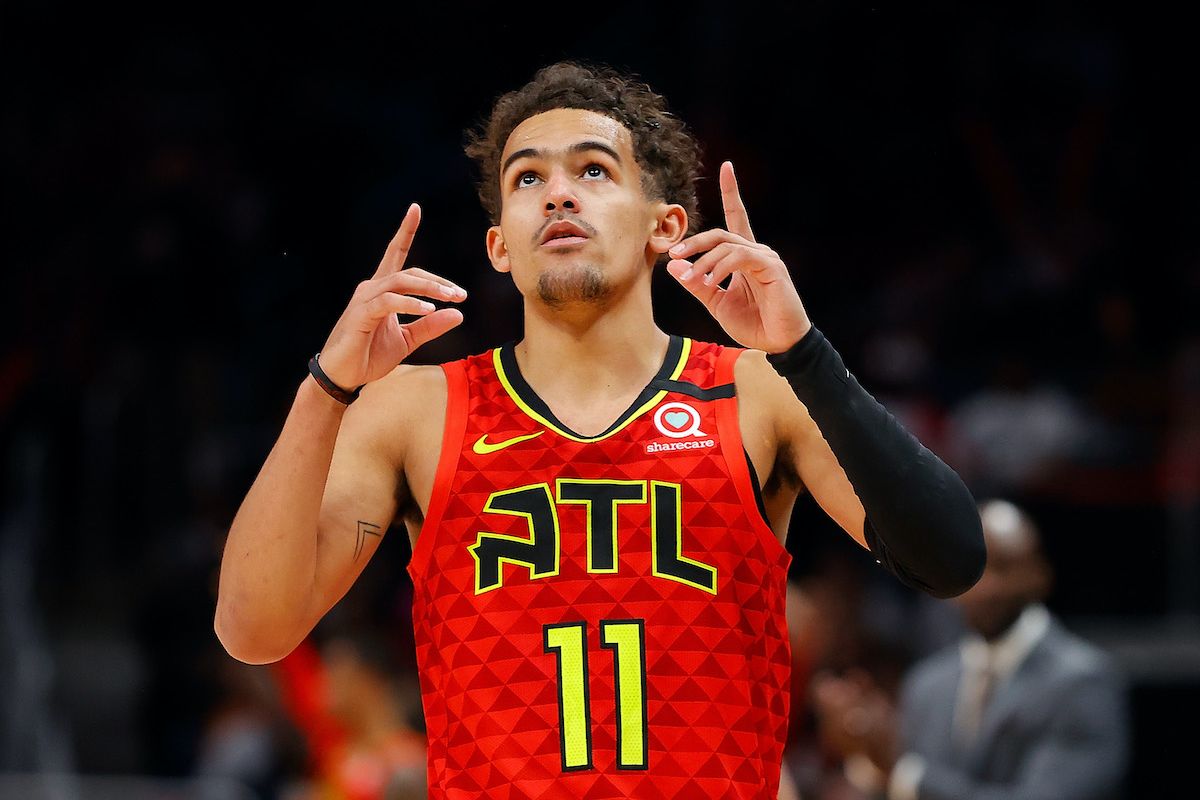 Get a hand up! Don’t matter. Trae Young was hitting from everywhere in the building on his way to a 50-piece Thursday night in Atlanta. The second-year Hawks star dropped half a hundred on just 25 field goal attempts (12-25 FG, 8-15 3pt) and scored 17 of his 50 in the fourth quarter to rally the Hawks past the Heat in an upset (129-124). At just 21 years old, fresh off his first NBA All-Star Game, Young joined some elite company as he became the fourth-youngest player to record a 50-point night (LeBron James, Devin Booker, Brandon Jennings), and he posted his sixth game of 45-plus in less than two seasons.

With Thursday’s rainstorm, Young is now averaging 30 points per game.

Stand or Strip? The Astros’ Title is in Your Hands 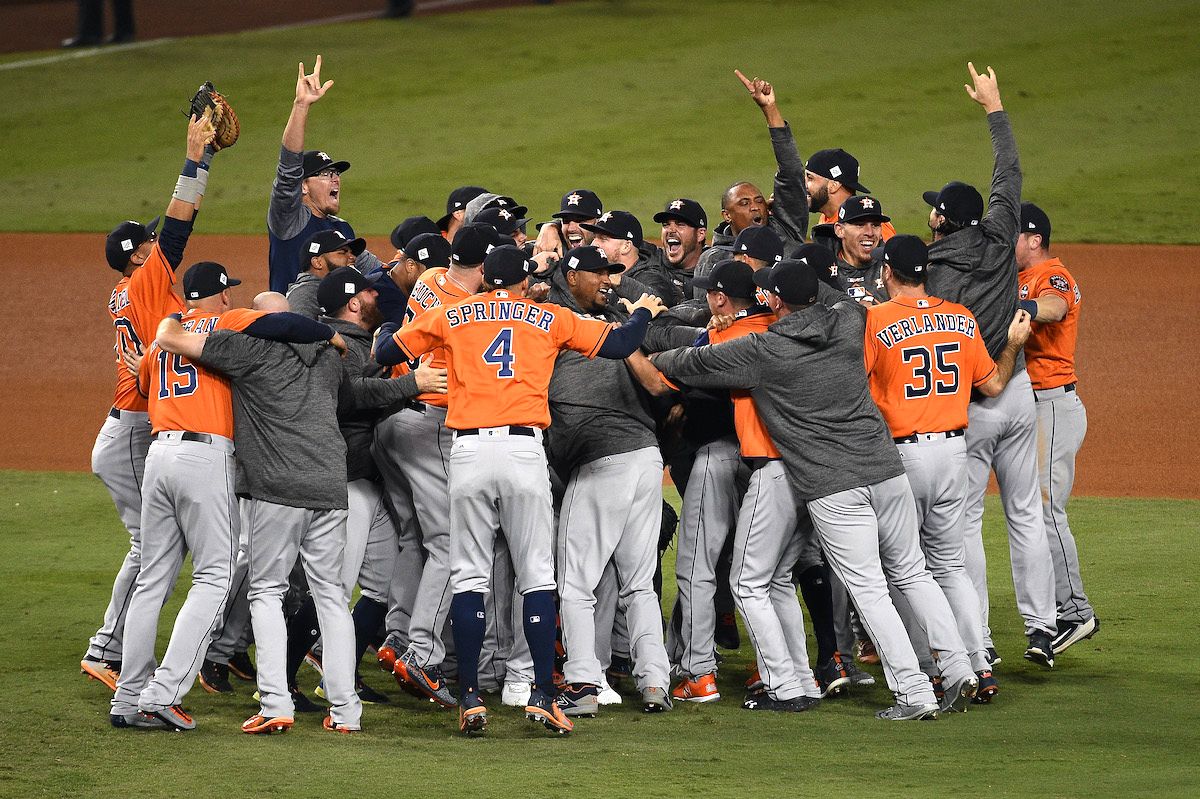 Keeping Up With A Never-Ending List of Astros Hatred

On and on we go, deeper into spring training and further into the mess of baseball’s latest scandal. Here are the latest headlines and news items from the latter half of an arduous week for America’s past time:

– LeBron James tweeted: “If someone cheated me out of winning a title and I found out about it I would be (expletive) irate!” He went on to urge MLB Commissioner Rob Manfred to listen to his players.

– A’s Pitcher Mike Fiers — the former Astros pitcher who first revealed the scandal — has received death threats by Houston fans and criticism from baseball circles. Red Sox legend David Ortiz went so far as to call him a “snitch.”

– A Pennsylvania Little League district took matters into their own hands, suspending the use of the ‘Astros’ team name for the league in the 2020 season.

Do you think the Astros should be stripped of their 2017 World Series title?

🏒 NHL: Ovechkin Scores No. 699
The Capitals lost to the Canadiens in overtime (4-3), but Alex Ovechkin finally found the net again for goal No. 699 off a face-off. He’ll have two shots at history for No. 700 this weekend. (NBC Sports)

🏀 NCAAW: Mississippi State Survives
The 9th-ranked women’s basketball team in the nation needed a 14-point comeback to escape lowly Auburn in overtime on Thursday (92-85). Rickea Jackson had a monster night with 34 points. (ESPN)

⛳️ PGA: McIlroy Masters Mexico
The WGC-Mexico Championship teed off from Chapultepec Thursday and Rory McIlroy grabbed control of the leaderboard (6-under). Bubba Watson and Justin Thomas are in hot pursuit at 4-under heading into Round 2 today. (PGA Tour)

⚾️ MLB: I Wish I’d Been Wrong
Cincinnati Reds pitcher Trevor Bauer called out the Astros two years ago for cheating without much evidence. For baseball’s sake, he wishes he’d been wrong. (The Players’ Tribune)

🏀 NBA: The Grizz Got Next
Their biggest stars are too young to drink, their GM once was an intern at a law firm, and their coach has the team playing kickball in practice. It’s no wonder the Grizzlies are the NBA’s ‘it’ team. (B/R)

🏈 NFL: The 2020 Draft Guide
The NFL Scouting Combine begins this Sunday just two months prior to the 2020 NFL Draft. Consider this your one-stop shop for all things draft-related leading up to the first round on April 23. (The Ringer)

It’s back to regular-season basketball, hockey, and soccer this weekend, but boxing’s ultimate showdown will garner the attention of the sports world on Saturday night. We’ll crown a new heavyweight champion of the world in Monday’s edition!